Home News THE GOLDEN HORDE IS NOT THE STATE?

THE GOLDEN HORDE IS NOT THE STATE? 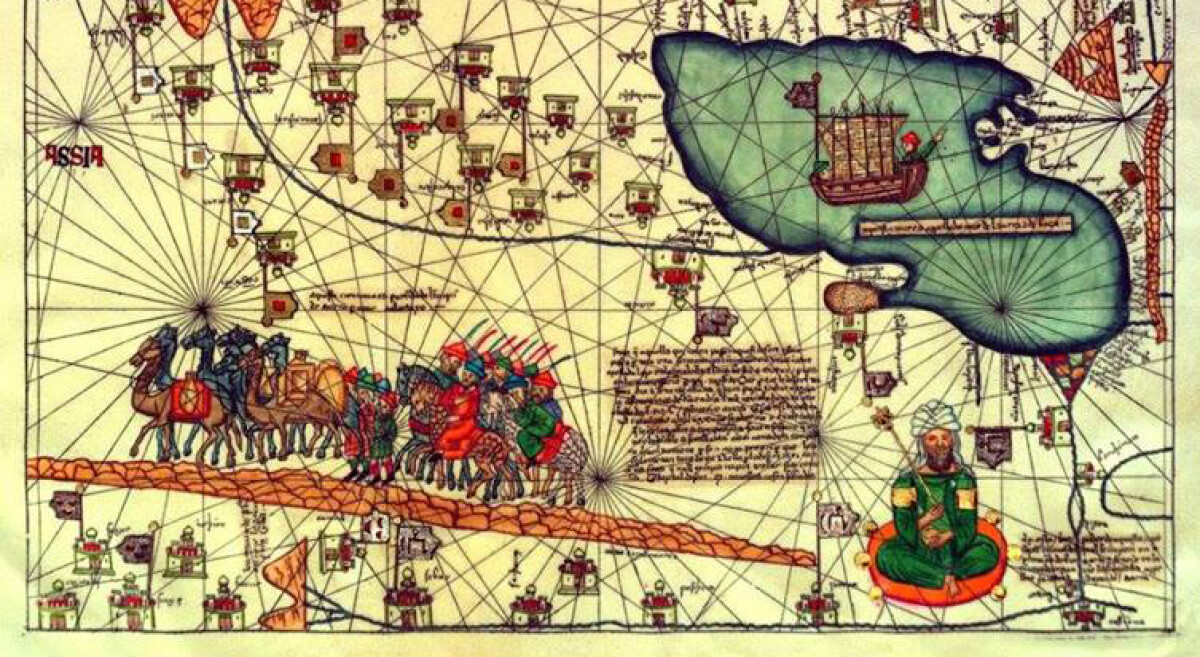 In March 2017, V International Golden Horde Forum "History of the Golden Horde and Tatar Khanates" was held in Kazan. Zh. Sabitov shared his impressions with the NDH portal

The Center for Research of the Golden Horde and Tatar Khanates of the Institute of History named after Sh. Mardjani of the Republic of Tatarstan initiated and organized the forum. The forum was timed to celebrate the 750th anniversary of the founding of the Golden Horde. The forum has become a major event in the scientific life of researchers of the Golden Horde theme. The geography of the forum is extensive: 113 scientists, 64 scientific centers from 18 countries: Great Britain, USA, France, Hungary, Serbia, Egypt, Italy, Kazakhstan, Mongolia, Finland, Croatia, etc. have submitted applications for participation in the V forum. Kazakhstan scientist Zhaksylyk Sabitov represented Astana on this eminent forum is not the first time. 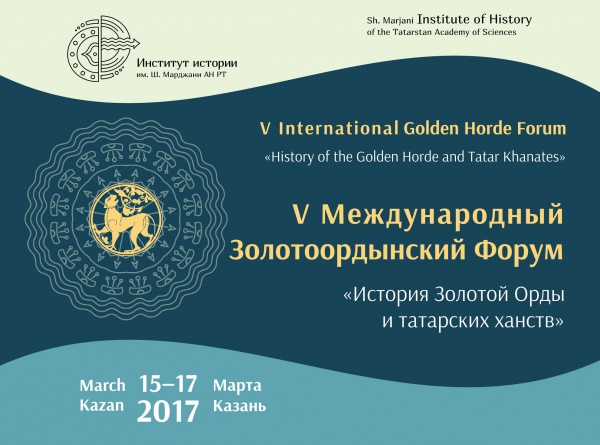 - Your name has already gained certain fame in scientific circles, however, how did you get to the conference?

- The procedure for getting to such conferences is common. It is necessary to submit your application for participation in the conference before a specific deadline, as well as the main theses of your speech. I did everything on time and got to the conference.

Here it can be noted that I visited all five Golden Horde forums that have been held since 2009 every two years. Therefore, there is nothing surprising in the fact of my getting to the conference.

- What are the main working problems, the questions were announced in the conference program?

the name "Golden Horde" is conditional. In fact, this state was called Ulus Juchi or Ulug Ulus, and the Golden Horde is the name of the rate of rulers of Ulus Juchi.

- Do these problems reflect modern trends in the world historical science? 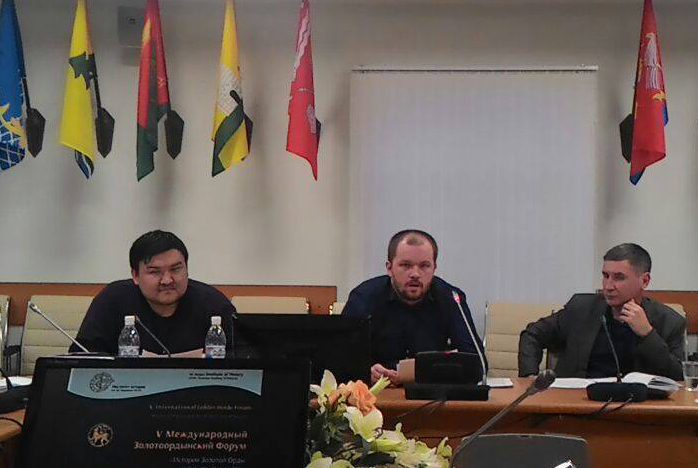 - Does Kazakhstan's historical science keep up with the main world scientific trends or remain at the level of gathering facts and praising individuals?

- There were several scientists from Kazakhstan at the Golden Horde forum: Yulai Shamiloglu and Nurlan Kenzheakhmet from Nazarbayev University, Zh. Sabitov and A.K. Kushkumbayev from ENU named after L.N. Gumilyov. At the moment, these historians and about the same number of orientalists - these are people who at a high scientific level can participate in a discussion about certain aspects of the history of the Ulus Djuchi. In general, we have good medieval scientists, but there is no well-established scientific work.

Kazakhstan for historical research spends hundreds of times more money than Tatarstan, but the efficiency is tens of times smaller.

As for the whole of historical science in Kazakhstan, I think that

now science is in deep crisis because of the lack of strategic planning, the weak prestige of the historian's profession and the weak scientific environment.

- With what scientific achievements did you go to the conference?

- I took two reports to the conference - personal and joint reports. My personal report was devoted to the possessions of Tuka-Timur (son of Juchi) and his descendants in the 13th-14th centuries. This topic is interesting, since the Tuka-Timur is the direct ancestor of the Kazakh Khans Janibek and Kerey. Initially, his possessions were on the territory of Kazakhstan, but according to my hypothesis Tuka-Timur was transferred to the West, where he got possession of the Crimea. According to the famous numismatists Konstantin Khromov and Vladimir Nastich, he owns one of the first independent coins in the Ulus Dzhuchi (Golden Horde), minted in 1260-62. Then, after him, the Crimea was ruled by his son Uran-Timur, and after that, in the time of Nogay Emir, Achik, the son of Uran-Timur and the great-grandfather of Urus Khan, the founder of the Kazakh dynasty of khans, ruled in Crimea. Thus, the ancestors of the Kazakh khans for some time ruled in the Crimea. Another son of Tuka-Timur ruled Mangyshlak among the Turkmen. In general, by 1359 the Tuka-Timurids were a large clan that fought for power in different parts of Ulus Juchi.

My second report was made with the participation of our famous orientalist Kambarbekova Galiya Amzeevna. She took the trouble to translate the information of Khondemir about Muhammad Sheibani and I also in our joint article compared this information with other sources. As a result, Iranian sources are in many ways more adequate in assessing history than sources from Central Asia.

Now we can say with great confidence that the Kazakhs took a lot of part in the process of the conquest of Central Asia by Muhammad Sheibani.

- The theme of the Golden Horde's legacy is very important. Many people pull the blanket over themselves, but not Kazakh historians. At the same time, the status of Kazakhstan as one of the main heirs is difficult to challenge, what do you think?

- Yes, Kazakhstan is one of the main heirs of the Golden Horde, along with other countries. This is understood by our rulers and the people themselves, but

many Kazakhstani historians since the Soviet times still believe that Kazakhstan is not related to the Golden Horde, but comes from the phantom state Ak Orda.

Actually, Kazakhstan does not participate in the "political struggle" for the "symbolic heritage of the Golden Horde." Here I am as a scientist want to say that any attempts to privatize the Golden Horde and attribute it to one modern nation are unscientific.

So the politicization of this scientific issue is not needed. But here it is necessary to avoid the other extreme, namely the complete ignoring of historical symbolic dates. We often simply ignore the symbolic dates related to the Golden Horde. In 2013, Tatarstan celebrated 700 years of the adoption of Islam in the Golden Horde. In Kazakhstan, this date was missed. In 2019, Tatarstan will celebrate the 750th anniversary of the formation of the Golden Horde as an independent state. This was officially announced at the fifth Golden Horde forum in Kazan. If in this case Kazakhstan also misses this anniversary, it will be very sad, since the events of the Talas kurultai of 1269 were unfolding in the territory of Kazakhstan, in the modern Zhambyl region.

- What is the significance of the conference for the history of Kazakhstan, Tatarstan and the world scientific community as a whole?

- This is the strongest conference on the "Golden Horde" in the world. Many things that you will hear on it, in a decade will fall into the school history books or become part of the mass culture. Therefore, for beginners-novice historians, such a conference is like looking into the future on a "time machine". Also for young historians, this conference on the one hand allows increasing their level of competence, and on the other hand it allows them to establish social ties with other historians.

- What interesting things did you discover in Kazan?

- For me, scientific reports were interesting in Kazan. The excursion to Bulgar was also interesting. 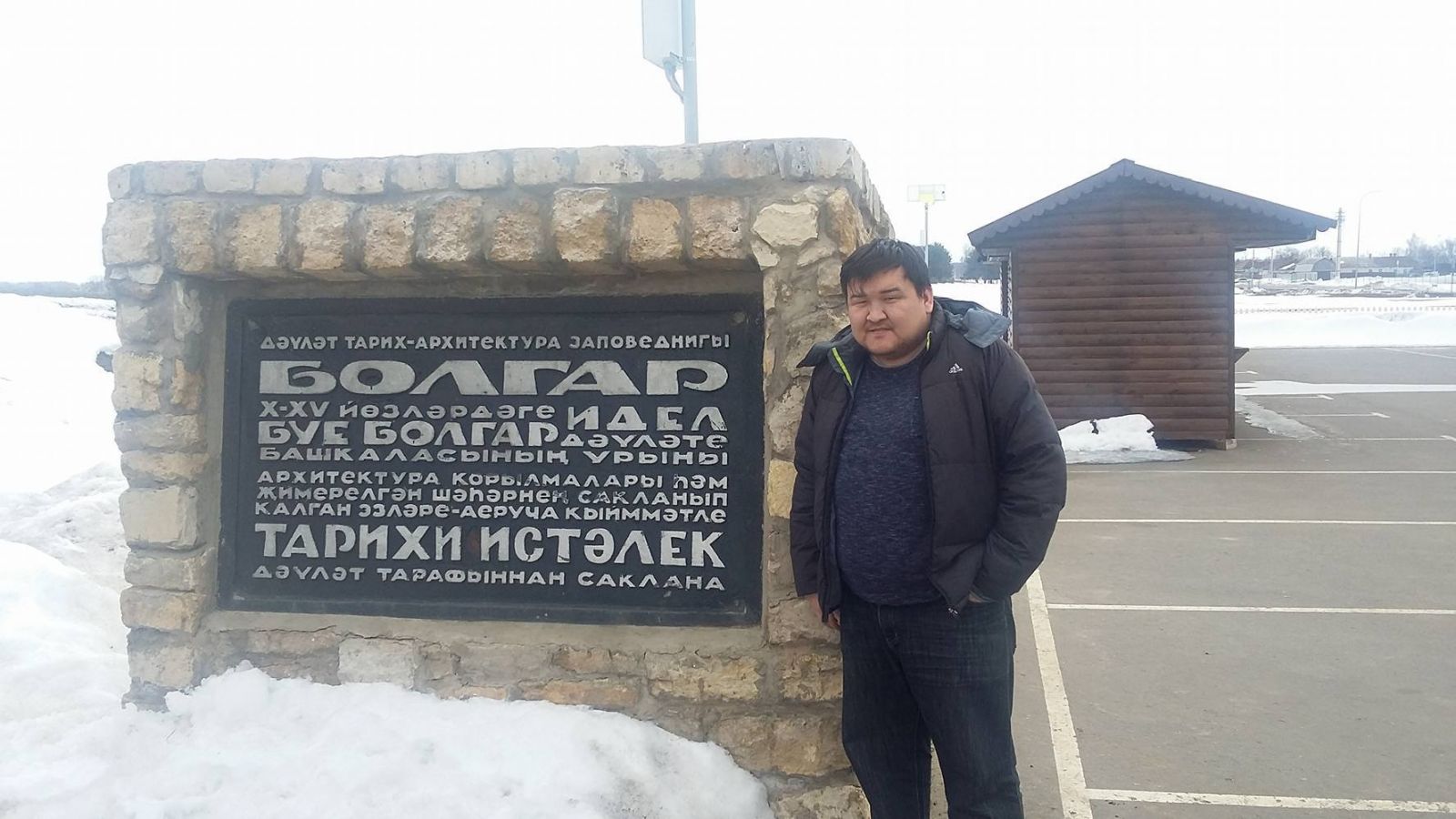 - What surprised you in the culture and traditions of the Tatar people?

- I have been traveling to Kazan every year since 2009, so it's hard to surprise me. I can note in the Tatars their hospitality and strong cohesion.

- I ask you to disclose the main achievements of scientists on the theme of the Golden Horde.

- I will list below, in five paragraphs, what historical science has achieved that studies the Golden Horde in the last 10 years.

1. It is proved that the first khan of Ulus Dzhuchi (Golden Horde) was Mengu-Timur, grandson of Batu, and not Juchi or his sons Batu or Berke who were rulers of Ulus Juchi, but did not accept the khan's title and did not consider themselves independent and sovereign rulers.

2. The coins of the rulers of Ulus Juchi allowed opening many new things, by revealing new names of khans and by clarifying the chronology and geography of the khans of Ulus Juchi.

On the main photo: fragment of the Catalan atlas of 1375 with the image of Janibek Khan.