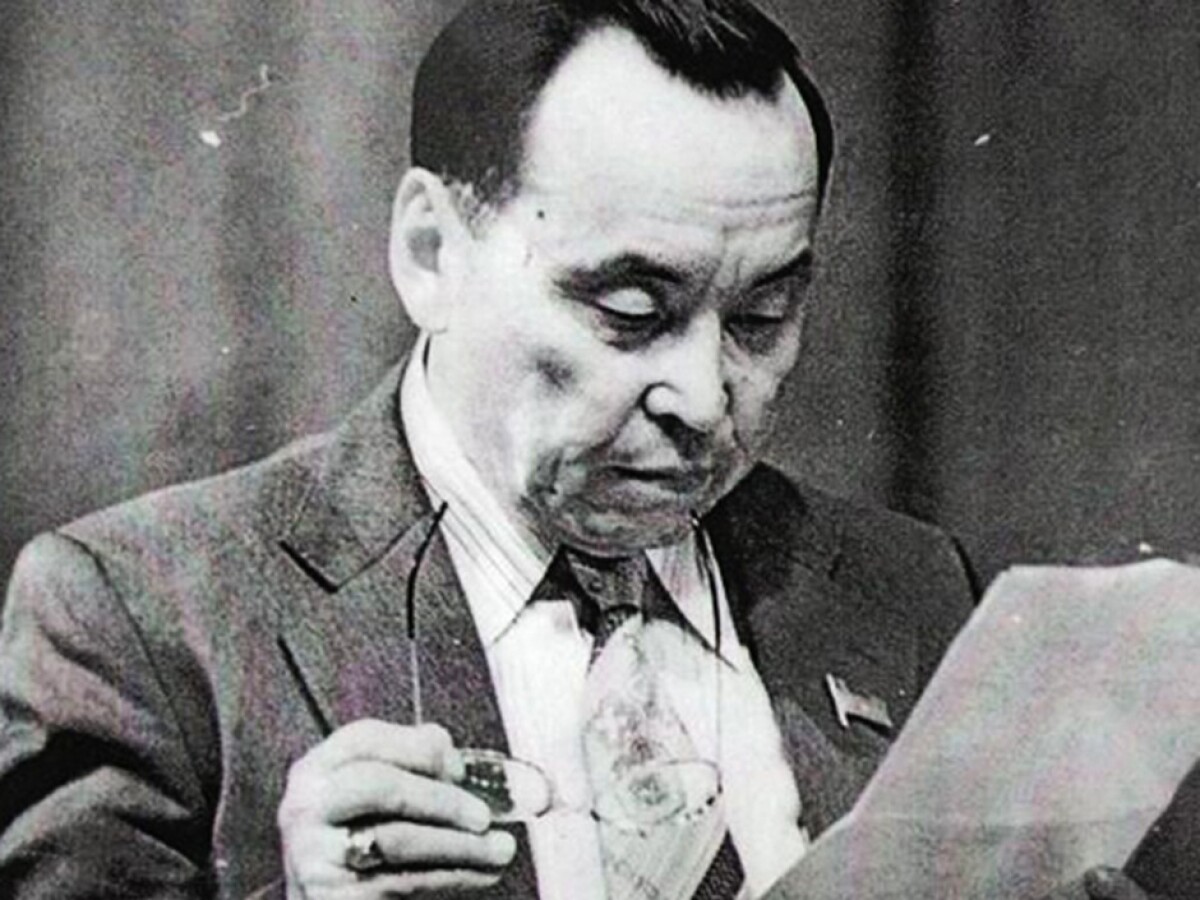 The Report at the Council of Kazakhstan writers with participation of the First Secretary of the Communist Party of Kazakhstan on 31 December 1986.

When I was informed about this meeting, I did not believe my public speaking skills and Olympic moderation, wrote down some questions I would like to ask from tribune. Right or wrong, but I believe that people should be unselfish, open-hearted to make a mistake without a fear, however, people keeping silent or pretending, showing off rather than acting, always win.

If you look at the surface of the truth, it is possible to remain outside criticism, supporting criticism vehemently. Good and reasonable words cannot be a guarantee of good and correct things. It often happened so.

Speaking politely, many events happened before writers’ eyes. However, we must admit that our Kazakhstan writers were not brave enough to talk about it from tribune or on the pages of publications.

I consider opportunism of our books, remoteness from urgent problems depend on inactivity of our civic position. The following reasons contributed to it: people’s deviation from usual, preventive thoughts have led to sticking stigma on writers (not only them), accusing them in political apathy, misunderstanding of situation and exaggeration. I reminded these dishonest facts for the future. It is necessary to remove all the obstacles on the way to succeed and progress. We cannot destroy the evil, until we destroy the reason causing it.

We have some legal requirements to the level of political-educational and ideological work. Its stereotype, limited effectiveness, divorcement from reality in virtue of human thinking and suffering led to weakening of position of humanity measurement and sometimes to its loss. 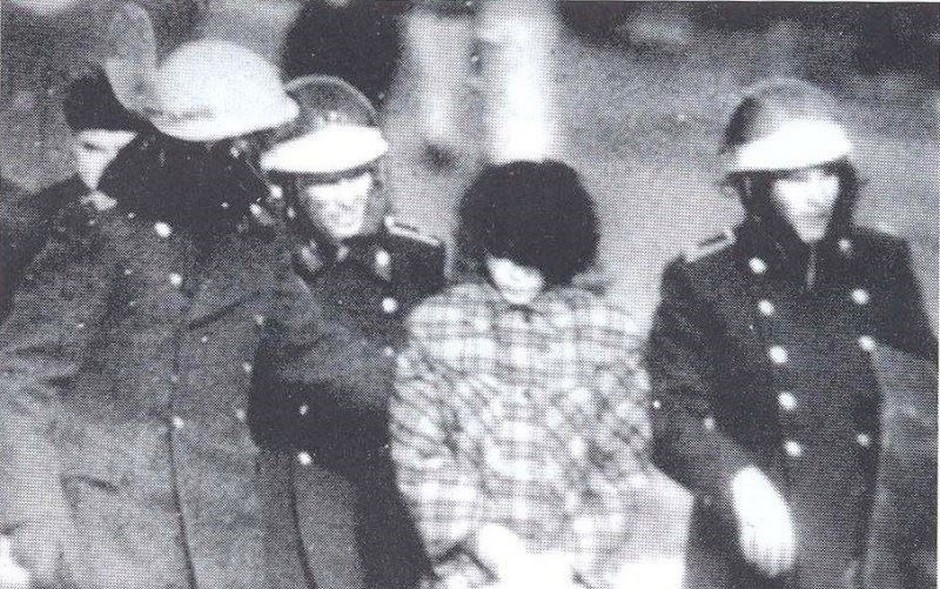 A sad indicator of the above are events that happened on 17 and 18 December (1986) in Almaty. I cannot imagine Kazakhs’ lives without international friendship, first and foremost, without friendship with the Russian people. I sought to strengthen this friendship all my life. Nobody can dissuade me from it.

But if I say that I support water attack of fire-fighting cars, evil dogs, multi-layered rubber hoses against young boys and girls who became victims of hypocritical civil unrest, I would not be honest with myself and with you. I care about the following issues: were we convinced that all who were called to establish order and all armed soldiers were not perfect internationalists? Were there those, who took advantage of the situation, drove disorder participants to despair and spread racial disorder? As witnesses said, they had beaten 17-18-year-old young girls dragging by hair. Eventually, they insulted and scared people in the public transport, in the streets and in other public places. When I heard about that shameless incident and what happened after it, I repented that I have lived to see this day. I fully support the destruction all resistance against the society, because democracy is not anarchy. Even so, we should not deprive conviction of the guilty in it. We are responsible both for their actions and civilian future.

The events that happened in Almaty were assessed. However, I consider that Central Committee of the Communist Party of Kazakhstan and you, Kolbin should carefully and comprehensively analyze the issues of international education and interethnic relations in the republic. We say that Kazakhstan is a planet of hundred nationalities and I consider that it is right. Anyway, it sounds nice and powerful. Did anyone wonder how each of them live? Did anyone think that most of them wish to have their national schools, kindergartens, books and publishing houses? Who have these conditions of those nationalities except Kazakhs, Russians, Uighurs, Koreans and Germans. I could not think that some people strive for alignment of the national traditions and culture, the acceleration of deformation of language situation. I just want to say that all problems arise because of our inability to use countless opportunities provided by our society for the prosperity of all cultures, despite the number of each nationality. 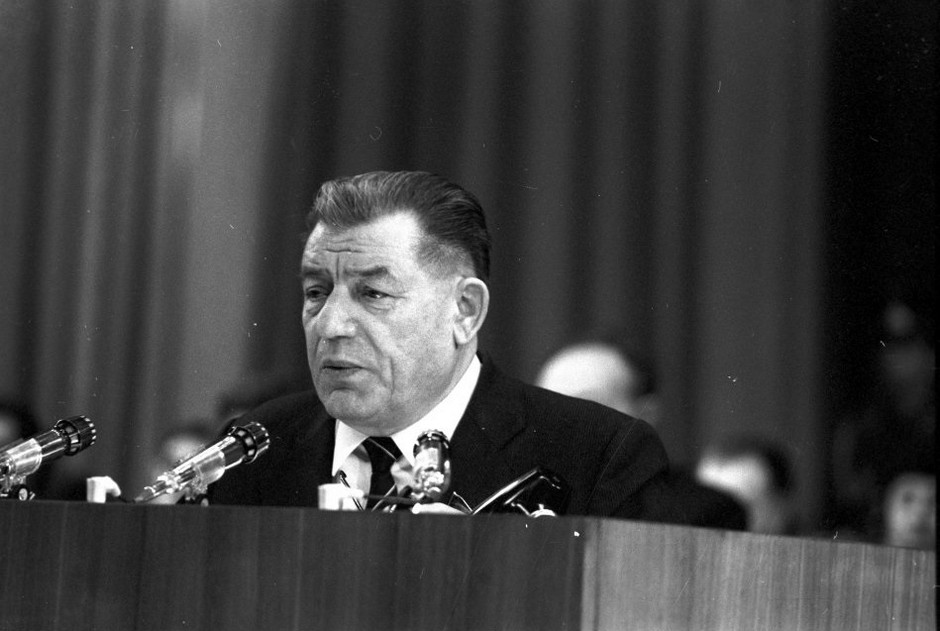 I am Kazakh. I am proud of my people. I care about its history and its current situation is doubly expensive. Our people went through the path of the revolution and the Soviet regime, survived the famine that killed nearly half of population and tragedy of 37-38, that took the lives of young Kazakh clerisy, brought up by the Soviet government to reach this day.

However, nothing can lead astray from the chosen path. During the war, Kazakhs were brave and valiant defenders of the Motherland.They showed courage, kindness, generosity, dedication, and even the naivety, extraneity to the national racism, and largesse in the years of reclamation of virgin lands. It is not a secret, that various people came to virign lands, there were former criminals and gfreedy people among them. There were many incidents, when those people made ruthless actions affecting the honor of indigenous people. However, Kazakh people had restraint to understand the great importance of work that the party required.

There is another situation now. The ratio of nationalities changed in the republic. All this led to dramatic decrease of the number of Kazakh schools in many virgin areas and situation in the city is clear without words. If I am not mistaken, the number of Kazakh schools in Almaty only two or three, saying nothing about kindergartens. But we all know that the development of the native language begins with kindergartens. The social position of some Kazakh villages, even the regional centers are not equal. New beautiful houses are on virgin lands, but they have have houses without roofs, if there is asphalt on virgin lands, caravan roads inherited by ancestors are in the villages.

In 1972, we, group of writers visited Zhangeldy district and wondered by the plain view of Turgay, city that was the center of the revolution. There was no telegraph connction even since it had been 55 years of establishment of the Soviet government. The reason for this was in the following: heads of Kustanay region, where this district belonged, decided to make conditions primarily for arrived people, they considered that Kazakhs would never leave their native land. Could they tax patience and honor of the Kazakhs in such way? By the way, it was allowed with the permission of respected ‘leaders of the nation’.

Regardless of nation we belong to, we, writers are very sensitive about problems of the native language. The life is meaningless without language. We welcome the interaction and mutual enrichment of the languages as well.

But vain political speculators sometimes did unreasonable actions. Thirty years ago, they succeeded in exception of Kazakh names of the rivers the Volga, the Ural, city Uralsk from official use. You know very well that Ekaterina II forbade using the word ‘Ural’ in order to expunge Pugachev uprising from people’s memory. This time, after 250 years, it is forbidden by Kazakhstan Terminological Committee for the second time. But people did not heed the ban: they continue to call them by ancient Kazakh names.
Finally, I want to say that the statements of the heads about large number of the Kazakh youth in higher educational institutions compared to Russians sounds like accusation, adressed to the relevant ministries. Where they can be more if not Kazakhstan? Could students from far Kazakh villgaes, children of mechanics and shepherds, who do not speak Russian pass competition to the universities of Moscow, Leningrad, Kuibyshev, Novosibirsk or Ukraine?
It is not trifle, but life issues, issues of Leninist national policy. Ignoring them, it means putting reality of the Soviet life in awkward position wishing it or not.
Each os us has something to say. There are many issues we concern about. But you, dear Kolbin have many opportunities for deep immersion in the life of our multinational country.
Use of materials for publication, commercial use, or distribution requires written or oral permission from the Board of Editors or the author. Hyperlink to Qazaqstan tarihy portal is necessary. All rights reserved by the Law RK “On author’s rights and related rights”. To request authorization email to or call to 8 (7172) 57 14 08 (in - 1164)
Қазақша Русский English
THE MOST WIDELY READ
Year
On How Kazakhstan Ended up as part of Tsarist Russia Recorded history of Kazakhstan. Part 2 The title of “Folk hero” was posthumously awarded to three veterans of the Great Fatherland War Union of the Archives and Library A great son of the Kazakh steppes Recorded history of Kazakhstan. Part 1 Burial mounds of the southwestern part of the Semirechye region The referendum on the Constitution is a significant stage of democratization Kazakhstan's participation in the Winter Olympics has a long history Rebooting a field of science and education Labels of the Golden Horde khans and Russian clergy A role of Buddhism in formation of Central Asian mythologies
Polls
Materials on the topic
Labels of the Golden Horde khans and Russian clergy
From the story of a blood feud
A role of Buddhism in formation of Central Asian mythologies
The referendum on the Constitution is a significant stage of democratization