Home News Poetry and performing arts: expressions of the soul

Poetry and performing arts: expressions of the soul 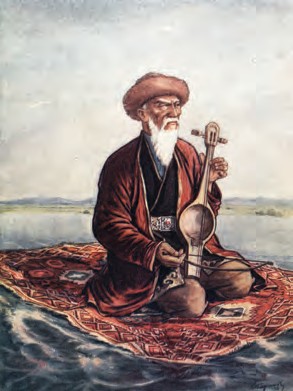 All aspects of Kazakh life are permeated with music; it infuses the entire universe of our culture

If you were to ask in what form the soul of the Kazakh people is best expressed, I would not hesitate to respond that it is best expressed in traditional Kazakh folk music. All aspects of Kazakh life are permeated with music; it infuses the entire universe of our culture. Music is heard on holidays and at gatherings, in ceremonies and rituals, at feasts and in daily life. Even the musical instruments are an acoustical embodiment of the traditional beliefs of the Kazakh people: the universal «Three Worlds» of the Upper, Middle and Lower.

Over the centuries, various styles of dombyra music developed across the vast territory of Kazakhstan. Tokpe — picking the strings with the fingers or nails to produce music in streams or bursts to accompany epic songs was refined in the west.

Shertpe — strumming with the fingers to produce music in a more lyrical sound came from the east. Within these two major styles there are hundreds of compositional schools with their own local features.

Performances of kuy songs are accompanied by narrative legends about the composer, the history and circumstances of its composition and about its contents. This prepares the listener for the harmonies that are key to understanding the kuy and to evoking the corresponding associations. Thus the kuyshis — the professional folk musicians who perform this music — preserve for us not only the names but also the creations of composers from the distant or recent past, carefully passing on their repertoire from master to apprentice.

For the nomads, the endless steppe framed by snow-capped mountains was the stage for all art, but particularly for the wordplay beloved by Kazakhs. This Art of the Word —an epithet for clever, flowery speech loaded with metaphors, proverbs, sayings and the art of allegory — struck travelers to the region as brilliant.

The Kazakh tradition of oral history preserves and transmits from generation to generation stories about the debates of great judges and philosophers. Their witty and brilliant ripostes and wise jurisprudence enter into proverbs that are used to resolve disputes and difficult entanglements. The origins, status, wisdom and talent of the interlocutor are still judged by the style of his speech. This art was sharpened over the centuries within the framework of ritual language. Using this framework, one masters various styles and formulas of communication depending upon one’s age, social status and specific situation.

A first-rate aitys contains all the elements of good theater —the suspense of a game; the circle of experienced, knowledgeable spectators and the highest level of masterful performances. Thus in the early 1930s, when dramatic and later operatic theatres began to become well organized, the folk performing art tradition was not diminished but enhanced and soon became a beloved form of modern Kazakh art.

«The soul of Kazakhstan», A.Kunanbay

Materials on theme
Address of the President of the Republic of Kazakhstan. Expert opinion – V. Shepel
Zhuban Moldagaliyev and Zheltoksan
The new reading of the Eurasian idea in the 21st century
They wrote the country chronicle