Home News In Seyfullin&#039;s museum a sculpture of the writer was installed

In Seyfullin&#039;s museum a sculpture of the writer was installed 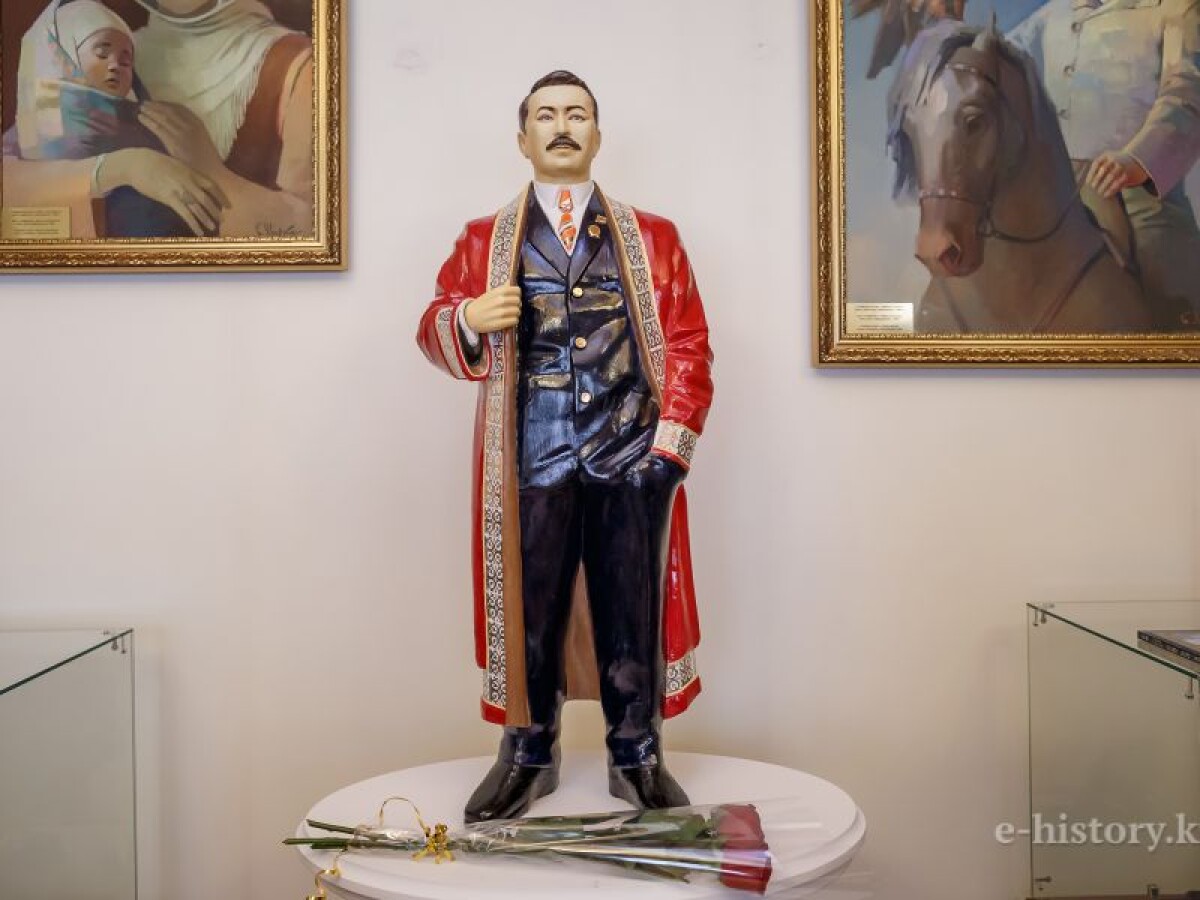 In the museum of Saken Seyfullin, within the framework of the project "Spiritual renewal" an event was held dedicated to the famous Kazakh writer, poet and public figure

At first, a film was shown about the life and work of Saken Seyfullin, which revealed the details of his biography. The fate of Saken Seyfullin tragically ended in 1938, when after a heinous accusation and terrible torture he was shot.

At the event, a statue of Saken Seyfullin was presented. The participants were presented with a book of 3 volumes, consisting of memoirs of friends, relatives of the poet and famous figures such as M. Auezov, S. Mukanov, G. Musrepov, G. Mustafin and others. 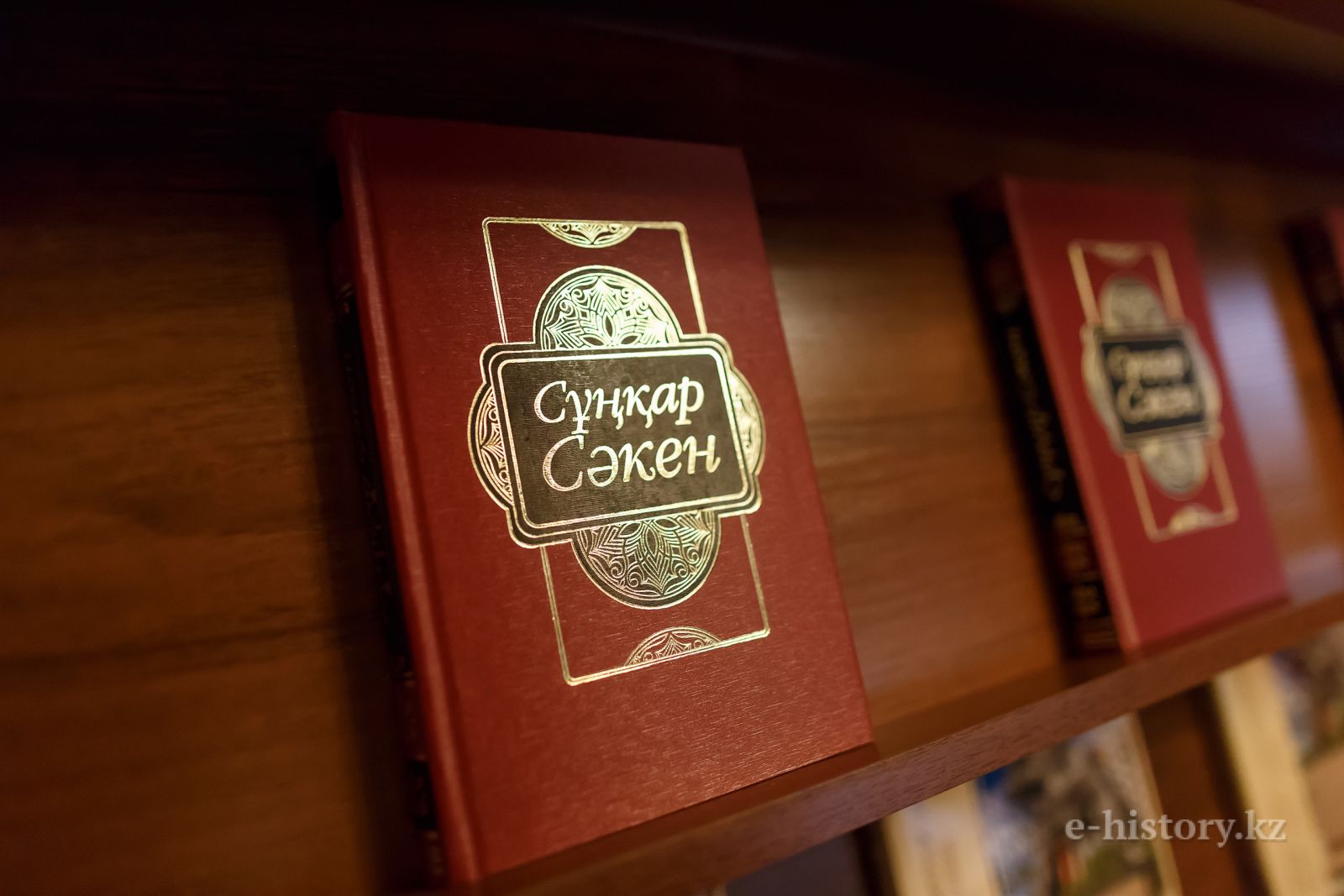 Director of the museum named after S. Seyfullin, a famous poet, laureate of the State Prize Nessipbek Aytuly spoke about the event:

- There are numerous events dedicated to the memory of the great poet Saken. For today, several events are planned. The first is a presentation of Saken's porcelain sculpture. The second is the presentation of the book "Tar zhol, taygak keshu". For the third year we publish books from the "Syr Sandyk" series. The first book was called "Korgenderdin kozimen, Sakennin salgan izimen". In the second book we collected memories of a great scientist, researcher of Saken – Tursynbek Kakishuly, and published it on the anniversary of the death of the scientist. And the third - "Tar zhol, taygak keshu" - we received this book yesterday. The first variant of "Tar zhol, taygak keshu" and its subsequent variants differ significantly from each other. Our employees analyzed all this for two years, revealed differences, did a great job. We thought there would be one book. But all did not enter in one book. Therefore, half will be released this year, and the second half will be published next year with the fourth book "Syr Sandyk". Annotation to the book was written by Yerkegul Arykkarakyzy, the foreword was written by scientist, Saken studier Kulyash Akhmetova. Oralbay Abdykarimov and Seyfullin's relatives helped to publish the book. 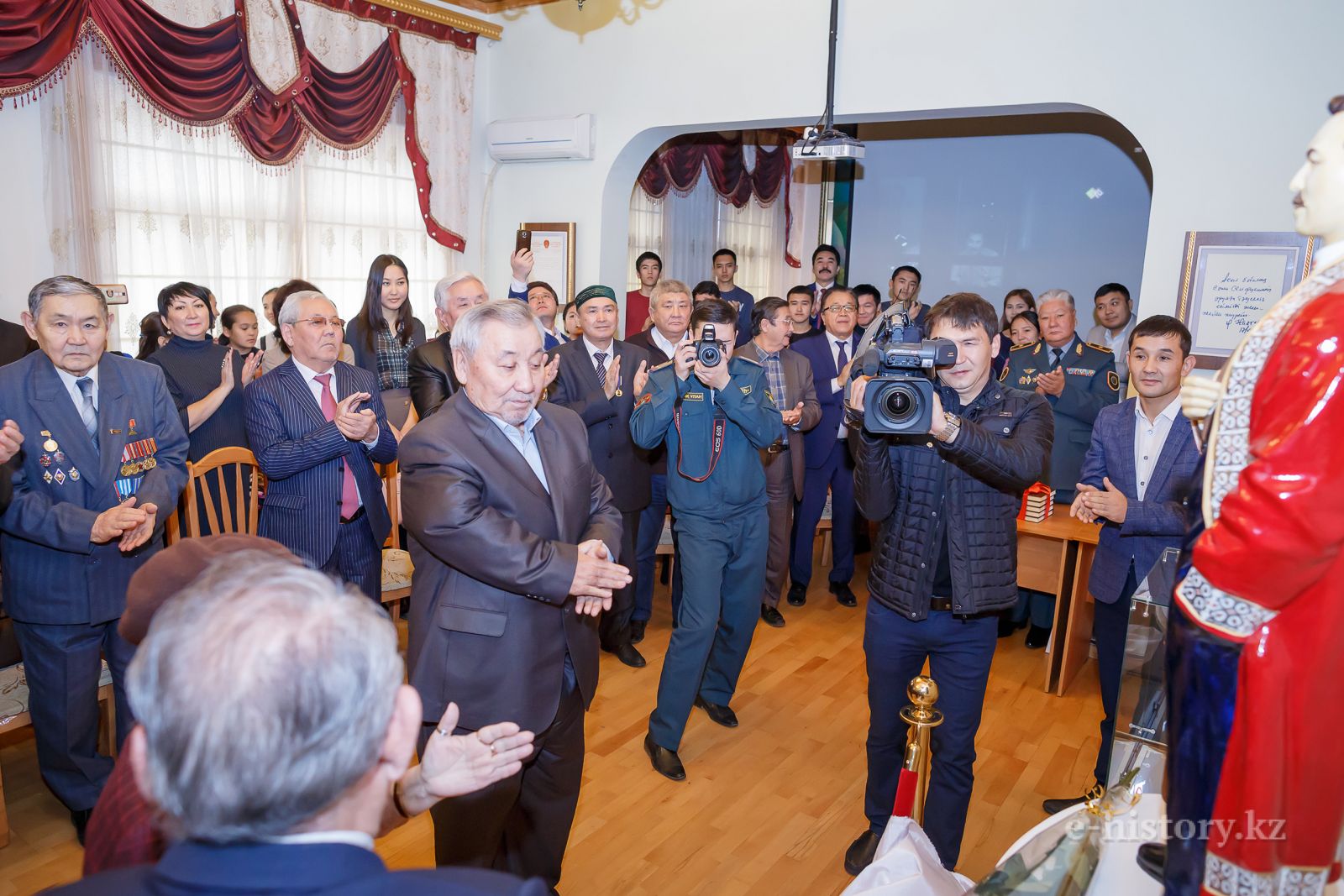 Honor of the opening of Saken Seyfullin's porcelain sculpture fell to Oralbay Abdykarimov and the first director of the museum Rosa Assylbekova. Sculpture is a copy of the poet; even the costume is one in one similar to the original, the Kazakh chapan on him. By the way those present applauded for a long time, we can say that it was clear that the sculpture was a success. This idea was supported also by the Saken studier Kulyash Akhmetova: 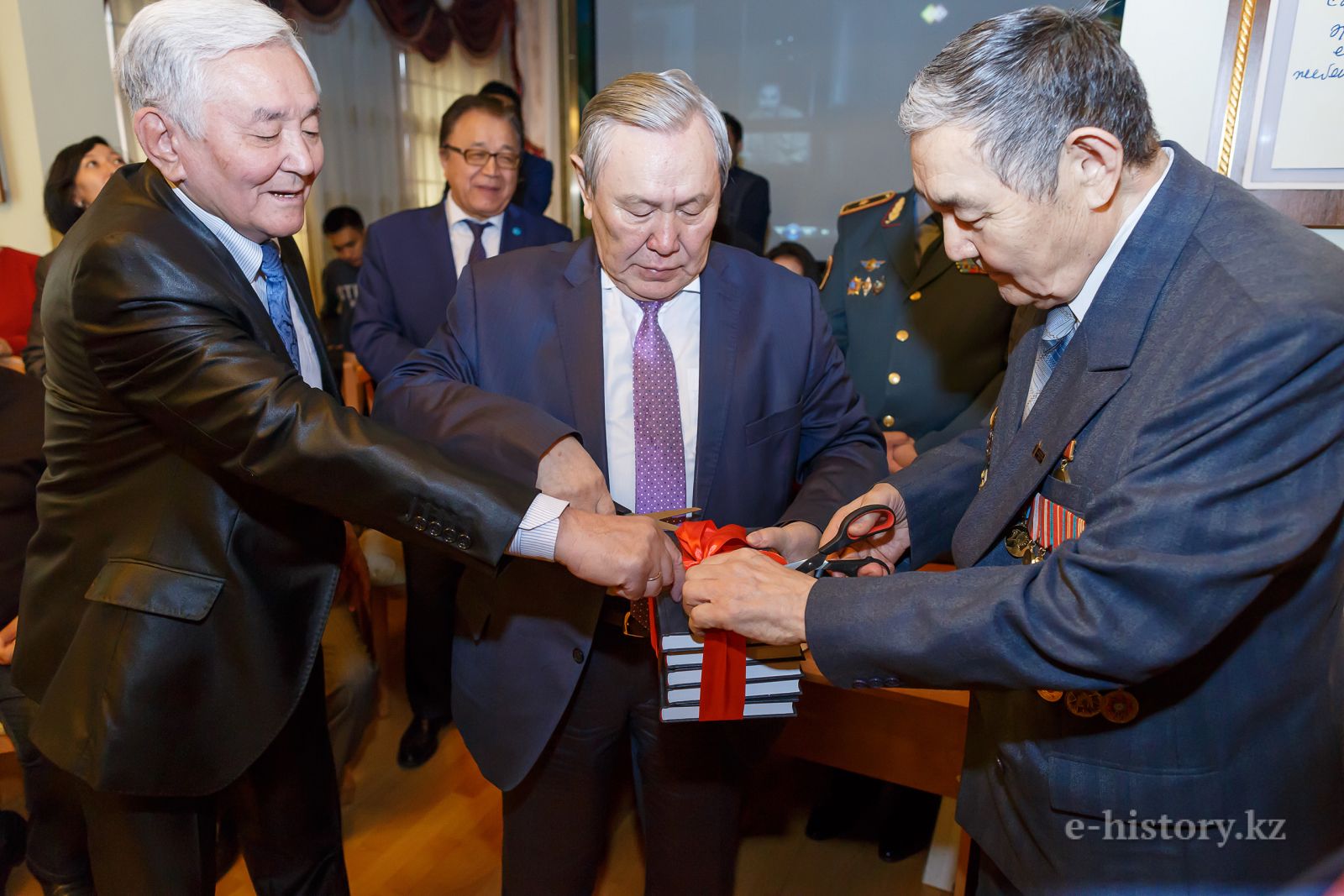 - Until that day, I had never seen such a sculpture. Through this monument the real image, the real person of Saken, is clearly visible. I went here and wondered what would be installed here this time, a head or a bust of the writer. This is something new. My congratulations! 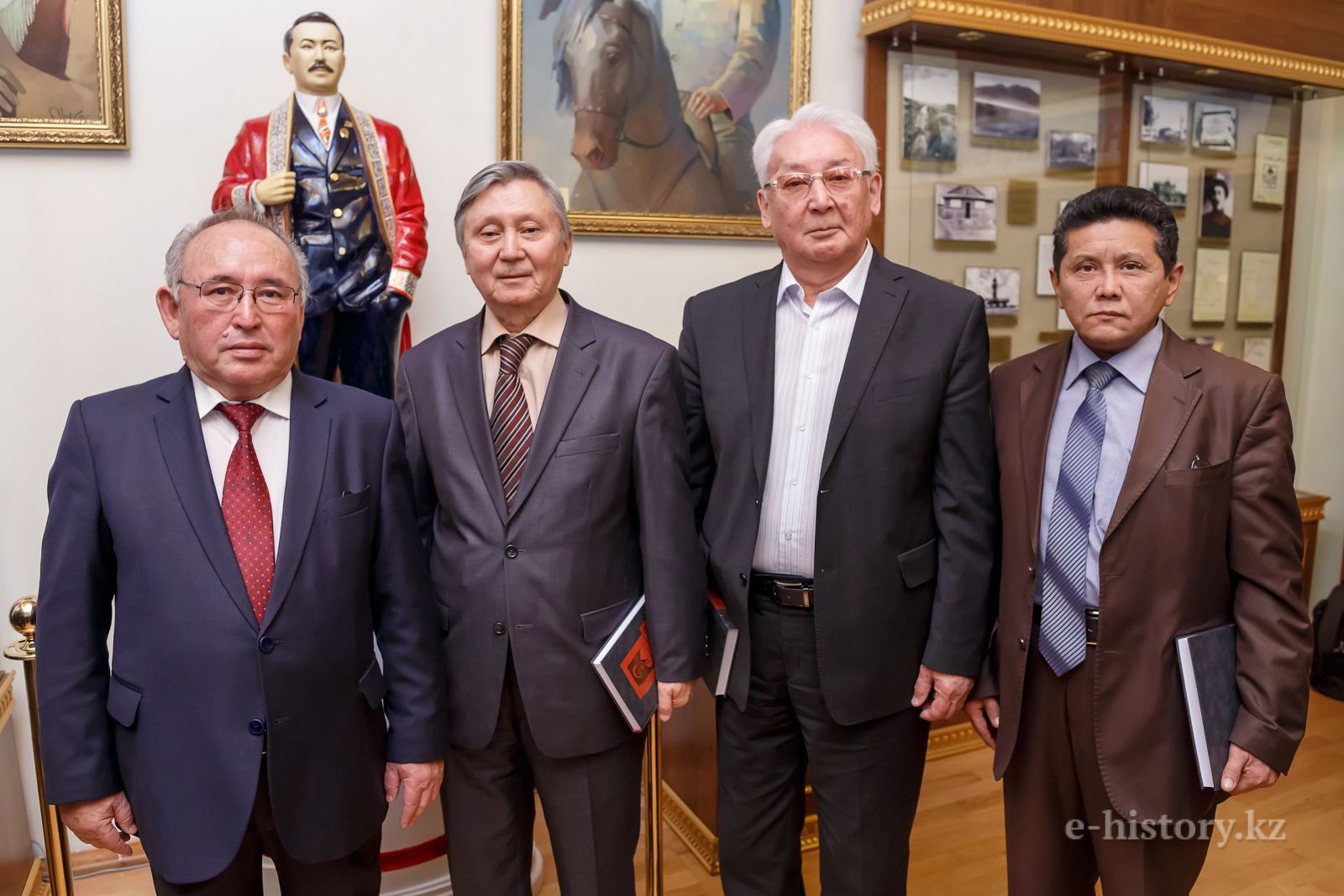 - The value of the book is the reality of that time without embellishment. "Tar zhol, taygak keshu" is the first novel-memoirs in the Kazakh literature. In connection with the political ideology, changes were made, some places were generally removed. And now the book is published without changes. I think that the current generation will learn the real truth of the time through this book. 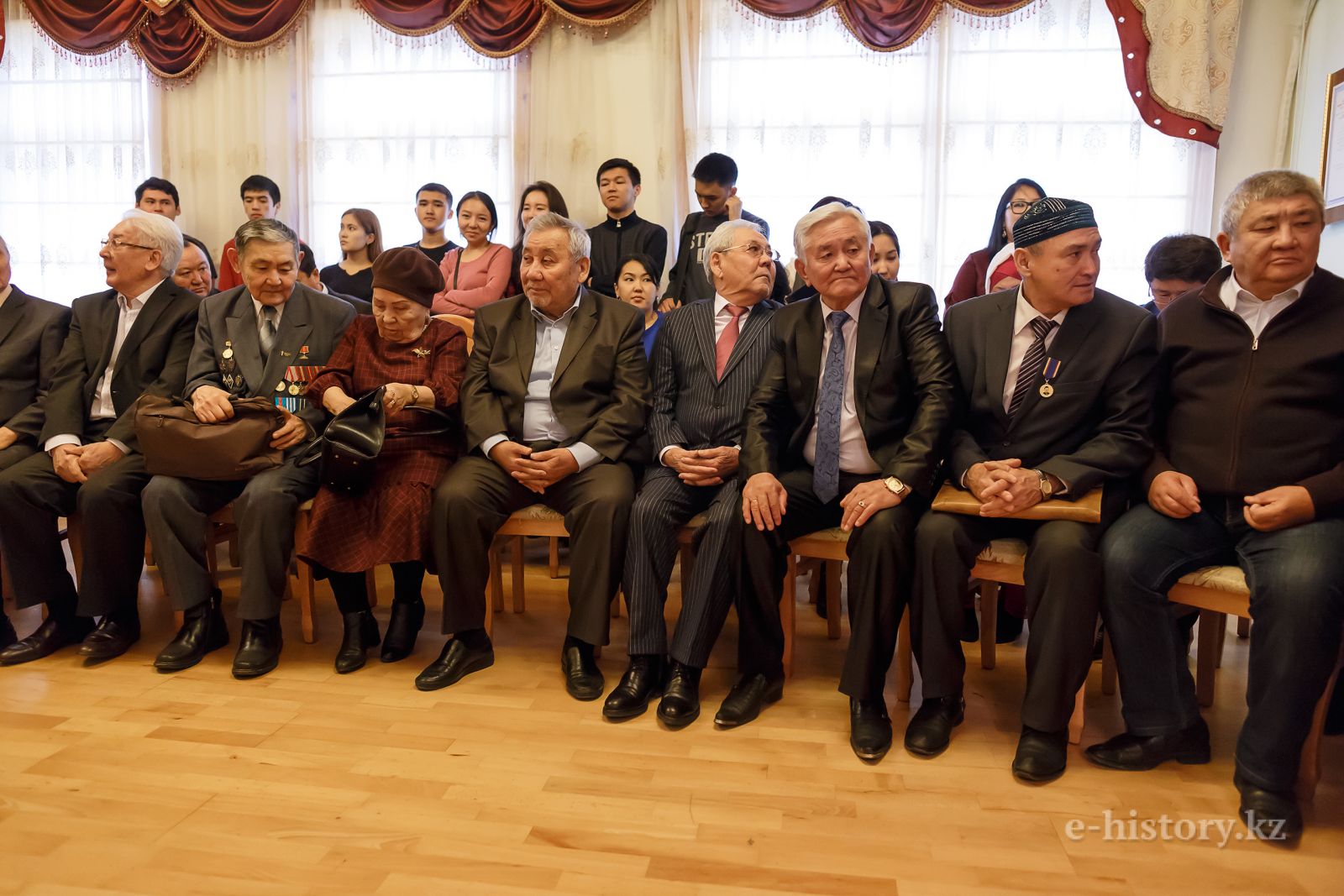 In anticipation of this event, Serik Ospanov who dedicated his entire life to Saken, to the study of his musical heritage, marked the 60th anniversary; he wrote a book, he propagandizes Saken’s songs. The director of the museum congratulated him on the anniversary and put a chapan on him. 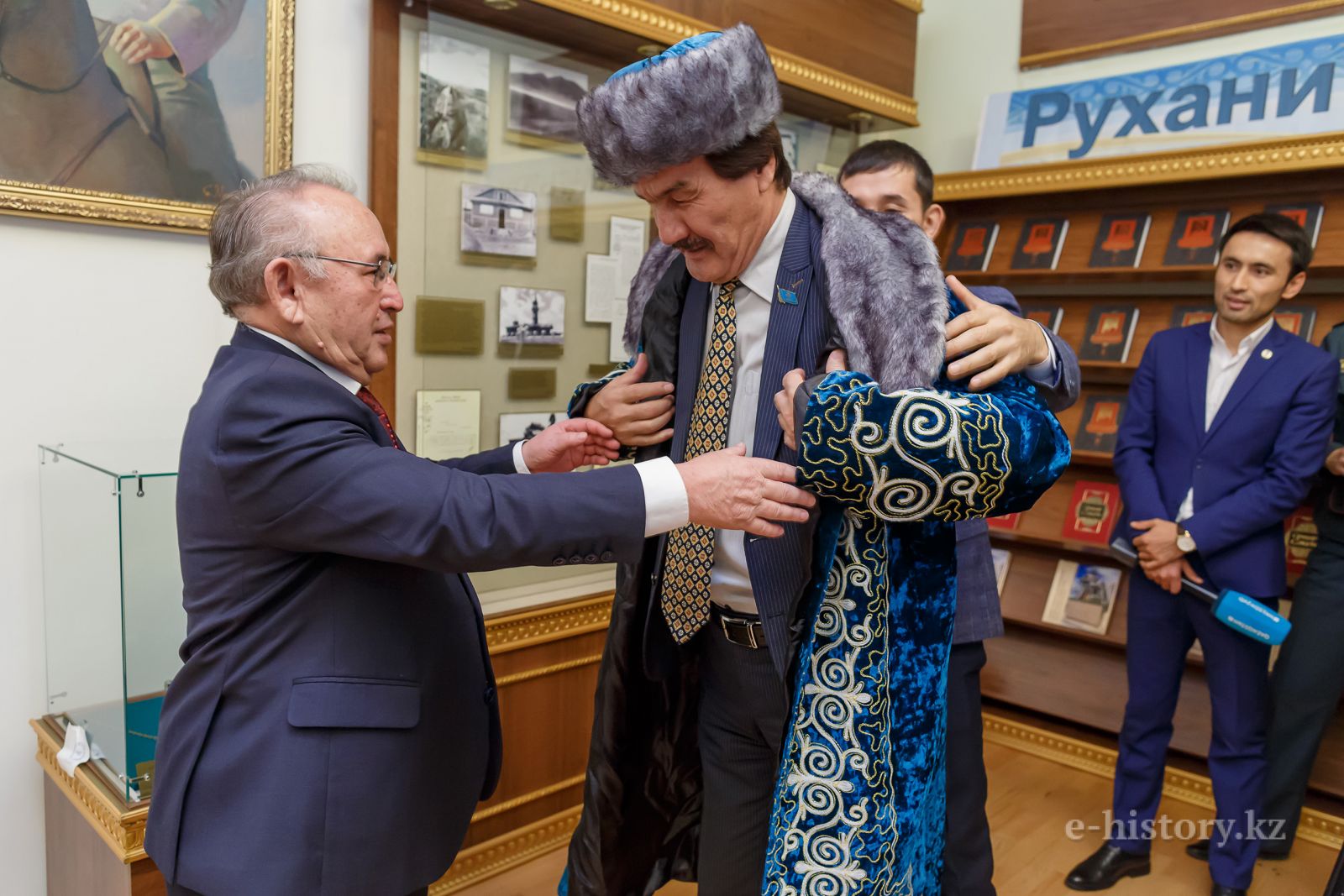 Then Kairat Baibussinov delivered a speech, he presented a book to the museum. 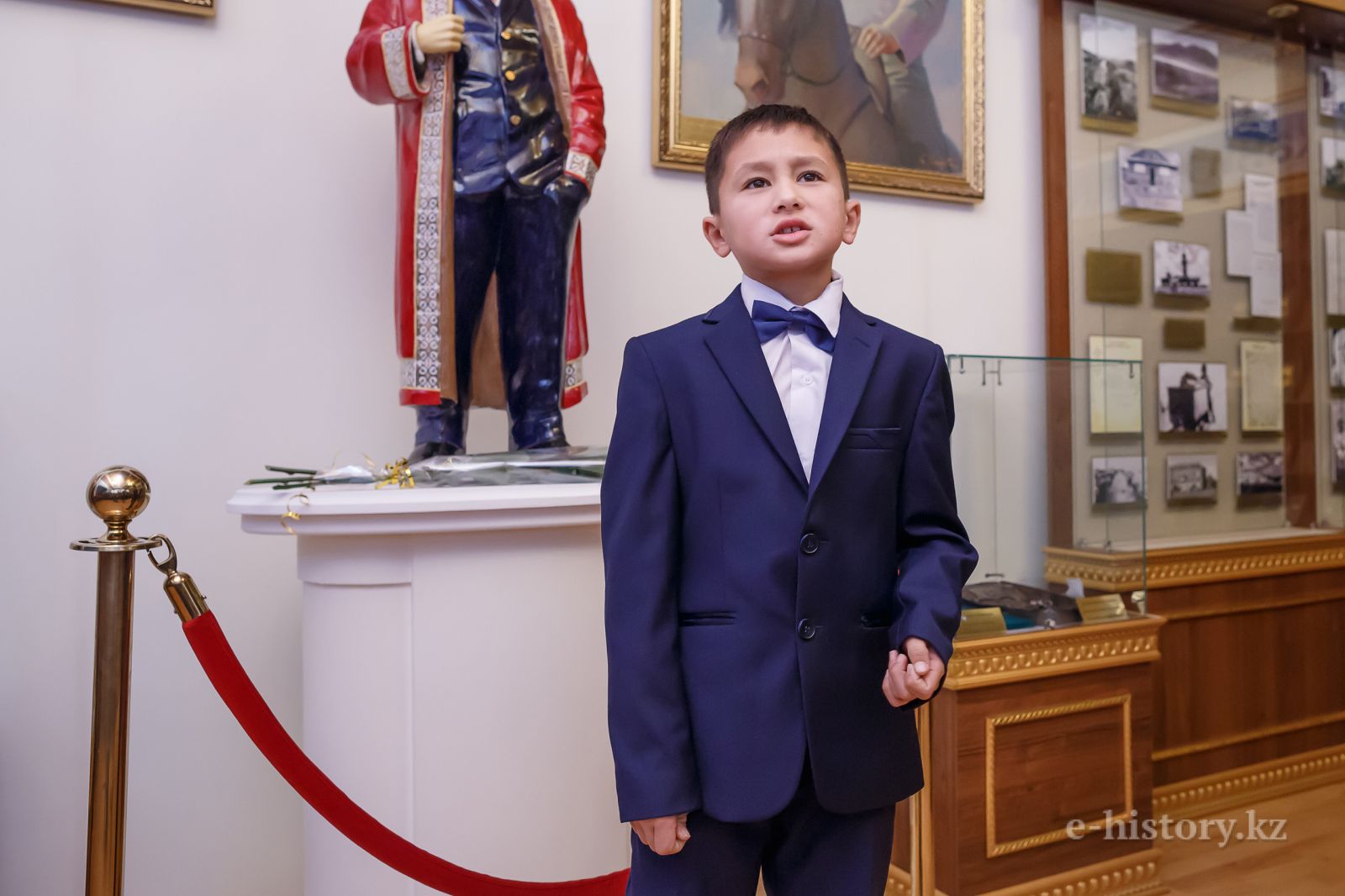 "Monologue of Saken" by Kanat Zhunussov, read by a student from the village of Akhmet, left no one indifferent. 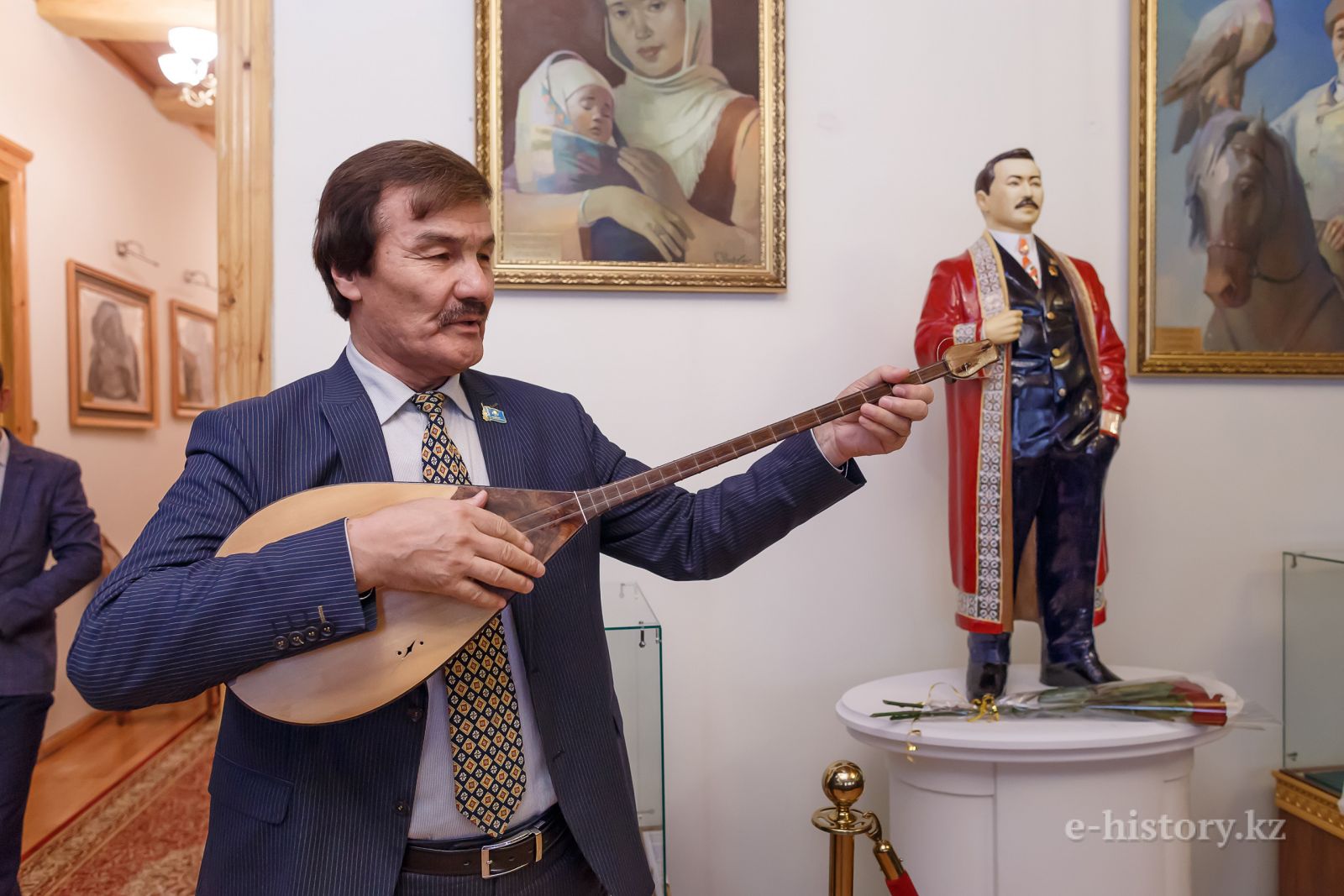 The evening ended with a song by Saken in the performance of Serik Ospanov. In the sky of Astana, the poet's song was solemnly sounded.

Author: Altynzer Dauletbayeva
Use of materials for publication, commercial use, or distribution requires written or oral permission from the Board of Editors or the author. Hyperlink to Qazaqstan tarihy portal is necessary. All rights reserved by the Law RK “On author’s rights and related rights”. To request authorization email to or call to 8 (7172) 57 14 08 (in - 1164)
Қазақша Русский English
THE MOST WIDELY READ
Month Year
The top of pyramid stores the yurt
On How Kazakhstan Ended up as part of Tsarist Russia Kunaev Dinmukhamed Akhmedovich Recorded history of Kazakhstan. Part 2 The title of “Folk hero” was posthumously awarded to three veterans of the Great Fatherland War Union of the Archives and Library A great son of the Kazakh steppes People who eat horses will kill you Recorded history of Kazakhstan. Part 1 Burial mounds of the southwestern part of the Semirechye region The referendum on the Constitution is a significant stage of democratization Rebooting a field of science and education Kazakhstan's participation in the Winter Olympics has a long history
Polls
Materials on the topic
Labels of the Golden Horde khans and Russian clergy
From the story of a blood feud
A role of Buddhism in formation of Central Asian mythologies
The referendum on the Constitution is a significant stage of democratization