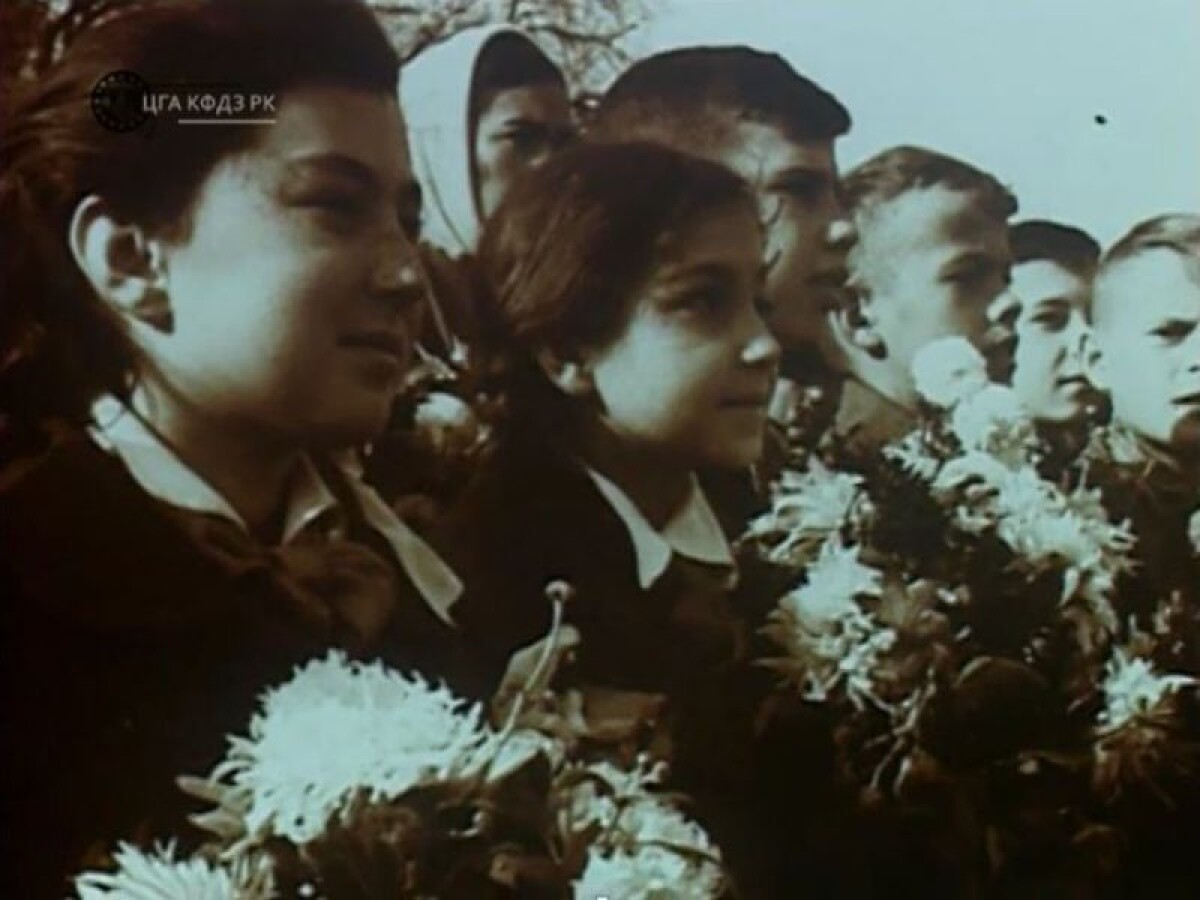 The Central State Archives of Film and Photo Documents and Sound Recording of the Republic of Kazakhstan starts online broadcasting of documentary films from the archive's "golden" film fund.

As Kazakh President Kassym-Jomart Tokayev said, we are on the threshold of a completely new global world, in which Kazakhstan will have to find its rightful place.

Archivists support the President and all citizens in the fact that despite all the complexity, our country has both opportunities and reserves to keep everything that we value. In crisis conditions, each organization as a living organism, regardless of where its employees are now, must help to maintain social stability and confidence in the future.

The Central State Film and Photo Documents and Sound Recording Archive, being the only specialized audio-visual archive, provides its researchers, all citizens of our country and the world community with film documents from its "golden collection".

Each documentary film has preserved the unique culture and worthy history of the Kazakh people, reveals historical facts and events, in which Kazakhstan, together with other brotherly nations passed with honor through many global trials and tragedies.

Documentaries devoted to the anniversary dates of 2020. The films will be updated every two days.

1. "Men Abaidy Ake Deymin" - directed by S. Azimov The film is dedicated to the 150th anniversary of Abai Kunanbayev.

2. "Telkara" - directed by Zh. Zhetiruov, "Kazakhfilm" film studio. The film was shot to the 150th anniversary of Abai Kunanbayev. About life, creation of the poet.

3. "Al-Farabi" - A. Mashanov film studio "Kazakhfilm" The film is about the great scientist of the Middle Ages Al-Farabi, the importance of his works for the development of modern science. Academician A. Gafurov (synchronically), Corresponding Member of the Academy of Sciences of the Kazakh SSR A. Mashanov (synchronically in Kazakh language with translation), Doctor of Ph. Kedrov, Academician of the Czechoslovak Academy of Sciences E. Kelman spoke on the rich heritage of Al-Farabi in various fields of science.

4. "Tragedy of the Triumphator" - directed by A. Golovinsky. Life and creativity of Kazakh writer M.O. Auezov. The film is based on the book of the same name by N. Afanasyev, where M.O. Auezov experienced with his compatriots the happiness of awakening to historical creativity, and the sobering horror of Stalin camps as a victim of the tragic events of the twentieth century. The following persons took part in the footage: M. Auezov - cultural anthropologist, V. Lelin - poet, E. Yusupov - teacher, T. Ibragimov - director of the reserve-museum of Abai Semey, D. Kunayev - director of Mukhtar Auezov house museum, Z. Auezov - orientalist, writers: M. Baijiev, Ch. Guseynov, Y. Aravin, musicologist.

5. "The Last Prince of the Steppe" - directed by I. Gonopolsky. Life of the first Kazakh scientist, educator, researcher Chokan Valikhanov.

6. "Kazakhstan in the Great Patriotic War" - directed by A. Nugmanov, Kazakh Film Studio. The film was directed to the 30-th anniversary of the Victory over Nazi Germany and dedicated to the feat of the Soviet people in the Great Patriotic War and the heroic contribution of Kazakhstan to the Victory. The film includes memories of the heroes of the war and the rear: G. Zhumatov, B. Momyshuly, D. Snegin, S. Zhalkishev, V. Salnikov, I. Shklovsky, S. Lugansky, T. Begeldinov, R. Koshkarbayev, F. Bazaleyev, A. Mametov, V. Asanov (all synchronously). In the shot: G. Zhukov, M. Gabdullin, Jambyl Jabayev, M. Auezov, G. Musrepov, A. Kainarbayev, I. Zhahaev, H. Sharipov, K. Satpayev, S. Marshak, artists: B. Chirkov, L. Orlova, N. Kryuchkov, M. Zharov. The film features the materials of SA FPD of the USSR, SA Sound Records of the USSR, Gosfilmofond of the USSR, CSA FPD KazSSR.

7. "Central United Film Studio "Mosfilm" and "Lenfilm" during the Great Patriotic War in Alma-Ata. The film consists of 3 parts. The first part is the beginning of the war and the footage of evacuation of people from Moscow, the chronicle of the war years, the arrival of evacuees in Almaty, excerpts from the films filmed in Kazakhstan. In the shots: People's Artists of the USSR L. Smirnova, G. Ulanova, People's Artists of the RSFSR V. Zeldin, L. Prygunov, People's Artist of KazSR A. Umurzakova, journalist L. Warsawskaya-Yeniseyeva, makeup artist of Kazakhfilm R. Aranysheva remembers about N. Kryuchkov. Part 2 is devoted to the working weekdays of CUFS: good luck and bad luck on the set, the presenter tells about how to finish the film "Pig and Shepherd" and "Mashenka" in Almaty, shooting of "Ivan the Terrible", etc. The third part consists of memories of those war years, about the life of cultural workers in evacuation, about the genius of S. Eisenstein, about the love story of M. Zharov and L. Tselikovsky.

8. “Talgat’s High Sky”, directed by O. Abishev, Qazaqstudio. The film is about the legendary military pilot from Kazakhstan, twice Hero of the Soviet Union Talgat Begeldinov, who now lives and works in Alma-Ata.

9. “Soldier of Victory”, directed by A. Alpiyev, Qazaqfilm. "The film tells about the last days of the Great Patriotic War, introduces one of those who first hang an assault banner at the walls of the Reichstag, the Kazakh Rakhimzhan Koshkarbayev. In the shot: R. Koshkarbayev (synchronously), K. Isakov - Colonel (synchronously), V.M. Shatilov - General Colonel, HSS (synchronously).

10. "Star Hour of the Victory" directed by A. Nugmanov. Qazaqfilm. The film is dedicated to the celebration of the 40th anniversary of the Great Victory of the Soviet people over the Nazi invaders. The film uses military newsreels, synchronous interviews with frontline soldiers. In the shots: Moscow. Bolshoi Theater of the USSR, Museum of Armed Forces, Rokosovsky, K. Zhukov - Army Generals, T. Begeldinov - twice Hero of the Soviet Union (synchronously), S. Sergazin - HSS (synchronously), A. Golishev - Victory Soldier, S. Nurmagambetov - Lieutenant General, HSS.