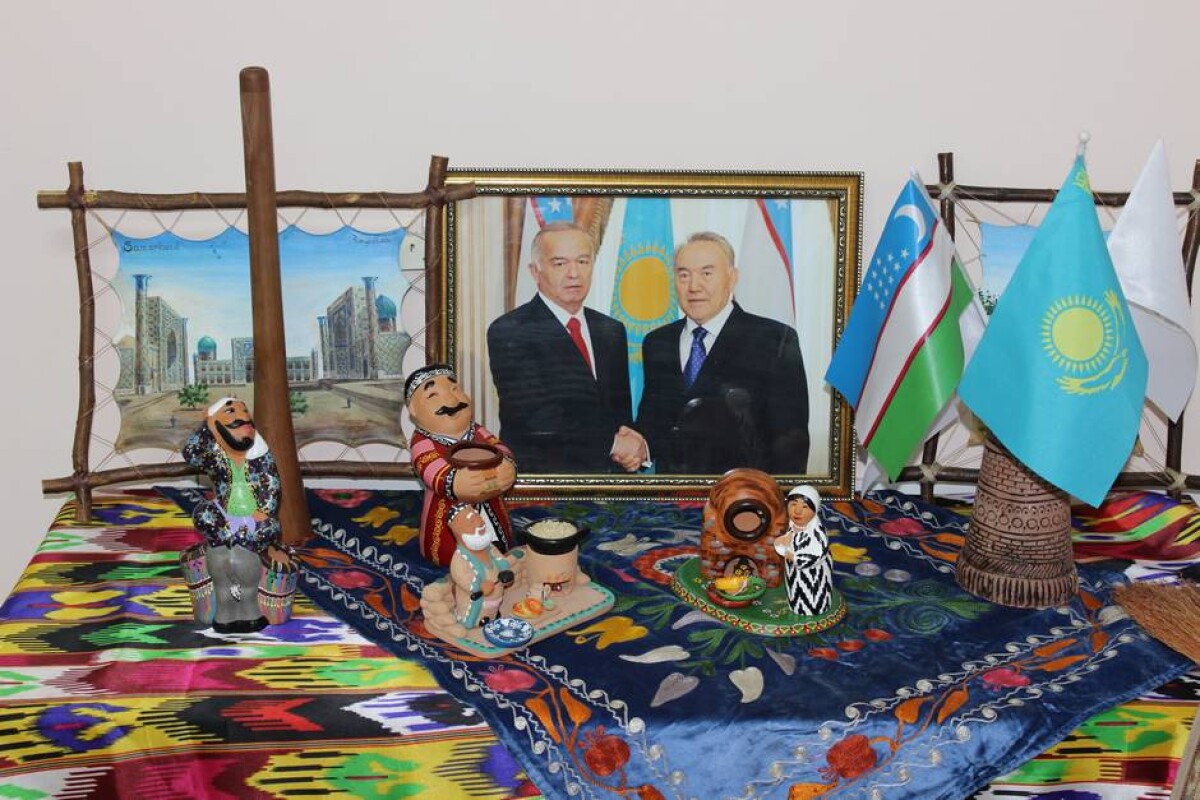 Today the Uzbek diaspora is one of 7 large ethnic groups living in our country.

From ancient times to the formation of the Kazakh Khanate Kazakhs and Uzbeks, being a member of the Turkic-speaking people had the same fate and history. In the Middle Ages a single Turkic people inhabiting Central Asia, began separated into different ulus (groups, tribes), and finally formed into separate states.

Kazakhs and Uzbeks, who have same mentality, religion and language, in the second half of the 15th century finally separated from each other and formed own states.

According to the history, the word "Uzbek" emerged from the name of one the governor of Golden Horde Uzbek Khan (1312-1342). There is evidence that "after collapse of the Golden Horde, due to the fact that nomadic tribes as part of the left wing of the Dzhuchi ulus once were Uzbek Khan’s ulus they called themselves "We are Uzbeks".

In 1428 on that territory there was Abulkhair khan’s ulus which went down in history as the "State of the nomadic Uzbeks". Later, at the end of reign of Abulkhair khan (1469) Uzbeks, Kazakhs and Nogay ulus, which became single state or separate nationality, separated from the state of nomadic Uzbeks".

However, despite this division, Uzbeks and Kazakhs continued to communicate and live closely. Various historical periods and political events influenced on it.

Based on information of famous sociologist M. Yertav it is possible to note that today in Uzbekistan lives 1, 5 million Kazakhs, and in Kazakhstan according to the official sources 375 thousand Uzbeks. There is an assumption that in the future the number of Uzbeks living in Kazakhstan can reach 2-2, 5 million.

Marat Shibutov, the Chairman of "Association of border cooperation", the political scientist in one of the interviews, referring about results of the 2009 census said: "The number of the Uzbeks who are officially registered in Kazakhstan is about 500 thousand people. At the same time, there are also about 500 thousand unregistered Uzbeks here. If we consider that the horizon of a common economic space extends, they have full opportunity already tomorrow to become citizens of Kazakhstan. If this tendency proceeds, the number of Uzbeks can exceed the number of Russians. Summing up, it should be noted that the Uzbek ethnos, which number makes 2–2,5 million people, by 2020 can come to the second place after Kazakhs" — said the political scientist in one of the interviews.

Generally Uzbeks live in the South Kazakhstan. Since ancient times Kazakhs had tendency to cattle breeding whereas Uzbeks to agriculture. Being engaged in gardening, cultivation of grain crops, they make a significant contribution to prosperity of the economy. 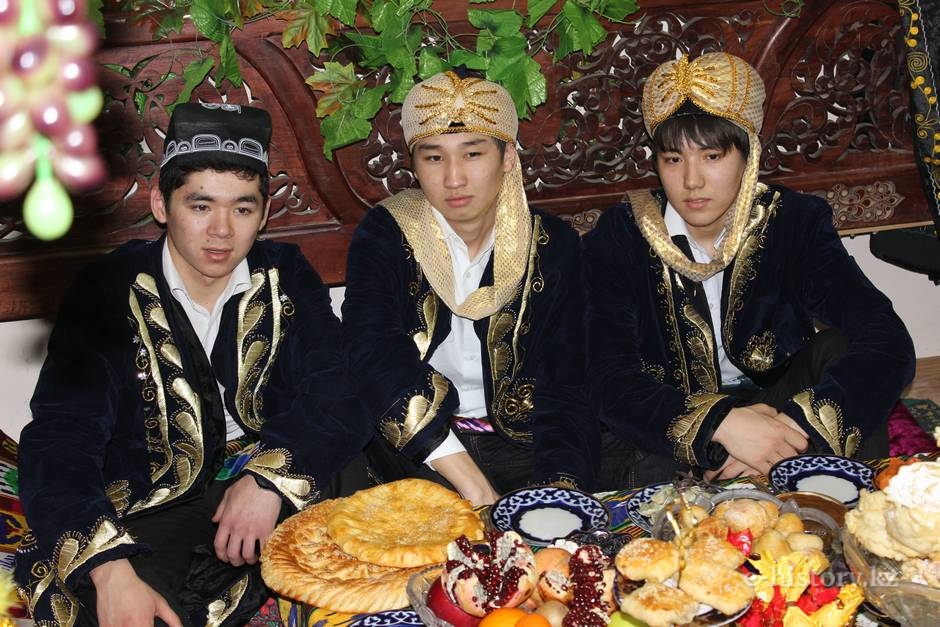 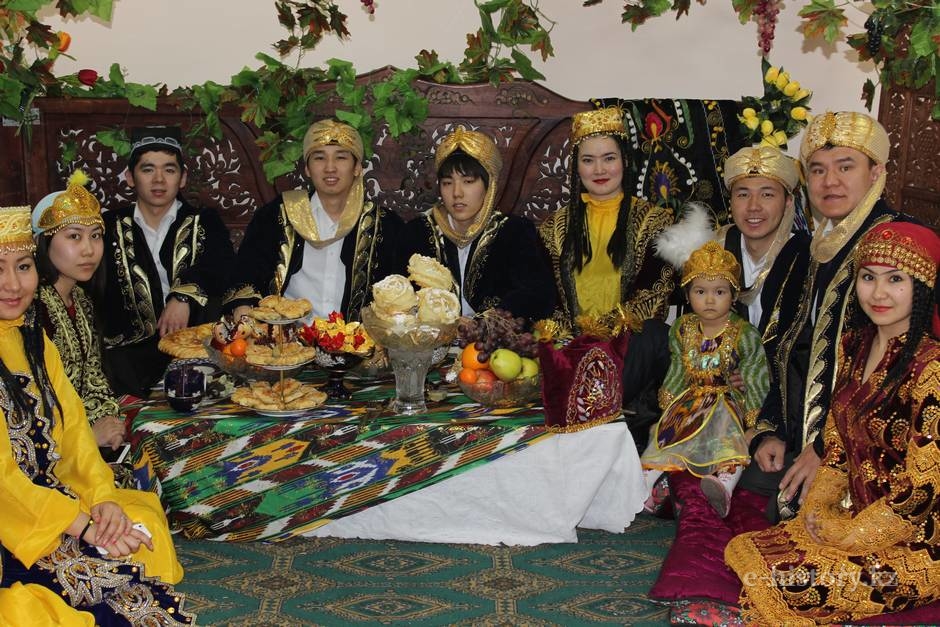 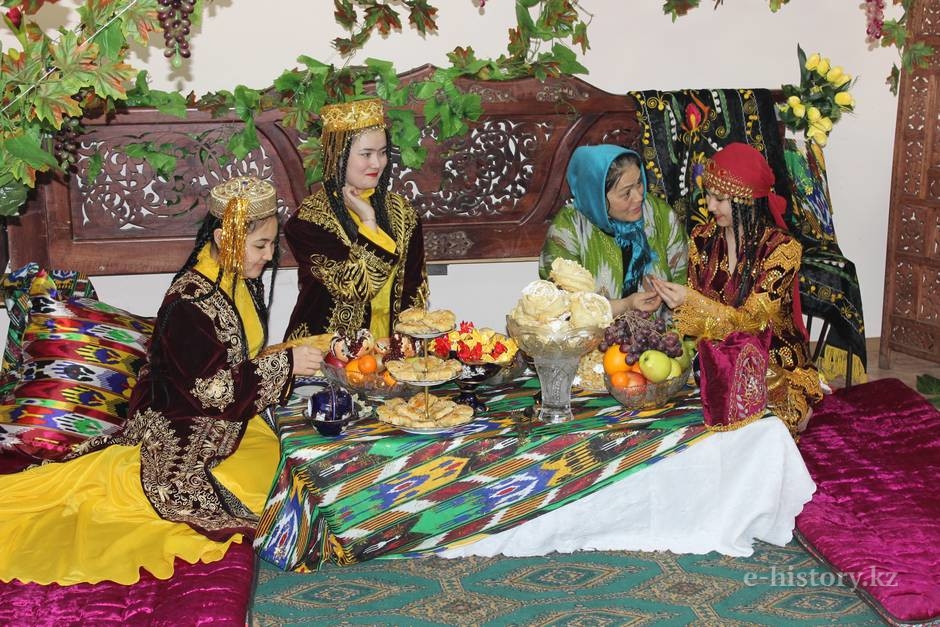 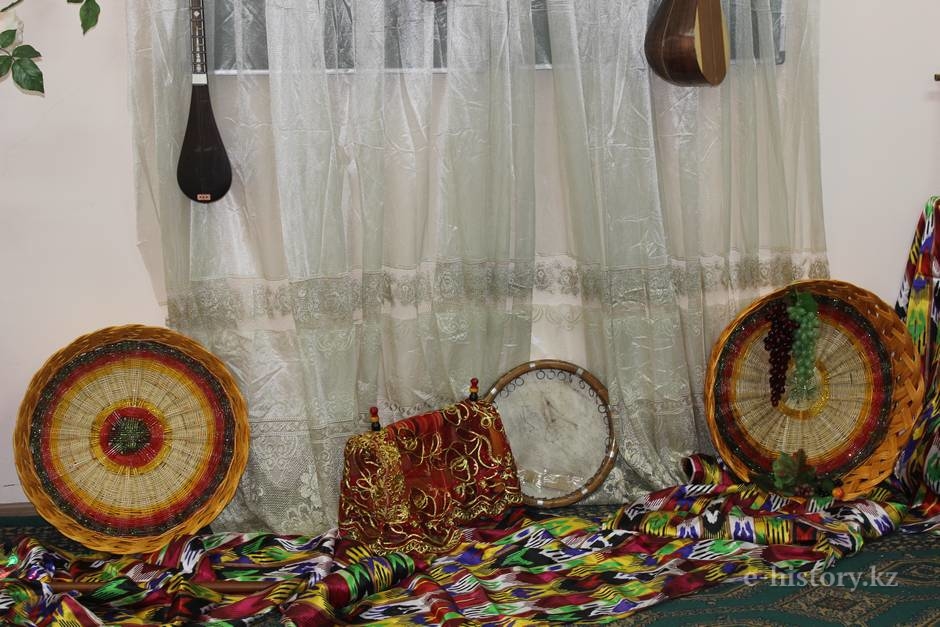 In photos: national clothes of the Uzbek people, household items and table served with treats.