90th anniversary of the birth of writer Kazhimurat Rakhimov 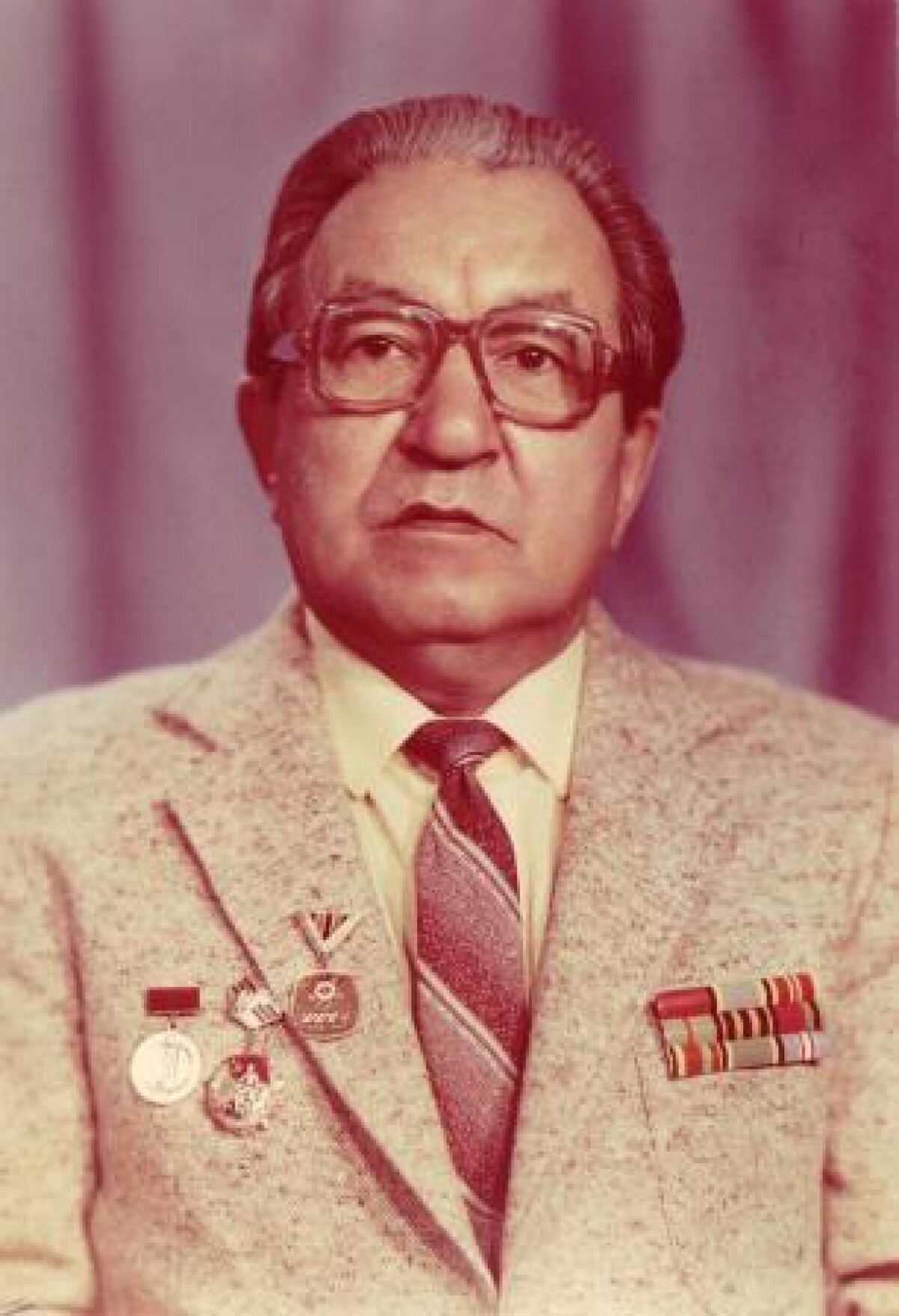 Fund of personal documents of those who contributed to the development of our country and those who distinguished by their work was organized in the State Archive of Astana.

Working with historical documents archivists as nobody else know that the destiny of archive work is intimately connected with the destiny of country. Archivists, who are the keepers of national and state memory, obtain important goals including preservation of ancestors’ possessions, strengthening of regenerated statehood and transition to the new level agreeable to the requirements of civilized world society.

The State Archive of the city of Astana conducts a vast work, one of the directions of which is the Fund, established on the basis of personal documents of those people who contributed to the development of our country and those who distinguished by their work. Our countryman Kazhimurat Rakhimov has become one of them. He was born in 1923 and died in 1992

Kazhimurat was born in close to Akmola. In 1941 young man graduated school and entered the three-month courses for teachers. Right after the graduation from the teachers’ courses he went to the Great Patriotic War in the capacity of a soldier. In 1943 he had a nasty flesh wound and was sent to the Penza region to the military detachment of home front.

The period of creative work of Kazhimurat Rakhimov began after the war. Working for the regional newspaper «Ishim truth» and for the television studio of Tselinograd, he stated writing novels, stories and short novels. The first substantial composition of the writer was the «Swallows» story. Dedicated to the history of his home region trilogy «Secrets of the Peak» takes the special place in his creative work. The novel describes the fight of 1916 against the «June Decree» of the Tsar. The author’s composition was translated in Russian language and published by the «Writer» publishing house.

Kazhimurat Rakhimov did not pass over social phenomenon of Akmola neighbourhood. He also wrote about Afanasy Latut which escaped from the Tsarist gendarmes and went to the Kurgaljin steppes where he found the shelter among Kazakhs. He converted to Islam and was called Zhakyp Zholaman.

On the threshold of the 60th anniversary of his own birthday the writer published the «My Happiness is Bolsary» novel.

This year is the 90th anniversary of birth of Kazhimurat Rakhimov, he is in our memory today, his compositions are still appreciated and reguired.

The Head of the Division of Publications and Use of Documents of the State Archive of Astana State Institution.

June 9, 2014
Use of materials for publication, commercial use, or distribution requires written or oral permission from the Board of Editors or the author. Hyperlink to Qazaqstan tarihy portal is necessary. All rights reserved by the Law RK “On author’s rights and related rights”. To request authorization email to or call to 8 (7172) 57 14 08 (in - 1164)
Қазақша Русский English
THE MOST WIDELY READ
Year
Philosophy of the Emblem President of Kazakhstan took part in the opening ceremony of celebrations dedicated to the 175th anniversary of Abai Kunanbayuly Abdurakhman Aitiyev and his struggle Nurmukhan Zhanturin. Actor who played himself Ydyrys Mustambayev. Defender of Abai and Magzhan Online documentaries Kassym-Jomart Tokayev sent a telegram to UN Secretary General António Guterres History of pandemic in Central Asia THE GREAT SON OF THE GREAT STEPPE What was the composition of the country’s Supreme Soviet of the XII Congress Armenians and their kinship with the Kazakh people Nurtas Ondasynov. Kunayev’s Chief
Polls
Materials on the topic
Labels of the Golden Horde khans and Russian clergy
From the story of a blood feud
A role of Buddhism in formation of Central Asian mythologies
The referendum on the Constitution is a significant stage of democratization