Home News The tract of Koshkarbai 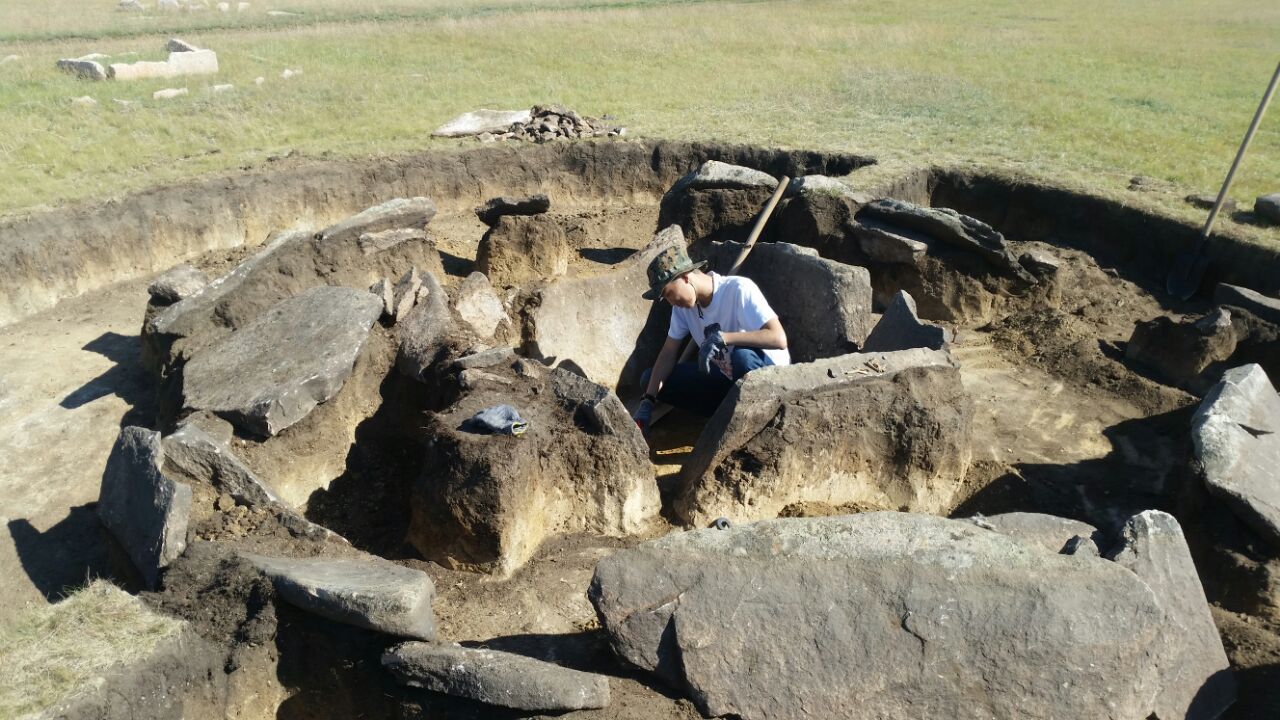 This territory was inhabited during the Mesolithic era. There are more than 100 objects of archeology from the Stone Age to the ethnographic modernity

The Koshkarbai tract is located in a picturesque place in the Zerenda district of the Akmola region. In landscape terms, the tract is tied to the valley of the Chaglinka River. The valley of the Chaglinka River and its right tributary of the Koshkarbai River between the villages of Karsak and Aydarly are a unique natural and historical region. This territory was inhabited by man already in the Mesolithic age, i.e. about 10 thousand years ago. 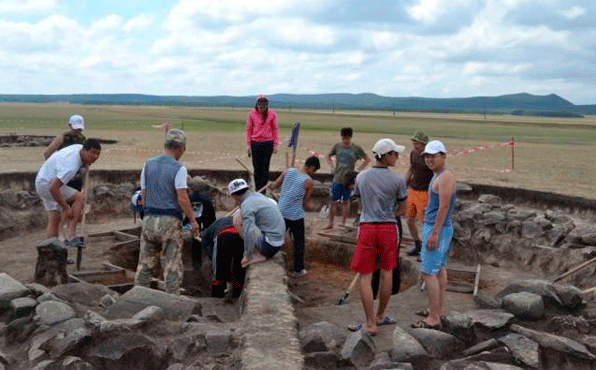 The abundance of diverse archaeological monuments (from the Mesolithic to the Middle Ages) speaks of a dynamic historical past of the population, which left numerous temporary sites, year-round settlements, barrow and soil burial grounds and solitary funerary structures.

The uniqueness of the tract of Koshkarbai is that more than 100 objects of archeology from the Stone Age to the ethnographic modernity are concentrated on a relatively short stretch of the Chaglinka River valley (about 20 km). The tract was attractive to the ancient man: favorable natural and ecological conditions were formed, expressed in the vertical zonality of the landscape. The relatively broad valley of the Chaglinka River and its tributaries is clamped by low mountain formations and the hilly watershed of the left bank of the Chaglinka. The valley and especially floodplain areas already in the Mesolithic and Neolithic were saturated with rich flora and fauna. Here there were conditions for various types of fishing, hunting and gathering. The valley was closed from severe winds, rich forest vegetation on the hills and along them served as a resource for the construction of dwellings, funerary structures and fires. Even the epochal climate changes towards continentality in the era of the Eneolithic did not affect negatively the demographic factor and the habitual way of life. 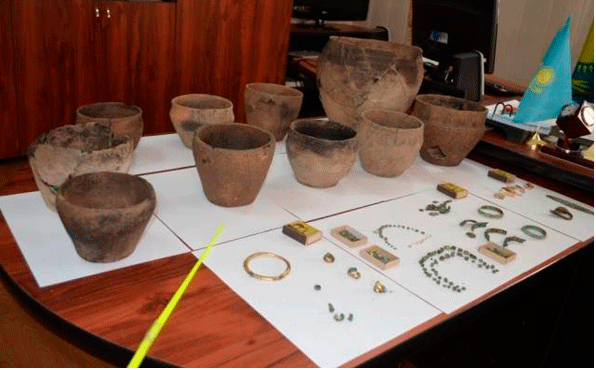 And in 2014, archaeologists have found unique vessels with crosses in the tract. Earlier in the valley, nicknamed by the historians the valley of the Dead, because of hundreds of ancient burials of different eras, only bronze crosses were met. Now in one burial of the Bronze Age vessels with a swastika are found.

And, at the bottom of the vessels - a swastika. And it does not repeat itself. The first drawing is simple, the second is complicated, the third is intricate, stylized. 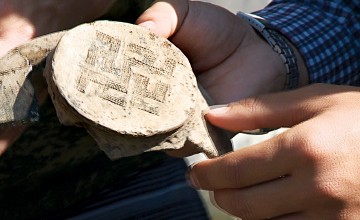 Also in other burials were found fragments of bronze, ornaments. At the same time, local historians note that burials were ransacked in the olden days, and contemporaries make their contribution. Near the graves there is a road to the village. Only the archaeological expeditions can preserve the antiquity for descendants. By the way, in this tract were previously found the remains of a shaman, warriors, bronze-rimmed mirrors, knives and ornaments.

Materials on theme
Ak Bura lived in Kazygurt, read prayer in Mecca
Reflecting on Advanced Turkic Civilization
A Hungarian girl takes an interest in traditions and way of life of Kipchaks
Periodization of K.Mullashev’s works