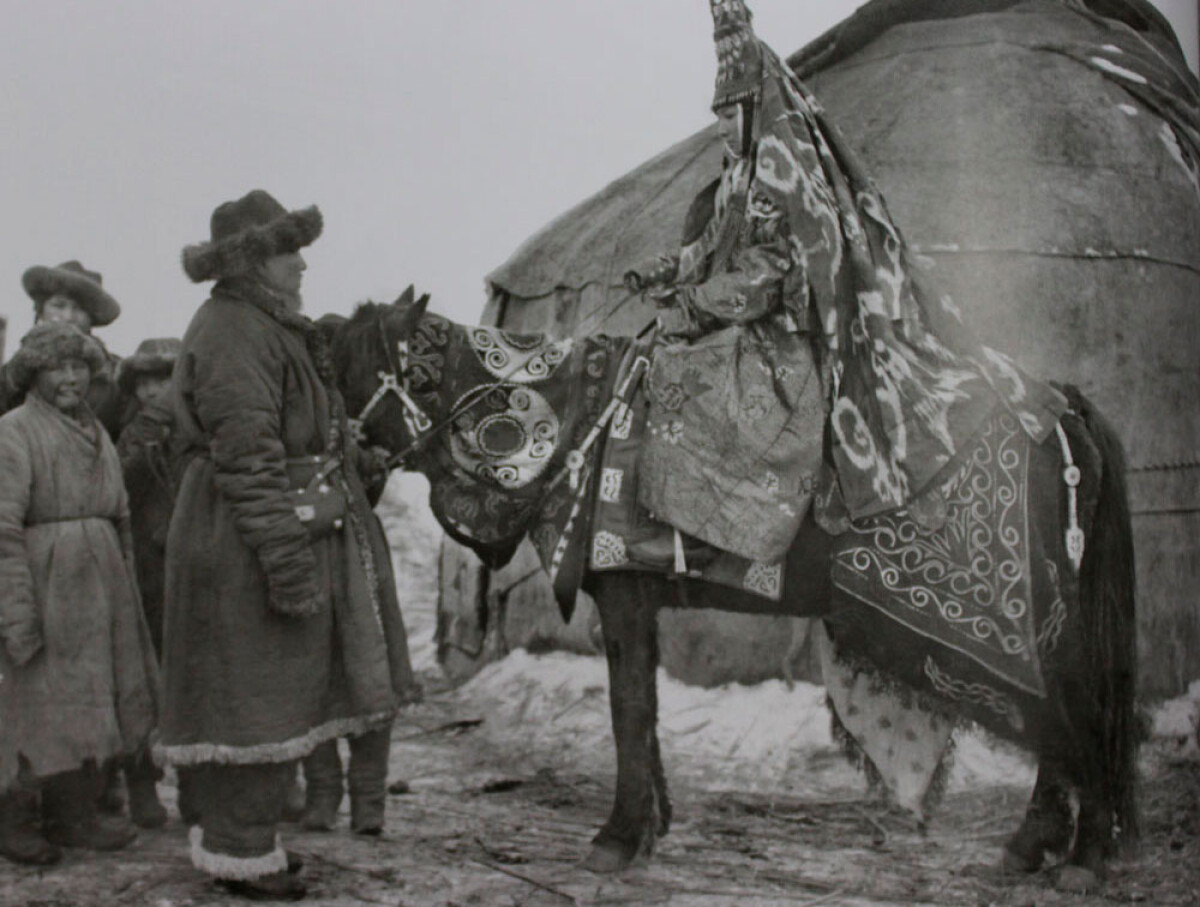 Children’s clothes differed by age and gender, material and social status of the family. Hair-dress and jewelry distinguished by its originality and way of life.

Infant clothes, even protective amulets that was sewn on it, did not differ for boys and girls. After birth, a baby was wrapped in a clean cloth.

Then, before the ceremony of forty days (kyrkynan shygaru), a baby was worn in a ceremonial shirt ‘it koilek’ regardless of gender, which was changed by a simple infant shirt after all the ritual procedures. When babies turned 1 year old, first gender difference was seen in the hair. One of the difference in this age: after shaving uttering hair, strand on top — aidar was left on boys’ heads, lock on temples — tulym was left for girls, there are also other variants and specially made fringe — ‘kekil’ is among them. 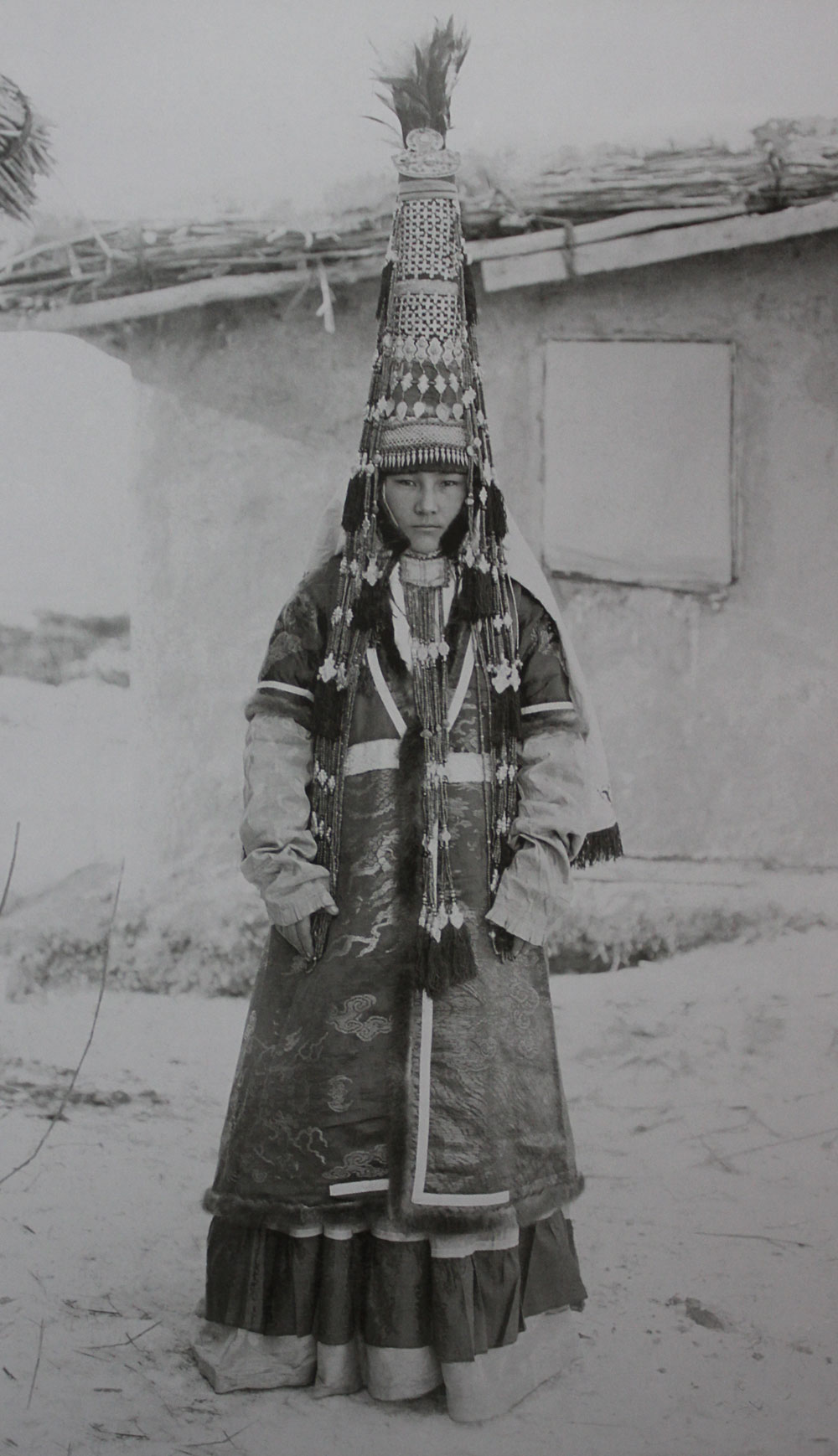 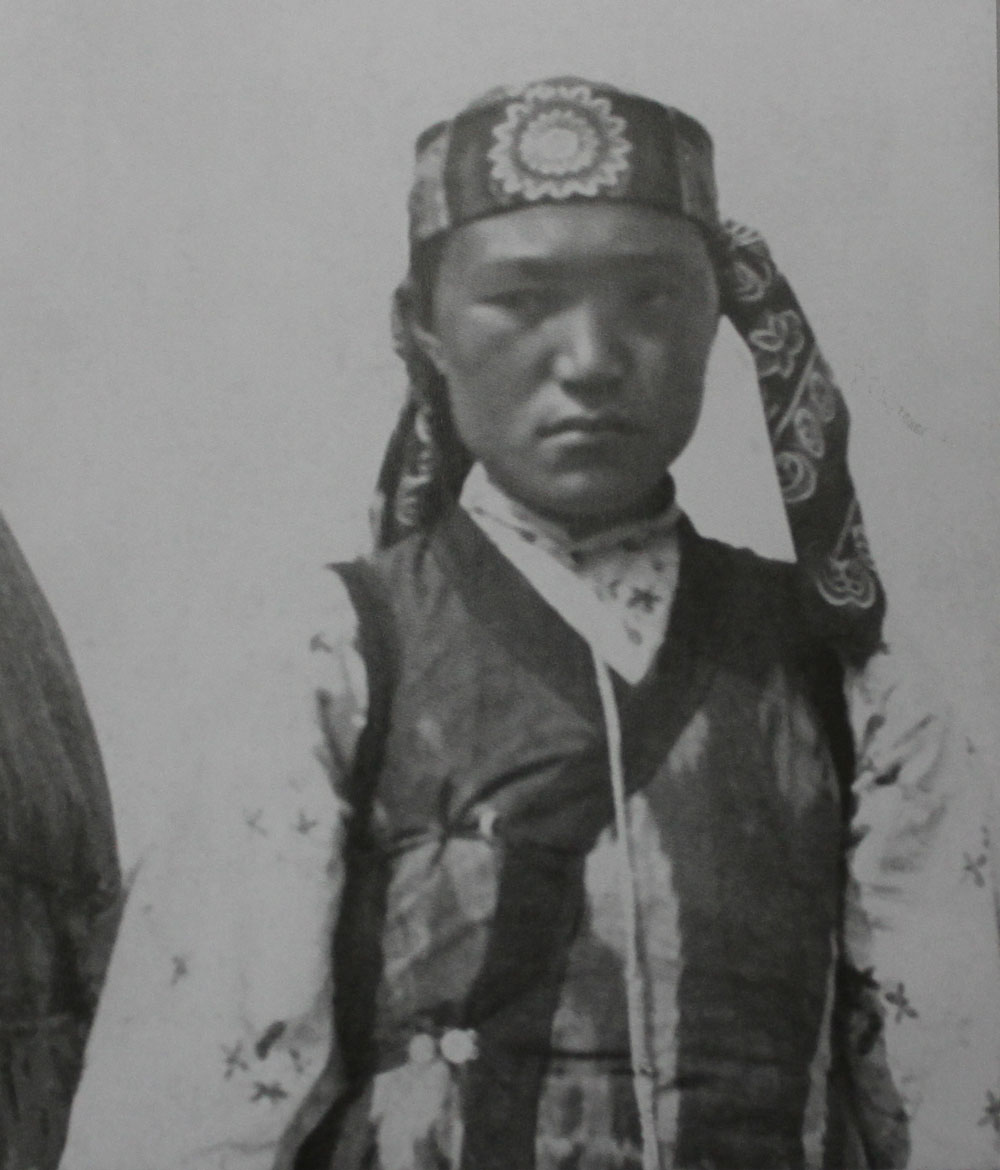 At the age of 7-8, girls were stopped shaving their heads and began to grow their hair and ‘tulym’ was woven into braids. The number of braids depended on the density of hair, but it does not usually exceed 10 per side. The hair was divided into two: upper — from the top and lower — from temples and back of the neck; hair was braided separately from each side. 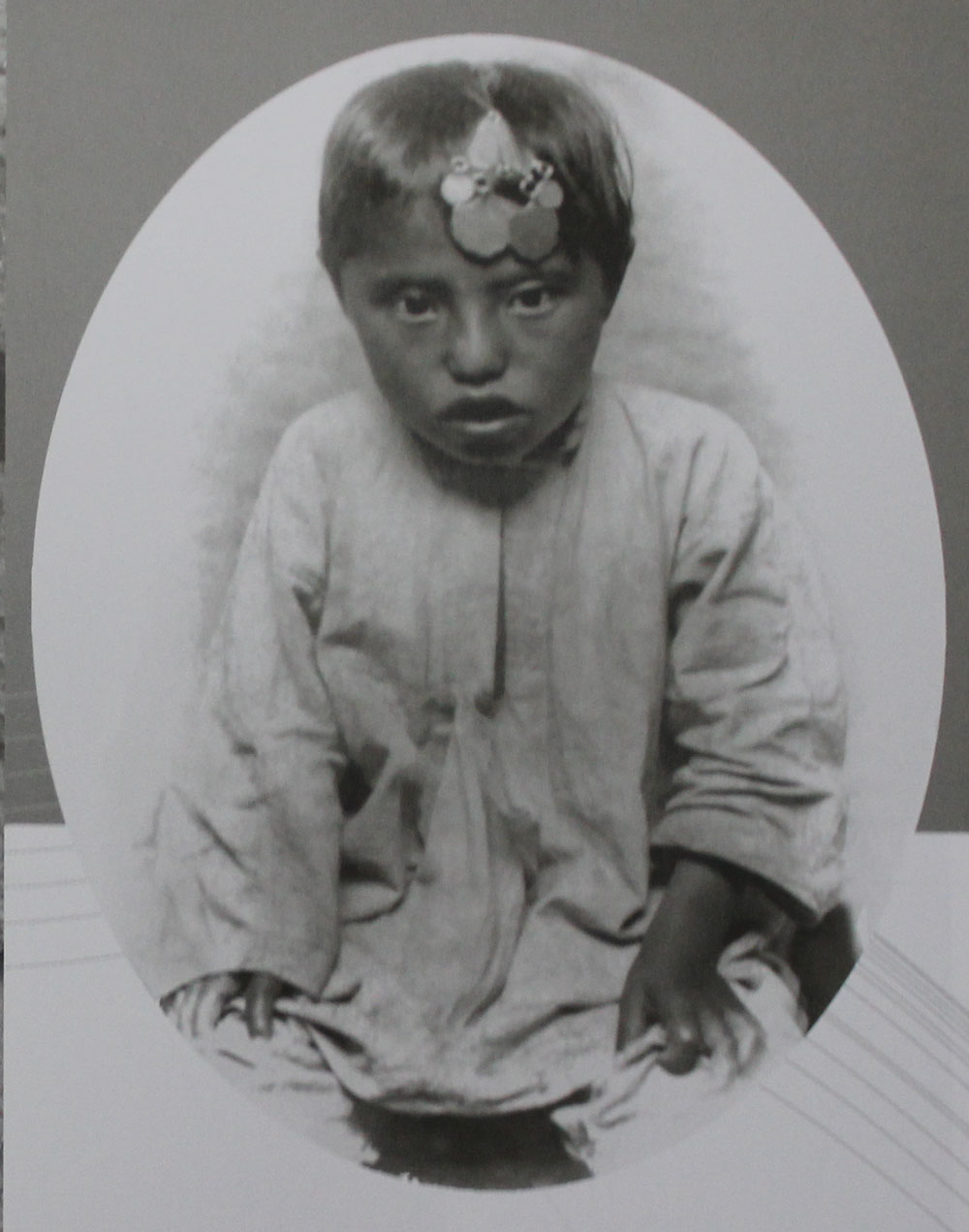 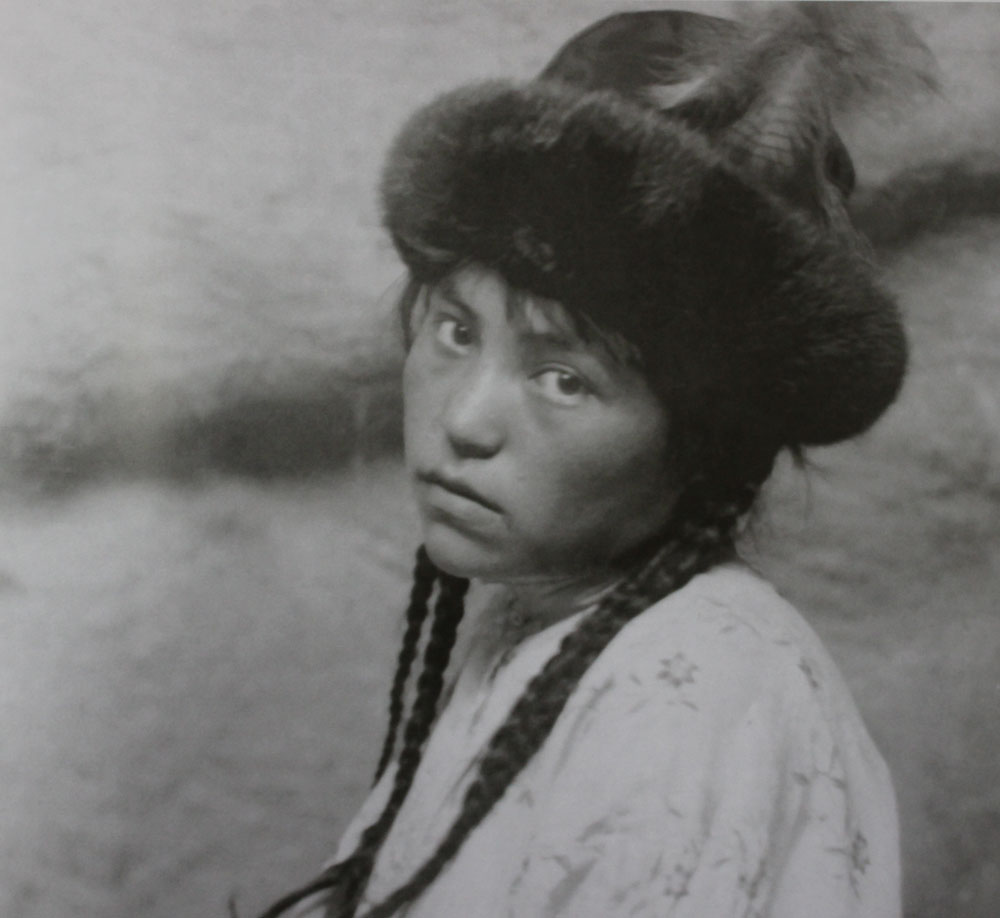 Sexual differentiation of children was intensified at the age of 7-11. Girls wore simple jewelry for the first time — earrings and flat bracelets, began to wear girl’s headwear — a round cap (tyubeteika), often decorated with eagle-owl’s feathers — ‘takiya’, ‘telpek’, ‘kepesh’ or warm headwear with fur edge — ‘borik’. Also turban from shawl ‘shalma’ and dressing cloth with the knot at the nape is famous among girl’s headwear. At the end of XIX century, maiden dress decorated with ruffles became widespread. Those dresses were decorated with embroidery, which were located in ruffles or covered the stitches. Each girl had kamzol and a sleeveless jacket embroidered and decorated with braid, coins and fancywork. 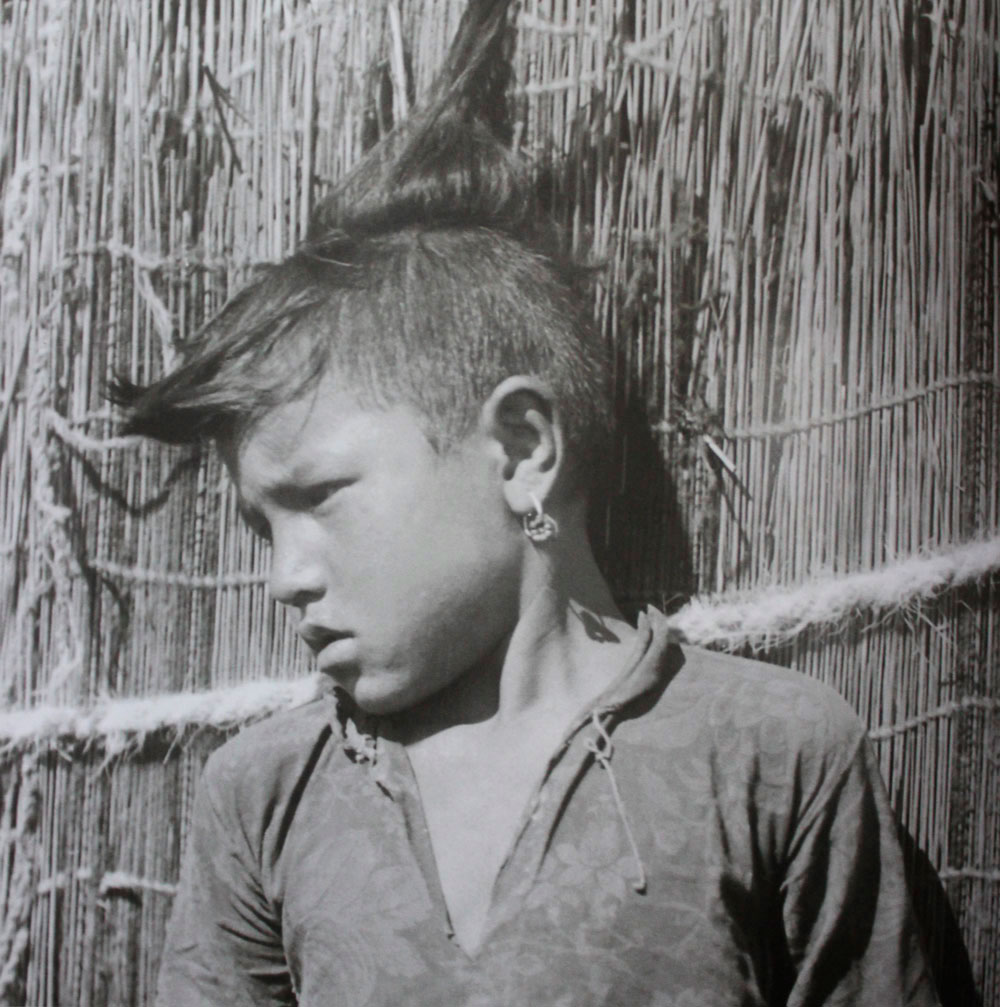 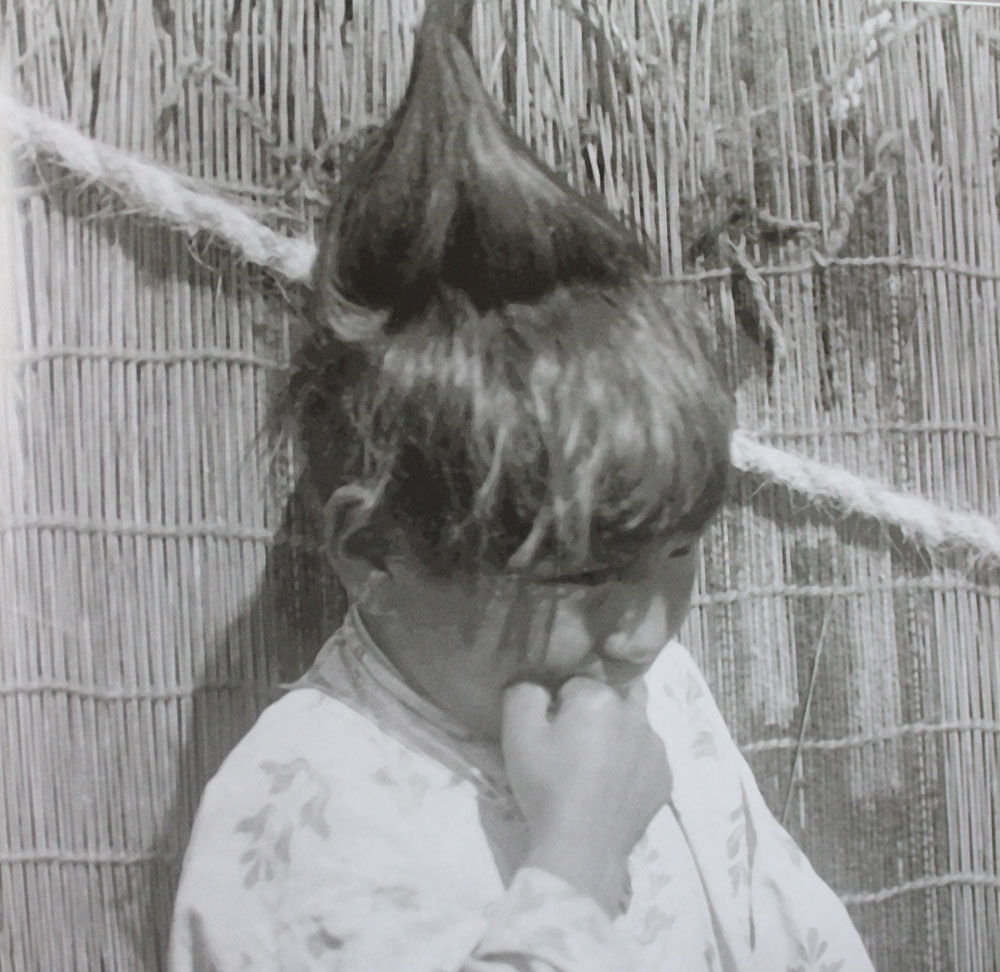 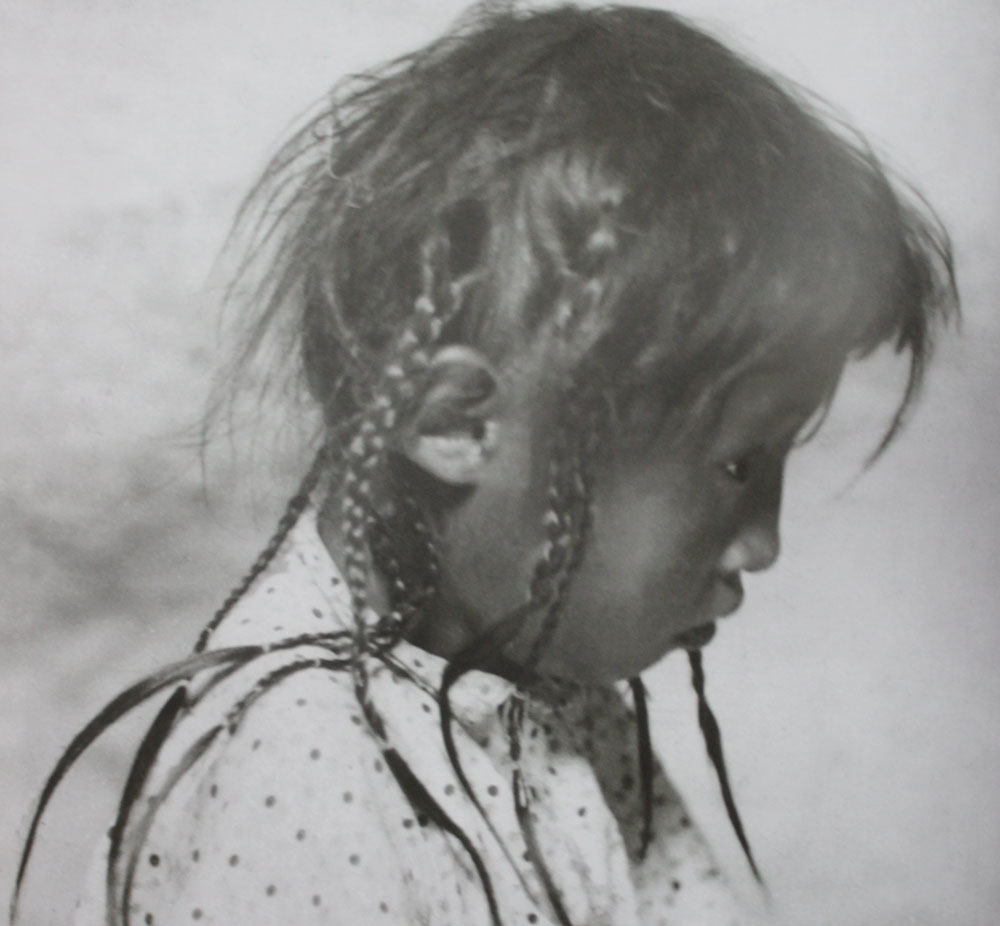 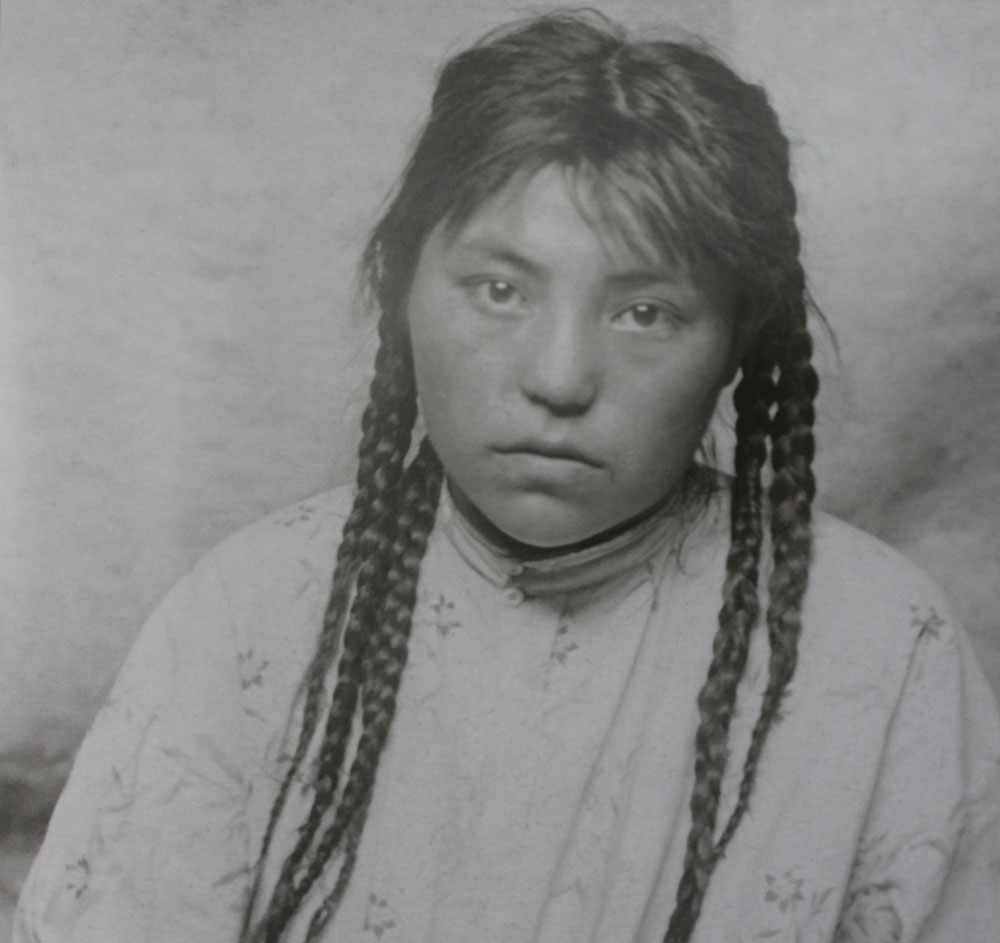 In XIX — early XX centuries, the age of 15-16 was considered the most common marriage age for girls (‘boizhetken kyz’ — ‘marriageable’). Special markers of premarital age appeared in her costume at that time. The main features that accentuated her age were all kinds of jewelry, which included chest jewelry, earrings, bracelets and rings. If girls wore only parts of that kit at the age of 13, girls at the age of 15-16 wore it in full kit, which in fact, demonstrated a kind of initiation of girls to the age group of brides.

Kazakh traditional culture in the collections of Kunstkamera — Almaty, 2008.- p.224