Traditional life in steppe: national knowledge of Kazakhs about nature 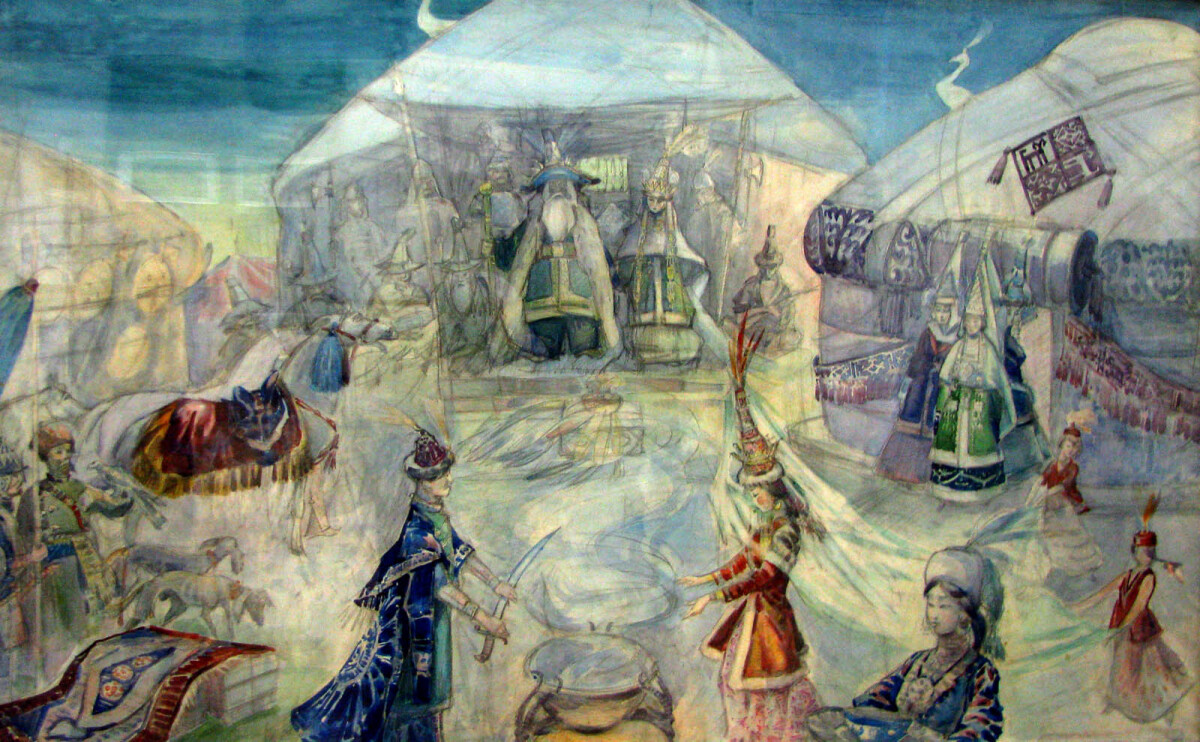 National pedagogics of Kazakhs is close to nature and man, it is perceived as natural. Shamanic beliefs in the Kazakh national consciousness formed the whole number of images and phenomena.
The man and surrounding him Nature

During the centuries the Kazakh people recognized the significant educational potential of the environment, its influence on the development of all the sides of the personality — the fortification of health, development of mind, morality, hard work, feeling of the wonderful; natural factor is regarded from the position of the succession of generations in physical and moral plan (S. A. Uzakbayeva, “Deep roots of education”). 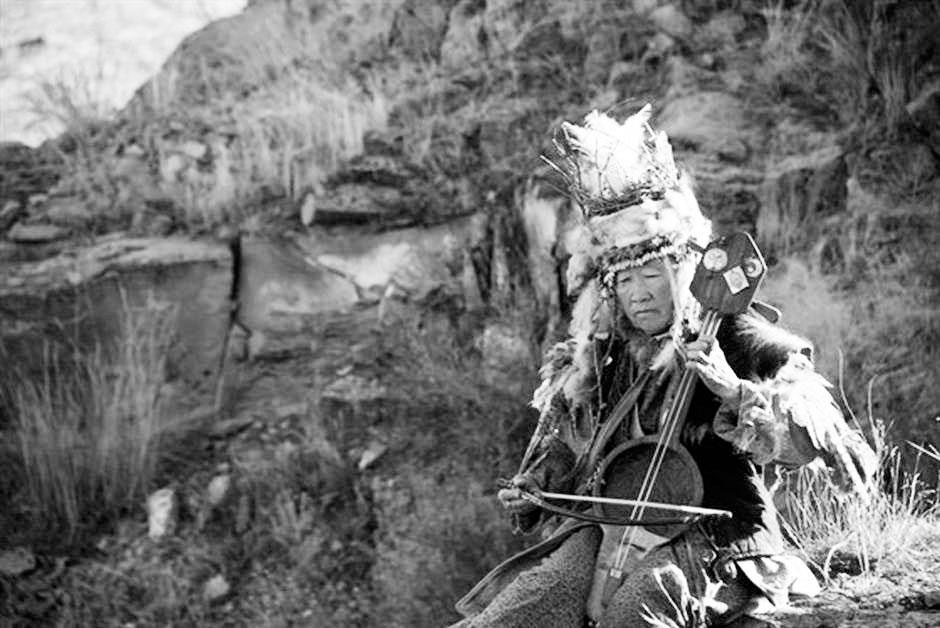 Integration of the Kazakh people with nature became the consequence of its continuous and intensive learning, which was realized on the basis of natural abilities with the help of special techniques, often combined with magic rites. The Kazakh people created the unique naturalistic encyclopedia including the phenological, astronomic, meteorological, astronomical and other knowledge based on the everyday philosophy and moral.

The experience of contact with nature comprised the practice (personal observation) and cognitive process (oral information, gained in the process of family and neighborhood communication). National knowledge about nature was accumulated and fortified in traditional rites, customs, works of material culture and poetic art (fairy-tales, legends, fables, sayings, folk songs and others).

The cult of nature and worship to animals

Thus, through fairy-tales, sayings, riddles the versatile knowledge, including of ecological character: about the habits of animals, about various phenomena inanimate nature. They educated the kindness, hard work, sense of responsibility in children, transferred all that folk experience without which it was difficult to survive in wild nature; in them the whole spectrum of interrelations between the world of nature and the world of man is reflected. Nature served for a man the inexhaustible source and guarantee of life. 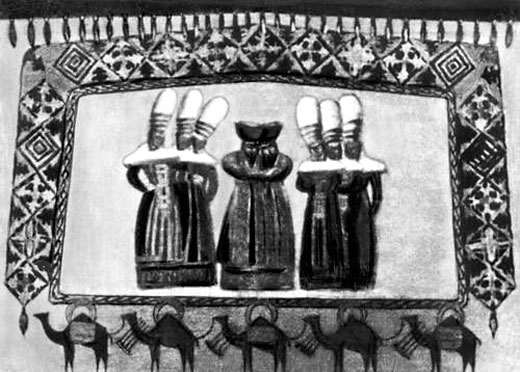 “Kazakhs adhered predominantly to the shamanic religious beliefs, shamanism is syncretic in its basis for Kazakhs. The great place in it takes the cult of nature and worship to animals. Along with that shamanism is organically connected with the belief in spirits. Particularly brightly the cult of ancestors is expressed in it” (K. Zh. Kozhakhmetova, “Halyktyk pedagogikany zertteudin keybir gylymi zhane teoriyalyk maseleleri”).

This inclusion is based on the works of Ch. Ch. Valikhanov “Tengri”, “Tracks of shamanism for Kirgizes (Kazakhs)” and others, where it was noted that shamanism in that from on which it was spread by Kazakhs represents the personification of the powers of nature and worship of spirits of dead ancestors.

Besides the heaven “Tengri” other powers of nature such as the sun, stars, and moon were personified. The peculiar meaning had the god of fire. Kazakhs sincerely believed into the sanctity of fire, its power. Since ancient times fire was considered the patron of shelters, house sanctuary. “Along with the shaman beliefs and on their basis, but at the same time running far beyond, in the Kazakh national consciousness the whole series of images, signs and beliefs reflecting their superstitions which by their naivety and simplicity during the long time served the worldview landmark of the steppe people” (Ch. Ch. Valikhanov “Tracks of shamanism for Kirgizes”).

They touched all the sides of life, governed and regulated their behaviour and during the economic activity and in everyday life, by curing people and animals from various illnesses, by the birth and education of children, and by intertribal conflicts. Many images reflecting the superstitions of ancient Kazakhs were supposed to put in fear of punishment by unusual and inexplicable monsters to people who retreated from demands of tribal rites and common rules of behavior. The favor of magical creatures for rightful deeds and acts were held out to others.

Along with Tengri, the objects of worship for our ancestors were Zher (Earth) and Su (Water) which conduced to the preservation of the tribe. They rescued people, hereby, they were allotted by godly features. In Kazakh fables the understanding of Zher-Su comes from the time of proto-Turks coming from Altay upland, and thus, still the esteem to Altay (ak Altay, askar Altay) has been preserved. Altay was considered the place of appointment of Zher-Su with the spirits of the ancestors which traditionally shared the land among themselves. 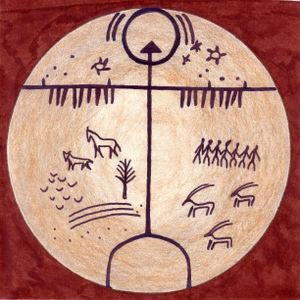 About that the reminding of the Milky lake at Altay (Sut-kol), on the top of which Altyn Bayterek (saint golden poplar), serving the conductor of the middle world and heaven which sounds as Zher Taniri kindigi (navel cord of the Earth and Heaven). Zher-Su possessed one more lake Kyzyl kol (Red lake) where inhabited the famous fish Ker balyk containing the prototypes of all the types of people and cattle and supporting the mountains of the whole Zher-Su. Ker balyk transferred these embryos to Zher-Su which by itself allotted by them the spirits-patrons of the tribes, and they realized them according to their discretion (Orynbekov M. S. “Prephilosophy of Proto-Kazakhs”).

Ancient people believed in the magical power of nature. For instance, the severe winter, distemper of cattle, draught, flood and other natural disasters were considered the manifestation of the will of the almighty God — creator of nature. At the time of draught, for example, people sacrificed the white sheep, prepared the treat and addressing to the God, charming him with the song to send rain. 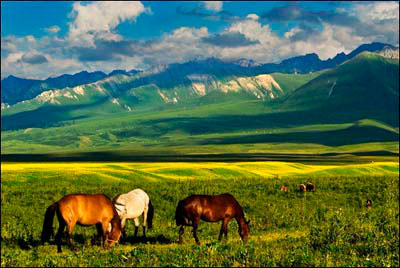 The most characteristic from religious-rite songs are those which are dedicated to the patrons: horses — Zhylkyshy ata, camels — Oysylkara, sheep — Shopan ata, goats — Seksek ata. In these songs people appealed to the patrons of animals with the request to preserve them form illnesses and mischief, and then they outspoke their appeal.