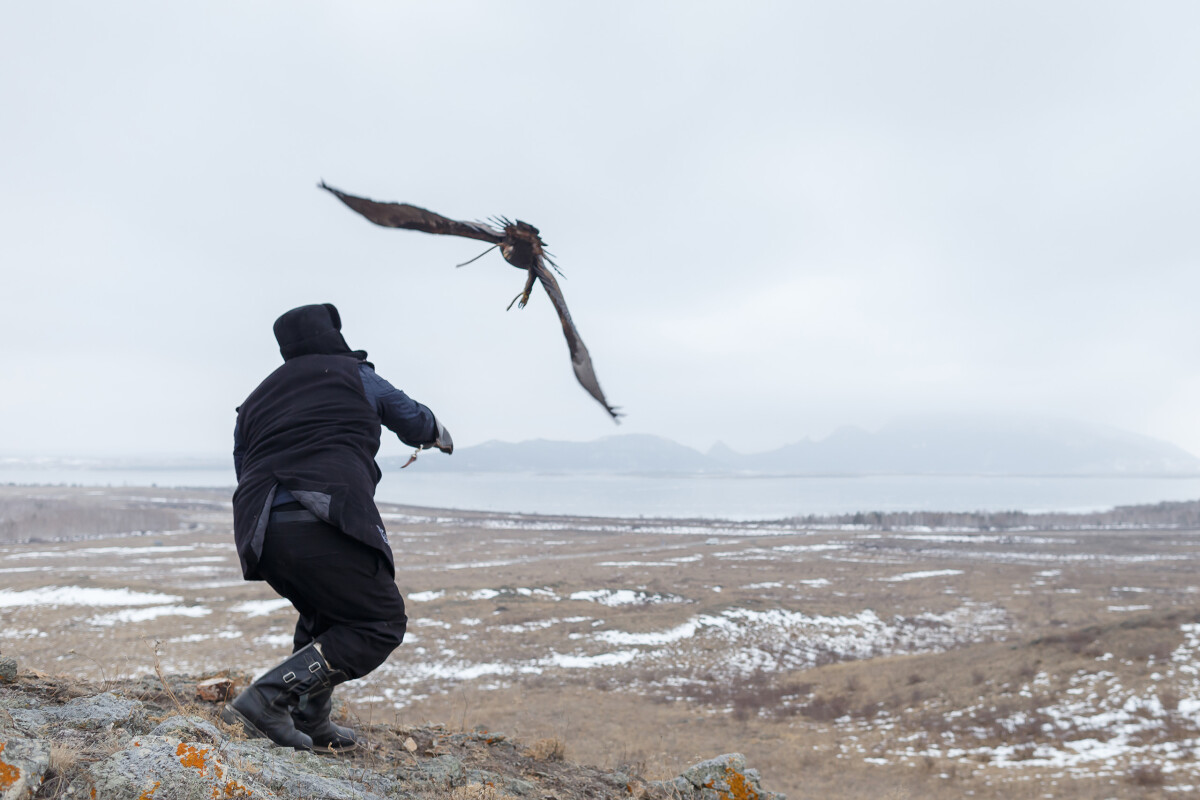 In the center of Borovoe, the first international hunting tournament with hunting birds "Kansonar-2017" was held

Since ancient times, creative personalities and wealthy Kazakhs liked to ride horses, hunt with hounds and organize festivities. On the one hand, hunting for wolves, foxes, ounces, lynxes, martens gave them valuable fur, from which they sewed ichigi (a kind of moccasins), fur caps, malakhai (fur cap with large ear flaps) and on the other hand hunting birds were breadwinners of the family.

The Kazakh people managed to preserve the art of hunting birds’ training. During the Great Patriotic War almost all grain and meat was sent to the front, and people were very poor. The inhabitants of several auls of the Zerendi District were rescued by the famous eagle hunter Masip Batyrkhanuly. He went hunting for game and distributed meat to children and the elderly. Despite his advanced age, he continued hunting, earned furs sent to Russia and on the proceeds he sent ammunition to the front.

Grateful descendants decided to hold in his honor a competition for hunting with hunting birds. 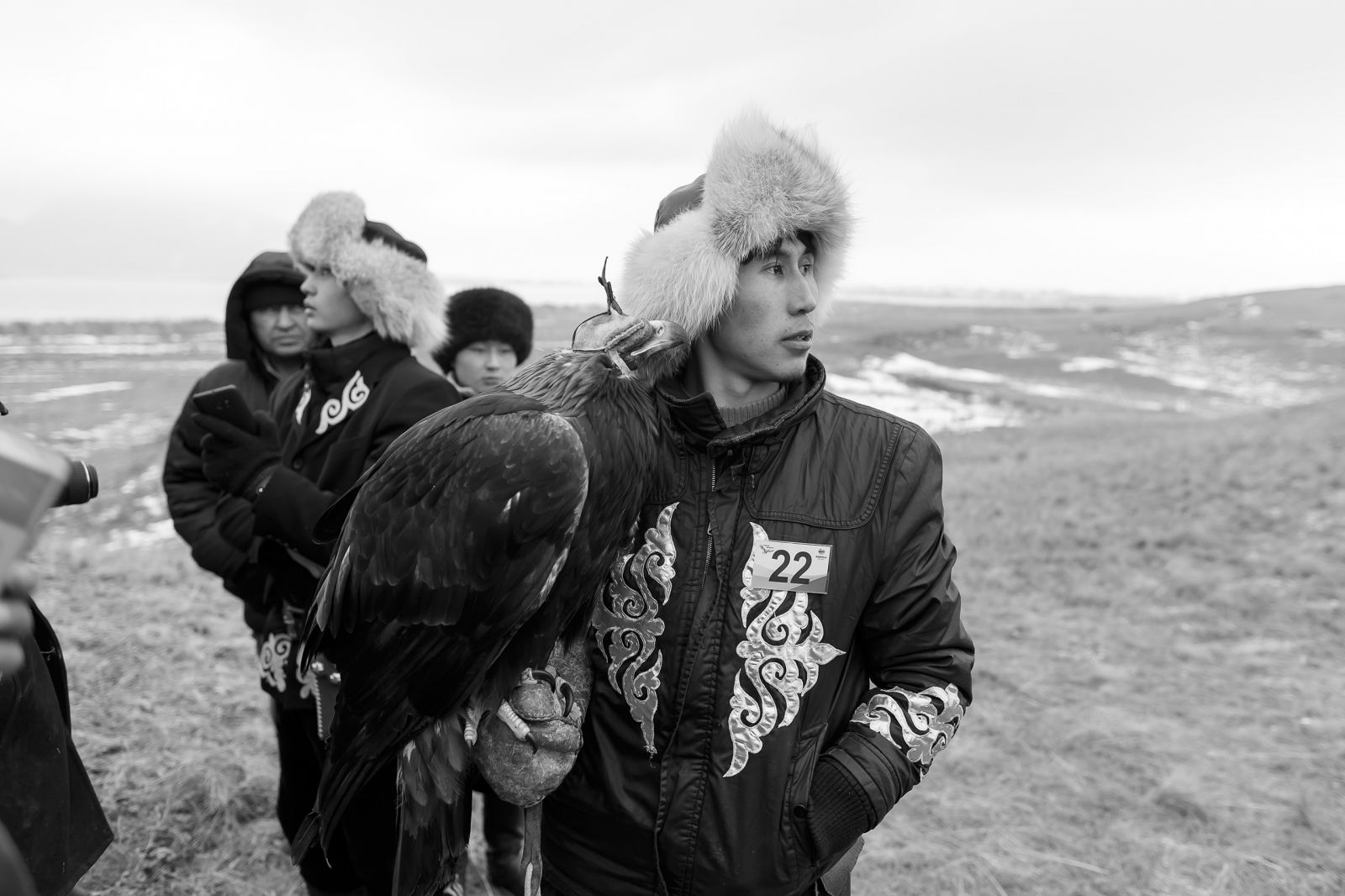 The competitions were held in several directions. At first, the young guys put hawks and falcons on their hands, adults were lucky in hunting with a golden eagle. This kind of national sport is intensively developing today. To date, about 100 hunters with hunting birds are in Kazakhstan. Half of them are professionals engaged in hunting with hunting birds on a professional level.

In 2016 this national art is officially registered as a sport. Now the young people have also started training hunting birds, and this pleases. In addition to the domestic eagle hunters, hunters with hunting birds from neighboring Russia, China, Kyrgyzstan, Hungary and Mongolia participated in the competition. In all, about 50 birds participated in the competition, where the appearance of birds and the eagle hunters, the flight of birds and the ability of birds to intercept prey were estimated. 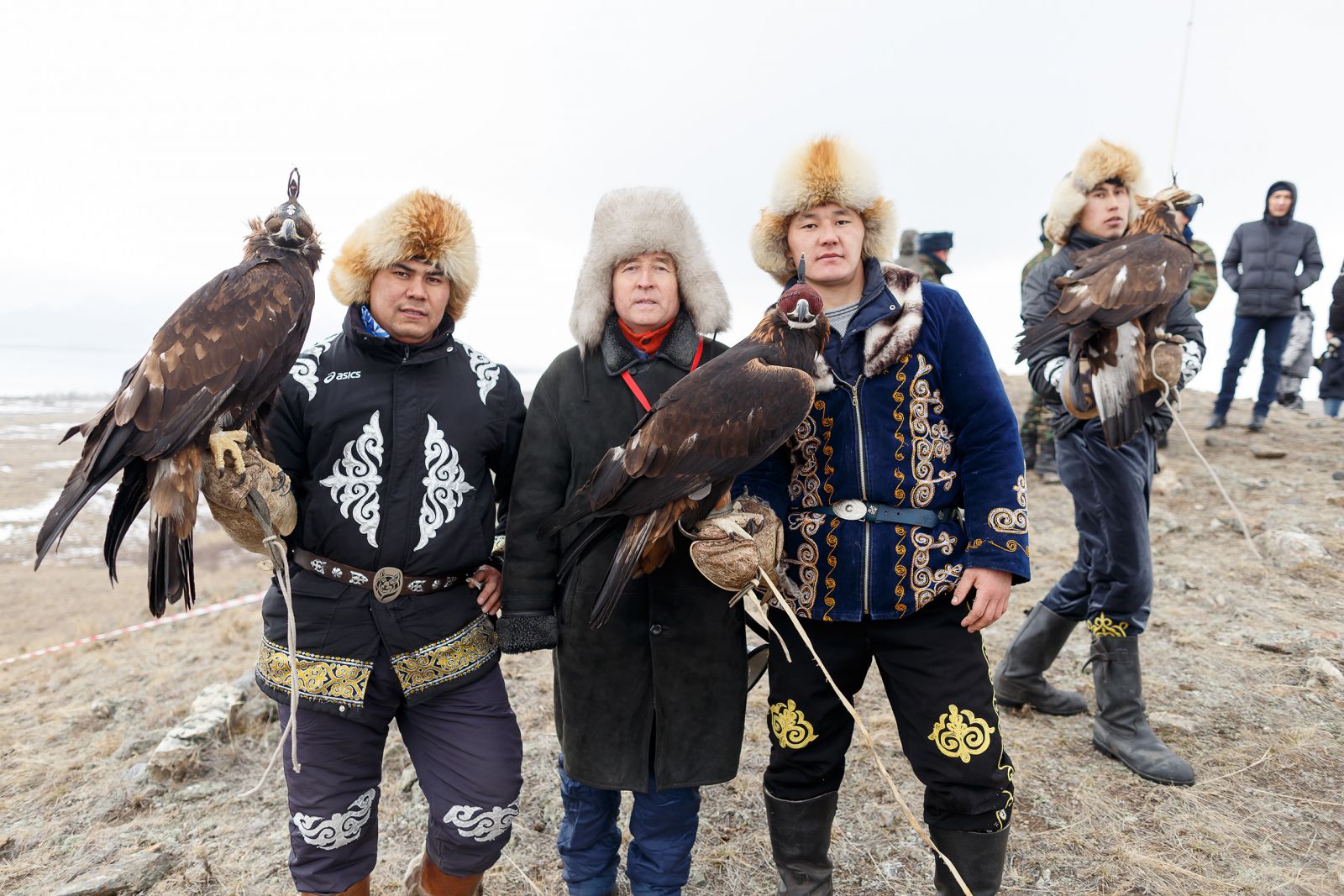 It should be noted that the eagle hunters’ tournament "Kansonar" has been held in Kokshetau for the past 12 years. And the current tournament within the framework of the program "Spiritual Renewal" was organized in honor of the Independence Day and the memory of the famous Akmola eagle hunter Masip Batyrkhanuly. The tournament "Kansonar" contributing to the revival of national customs every year replenishes the ranks of its viewers and participants. 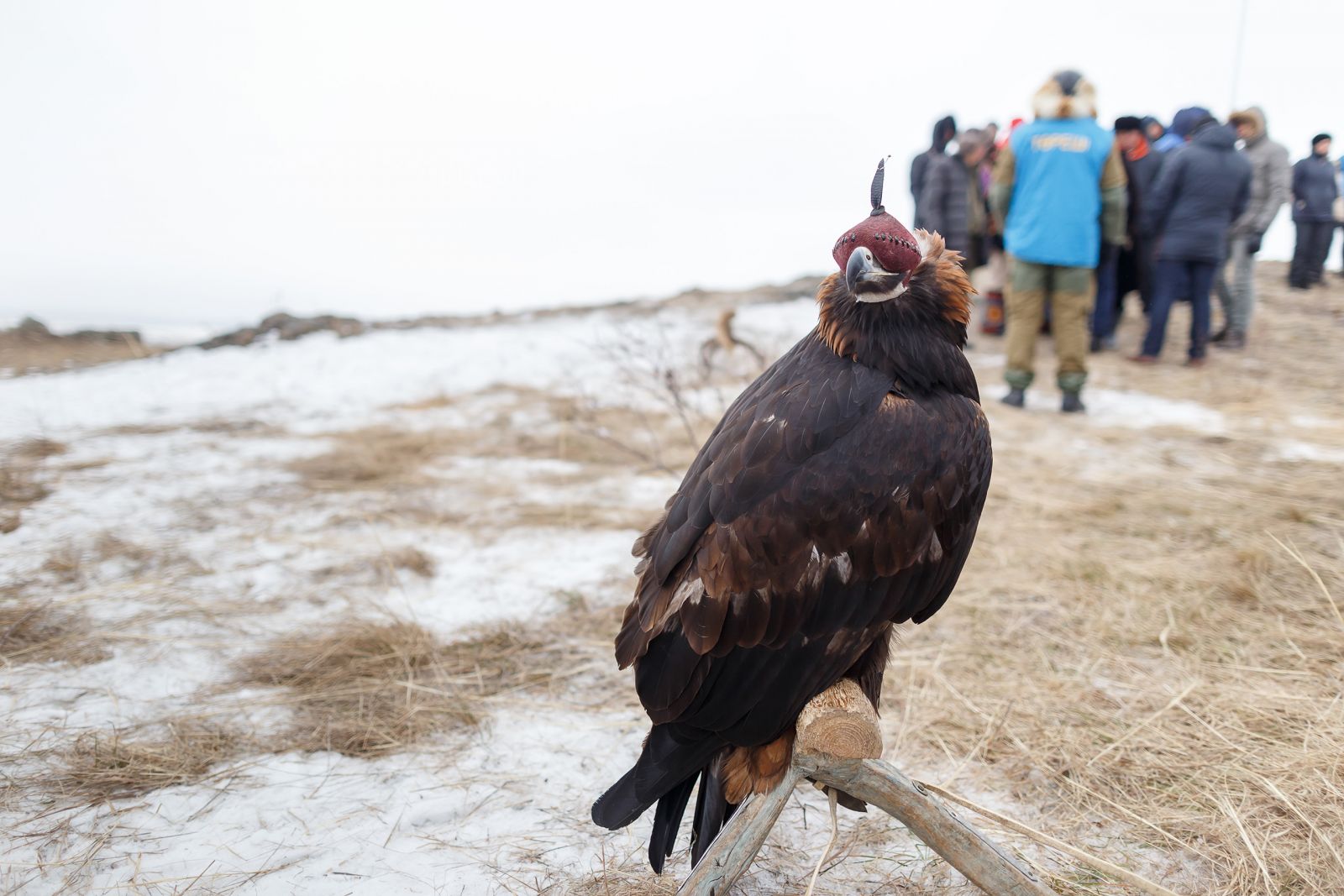 The tournament held today can be called special, because it is organized on an international scale; representatives of China, Mongolia, Hungary, Kyrgyzstan and Russia take part in this event.

Since 2005, the eagle hunters’ competitions have been held in Kazakhstan, and this year they are held in Borovoe. I'm glad that the number of participants is growing every year. We, too, on our part, make every effort to raise national art in Kazakhstan - hunting with golden eagle. 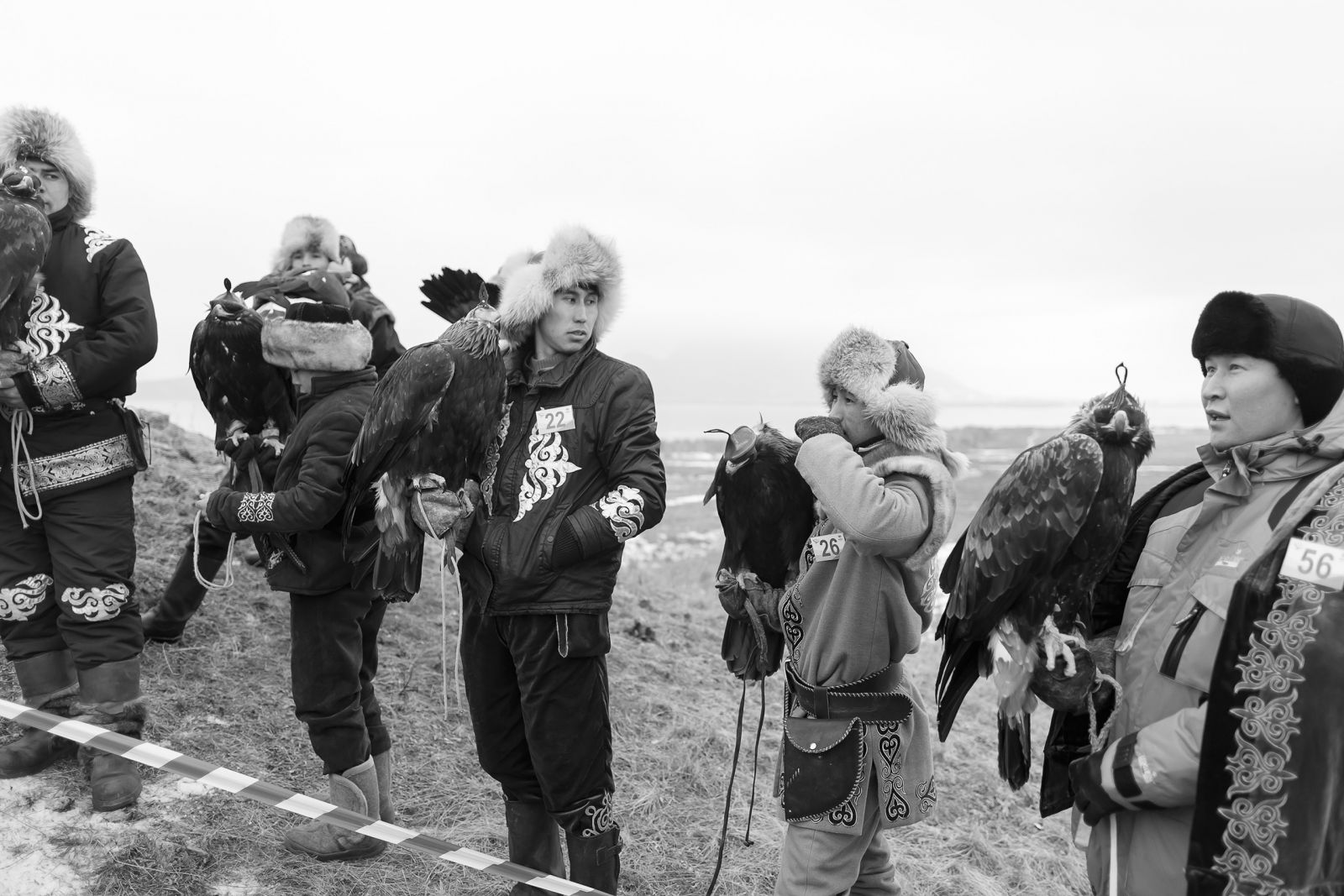 Not every second person can train the golden eagle; a person who has mastered this art can be called the owner of a special gift. The nestling should get used to the person, then he is tamed, and only then the nestling is trained to hunt, which in turn is not a one-day occupation, but daily training by the sweat of eagle hunter’s brow. Therefore, today in our country there are about 100-150 people – professional eagle hunters who have preserved the traditions of hunting with hunting birds. And in such countries as Hungary and Spain this kind of hunting is very well developed, in these countries the number of professional hunters exceeds 1000 people.

In Kazakhstan, this is seen as a tradition, and in other countries it has been turned into an industry. Here, too, we must create all the necessary conditions for eagle hunters, take every professional eagle hunter on a full-time basis, assign a stable salary, and pay special attention to the transportation of birds, because during such competitions it is not easy to transport a bird from one place to another. In addition, it is necessary to open more schools to train hunting with hunting birds, to create all the necessary conditions. 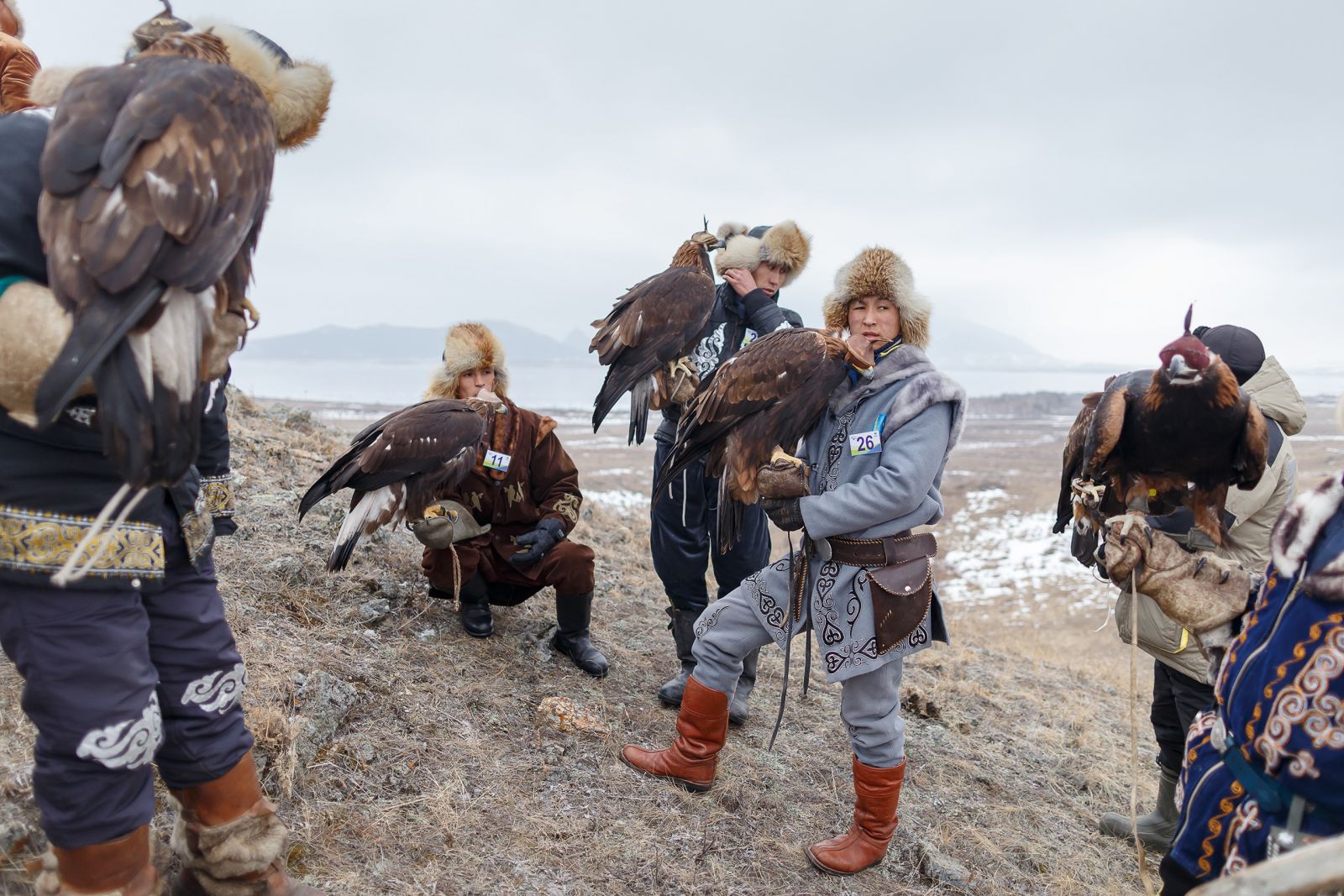 At the end of the competition, the owner of the main prize was the coach of the hunting with hunting birds at Akmola regional children's and youth sports school on national sports Kanat Shulenbayev. Arman Koshkarov from the Atyrau region rose to the second stage of honor. The third place was shared by Kuntugan Serikpek who came from Astana and the representative of Akmola region Tastanbek Bergenbay.