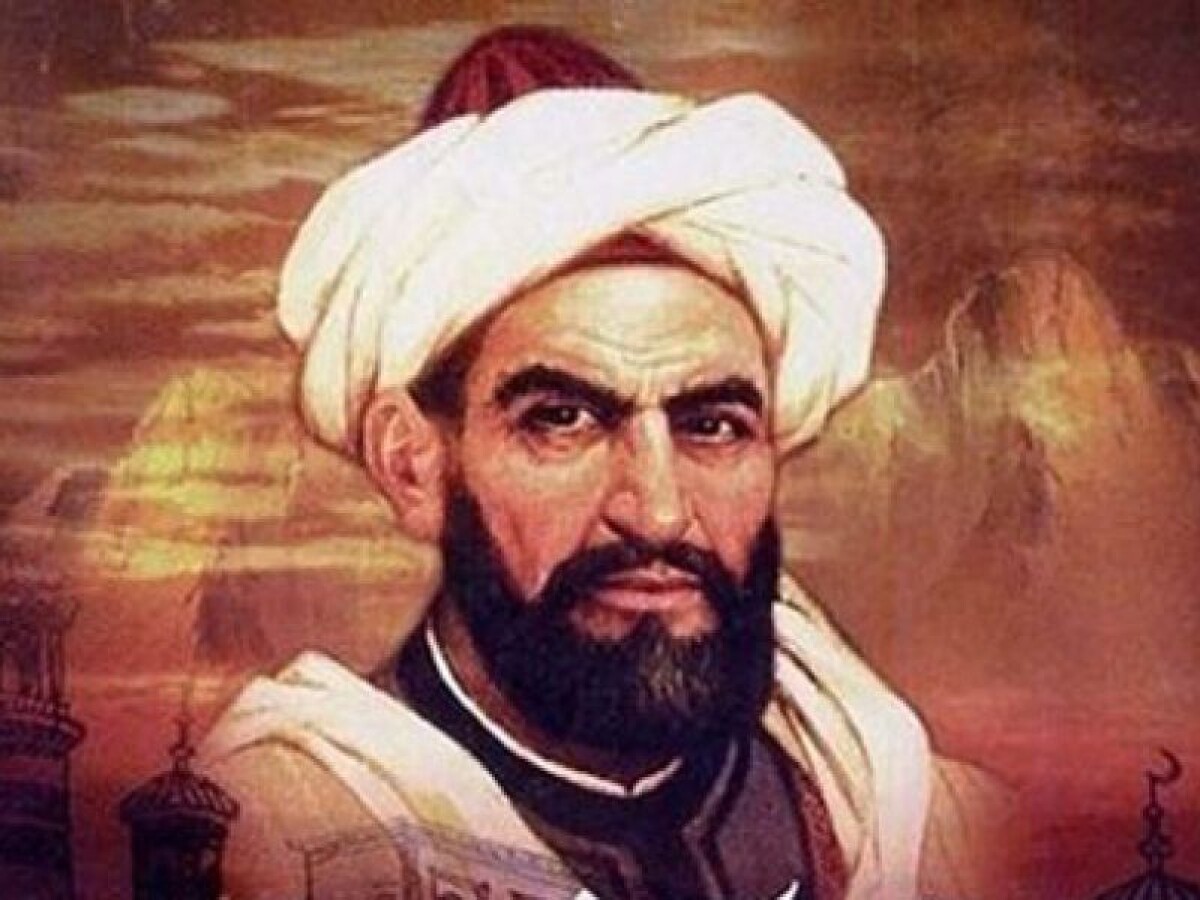 Mahmoud Kashgari is a scientist, an outstanding thinker and philosopher of the XIth century, born in Central Asia.

His scientific worldview was shaped in intellectual centers of the Arab world: Bukhara and Samarkand, Baghdad, Merv and Nishapur. Attention of his colleagues-scientists was focused on comprehensive study of the problems of the Arabic language, which at that time was considered the language of the Koran and science, and Mahmoud Kashgari was one of the first scholars to choose the Turkic language as an object of scientific research. That was despite the fact that at that time the Turkic language was considered to be the language of the everyday life of the Turkic peoples.

Very little is known about Mahmoud Kashgari's life. We can get an information about him just from his main work “Diwan Lughat al-Turk” (“The Compendium of the Turkic languages”). 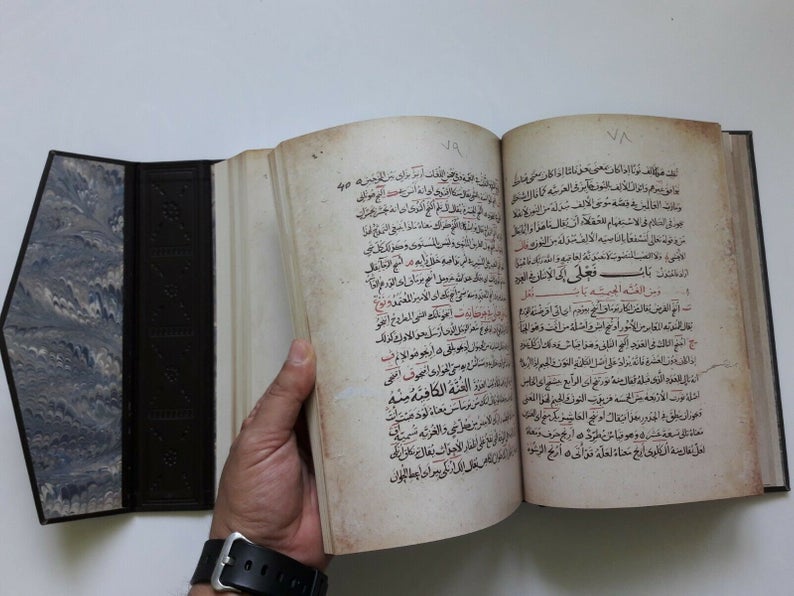 “Diwan Lughat al-Turk” (“The Compendium of the Turkic languages”) by Mahmoud Kashgari,

The Uyghur historian Imin Tursun suggests that Mahmoud Kashgari comes from the Uyghur tribe “Yaglagar”, which has been in power for several centuries, and is one of the descendants of the Karakhanids. According to the Arab historian Ibn al-Asir, Mahmoud Kashgari was the grandson of Muhammad Bograkhan, great-grandson of Yusuf Nadyrkhan and great-great-grandson of Abul Hassan Kharun. Mahmoud’s father, Hussein ibn Muhammad was a very educated, intelligent person. As the emir of the city of Barskan, located on the shores of Lake Issyk-Kul (now the territory of the Issyk-Kul region of the Kyrgyz Republic), from 1056 to 1057, Hussein ibn Muhammad took measures to establish peace and prosperity among local people. Mahmoud’s mother, Byubi Rabiya khanum was one of the most educated women of her time. She was called a person of highly moral integrity. She paid special attention to the education of Mahmoud from an early age. Byubi Rabiya khanum tried to get him to think more comprehensively about the many facets of the life, tried to develop his physical skills, to be an intelligent and educated person. According to some researchers, Mahmoud Kashgari was born in the city of Barskan.

Mahmoud Kashgari received his primary education at home, which is quite natural for that time. Today it is known that the famous scientists of the Eastern Renaissance, natives of Central Asia, such as al-Farabi, Ibn Sina, al-Biruni, also received primary education at home. Then Mahmoud Kashgari studied at a religious school in the regional center called “Opal”. Later the young man received secondary and higher education in Kashgar in the madrasahs known as “Hamidiya Madrasah” and “Sagia Madrasah”.  At that time the mentioned educational institutions were prestigious ones and were known throughout East Turkestan and Central Asia. In the premises of the madrasahs, Mahmoud studied secular and theological sciences, and mastered Arabic and Persian well. The capital of the Karakhanids, the city of Kashgar at that time was the center of education and culture of the Turkic-speaking peoples. Famous scientists of that time taught at the madrasahs, for example, Hussein ibn Khalap, a teacher of Mahmoud Kashgari. The well-known historian Abduzhapar Kashgari, the famous poet and thinker Zhusup Balasagyn and other scientists and poets received an education there.

Mahmoud was brought up as a strong, courageous warrior. In the early Middle Ages, it was a tradition among Turkic peoples to practice horseback riding, archery, handle the sword, and engage in other types of military training. Like any young man from a family of high-ranking people, Mahmoud also mastered these types of military art. He wrote about it in his “The Compendium of the Turkic languages”: “I belong to the main tribe of these Turks and in military affairs I am a skilled fighter who can wield a sword”. There is an assumption that Mahmoud Kashgari was born in 1029 or 1030 and died in 1126 or 1127. He lived to the grand old age of 98, whereas the average life expectancy of men at that time in the Karakhanid state was 35–40 years.

Because of struggle for power at home at the age of 29, Mahmoud was forced to leave Kashgar and wandered for a long time in foreign lands. The young scientist lived in Baghdad for a long time, where he worked as a mudarris (assistant professor) in a madrasah and raised many talented students. Mahmoud returned to his homeland after more than 60 years, in Opal he created a madrasah and worked there as mudarris for another 8 years.

It should be noted that in the period between IX – XI centuries there were a lot of scientists from Central Asia in the scientific centers of the Arab Caliphate, particularly, in Baghdad and Damascus. They lived and worked there.

The reasons for their resettlement outside the homeland are very different. There was a time when scientists were resettled officially. Over a century and a half, about 700 scientists were officially removed from the regions of medieval Central Asia.

Mahmoud Kashgari worked on “The Compendium of the Turkic languages” for a long time. It took him fifteen years to collect material for the work. He had to go around the vast territory, where people used to speak Turkic languages. He studied works on Language, History, Literature in Turkic, Arabic, Persian languages. The scientist paid special attention to the study of the History of Arabs, their spiritual culture, the teachings of Islam, particularly, the Koran. After such a huge preliminary work Mahmoud Kashgari started writing his remarkable three-volume book. The author finished work on “Diwan Lughat al-Turk” on February 10, 1074.

It should be emphasized that the work of Mahmoud Kashgari is not an ordinary dictionary, designed for the Arabs, wishing to study the Turkic language. In his book, the scientist set a broader task: he sought to acquaint readers with the history and a way of life of the Turkic peoples, living in Central Asia and to give an insight on their contribution to the development of world culture.

He set himself the goal - relying on rich linguistic material, to show the economy, political situation, unique spiritual culture of the Turkic peoples, particularly, their achievements in the development of scientific knowledge and technology, art and literature. He wanted to demonstrate their traditions and customs, religious beliefs, etc.

Many modern scholars-philologists are struck by the fact that Mahmoud Kashgari back in the XI century conditionally singled out the constituent parts in the Turkic words, introduced the comparative method and historical approach into the study of languages, laying the foundations of what we now call “Turkology”.

Mahmoud Kashgari was a universal scholar of his time. He studied not only the actual problems of Linguistics, but also studied the important issues of Folklore, History, Ethnography, Geography, Astronomy, Medicine, and Philosophy.

In the center of attention of Mahmoud Kashgari as a thinker were: the philosophy of nature, problems of social development, ethical and aesthetic views of Turkic peoples, issues of humanism, patriotic education of the younger generation.

The “Diwan Lughat al-Turk” by Mahmoud Kashgari contains more than 240 literary passages, couplets of ritual and lyric songs and about 290 proverbs and sayings. They clearly reflect the humanistic ideas of the great scientific era of the Karakhanids.

Based on the rich material of folklore, the philosopher thinks over about the meaning of life, a human being and his mission on the Earth. He praises the man of labor, condemns parasitism and an idle lifestyle of people.

It should also be noted that the “Diwan Lughat al-Turk” is the first areal linguistic work, because Mahmoud Kashgari added a round world map to his work.

But if Arab cartographers drew a map round as an image of the Earth and in the middle depicted Mecca, then Mahmoud Kashgari drew a round map and marked in its center cities such as Kashgar, Barskan and Balasgun, the centers of the Karakhanid state. In the west of the map we see Kipchaks and Rum, populated by Franks, in the southwest - Ethiopia, in the north - India, in the east - China and Japan. 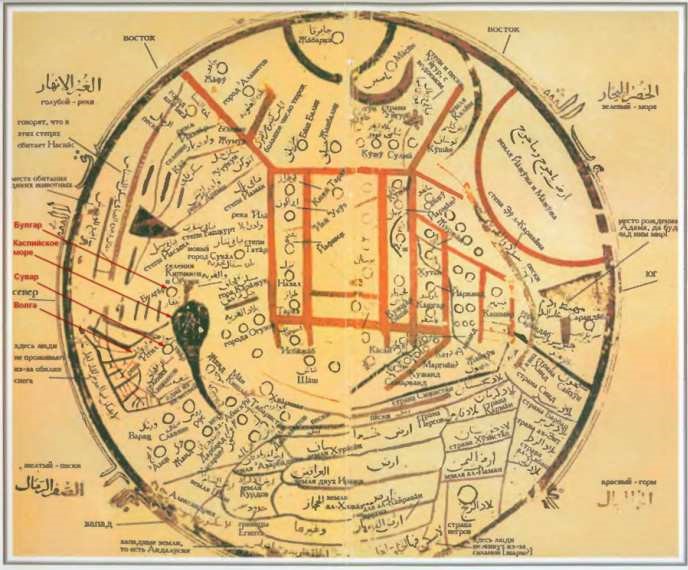 The first known map of the areas inhabited by Turkic peoples, done by Mahmoud Kashgari.

This map is housed at the National Library in Istanbul.

Khalel Dosmukhameduly at the beginning of the XXth century, one of the first researchers to consider the work of Mahmoud Kashgari in connection with areal linguistics, wrote that “in the history of Islam, geography has never been used in linguistics” and it was done by Mahmoud Kashgari, “by drawing a map in a round form and showing the world where and how the Turkic tribes were located”.

Before making the round map, Mahmoud Kashgari examined the territory of Turkic tribes settled from Rome to the ocean, and the social and geographical conditionality of keeping their language “clean”. Besides that, he created an areal classification of Turkic languages.

The first complete translation of “The Compendium of the Turkic languages” was done in Turkey, it was translated into Turkish language. There are also English, Uyghur, Uzbek, Qazaq, Russian versions of the work. A significant part of the material to this book was used in published in Germany “A Dictionary of the Ancient Turkic language” in German. The “Ancient Turkic Dictionary”, issued in the USSR, was very popular. The basis for that dictionary was Mahmoud Kashgari’s work “Diwan Lughat al-Turk”.

Therefore, it is not accidental that these days, Qazaqs, Uzbeks, Uighurs, and Turkmens claim that Mahmoud Kashgari belongs to their people. But regardless of these claims, Mahmoud Kashgari remains a great son and the common heritage of all the peoples of Central Asia, an outstanding scientist who has made an invaluable contribution to the history and culture of these peoples.