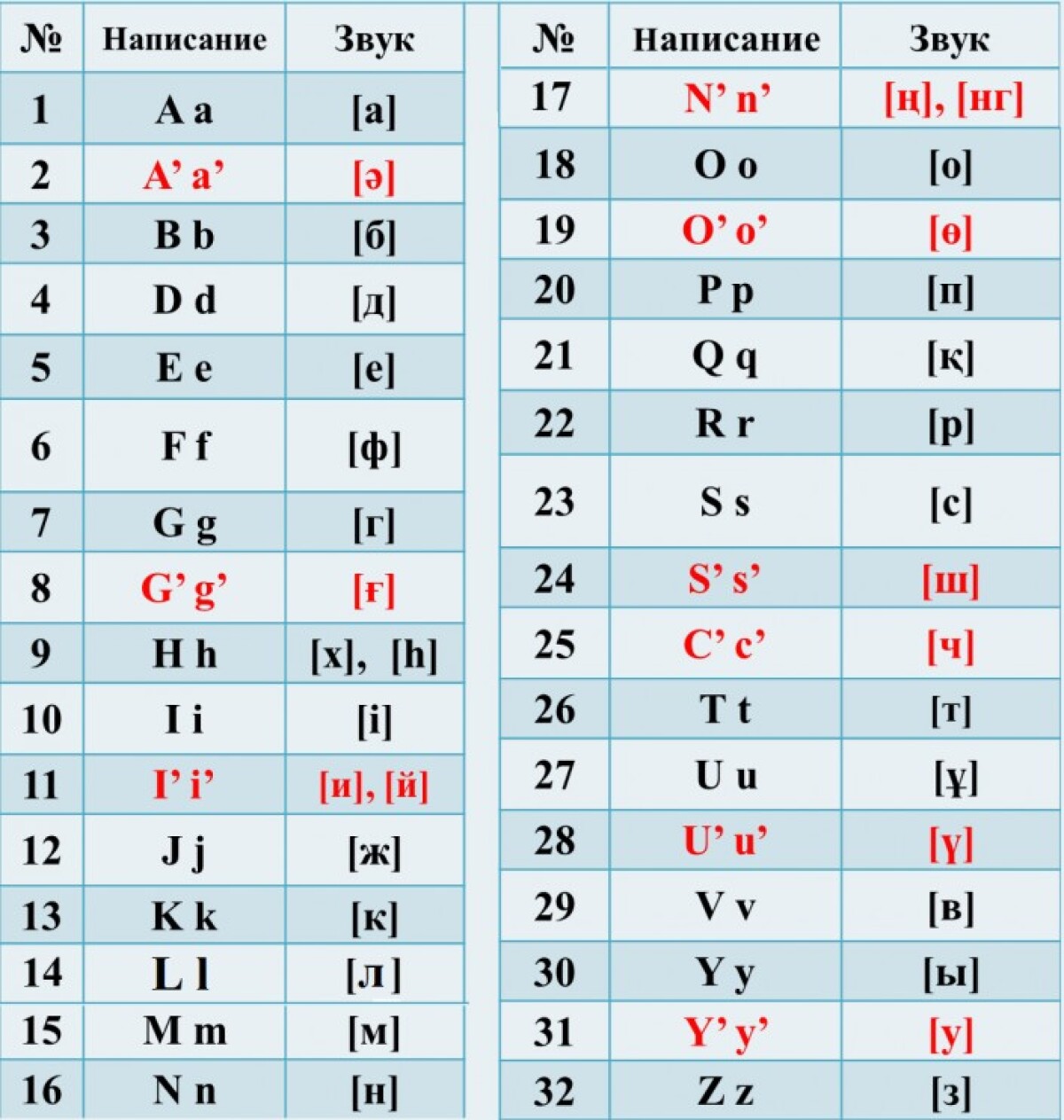 The question of the transition of the Kazakh language to the Latin script requires a profound all-round comprehension. In this case, it is especially important to take into account the experience of

Writing is one of the most important inventions of mankind. The creation of writing still has white spots in history and linguistics.

The written culture of the peoples living on the territory of Central Asia and Kazakhstan appeared in the early Middle Ages. Ancient Turks, who are also the ancestors of modern Kazakhs, played an important role in Eurasian history. Their language from the 5th to the 15th century served as a means of communication between representatives of different nationalities. Even in the territory of Mongolia during the rule of Batu and Munke, various documents and correspondence in the Golden Horde were conducted except Mongolian - in the Turkic language.

The evolution of the language related to our state language took place in the 13th-14th centuries. A unique example of writing in the 6th-7th centuries was discovered in 1896-1897 near Aulie-Ata, now it is the city of Taraz. In this territory were found 5 stones with ancient Turkic characters. And in the 40-ies of the XX century in East Turkestan, four surviving manuscripts of the ancient Turkic letter of the middle of the VIII century were discovered. These discoveries made a big impact in scientific life.

Arabic script was distributed in Central Asia and Kazakhstan in secular schools and madrasah, as well as in official correspondence. With its elegant design columns, roofs, domes of various designs were covered. Scientists, representatives of creative intelligentsia created their works in Arabic, on which they left drawings, often executed with great artistic skill. Famous thinkers of the East wrote in Arabic and Farsi (Persian), as these languages ​​served the functions of international languages.

The Kazakhs used the Arabic alphabet for about 900 years from the 10th to the 20th centuries. In 1912, Akhmet Baytursynov reformed the Kazakh script on the basis of Arabic graphics, giving a large number of Kazakhs living abroad the opportunity to join their native letter. He removed all the specific Arabic letters not used in the Kazakh language, and added letters specific to the Kazakh language. The alphabet "Zhana emle" ("New spelling"), and in our time is used by Kazakhs living in China, Afghanistan, and Iran.

Since 1917, the idea of ​​Romanization has started to gain popularity in Kazakhstan. Arabic script played an important role not only for the culture and education of the Kazakh population, but also for maintaining spiritual and historical ties with other eastern countries. But at the beginning of the XX century, this script began to seem to the Kazakh society an obstacle to historical progress and people's self-identification. The movement for the transition to the Latin script was particularly active in 1923. After a thorough discussion in 1929, the Kazakh language passed to the Latin alphabet. Publicist publications were published in the Latin alphabet; it was introduced in schools so that children would be accustomed to it in the early stages.

The updated Kazakh alphabet consisted of 30 letters with the necessary additions to them for the transmission of specific sounds of the Kazakh language. But the life of the Latin letter in Kazakhstan was short - it lasted from 1929 to 1939. Supporters of the Latin graphics had hoped to integrate into European culture, but Romanization did not yet mean an approximation to the progressive achievements of Europeans in science and culture. Attempts to learn additional languages remained weak.

But, despite this, Romanization represents a special stage in the development of Kazakh script and book printing. The editions of that time are valuable as examples of high culture, the instrument of which was the Kazakh language based on the Latin alphabet. The draft of the new alphabet in 1940, which was based on Russian graphics, consisted of 42 letters and took into account the phonetic features of the Kazakh language. From this period, Kazakh printing and publishing journalism, official correspondence and classes in schools were conducted on the updated Kazakh script.

After gaining independence, post-Soviet countries once again began to think about changing scripts. Moldova adopted this decision in 1989, that is, back in Soviet times. Azerbaijan, Uzbekistan and Turkmenistan launched the process of Romanization at the beginning of gaining independence.

One of the important directions of the policy of the President of the Turkish Republic, M.K. Ataturk, was the rapprochement of the Turkish public with the Western world. The Ottoman Empire was an Islamic state, and the graphics were Arabic. The writing of the Ottoman Empire contained many Arabic and Persian words. In addition, in the Arabic alphabet there were no letters that replaced the individual letters of the Turkish language. So in Arabic there were only 3 vowels. In the twentieth century, nationalistic sentiments began to grow in the empire - from 1851 to 1928 there were disagreements about the Turkish language and the further prospects for its development. When the Turkic countries embarked on the path of Romanization, they took into account how the writing reformed in Turkey.

In 2012, the President of Kazakhstan, N. Nazarbayev, instructed by 2025 to transit the state language into Latin script. According to the program article "Looking into the Future: Modernization of Public Consciousness", a single standard version of the Kazakh alphabet in the new script should be approved in 2017. As we see, this task was accomplished.

October 26, by the Decree of the President of the Republic of Kazakhstan, the project of the Kazakh alphabet on the Latin script was approved. This historical event was the result of the process of transition of the Kazakh language into Latin script, which will be completed by 2025.

The transition to the Latin alphabet has a deep historical basis. At the same time, the process of Romanization acquires special importance against the backdrop of rapidly developing technologies and communications, and this can positively affect the scientific and educational process in the 21st century.