Home News The Modernization of Kazakhstan’s identity A troubled Tekturmas 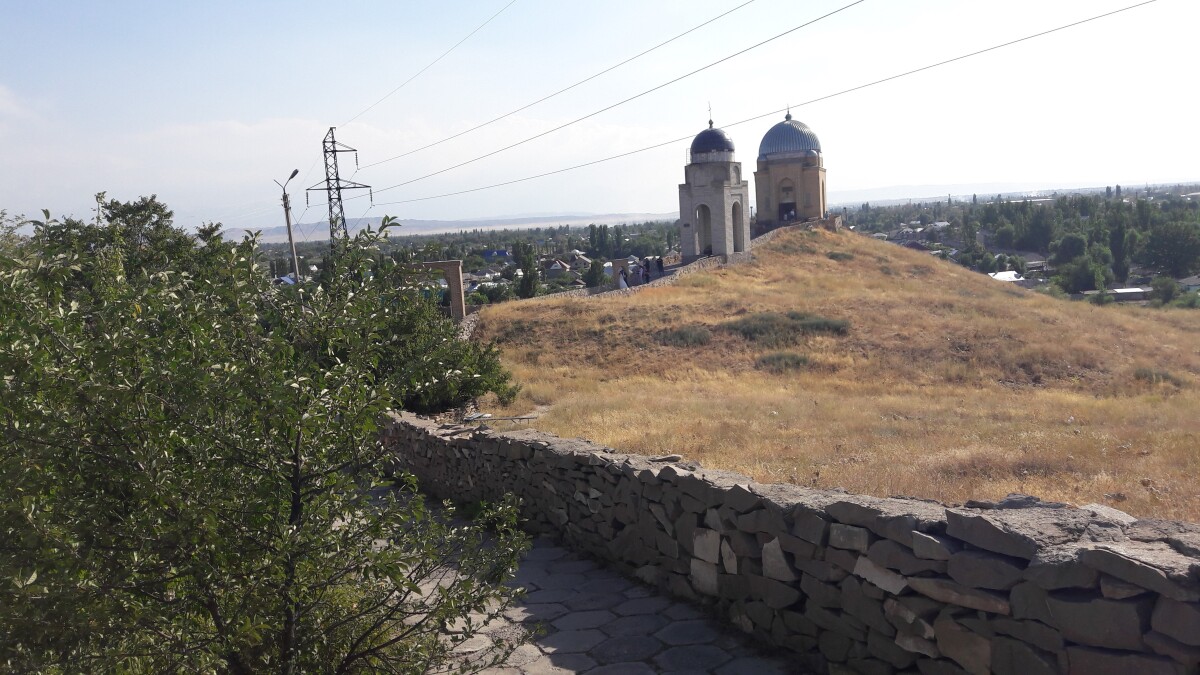 About the history and the person buried in the mausoleum located in ancient Taraz, there are different kinds of legends

The first monument visited by the crew of the documentary film "Sacred Kazakhstan" during the trip to Zhambyl region was a monument of Saint Tekturmas. Mausoleum of Tekturmas, an architectural monument of the 14th century, is located in the south-eastern part of Taraz, on the right bank of the Talas River. It is one of the religious monuments of the region. The names of architects and builders went into oblivion. The mausoleum is a dome, rectangular structure, built of burnt bricks. The entrance in the form of a pointed arch is facing west, towards Taraz. The corners of the mausoleum are finished with pilasters; there are traces of plaster on the walls. A well-known archaeologist G.A. Pugachenkova considers that the mausoleum dates back to the 14th century. 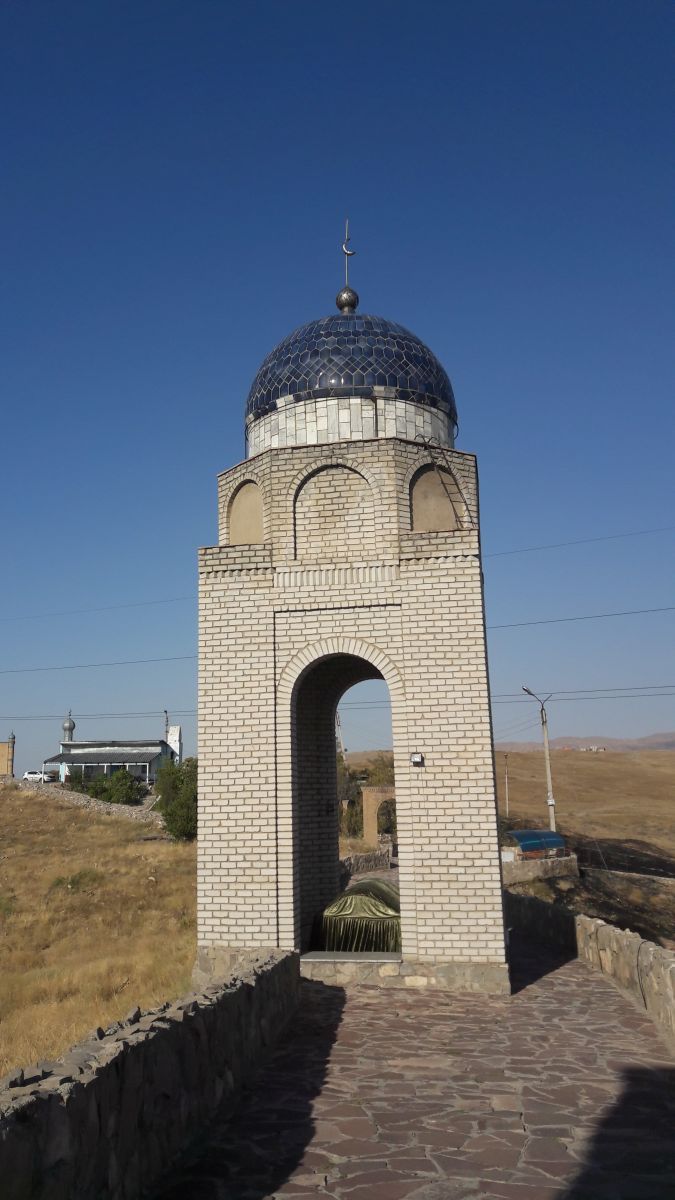 "Tekturmas" in Kazakh means "a mountain that stands not for nothing". The mausoleum is considered the burial place of Sultan Mahmud Khan. According to one of the legends, he was a local saint, on the other - the commander-in-chief of the troops of the Karakhanids. He made a great contribution to the development of Islam. At the end of the nineteenth century, the mausoleum was studied by V.А. Kallaur. The only photo of the mausoleum of the 80s of the ХІХ century has survived. In 1935 the Mausoleum was destroyed. In 1939-1940 its ruins were investigated by G.I. Patsevich. By the 2000th anniversary of Taraz in 2002, after the reconstruction of the mausoleum on the initiative of Amangeldy Momyshev, a historical monument was opened. The reconstruction was carried out by a young architect Nurlybek Baekeyev. The mausoleum was restored by an old photo.

Now let’s talk a little about the legends. According to legend, Tekturmas lived in the 10th-11th centuries; he was a military commander, batyr and an Islamic missionary. They say he was proficient in the basics of Shariat and was a religiously educated person of his time. His real name was Sultanmakhmut Shah, and Tekturmas he was nicknamed by the people. There is a peculiar history of the emergence of the name "Tekturmas". At the time of his reign, Sultanmakhmut was a very restless man; he kept everything under control, often held inspections. Everything was under his control, from small settlements to big cities. The people said: "Look, again a restless Tekturmas is coming". 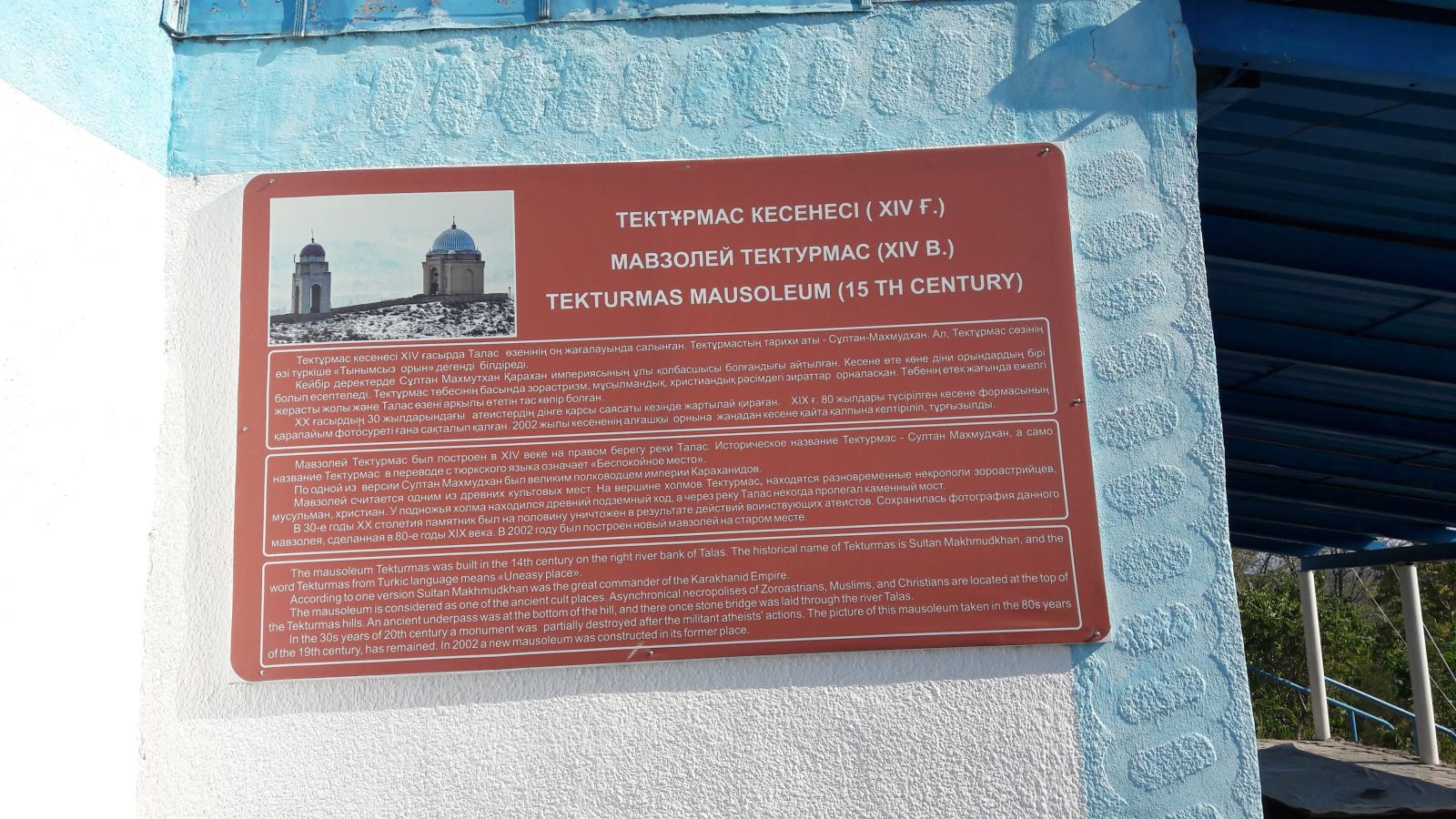 According to the second legend, which has come down to us, the holy ancestor is buried at the crossroads of the Great Silk Road. In ancient times this area was a crossroads of nine roads, where trade caravans passed. It is interesting that when the caravan passed here, the magical power appeared and the caravan stopped. And only after reading the Koran, dedicating prayers, the caravan could continue its journey.

Another reason for the emergence of the name Tekturmas is due to the fact that the area is not simple, but sacred. As studies have shown - above this elevation the meridian passes. During the Morning Prayer, some special melodies are heard here. In addition, at the base of the mausoleum there is a grotto, at the entrance of which two horses were quietly accommodated, and after passing you will see a platform in which 300 horses can fit, in turn the site passes into a long corridor that passes over the Talas River, leads to a bath-house on the outskirts cities. According to one source, this underground passage leads to the Akyrtas complex, which is located in the Aksholak area on the road to Almaty, and other sources say that the routes lead to the Shayan settlement of the South Kazakhstan region. 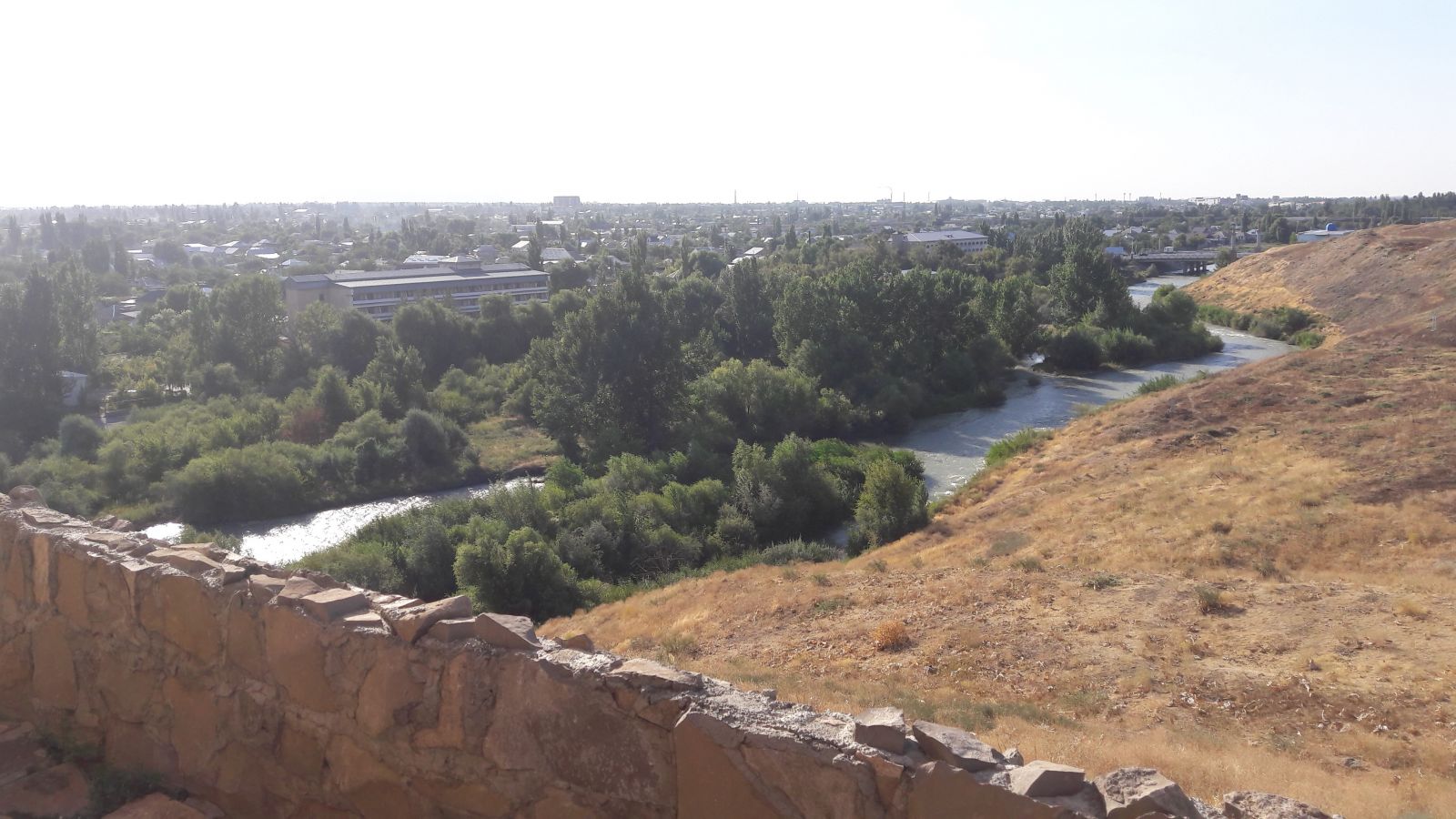 Below the Mausoleum of Tekturmas is the mausoleum of Mambet batyr Umbasuly, he comes from Dulat, grandson of Baidibek Baba and Domalak ana. Mambet batyr lived in the XVIII century; he was an associate of Abylay Khan, his commander. Mambet ata died at the age of 104 in the Kyrgyz land, and after the death his descendants buried him next to Tekturmas Baba. 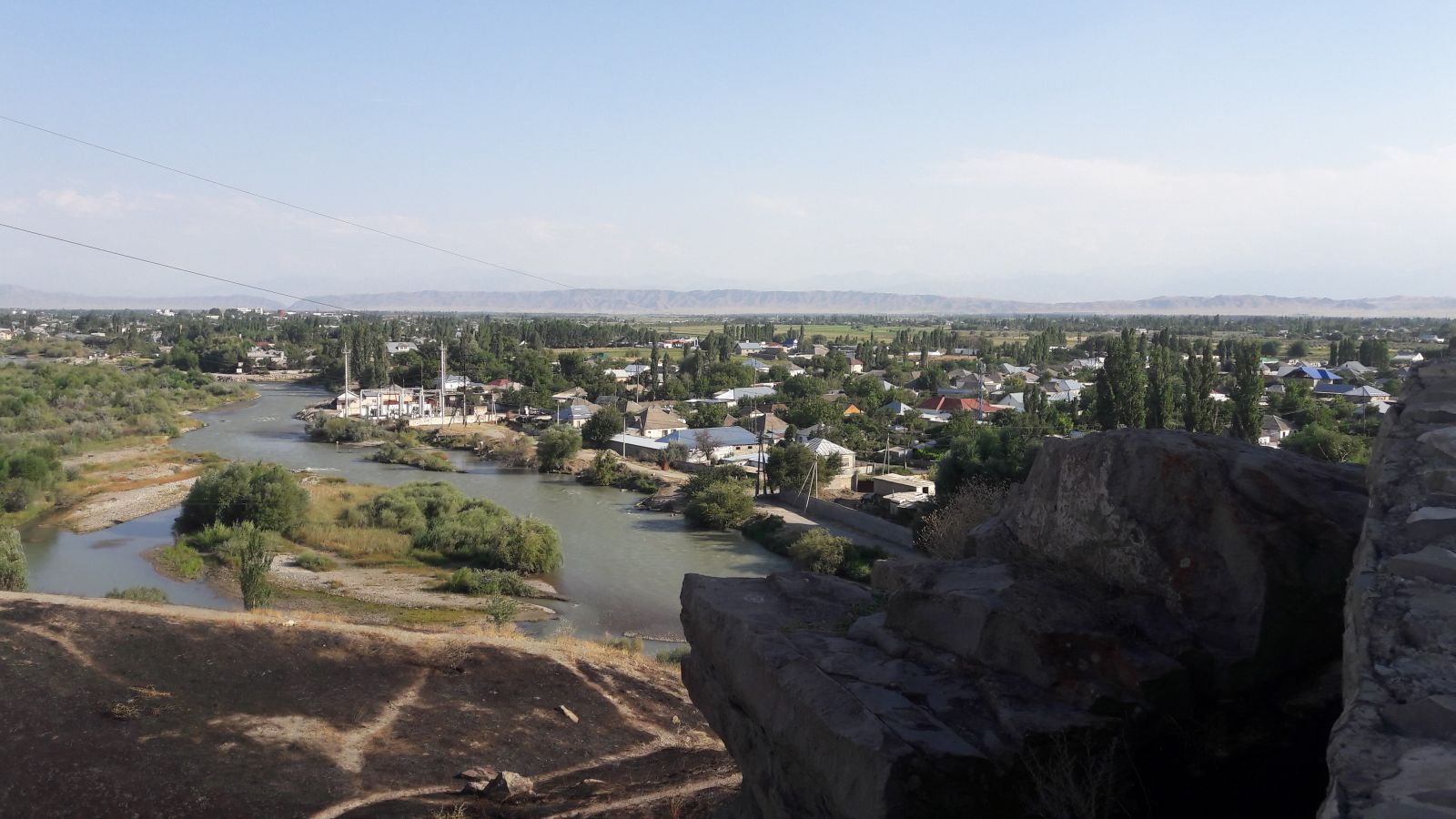 The fact that this land is sacred proves the flow of people coming from all parts of Kazakhstan to a pilgrimage. This sacred place can be considered a historical mausoleum, and a place of pilgrimage.