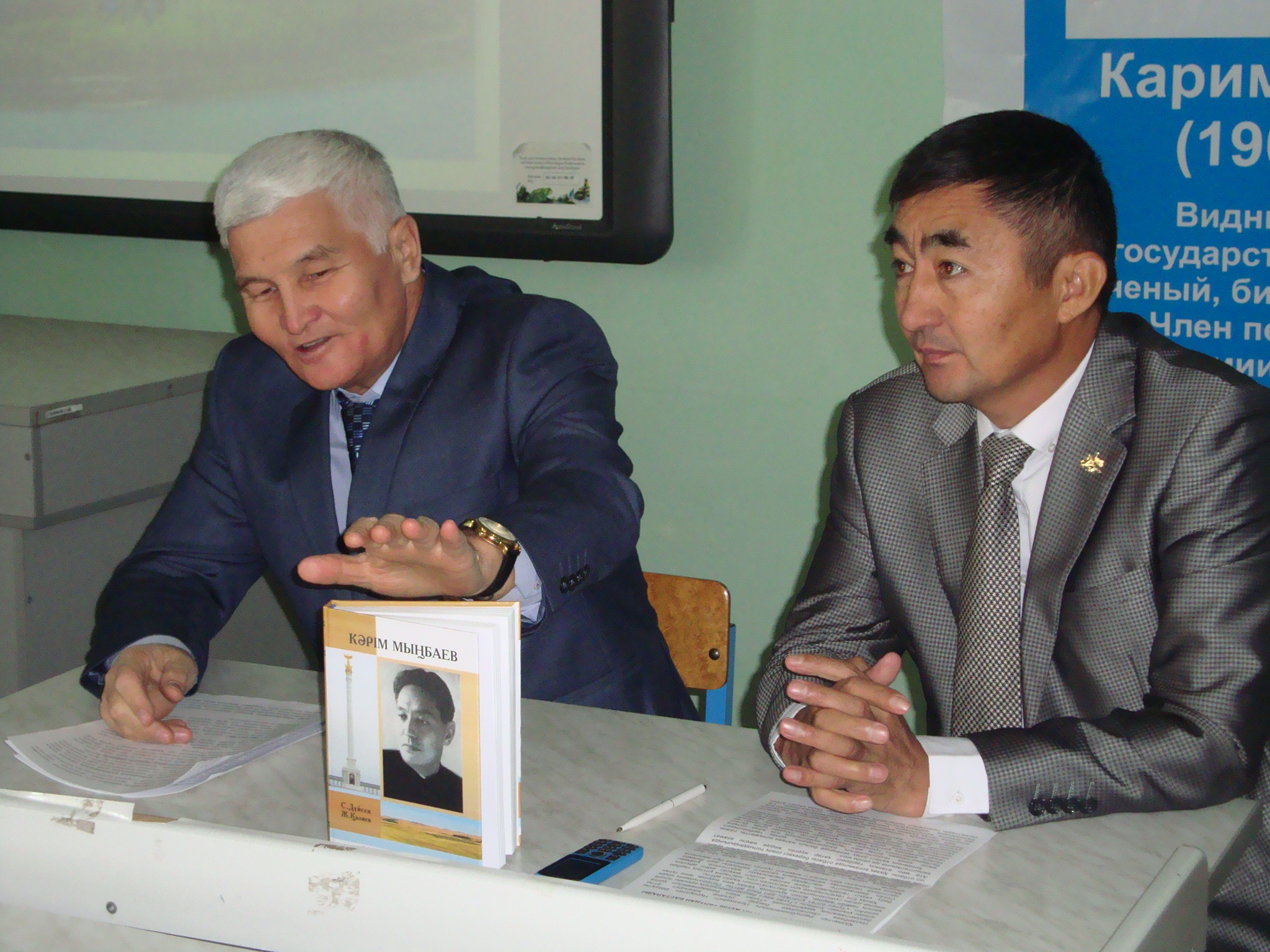 An outstanding scientist Karim Mynbayev, as a true patriot of his native land, dreamed that one day the broad steppes would blossom - he wanted to turn the Betpakdala desert into an oasis

The Kazakhs have a wise expression - "Homeland begins with a family." And in fact, for every person next to the concept of "homeland" is "family". The family is an important environment for the birth and formation of a new member of society, a patriot of his Fatherland. The family is a place where the basics of education of future thinkers and scientists are laid. In the Kazakh society, the full value of the family is the key to tranquility. Paternal and maternal care provides a greater probability that a good man and citizen will grow up in the family.

Love for the native land of the outstanding scientist Karim Mynbayev is expressed in his monograph "The Betpakdala Desert", with such lines: "Betpakdala is not a silent steppe, there we can develop a myriad of cattle, and engage in agriculture, and we will turn it into a Steppe Oasis."

Within the framework of Elbasy's program "A Course into the Future: Spiritual Renewal", a roundtable discussion was held at the secondary school named after Mynbayev in the village of Kievka, Nura district, Karaganda region, on "The success of society in a high educational level". Scientists from the Institute of History of State of the Committee of Science of the Ministry of Education and Science of the Republic of Kazakhstan, candidates of historical sciences Seitkali Duissen and Zhabay Kaliyev took part in it and shared their thoughts.

Duissen Seitkali, Senior Research Scientist at the Institute of History of State, Candidate of Pedagogical Sciences:

Education and science is a force that changes society and develops it. Therefore, the education system develops on a par with the development of society, and all the time changing. It is formed on the basis of the socio-political, economic characteristics of each country and is continuously being improved.

The Republic of Kazakhstan is now on the way to join the international education system. Therefore, in accordance with the requirements of the time, the organization of education is directly related to the transition to twelve-year education. In this regard, the tasks set before the society are reflected in the strategy "Kazakhstan-2050", "100 concrete steps", President's Message, in the program article of the President "A Course into the Future: Spiritual renewal" and in other works. To master new methods of teaching, school teachers master advanced foreign methods of teaching, ways of trilingual education. In this case, the Nazarbayev Schools are an example.

Kaliyev Zhabay, Head of the Scientific and Information Department of the Institute of History of State, Candidate of Pedagogical Sciences:

President of the Republic of Kazakhstan Nursultan Nazarbayev proposed to implement a program "Tugan zher" in the program article "A Course into the Future: Spiritual Renewal". He said that over time, the scale of the "Tugan zher" program will expand and grow into "Tugan El". The President noted that patriotism begins with love of our land, aul, city, region, with love of our small homeland. 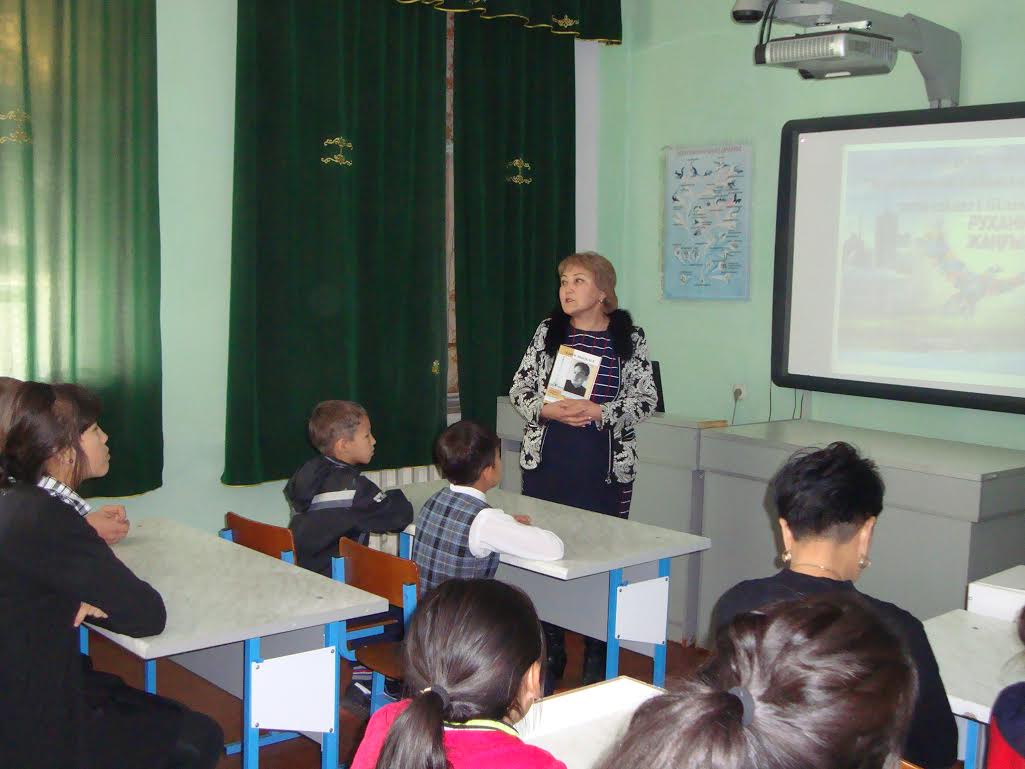 I am as a scientist, took these words of the President close to my heart. I hope that all those present love their native village. I say so, because I am also a native of this region, so I'm happy to take part in writing about Karim Mynbayev, a native of the Nura district, who wanted to contribute to the world science. 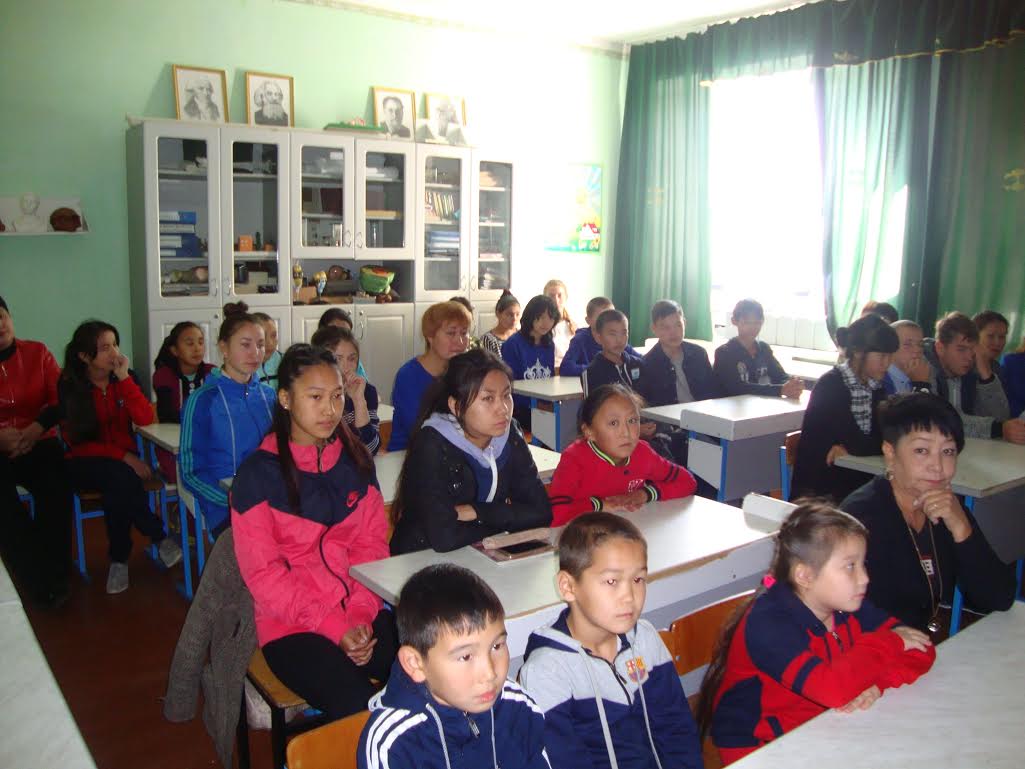 Karim Mynbayev, the second Kazakh scientist after Kanysh Satpayev, whose works were recognized in the 40s of the 20th century not only in the Union, but also in the world. Their scientific articles, translated into English, were published in scientific journals of the United States and Great Britain. He along with Kanysh Satpayev took part in the creation of the Academy of Sciences of the Kazakh SSR, contributed to the preparation of national scientific cadres.

The new book includes the words of a scientist-biologist Aiyp Iskakov: "If we recognize Kanysh Satpayev as an outstanding scientist who researched minerals and contributed to the development of heavy industry, Karim Mynbayev occupies exactly the same place in the sphere of agriculture. If he had not been a victim of a sudden catastrophe, he would have reached the same level as beloved of all Kanysh Satpayev". 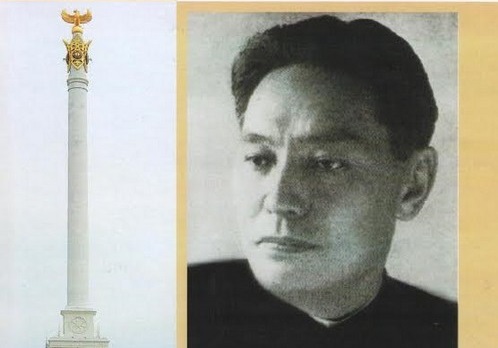 According to the authors-compilers of the book "Karim Mynbayev" S. Duissen and Zh. Kaliyev, there are not so many memories of Karim Mynbayev. We can say that only the memoirs and articles of his colleagues, friends and scientists have survived. And only a journalist Nurkhan Mynbayev, son of Hamza, the scientist's brother, wrote a book and took part in the filming of the documentary.

A moderator of the above-mentioned Round Table, Hannanov Rustem - a history teacher of the secondary school named after Karim Mynbayev spoke with the welcoming remarks; her opinion shared the deputy director for educational work Issainova Assima.

Thanks to independence, we can now revive the national values and write about the pages of history that have been faded away. At the end of the event, the scientists presented to the school library a scientific and cognitive work "Karim Mynbayev".

Use of materials for publication, commercial use, or distribution requires written or oral permission from the Board of Editors or the author. Hyperlink to Qazaqstan tarihy portal is necessary. All rights reserved by the Law RK “On author’s rights and related rights”. To request authorization email to mail@e-history.kz or call to 8 (7172) 57 60 13 (in - 1163)
Қазақша Русский English
MOST READ
Month Year
Kazakh historical drama Tomiris premiered in Istanbul
ALASH IDEA IS THE PROTECTION OF KAZAKH STATEHOOD
Stolypin about the worries and hopes of immigrants to the Kazakh steppes
A tireless explorer of the Kazakh land
SWITCHING TO THE LATIN ALPHABET – UNITE ALL KAZAKH PEOPLE
Kunaev Dinmukhamed Akhmedovich
People who eat horses will kill you
Kazakhstan's participation in the Winter Olympics has a long history
Rebooting a field of science and education
Recorded history of Kazakhstan. Part 1
Historical Dates on the Bosphorus
Recorded history of Kazakhstan. Part 2
Materials on theme
Some thoughts on Kazakh philosophy
BAYANAUL NATIONAL PARK: KAZAKHSTAN'S PRIDE AND TREASURY
THE GREAT HISTORY OF THE GREAT COUNTRY
The historical symbol of Taraz