Interview with organizers of the exhibition “Names from the battlefield” 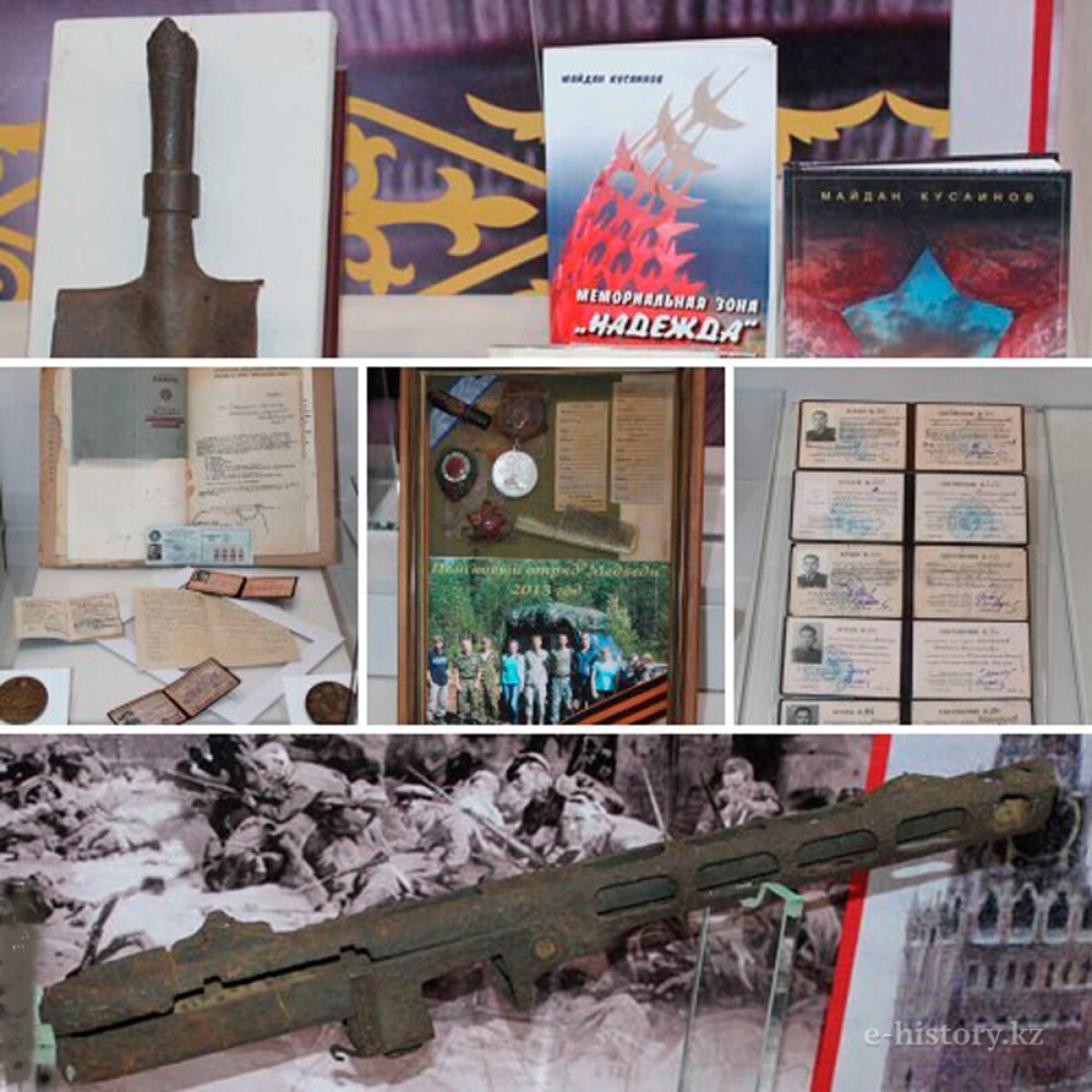 The event is held for the first time and dedicated to the start date of the Great Patriotic War.

Organizers, initiators and committed people stated their views on materials presented at the exhibition «Names from the battlefield» on the occasion of memorable date, June 22 — the start of the Great Patriotic War. 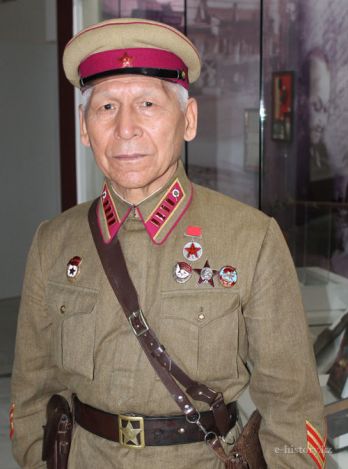 -When I entered postgraduate study of Leningrad Engineering Construction Institute in 1978, my father asked me about one important thing — this case had induced me to engage in this activity for 38 years. He fought in the 310th division near Leningrad and he came back without a leg. My father drew a map and asked me to see his comrades’ graves, in what conditions they were. When I was at the appointed place, I found that there were no graves, only scattered remains of weapons and helmets on the land.

Then I began to install obelisks with the graduate students — we installed three obelisks during the years of study. In 1987, I formed a group of excellent students.

Searches are not safe and five students in Russian squadwere blown up. We had no such cases, but it was probably due to strict rules, including prohibition and instructions.

Our detachment in Kazakhstan is also the first. Sqauds in Petropavlovsk, Aktobe with the name «Poisk» (Search) and «Maidan zholy» in Pavlodar began to operate later.

The exhibition mostly presents books written by me. Thousands names of soldiers are collected but only 10% of their relatives are found. This is due to the fact that young people were sent both from large families and families where they were the only sons; this was particularly common among Kazakhs. The Don Cossaks had a distinguishing mark as an earring in the ear that meant that the young man with an earring was the only son in the family, so he was not taken to fight. 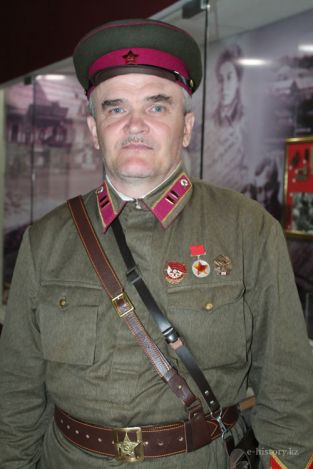 -Maidan Komekovich, who formed a group in 1987 on the basis of Construction Faculty of L.N.Gumilyov Eurasian National University. In 1988, he took the group in the area of Sinyavino heights under Leningrad and in 1997 I went with him for the first time. I have been doing it more than 10 years now.

We search for lost remains of Red Army soldiers — our countrymen. We put obelisks on the place of death. The searches are conducted annually from late April to early May. It is the most favorable time for search, excavations because of warm season, soft ground and absence of mosquitos. The Day of Victory we celebrate in the same place. Next 2017 year we plan to be there on the 7th of May in Astana to take part in the «Immortal Regiment».

Backers are former students of Maidan Komekovich, heads of enterprises including the current deputy akim of Astana. Taking this opportunity, I would like to express my gratitude to our sponsors for financial support.

Annually we dig monuments of history; they are not dip — 1-1,5m. We do not always use metal detectors because some weapons and remains lie at the depth of about 20 cm from the ground surface. Maidan Komekovich has military maps of the old sample remained from his father. It is possible to determine by maps where attack and siege occurred. Russian squads find remains of our Kazakhstan soldiers with the help of our maps until now. Up to 1000 people are lifted up. 310th Akmola division was deployed under Leningrad, they wanted to close troops forming a ring until 1944.

Maidan Komekovich’s father and my grandfather served in that division, but in different squads— it must have brought us together. In fact, one of my grandfathers was missed and another one came to Leningrad, there he was wounded and then he went to Stalingrad. At first, I just wanted to see where my grandfather fought. Then it became a matter of life for me. 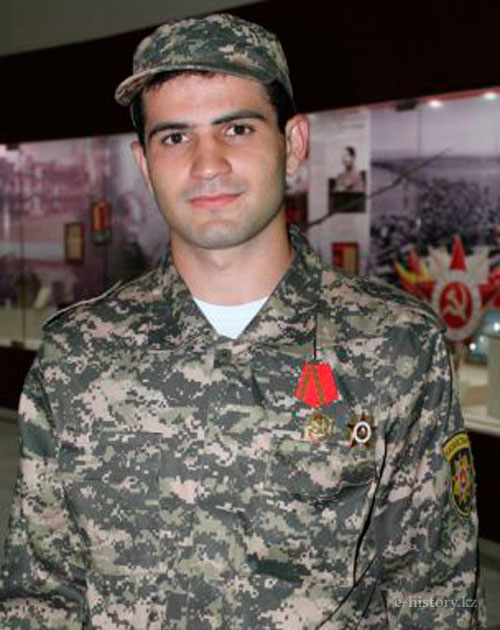 -My grandfathers and great grandfathers participated in the war. I heard military stories a lot, including the story about Sinyavino heights, therefore I had general idea about those events. This year I went in the membership of 8 people including supervisors. I previously studied materials during the year.

The feelings after trip are incredible; it feels like you are transported a few decades ago, the traces of past are everywhere. We found mines and trenches in human scale. I found antitank cartridge — 13 pieces and in good state.

Girls also go with us, help us and cook. We live in a tent camp and walk on foot 30 km a day — 12-15 km in one direction and the same distance back.

Our University supports us in search — exempt us from study for 2-week period and helps us financially.

Contingent of squad: students of 1-4 courses, graduate students. Organizers and volunteers of the exhibition which will last for 3 months are inspired by this case. After all, a lot has been done for Fatherland, for families of those who died heroically on the field of battle as a part of 310th Akmola division and we believe that something more significant is yet to come.