Home News History news A city of the Great Steppe

A city of the Great Steppe 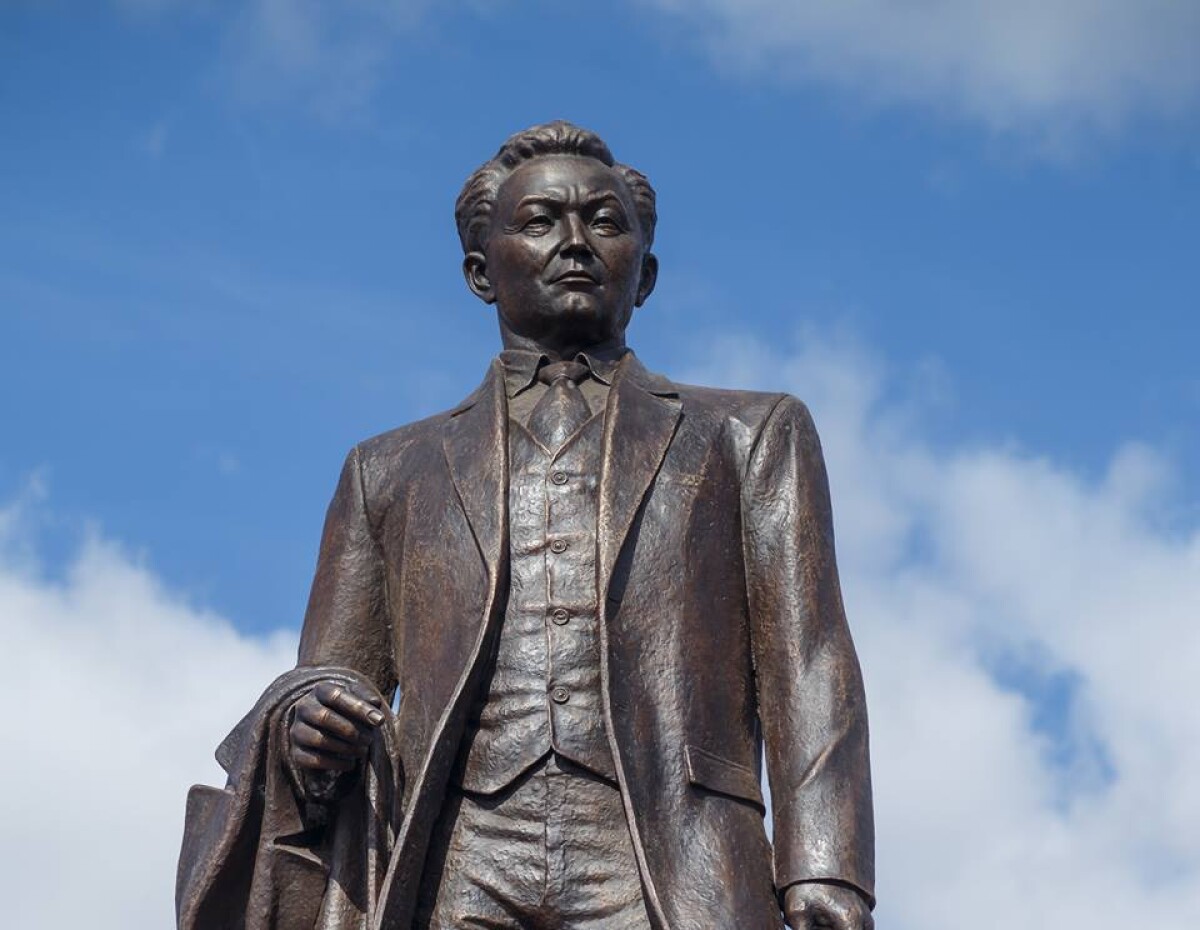 On September 8, Stepnogorsk residents celebrated the City Day. «NDH» portal decided to find out how the celebration was held and how the city administration pleased their residents

I love you, my city, for young wings,

For a simple and direct character.

I wish you beauty, abundance!

Blossom and grow my city!

Each city has its own story. The president of the country not casually drew attention to the fact that patriotism is born from love to your small homeland. Therefore, he initiated the "Tugan Zher" project, in which special attention is paid to the study of regional history, the restoration of cultural and historical monuments of local scale. It was within the framework of the "Tugan Zher" project that large-scale celebrations took place in Stepnogorsk.

How uncontrollably the river of time flows. 53 years ago the first stake in the creation of the city of Stepnogorsk was scored. The city, as a person, was born, took the first steps. In the 60-70s of the last century the city grew and changed literally before our eyes. Then a very young city attracted young people from all over the Soviet Union. In the intense 80-ies our fathers and mothers worked tirelessly for the benefit of future generations. There were also difficult 90s years which had to be passed, but it only strengthened the city, made it stronger. And now in the twenty-first century Stepnogorsk has proved its right to be a city that has not only a worthy past, but also an interesting future. 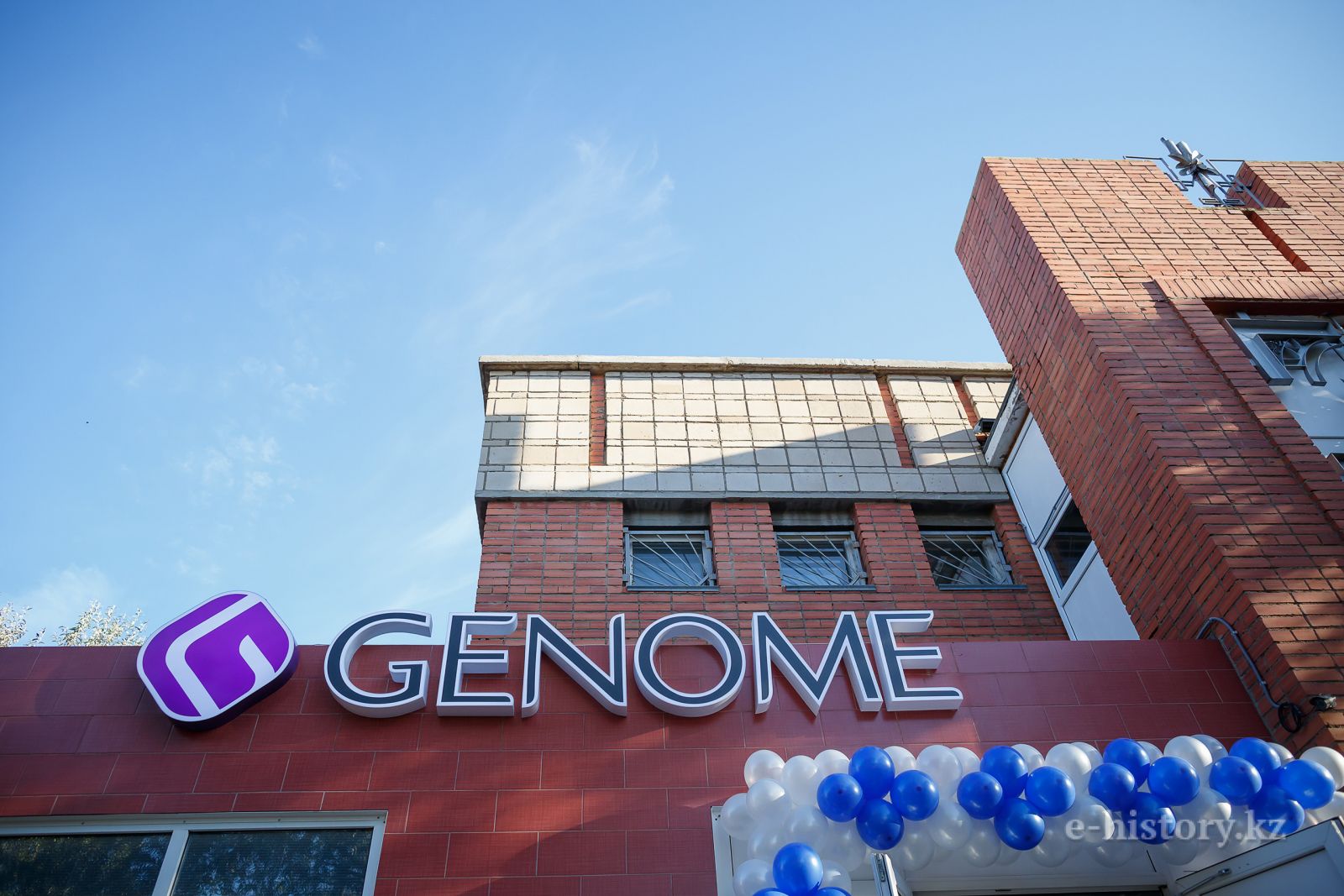 Since early morning, a festive mood did not leave us. Open blue sky, bright sunny morning, light breeze set up us for excellent work. Festive events began with the opening of a new production of innovative cosmetic products of GENOME brand of LLP "Scientific and Practical Center RE-BIOMED". 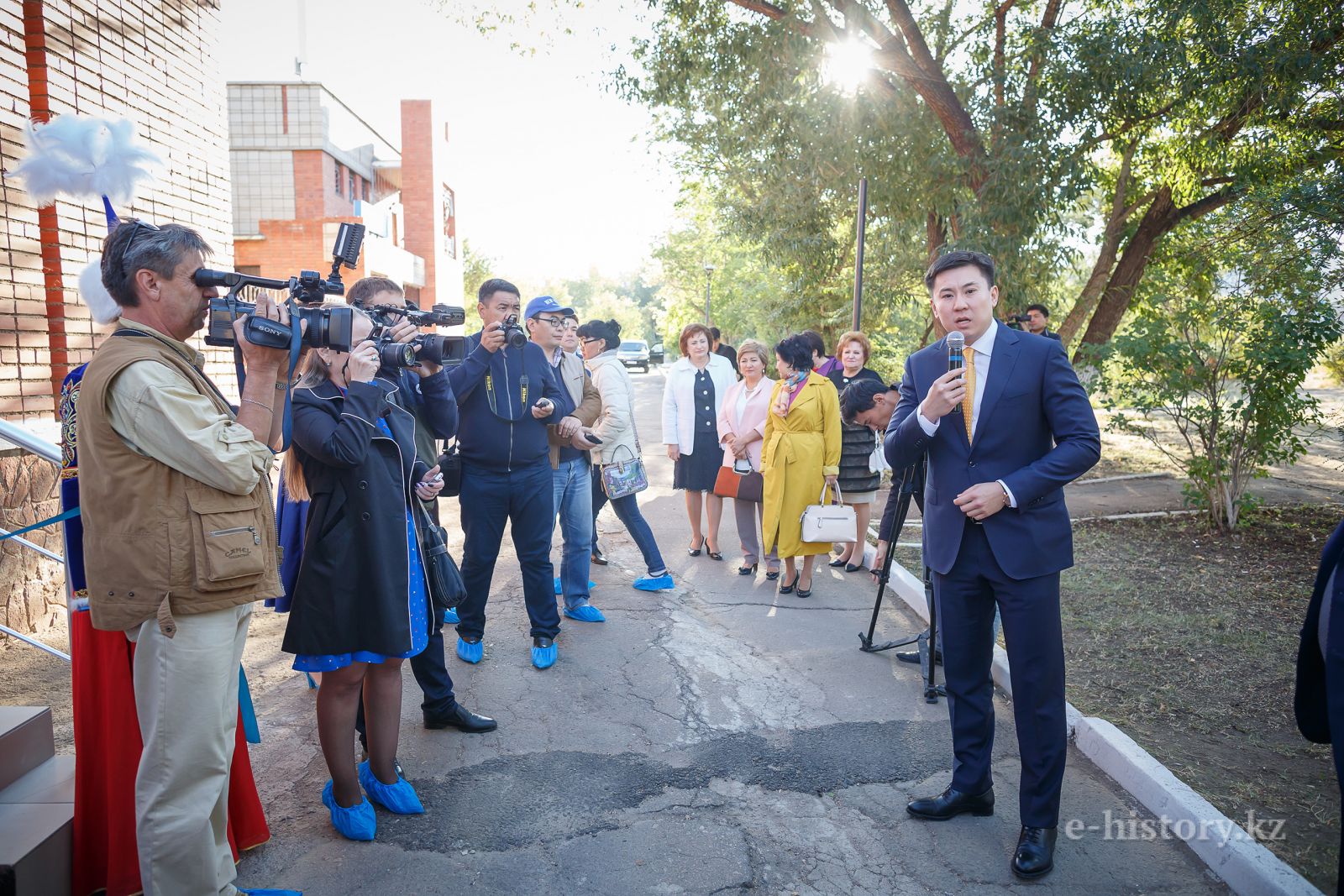 Opening the event, Akim of Stepnogorsk Anuar Kumpekeyev proudly noted that investments in the economy of the city for more than $ 1 million were invested, 15 jobs were created, and the average wage is 230 thousand tenge. The products will be presented not only in the local market, but will also be exported to the Russian Federation. 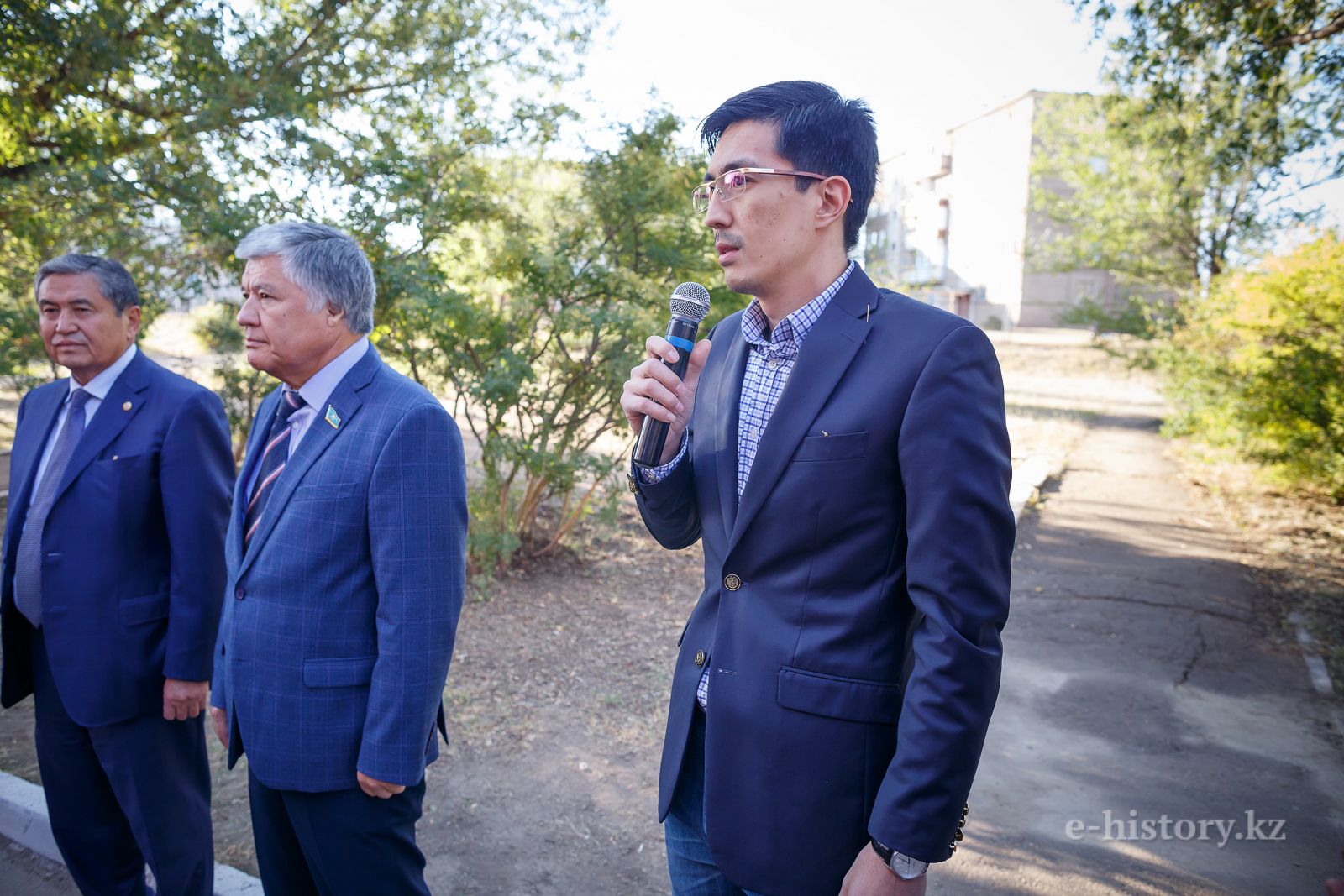 “We produce cosmetics for skin care of face and body. The project was launched by joint efforts of Kazakhstan and German scientists with the support of the World Bank, the National Center for Biotechnology. In addition, the Akim of the city of Stepnogorsk gave great moral and administrative support to us,” stressed Kenzhebayev. 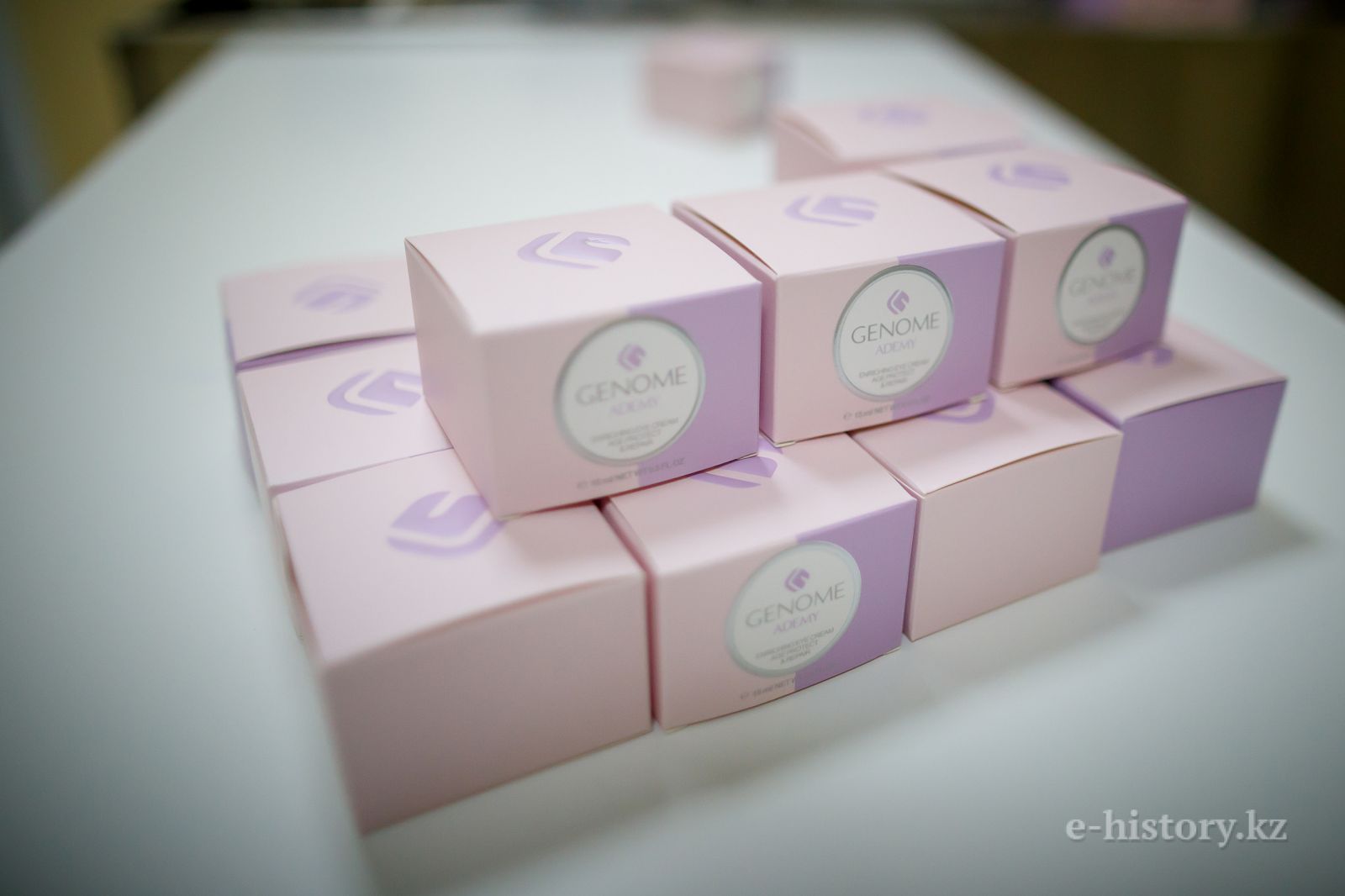 After the opening ceremony, Zhanibek Kenzhebayev showed a new production and answered questions.

- Our cosmetics are a unique product for the market in the basis of which we use highly active natural extracts that solve the actual problem for lovely women: as long as possible stay beautiful and young. The production uses the best world ingredients.

- Kazakhstan women can be calm for their skin with your cosmetics?

- Cosmetology is a complex sphere, and to prevent mistakes, we conduct experimental studies, clinical trials. Cosmetics meet the highest world standards. Modern equipment allows producing up to 1000 units of products per day. 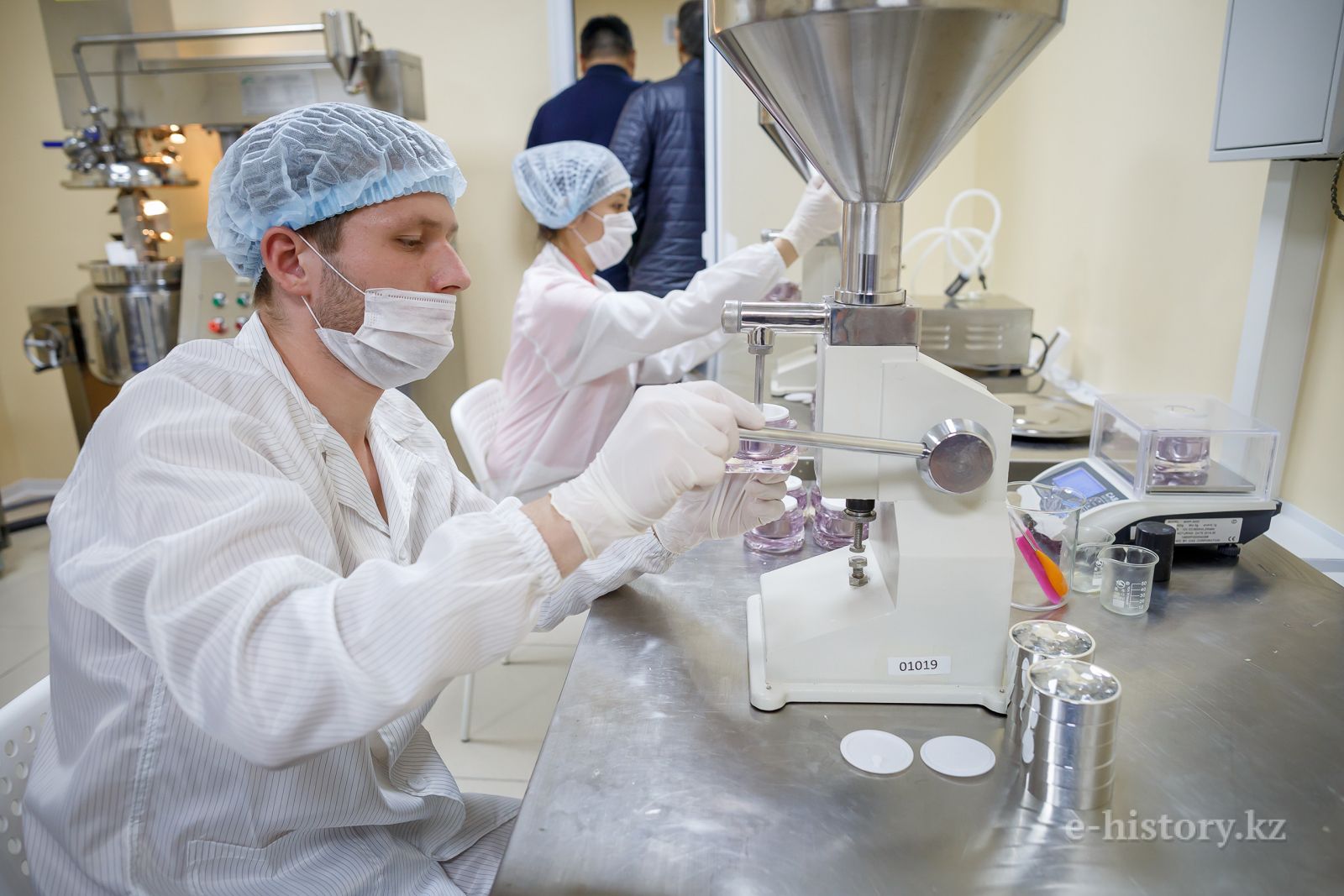 - Zhanibek, how long did it take you to realize this project?

- It took us 5 years to implement the project from idea to production. For me it was very important. I myself wore work clothes and participated in the assembly of equipment.

- How can we buy your products?

- Soon the products will appear in the pharmacy network and via the Internet.

- Do you use Kazakhstan raw materials in production?

- Unfortunately, there are no ingredients for cosmetology production in Kazakhstan. Therefore, all raw materials have to be purchased from world producers, for example, from the BASF concern. 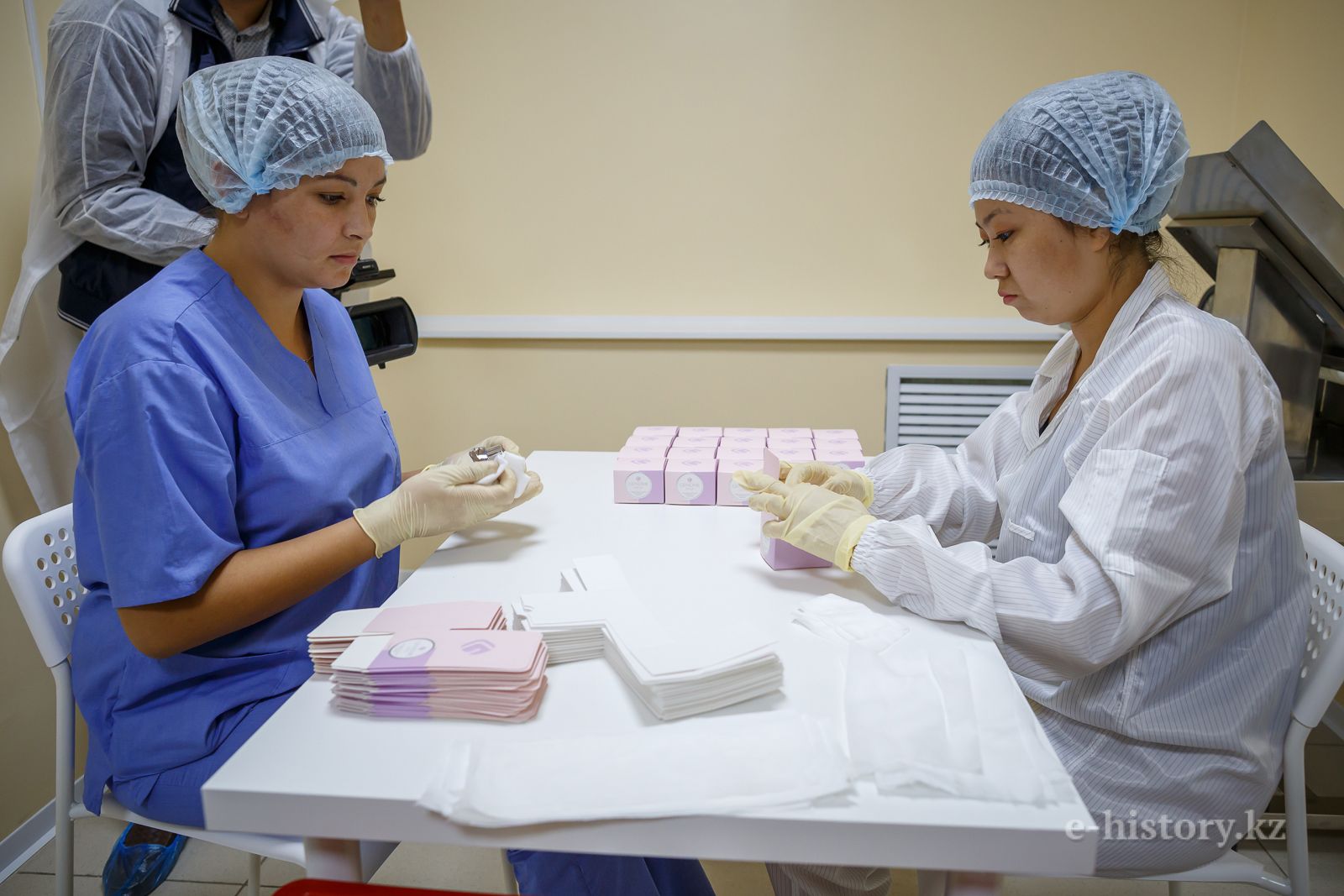 - What are the further prospects of your production?

- The effect of the project is multiplicative. In addition to the fact that our cosmetics help women maintain their skin beautiful and healthy, from an economic point of view, our production will be a new stage in the development of the beauty industry in Kazakhstan. Perhaps Stepnogorsk in the future will become the center of the beauty industry not only in Kazakhstan, but also in Central Asia.

- Why did you choose Stepnogorsk as the center of cosmetic production?

- Stepnogorsk was not chosen by chance, in this city we were attracted by a large biotechnological scientific base.

- What is the design capacity of your production?

- The design capacity of the company is 3 million cans per year and 20 million ampoules of cosmetics per year. But at the initial stage we will produce 200 thousand cans per year and 1 million 300 thousand ampoules of cosmetics per year. In our product line there is cream-gel, cream with extract of snail, anti-aging cream, whey with apple stem cell extract, anti-acne serum, three-stage face cleansing system, biomass, foam, tonic, eye cream and two kinds of BB-cream. 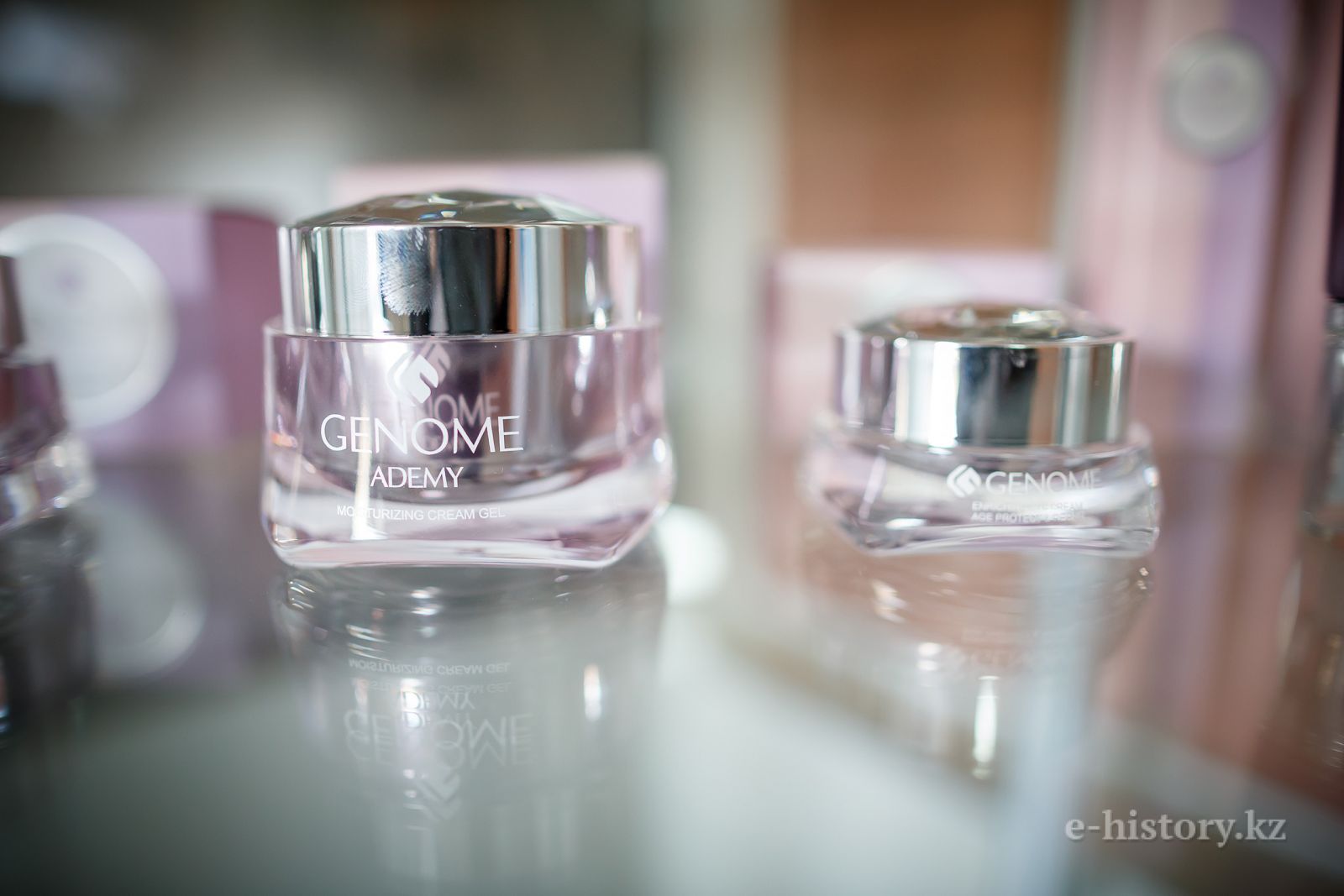 - How affordable will the price be for the end user?

- The price will be very affordable. We took all possible measures to minimize the cost of production, so that it could adequately compete with any kind of cosmetic products in our segment. 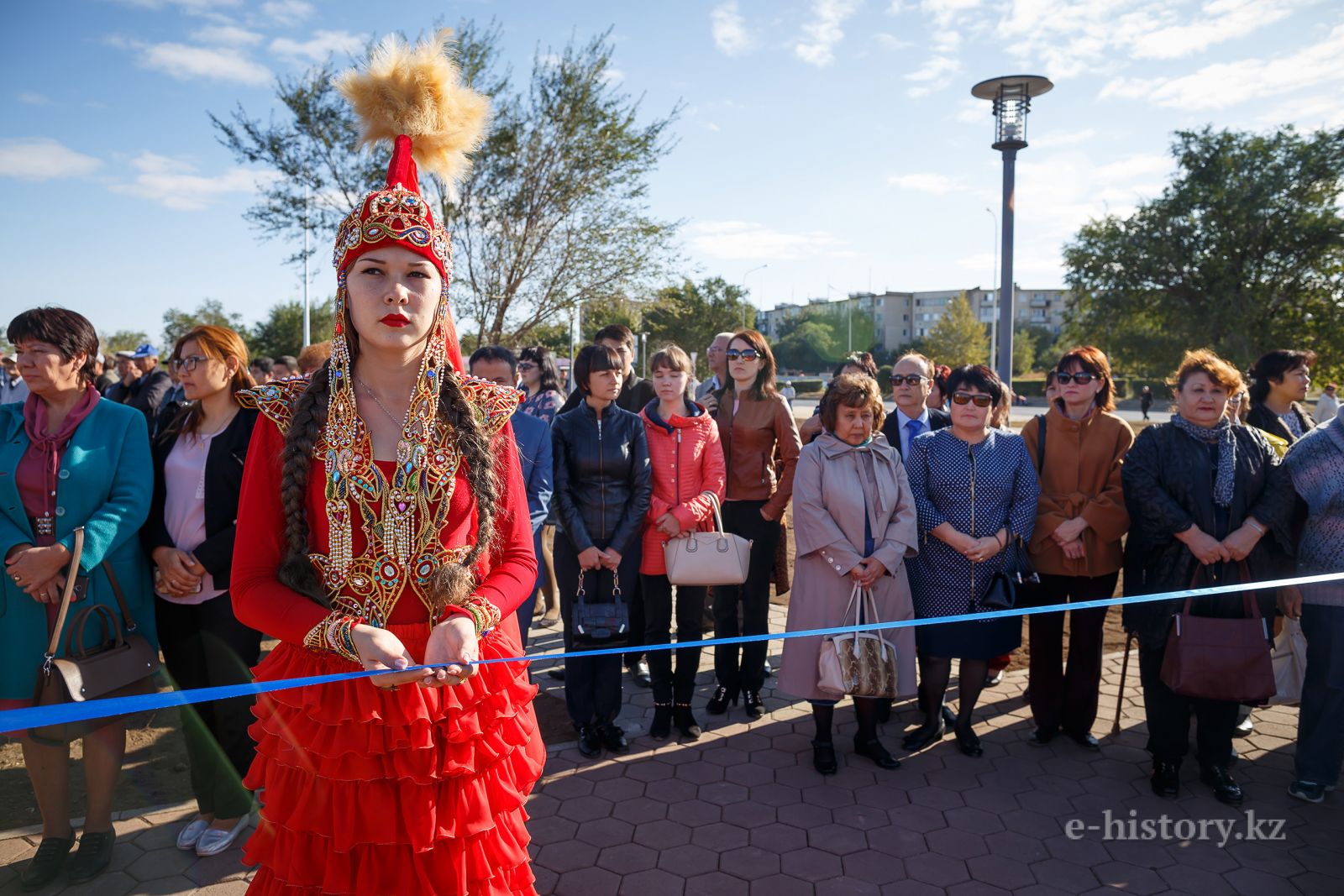 It was not by chance that on the railway station square it was solemnly noisy, crowded and festive. There was a solemn ceremony of opening a monument to the scientist-geologist Kanysh Satpayev. Opening the event, Akim of Stepnogorsk Anuar Kumpekeyev noted that the opening of the monument to the outstanding Kazakh scientist Kanysh Satpayev is in the framework of the implementation of the program of the Head of State “Course into future: Spiritual renewal”. 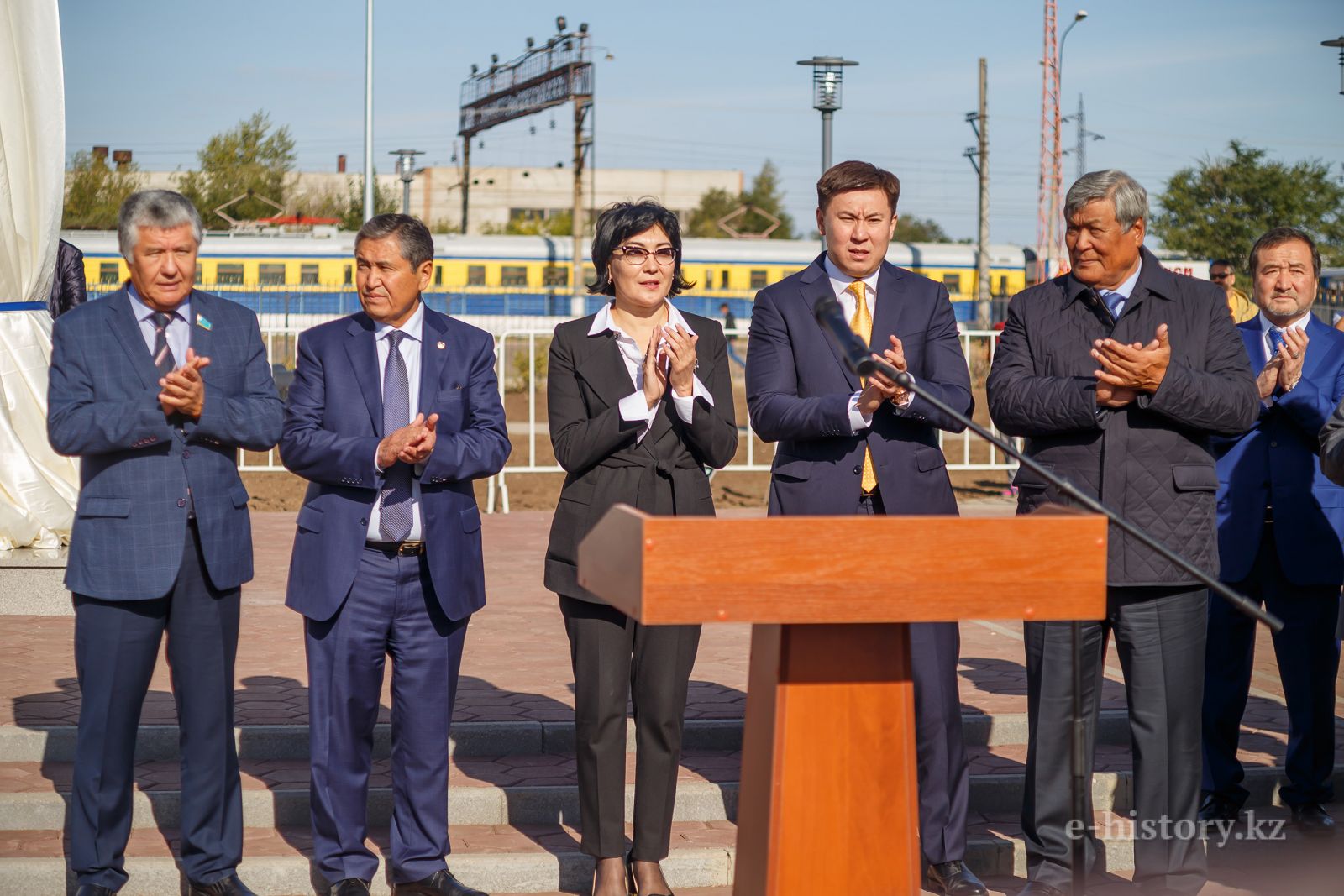 - Kanysh Satpayev belonged to a galaxy of outstanding scientists, made a huge contribution to the development of geology. His research led to the discovery of the richest natural resources of Kazakhstan. Thanks to this, mining and processing of uranium and gold was launched in Stepnogorsk. So there was a city of miners, workers, scientists. And the monument that we are opening, a monument to the man to whom the city owes its appearance, a monument to a contemporary who embodies the idea of ​​a new one, the idea of ​​discoveries, the idea of ​​Kazakhstan's advancement on the world stage. The perpetuation of the names of the greatest personalities, the opening of historical and cultural sites, monuments is one of the key directions in the implementation of the Presidential program for the modernization of public consciousness, Anuar Kumpekeyev said. 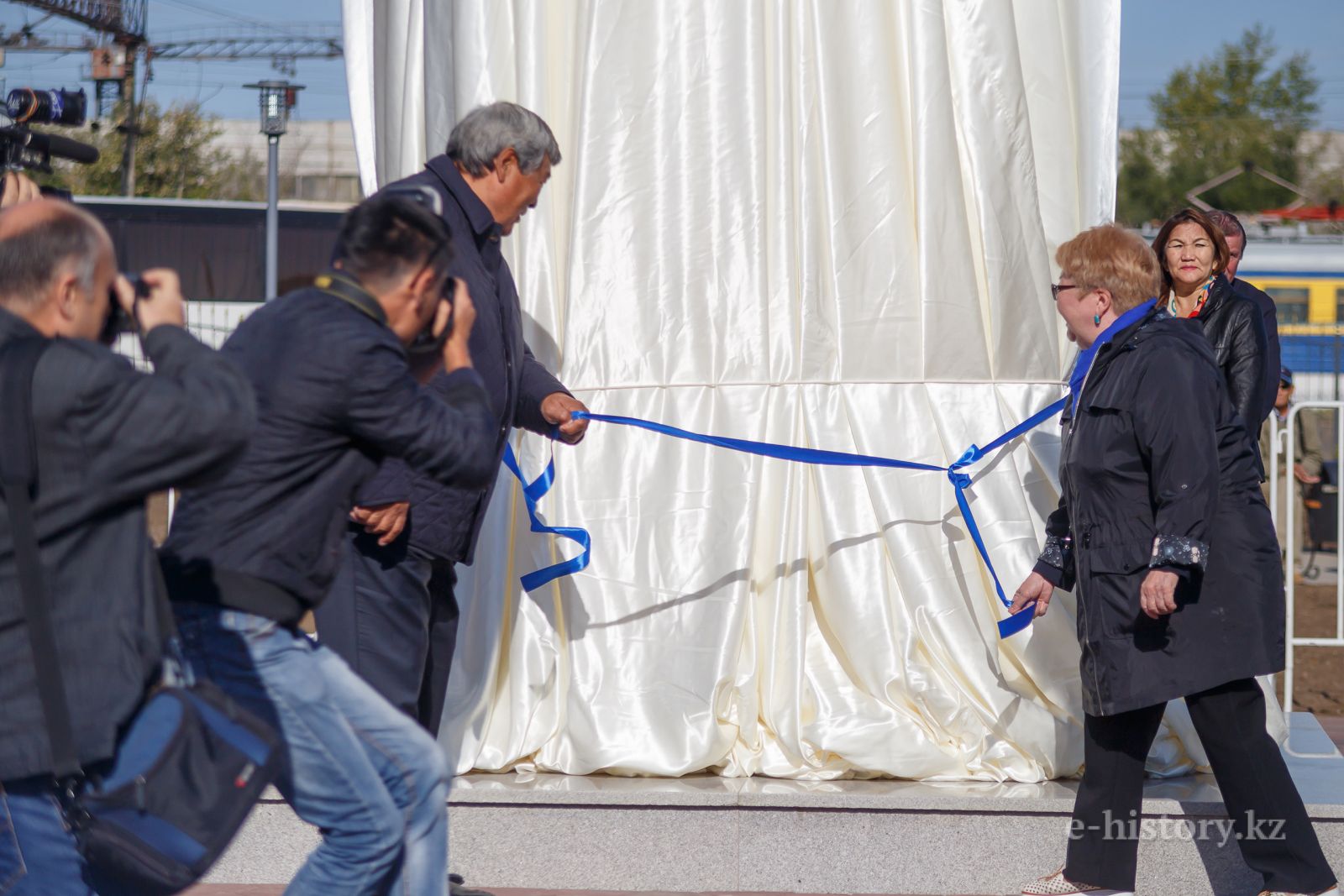 The honorary guest of the event was the first Kazakh cosmonaut Tokhtar Aubakirov. His speech did not leave anyone indifferent.

The life and work of Kanysh Satpayev is very important for every Kazakhstani, for our country. We have only just begun to study it. If at least one of the ten representatives of the younger generation, after visiting the monument, wants to become such as Satpayev, then you have done a worthy deed! He always exalted his people, even when he was in front of Prime Minister W. Churchill in the UK, to the question: “Are all Kazakhs so tall?” He proudly replied: "I'm the shortest man; my people are taller than me." How much he loved his people to pronounce such words. We will be grateful to his memory. Let him live with us always.

“I'm not the first time in Stepnogorsk. But today I'm very happy. Do you know why? Because I see how clean, green, bright and beautiful it is. It's you, together with the Akim, made this city so cozy. Let your city blossom further. Save it as the cleanest city!” Tokhtar Aubakirov congratulated. 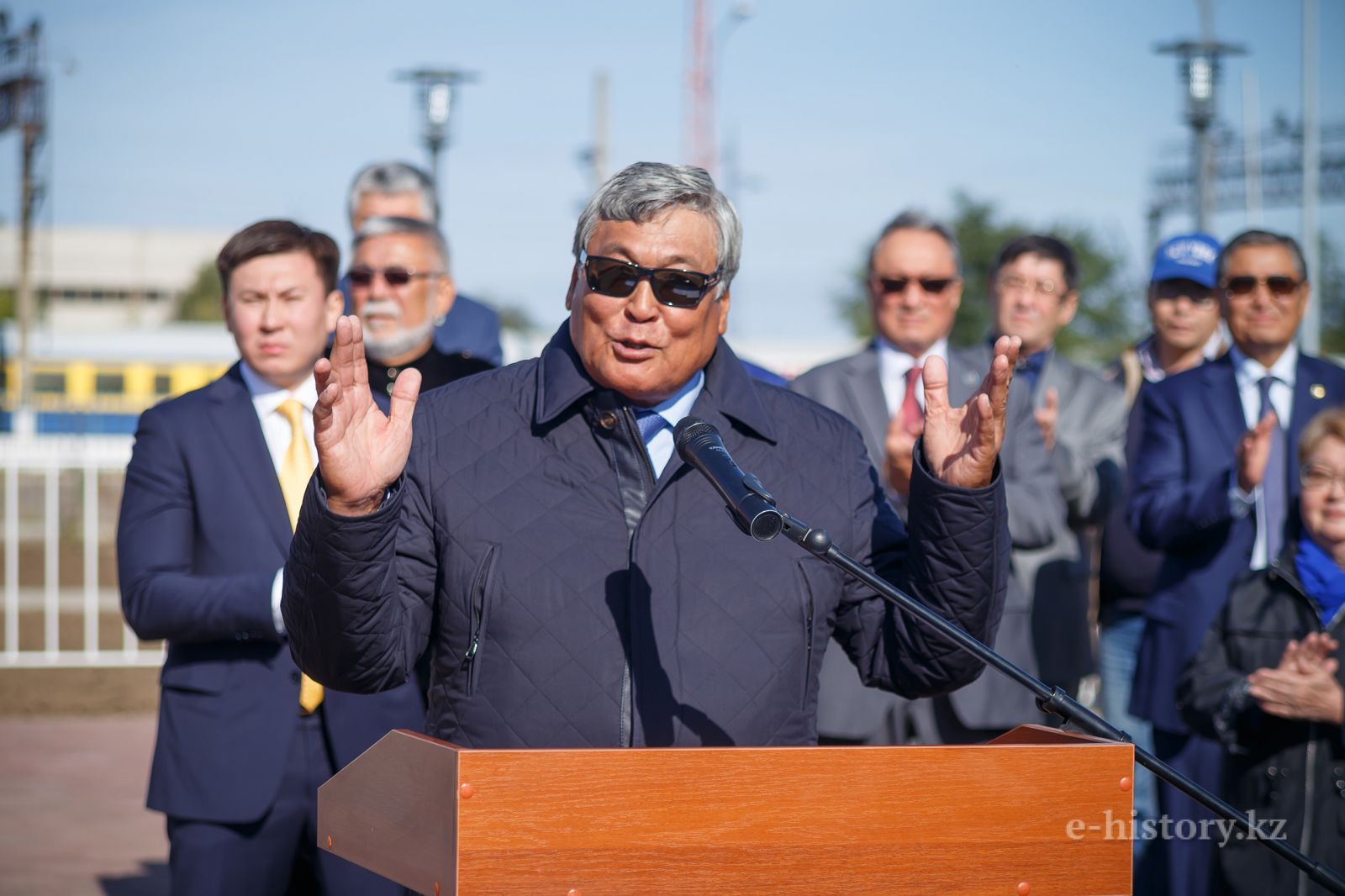 By the way, Tokhtar Aubakirov has some amazing charisma. After the solemn event, people lovingly surrounded him; everyone wanted to capture himself together with the famous astronaut. And, we must pay tribute to Tokhtar, he did not refuse anyone. Patiently and with a smile he stood in front of the cameras, trying at least in this way to express his respect to the Stepnogorsk people. 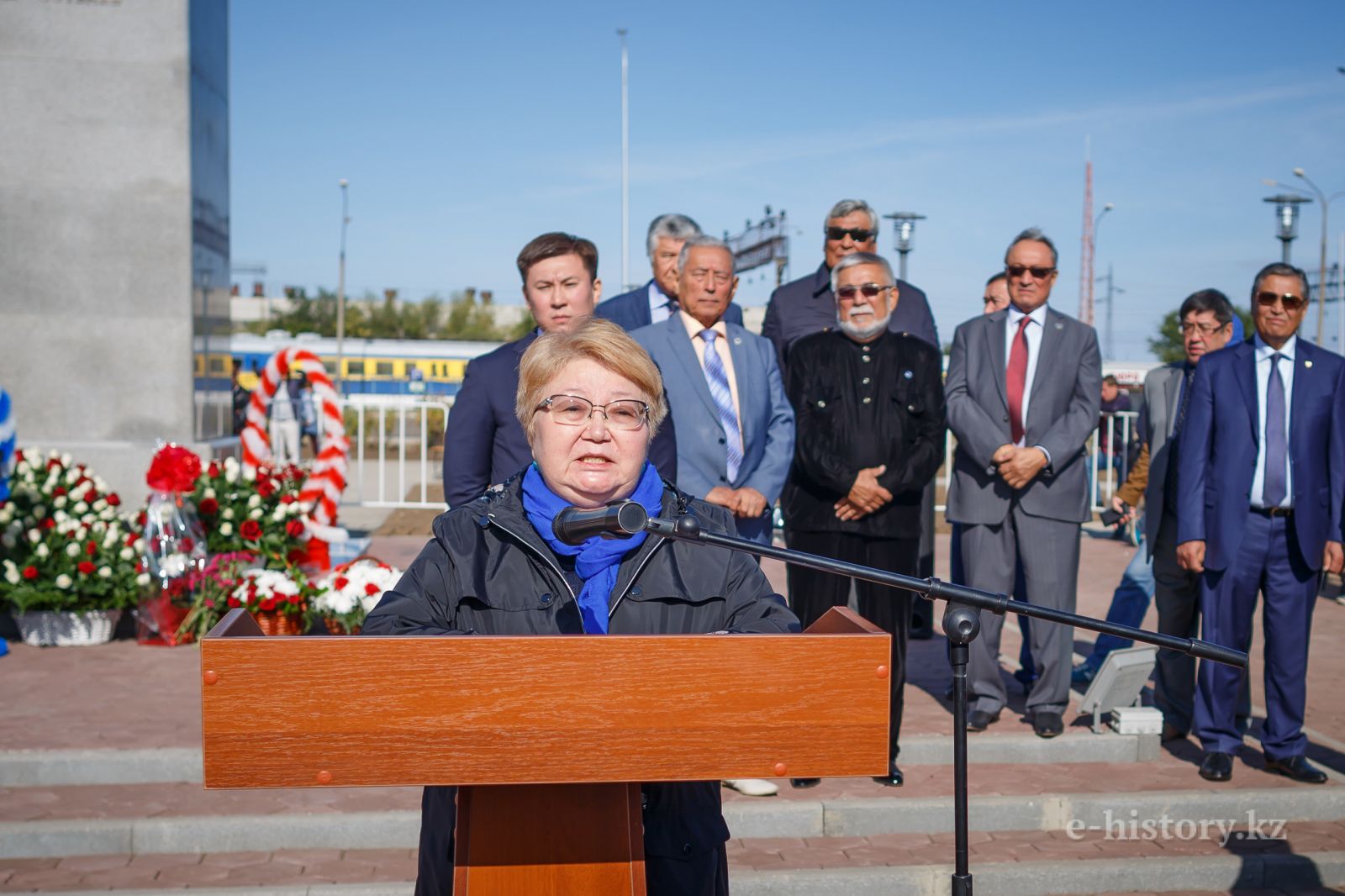 Granddaughter of Kanysh Satpayev Alima Zharmagambetova, professor, doctor of chemical sciences, thanked the residents of Stepnogorsk for the memory of the great scientist on behalf of all the relatives.

“I think that the monument will be a protection letter, and the spirits of ancestors, will defend your city,” said Alima Zharmagambetova. 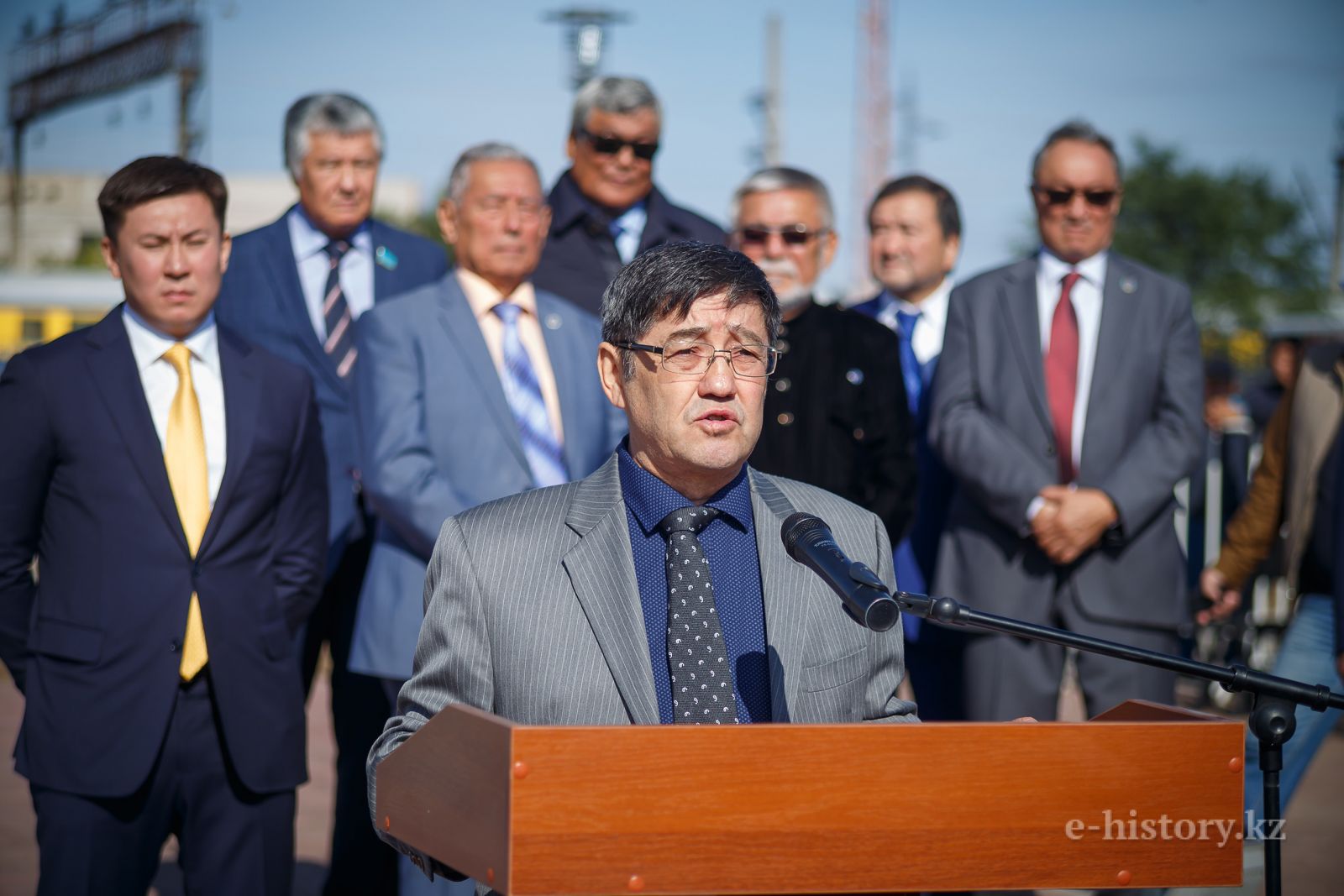 The author of the project is a sculptor, a member of the Union of Artists of Kazakhstan Azat Bayarlin; his works adorn the squares of many cities of Kazakhstan and Russia. The sculptor said about what he wanted to express in the monument. 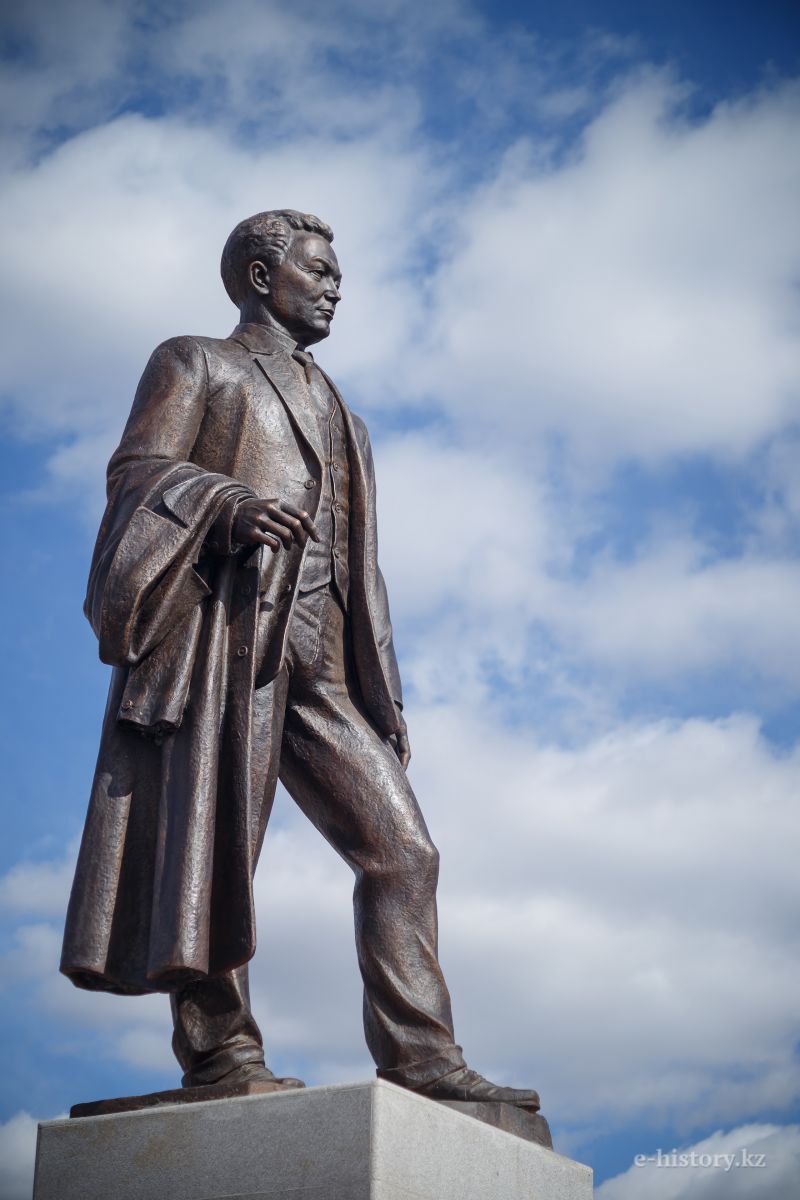 “The idea is that Kanysh Satpayev stands in a proud posture; his gaze is fixed on the future. He sees future prospects. With one foot he rests on a piece of rock, symbolizing the bowels, a cloak hanging freely in his right hand, and he is open to all of us. I wanted to create an image of a young scientist Satpayev, and not a gray-haired mature man. You are judges, my dear!” said Azat Bayarlin.

Not without the help of the leadership of LLP “Kokshetau Zholdary” in the person of Estay Kassenov, the station wilderness, overgrown with weeds, in a short time turned into a beautiful square, which soon will become a recreation center, a favorite place of Stepnogorsk residents.

The monument to Kanysh Satpayev became the visiting card of Stepnogorsk.

The rally ended, but the residents did not leave the new place of urban cultural infrastructure for a long time.

Many people tried to memorize this event, apparently, the opening of the monument came to the heart of many, leaving no one indifferent.

Monument to Kanysh Satpayev: the height of the sculpture is 3.6 meters, together with the pedestal - 7 meters. 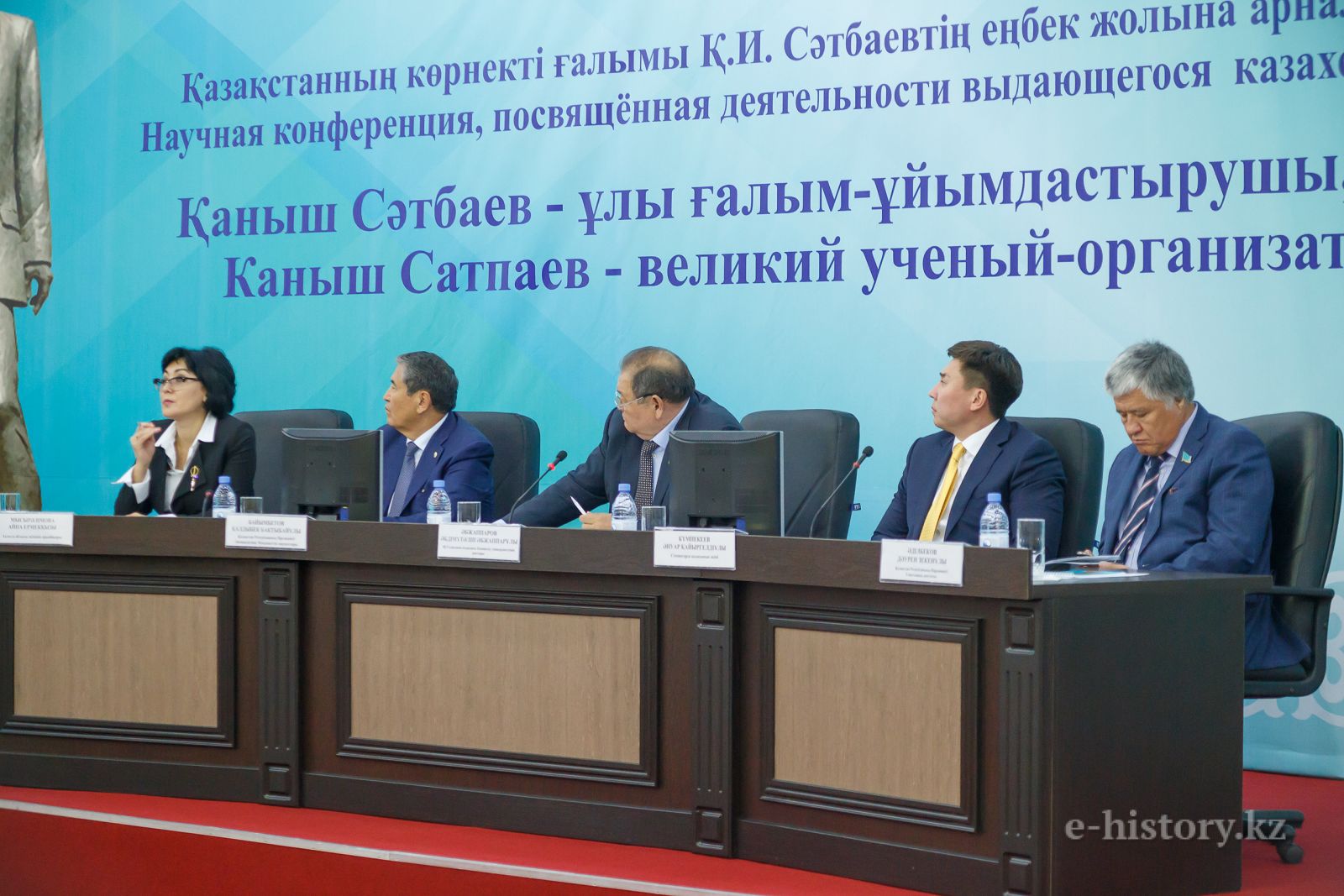 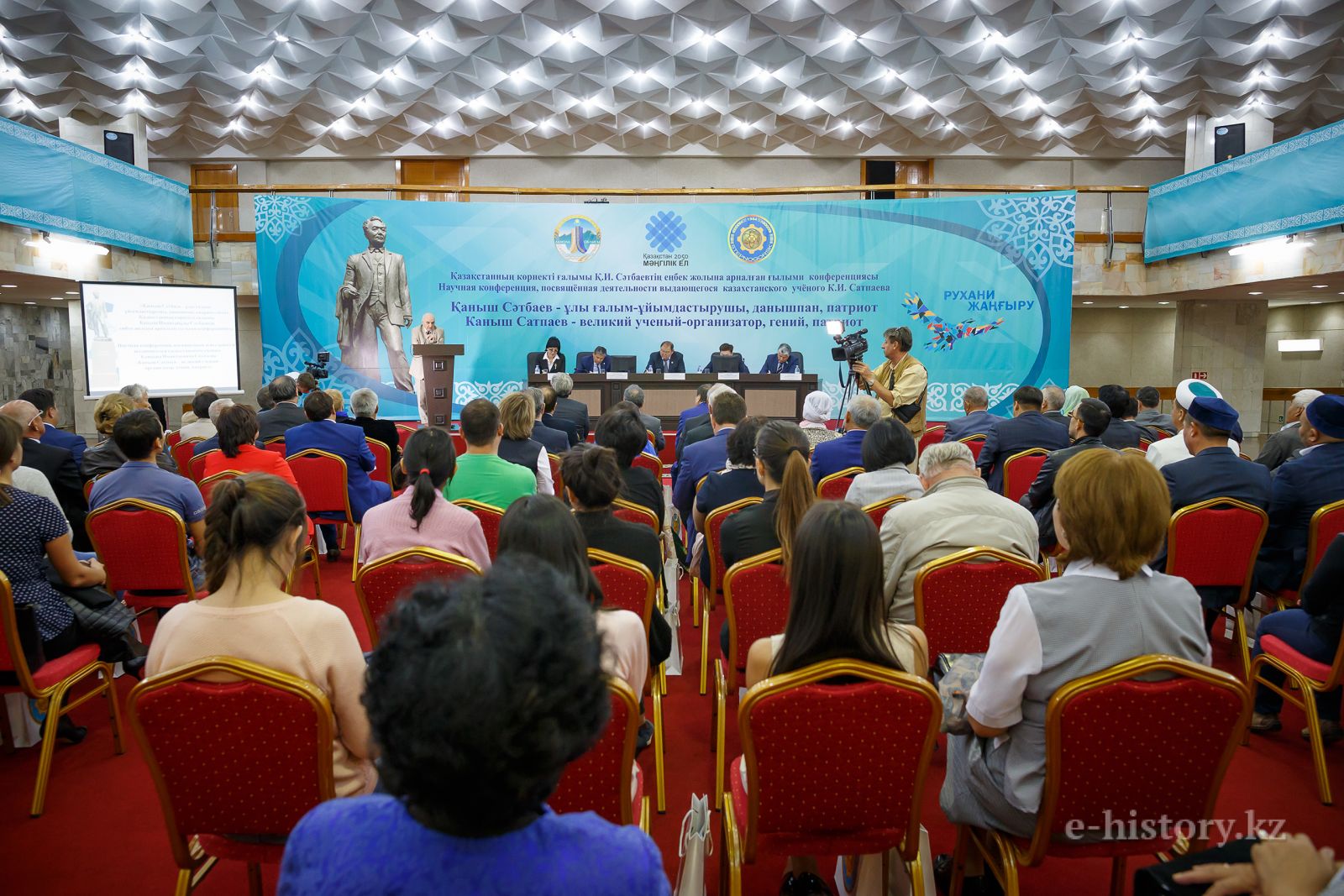 Also, among the festive events, the opening of a new wrestling center in “Batyr” youth sports school was held. Wrestling center is equipped with new equipment. For the young generation for the first time the section of the Kazakhsha kures (wrestling) was opened. 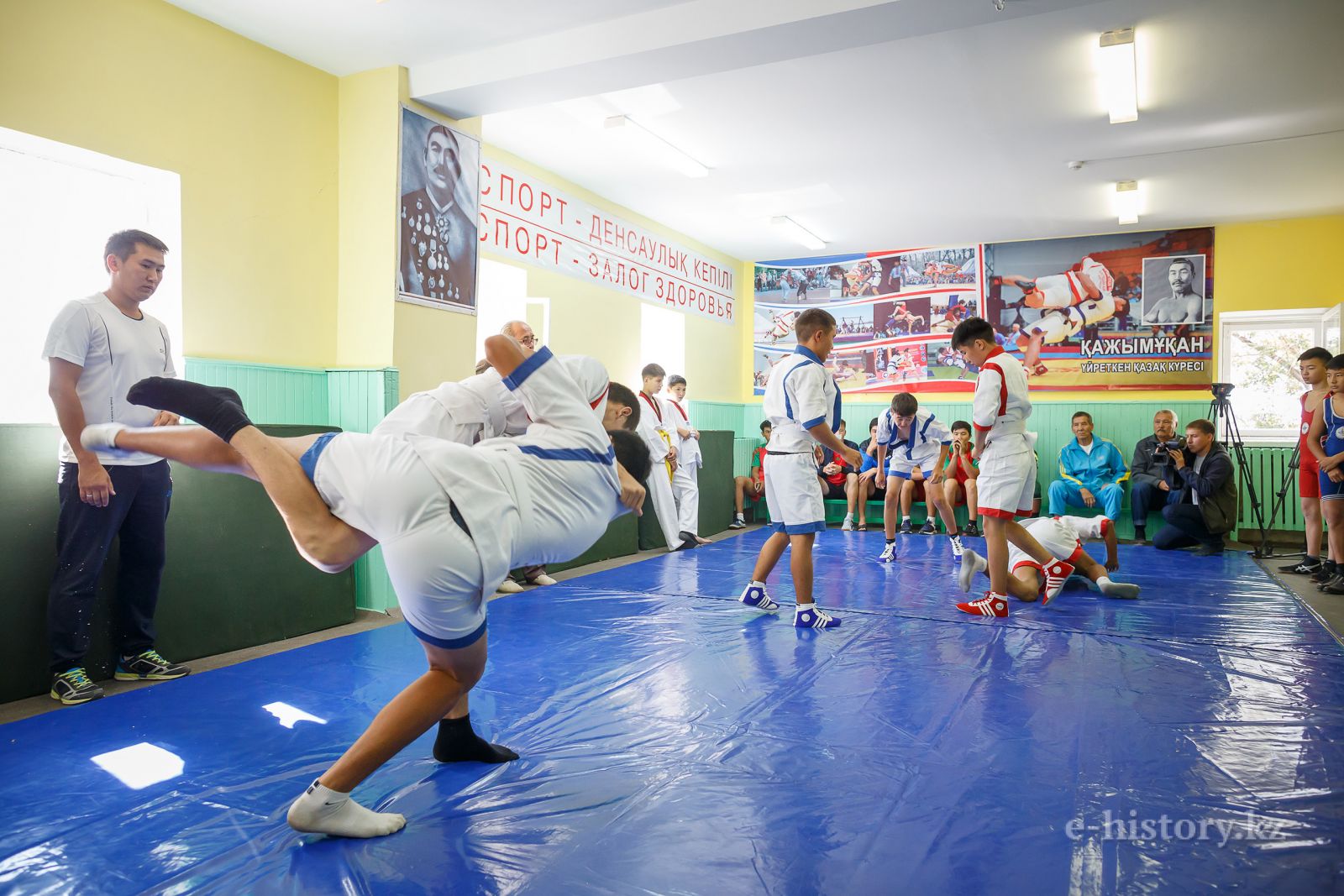 Coaches Adil Tazhenov and Erbol Alipov are happy to open a new wrestling center and have already the first groups in freestyle wrestling and Kazakhsha kures. Young athletes with pleasure demonstrated a small master class on wrestling.

In the course of the festive part of a holiday the first builders and veterans were honored. The artists of the regional philharmonic society presented their creativity to the Stepnogorsk residents and guests of the city, and the youth of the city was undoubtedly pleased with the festive disco where DJ Baur from Moscow and DJ Fara from our capital “lighted up”. The holiday ended with the launch of fireworks.

Happy birthday, Stepnogorsk - the city of the Great Steppe!