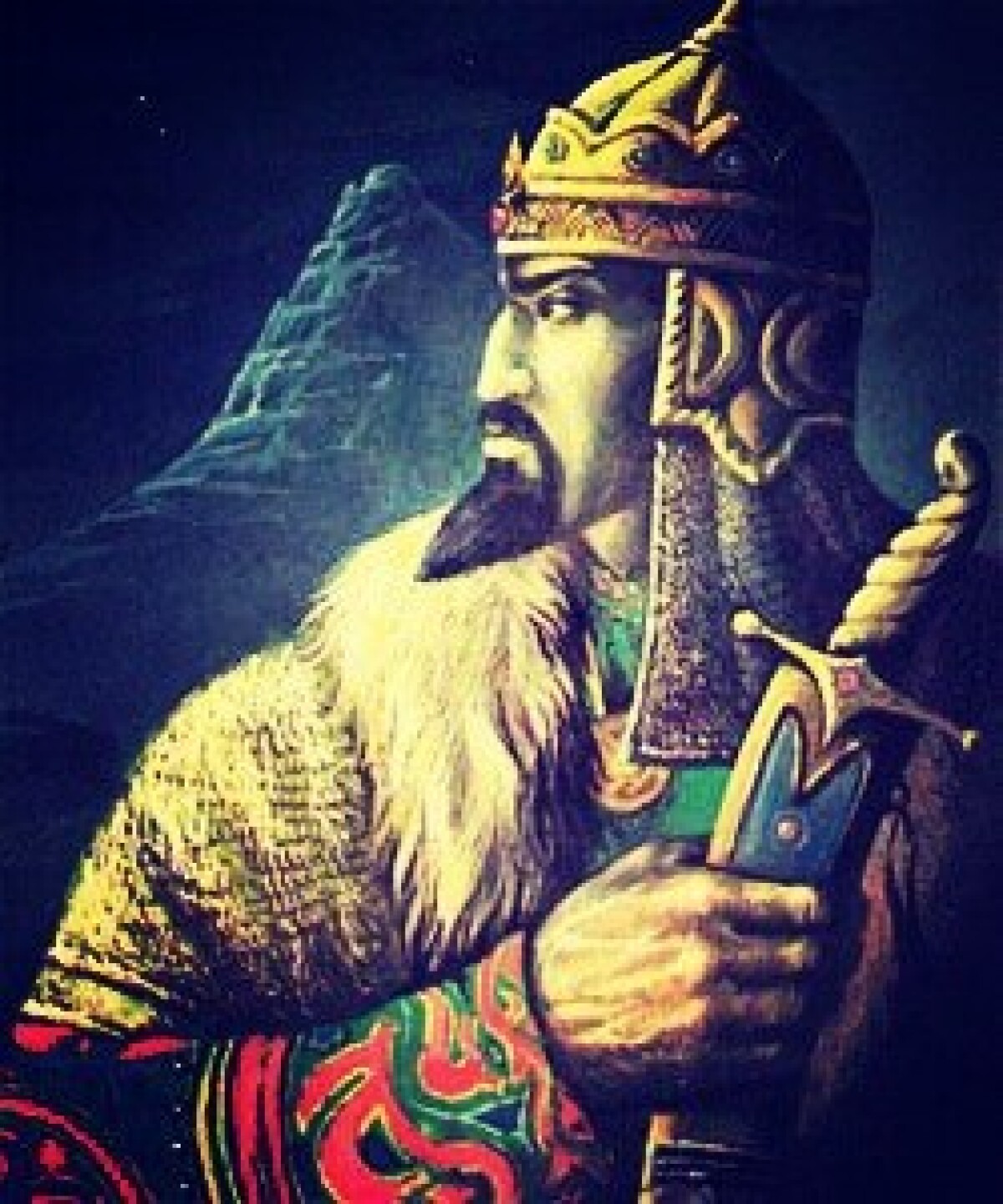 In the 20-40s of the XIX century the Kazakhs experienced hard times - different states looked at their lands, but the most aggressive policy toward the Kazakh steppes was conducted by tsarist Russia,

the Khiva and Kokand khanates

Despite the different levels of development of these states, the differences in the aims pursued, the ethnic and cultural characteristics, the aggression of the invaders was powerful and comprehensive - the Kazakh Khanate began to weaken, moreover, torn apart by internal strife, socio-economic division, when the Russian government began to gradually pull to its side feudal nobility, bribing it with special privileges and additional regalia, as marks of attention from the tsar, it could not give a serious rebuff without a popular leader, who could instill rebellion in the mass.

To solve this situation could be a shrewd person with a strong character who has an idea of ​​both the life and everyday life of ordinary people and is familiar with military and political affairs. Such a man was Kenesary Kasymov.

In Kasymov, the blood of a warrior and a fighter for justice flowed.

The Kazakh Khanate, represented by the three zhuzes, rallied and supported Kenesary, seeing him as a fighter for independence, who could achieve a common goal.

The Russian Empire always kept the neighboring land in view, but it acquired special significance in the first third of the nineteenth century during the aggravation of Anglo-Russian rivalry over the Khiva-Bukhara-Kokand line.

Including because of its geographical location, the Kazakh lands were a tasty morsel for large empires. Kazakhstan opened an outlet to Central Asia.

The spread of Russian influence took place in several stages:

Central Asian khanates pursued their predatory policy. The Syrdarya Kazakhs complained to bi Dospol who was loyal to Kenesary: "Now the Uzbeks have surpassed the Russians".

The revolt of Kenesary stretched for 10 years. There were a lot of losses, but also a lot of victories in this long war. Most importantly, the leader of the movement managed to rally the Kazakh people and inspire new conquests. One of these conquests is the Aktau Fortress. The Russian Empire used it to dispose of its military units. But the fortress expanded.

Significant is the fact that 180 years ago, on November 10, 1837, a Russian decree was signed to the commander of the Siberian Separate Corps, on the definition of a priest to the church, supposed to be built in the outer districts of the Kyrgyz steppe. That is, the fortress was expanding; the foreign power increased its social and cultural infrastructure.

Scientists suggest that in August 1838 Kenesary attacked the fortress, which soon fell. But the insurgents could not stay there for long, because Russian reinforcements arrived in time for help. Around 1858 the fortress finally ceased to exist - Kenesary Kasymov was killed, by this time the process of joining the three zhuzes to Russia was almost completed.

Author: Altynzer Dauletbayeva
Use of materials for publication, commercial use, or distribution requires written or oral permission from the Board of Editors or the author. Hyperlink to Qazaqstan tarihy portal is necessary. All rights reserved by the Law RK “On author’s rights and related rights”. To request authorization email to or call to 8 (7172) 57 14 08 (in - 1164)
Қазақша Русский English
THE MOST WIDELY READ
Month Year
The top of pyramid stores the yurt
On How Kazakhstan Ended up as part of Tsarist Russia Kunaev Dinmukhamed Akhmedovich Recorded history of Kazakhstan. Part 2 The title of “Folk hero” was posthumously awarded to three veterans of the Great Fatherland War Union of the Archives and Library A great son of the Kazakh steppes People who eat horses will kill you Recorded history of Kazakhstan. Part 1 Burial mounds of the southwestern part of the Semirechye region The referendum on the Constitution is a significant stage of democratization Rebooting a field of science and education Kazakhstan's participation in the Winter Olympics has a long history
Polls
Materials on the topic
Labels of the Golden Horde khans and Russian clergy
From the story of a blood feud
A role of Buddhism in formation of Central Asian mythologies
The referendum on the Constitution is a significant stage of democratization