Home News THE EXHIBITION OF HISTORY OF FRIENDLY RELATIONS

THE EXHIBITION OF HISTORY OF FRIENDLY RELATIONS 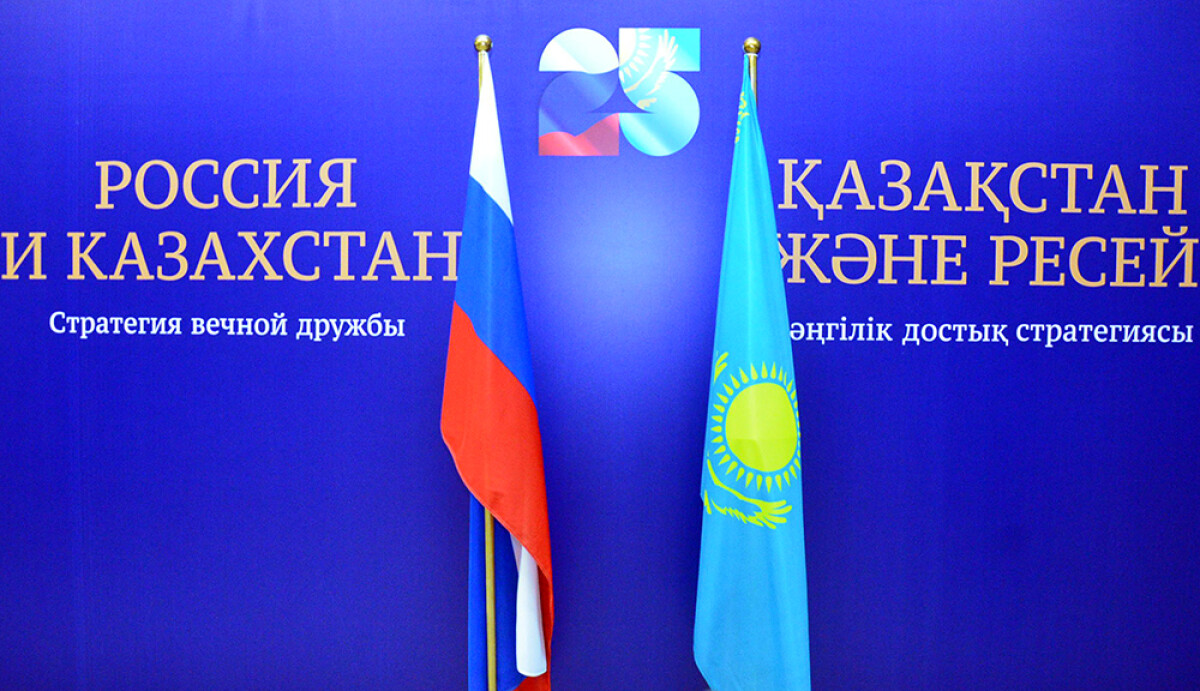 The 25th anniversary of the establishment of Kazakh-Russian diplomatic relations

An exhibition of historical facts opened in the National Museum of the Republic of Kazakhstan, celebrating a quarter century friendship - "Kazakhstan and Russia: the strategy of eternal friendship". This year marks the 25th anniversary of the establishment of diplomatic relations between our country and the Russian Federation. Over the years, numerous negotiations have been held between the two countries, and many documents have been signed. Although these documents were fruitful and remained in the past, but it is known that it does not lose the value of good-neighborliness. In this case, the event organized by the Ministry of Culture and Sports of the Republic of Kazakhstan and the Federal Archival Agency of Russia is aimed at the recognition of original documents. 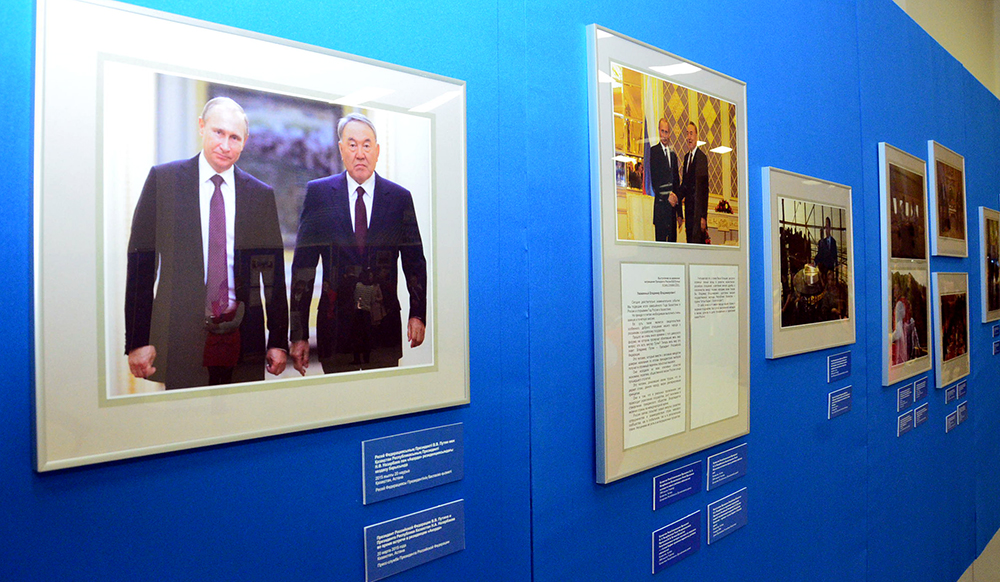 At the opening of the exhibition on behalf of our country, the first deputy head of the Presidential Administration, Marat Tazhin, from the President of the Republic of Kazakhstan, N. Nazarbayev, the head of the department for interregional and cultural relations of Russia with foreign countries from the side of the President of the Russian Federation Vladimir Putin, Vladimir Chernov, read congratulatory letters. Minister of Culture and Sports Arystanbek Mukhamediuly, head of the Federal Archival Agency of Russia Andrey Artizov, as well as Ambassador Extraordinary and Plenipotentiary of Russia to Kazakhstan Mikhail Bocharnikov expressed warm wishes to the exhibition dedicated to the 25th anniversary of diplomatic relations. 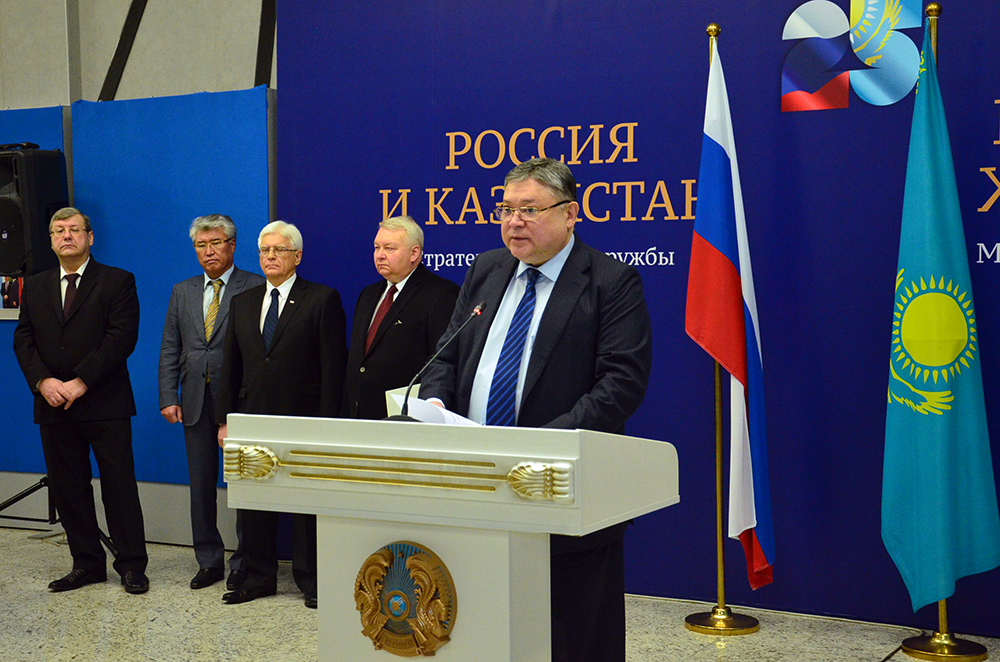 Marat Tazhin, First Deputy Head of the Administration of the President of the Republic of Kazakhstan, said: "The relationship between the Kazakh people and Russia began from ancient times. Speaking in their native language, since the tsarist times, Kazakhs and Russians are neighbors. For 70 years we were part of the Soviet Union. And after the breakup, we did not stop the connection. Since 1991, we have established relationships with an independent country. Today, Kazakhstan has a special place, on the part of Russia, in both the historical, cultural and economic aspects. 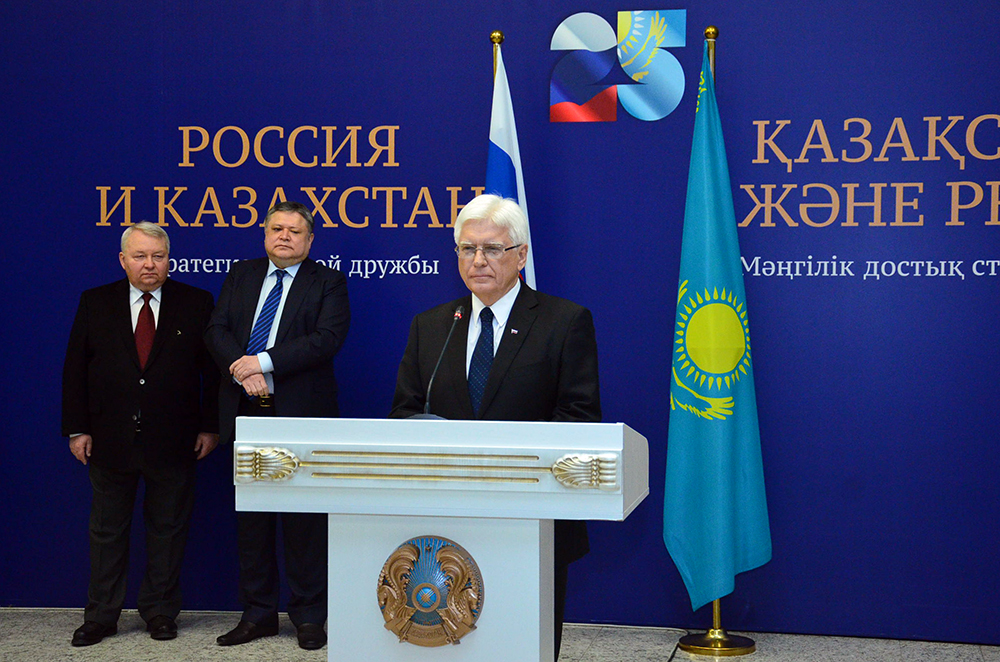 You will ask - why? Undoubtedly, as neighboring countries, the processes of economic development and the development of society influence each other. Effective development of mutual relations of both countries is beneficial for all of us.

Mikhail Bocharnikov, Ambassador Extraordinary and Plenipotentiary of the Russian Federation to the Republic of Kazakhstan, said: “For centuries, the nurtured Kazakh-Russian partnership, after the collapse of the Soviet Union, has come to a new direction”. 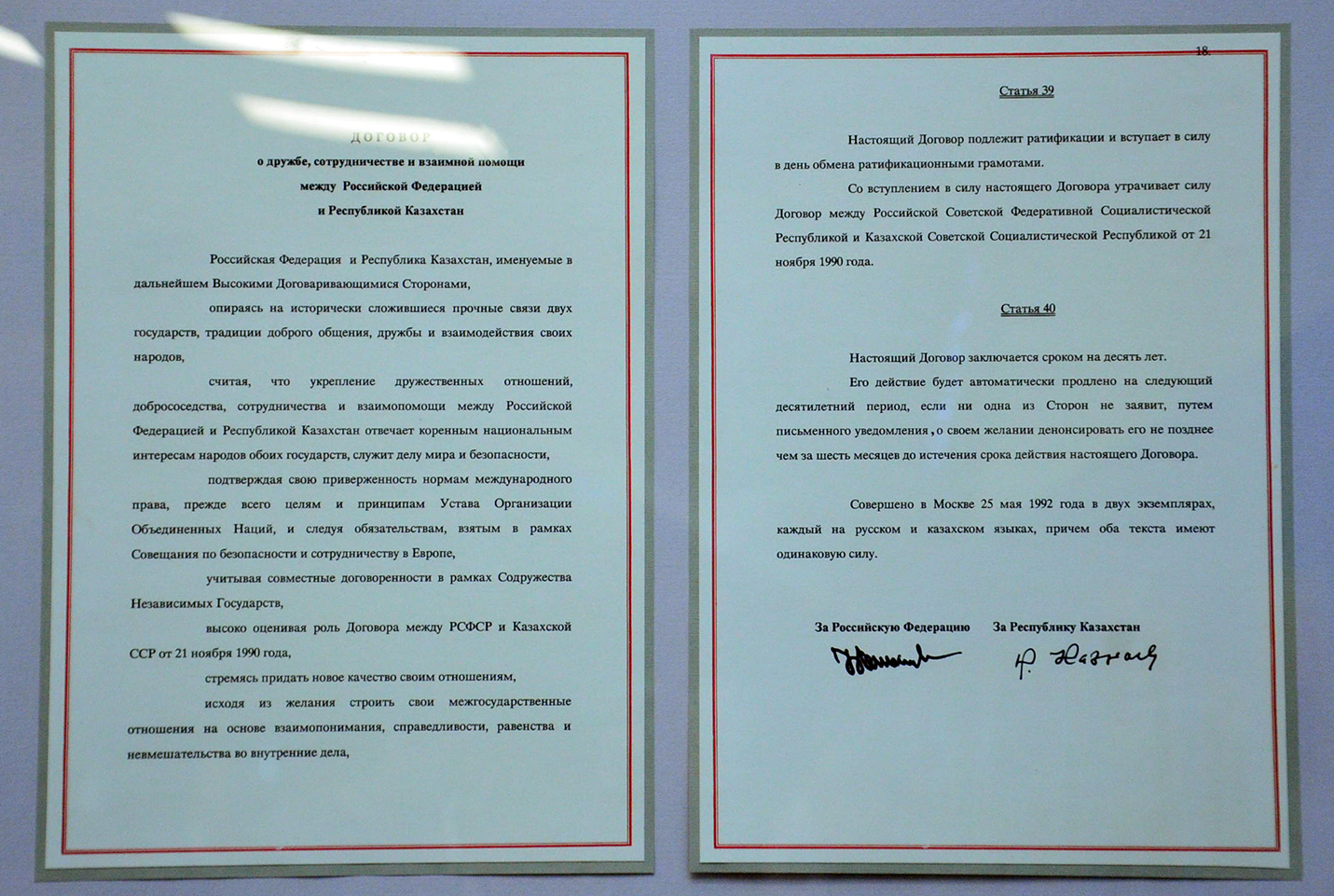 In this case, we should mention the "Agreement on Friendship, Cooperation and Mutual Assistance", adopted in 1992. The approved document on basic guidelines for bilateral relations ensures the sustainable development of interstate political and economic ties. And signed in 1998 the agreement between the leaders of the two countries on Eternal Friendship and the Union provided an opportunity for further strengthening of cooperation. 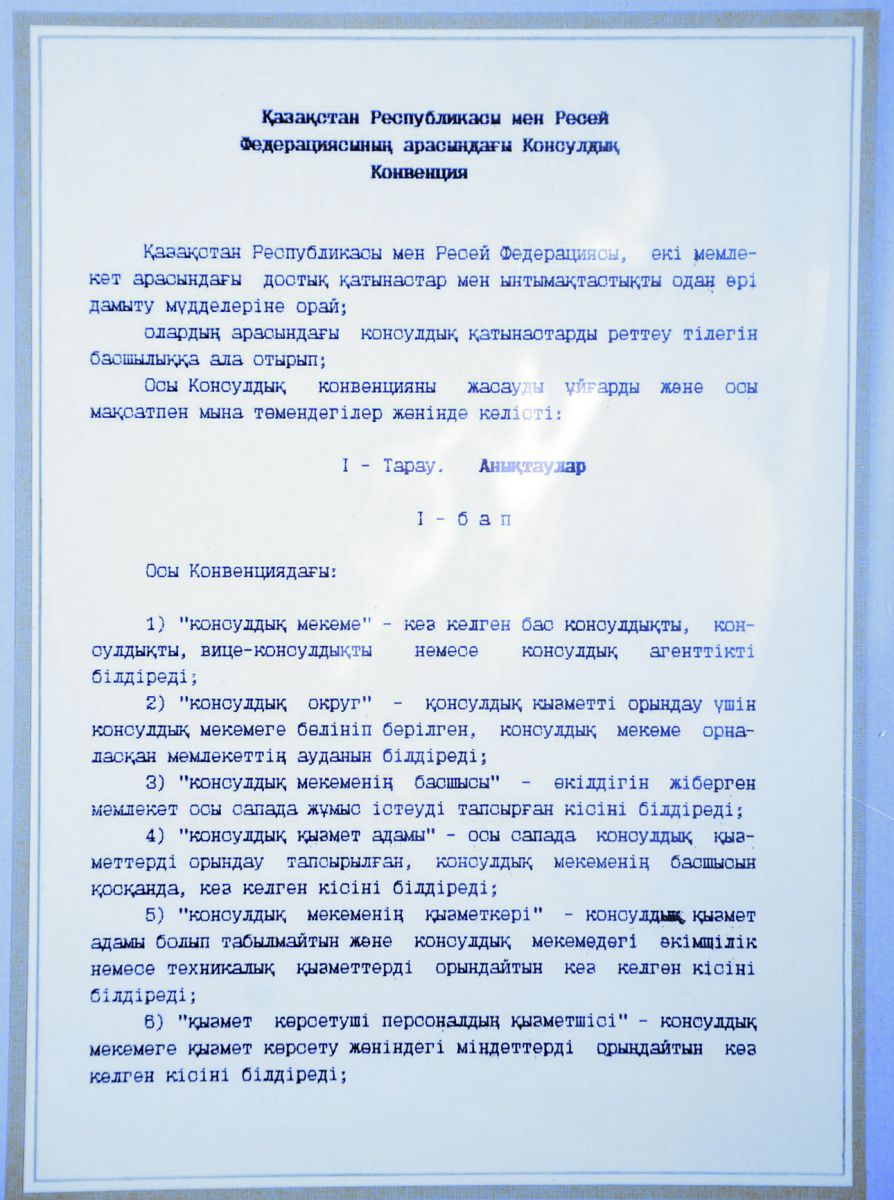 The exhibition materials are based on a high level of trust, mutual understanding and support of traditions between the two states; they reveal real constructive models of strategic partnership and cooperation between Kazakhstan and Russia. 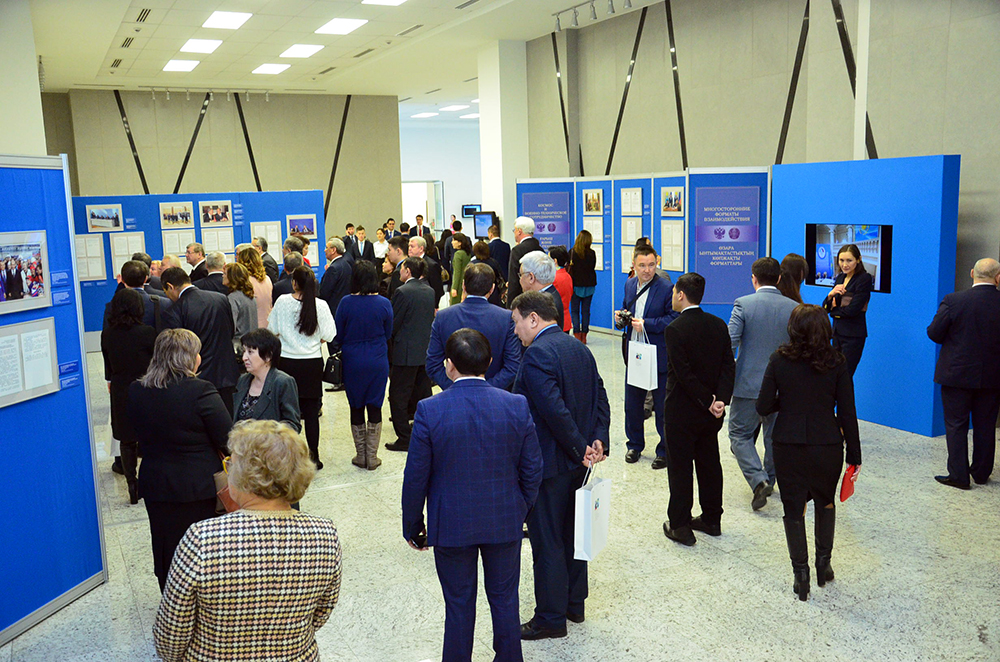 The exposition presents more than 300 documents from the funds of the State Archive of the National Archives of the country and the Russian political-economic and cultural-humanitarian orientation. They are at the interstate, intergovernmental and interregional levels that can effectively solve problems of different focus.