Home News 15 facts about Shakir Abenov, who devoted bata to the Head of the State

15 facts about Shakir Abenov, who devoted bata to the Head of the State 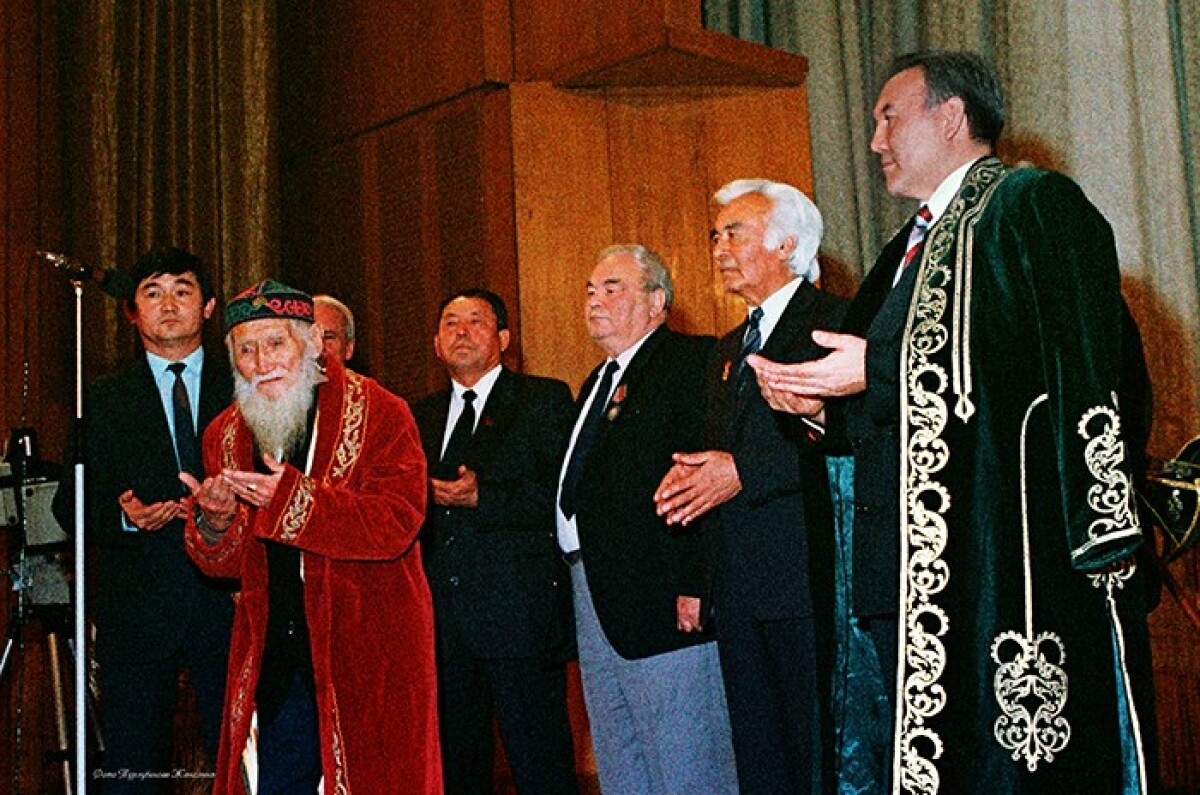 Shakir Abenov married when he was 13 years old. His father Aben proposed him Sharapi, daughter of famous in the whole neighborhood bai Kosembay Aidosov

1. People’s poet, displaying care about people’s heritage, Shakir Abenov was born on the territory of present Abay district of East-Kazakhstan oblast on 1 March 1900. The real name of Shakir is Mukhametshukir. This name was given to him by his father. Young wife of kazhy Aben saw in her dream that “the horseman on the white horse will have the curved saddle, horseman will be a sage, but he will not leave the descendant after himself” and woke up with the words glory to Allah, that gave us him”.

2. Young Shakir was brought up by his father, learnt the Muslim certificate and got the education in Semipalatinsk parochial school. Thus, after studying Muslim and Russian certificate, in 1915 he entered Semipalatinsk’s male gymnasium, where he studied for a year, and could not finish it because of occurring difficult times.

3. Shakir Abenov married at the age of 13. His father Aben matched him Sharapi, daughter of a well-known in the neighborhood bai Kosembay Aidosov.

4. The person, who aroused interest in a young poet to the art – a famous singer Berikbol Kopenov known as Agash-ayak (wooden leg), for the ability to dance on stilts. Talented poet, singer and composer Berikbol became popular because of his circus games. They say, that he could leave behind him the horse in the race on stilts. 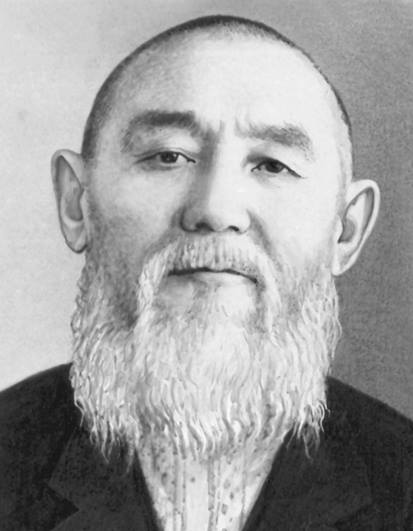 5. Having the sharp tongue, Shakir with anger exposed injustice, happening around. Those things he saw all around, wandering around with his three-stringed dombra, terrified him. The destiny pushed together Shakir with many troubles starting with 1927, when started the confiscation of bais.

6. In the years of troubles he found the shelter in Makanchi and in 1930 he worked as the acceptance inspector, later as the warehouseman at the leather enterprise.

7. During the hunger of 1931 the Chairman of the Governmental committee Saken Seifullin was shown and introduced to the locality of Urdzhar district. Exactly here soft-hearted handsome poet cried as the child. After the trip in Almaty on the invitation of S.Seifullin, he was captured as “the people’s enemy” and without charge or trial in Aktobe prison.

8. In disastrous 1937, when the elite of the Kazakh society was demolished, in the journal “Adebiet maidany” he published his variant of the poem “Kozy Korpesh and Bayan Sulu”. About his personal life in these years the poet said, “I had no occasion to enjoy that work. Being around 37 he was forced to run from Ayagoz to the station of Mynbulak to save his life.

In those years was edited the poem “Kozy Korpesh – Bayan Suly”. For getting honorarium he appealed to Oteev who replied to me, “You are the people’s enemy! What for do you need money?!” and whipped me away. Fortunately, I met Sarsen Amanzholov, who hired me to the branch AS KazSSR as the correspondent, gathering the samples of folklore.

9. Shakir Abenov – the participant of the Second World War. In 1942 he was enrolled to the Soviet Army and as part of the 40th guards fought against German invaders. After being wounded from the shell splinters in the battle near Bryansk, he returned to the Motherland.

10. After the war he went back to the station of Matay in Taldykurgan oblast and the second time he married. His wife became Serikbubi.

11. The third wave of Stalin repressions  did not go around the sharp-tongued poet Shakir Abenov. Being prosecuted as “the poet writing against the Soviet regime”, on 1 July 1949 he was arrested. He got punishment in the form of the freedom deprivation for 10 years on the article 58-10 of the Criminal Code of the RSFSR “Agitation against government”. However, through certain tie after popular to all XX Congress of the CPSS, he was released from prison. 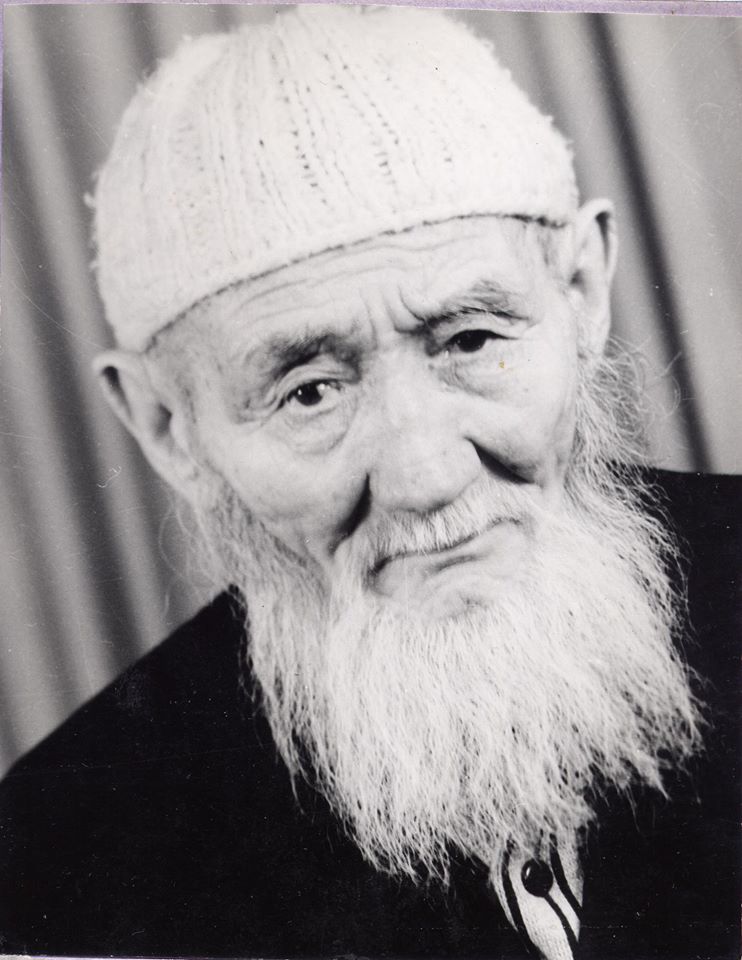 12. Supporting document of the poet about his guiltless conviction was considered on the eve of his 60th anniversary and the poet was entirely justified.

13. According the researchers’ opinion the poet heritage, Shakir Abenov was not only a poet, but also a writer. He is the author of such tales as “Maskunem sheber” (“Drunken master”), “Aueskoy zhigit” (“Self-taught fellow“), “Kezbe sha” (“Old man wander”).

14. Shakir Abenov – aksakal, who lived up to the independence and who became one of the first witnesses of a happy life in the country. 10 December 1991 he in his 91 years blessed the President of the KazSSR N.Nazarbayev at the festive ceremony of the inauguration.

15. Shakir Abenov died 23 October 1994. Because of Shakir Abenov’s death, respected by all aksakal, the President RK N.Nazarbayev movingly told, “That moment, when I got bata from Shakira ata will forever stay in my memory”.