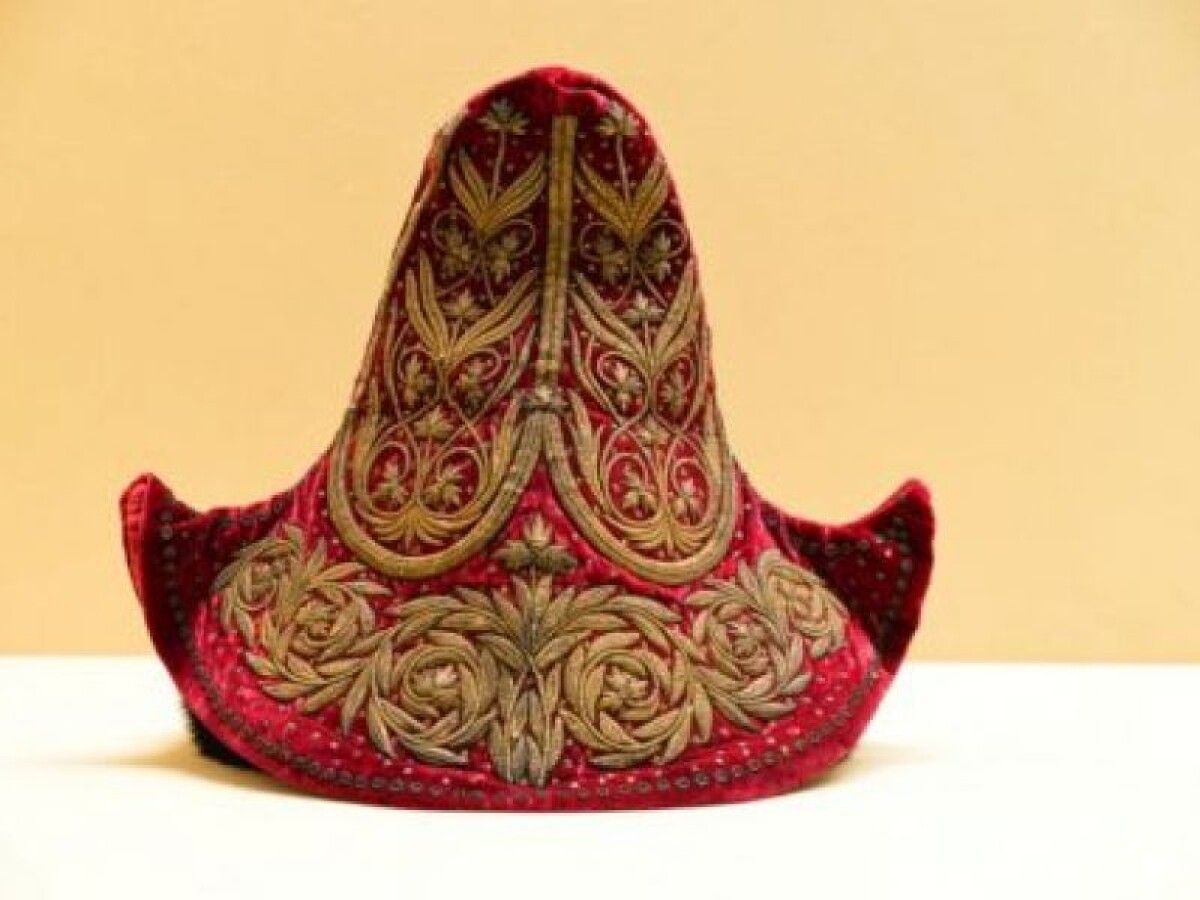 Murak was considered as the most splendid in a series of Kazakh traditional headdreses. Not everyone could put it on.

Murak is the magnificent headdress, which only khans, sultans and rulers could wear. The headdress murak was considered as a part dress a noble Kazakh’s dress. Despite attired murak, people determined social status and the position of its owner. Murak was called in different ways in different regions of the Kazakh steppe: for example, aiyr kalpak. One of its elements is a peaked headdress, reminding the hats of the ancient Scythians and Sakas. It had the felt base, was trimmed with velvet and decorated with embroidery and ornaments of gold or silver thread. Depending on the thread used, embroidery could be seen from afar. The way to wear it is special as well: it was worn over a peaked hat. People did not put murak on everywhere, only on special occasions like events and celebrations. There are proverbs: Khandar kier murakty, karasha kier kurakty (‘Khans wear murak, commoner wears kurak’) ‘Kalmak abzaly – murak, korpe abzaly kurak’ (‘Murak is the best among the headdress, kurak is the best among the blankets’, (‘kurak’ is a type of craft, where colorful scraps of fabric are sewn as mosaic on the handiwork). 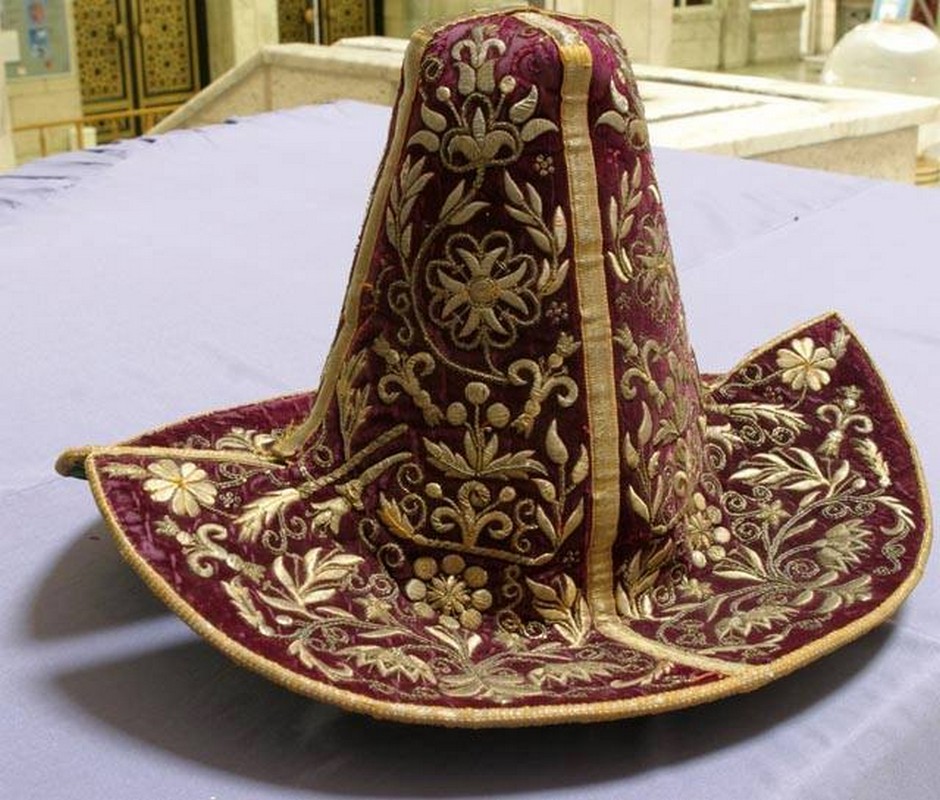 Aishuak khan’s murak, preserved in the Central State Museum of Kazakhstan, is included in the number of the valuable objects of cultural heritage that has preserved to the present day. The owner of Aishuak Khan’s murak – son Abulkhair khan. He ruled the Junior zhuz in 1797-1805. Aishuak khan was one of Abulkhair khan’s four sons, sent as hostage to the Russian fortress Orsk in 1748-1749. Aishuak khan’s sons were supporters of Syrym batyr’s uprising and actively participated in it. In 1785, Aishuak was captured by the Cossacks and was liberated by Syrym Batyr and Eraly sultan. Based on the data from the National encyclopedia ‘Kazakhstan’, we learned that ‘the Royal power, used to destroy khan's reign, proclaimed 74-year-old Aishuak sultan as khan in 1797 in Orenburg. According to the plans of the Military Governor, khan and Khan's Council were to settle in one place. During the reign of Aishuak khan, the socio-economic, political situation became complicated and inter-clan feuds strengthened in Junior zhuz. Realizing weakness and inability to rule the people, he finally abandoned the khan's power in 1805. 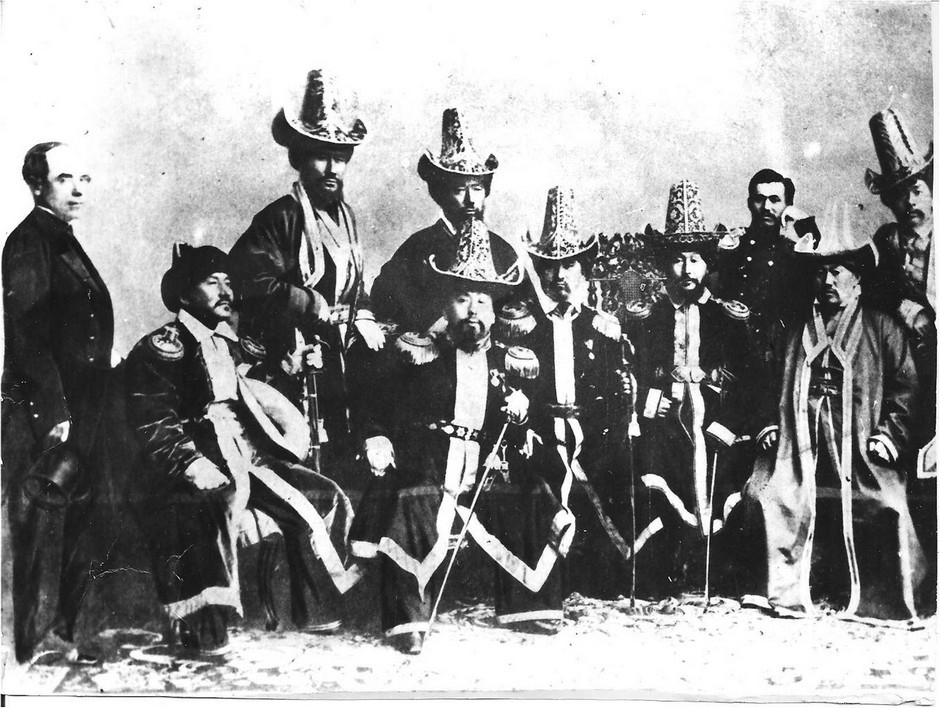 It is still not known who is depicted in this picture, but it is clear is that third from the right are: Almukhamed Seydalin, sultan and sergeant major of Turgay county on the left, bi, a descendant of the famous batyr Shakshak, Zhanibek Birimzhan Shegenov. B. Shegenov is a father of the Alash Orda member - Akhmet Birimzhanov.