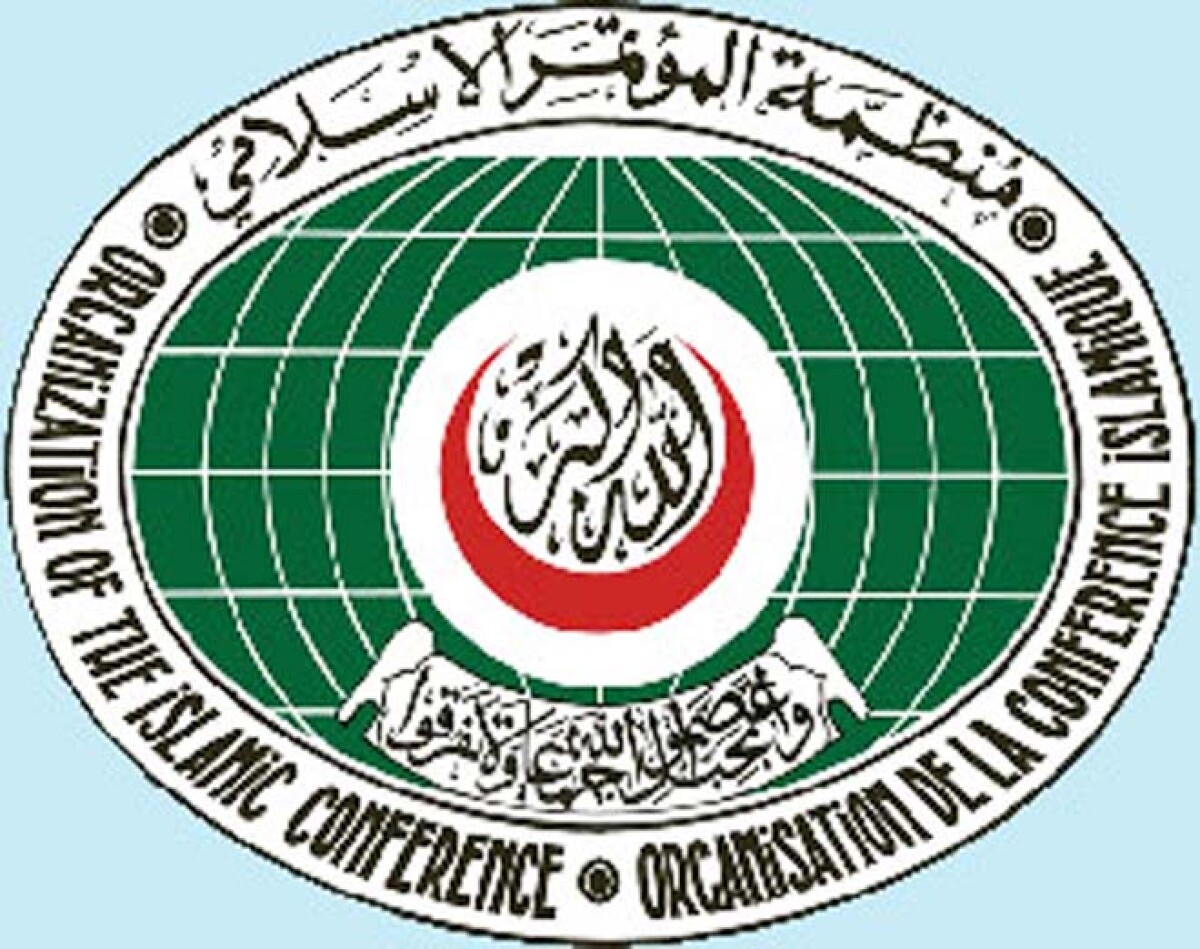 Kazakhstan’s OIC membership is viewed as an important mean of contributing to the stable development of the global community.

It was a special privilege for Kazakhstan to Chair the Council of Foreign Ministers of OIC in 2011-2012, which resulted in the creation of the Islamic Organization for Food Security and the OIC Independent Permanent Human Rights Commission.

We had extremely close collaboration with OIC even when chaired other multilateral organizations like OSCE in 2010, the Conference on Interaction and Confidence-building in Asia, which was initiated fey the President of Kazakhstan Nursultan Nazarbayev during the 47th session of UN General Assembly and the Shanghai Cooperation Organization (SCO) in 2010-2011. These have been precious opportunities to work with each of the OIC governments, out of Jeddah, New York as we do and reaching out to African OIC Members, particularly after Kazakhstan gained observer status in the African Union.

Recently, in November 2015, the general agreement on trade and economic cooperation among the OIC member countries was signed.

At the outset let me thank the OIC for its decision to support Kazakhstan’s candidature for a non-permanent seat on the Security Council. We are touched by this brotherly support and kinship and the special attention given to several considerations that are unique to our candidacy, which has been put forward in accordance with the principles of fair and equitable geographical rotation and adequate representation of all Member States of the Asia-Pacific Regional Group in the UN Security Council.

Secondly, Kazakhstan has never previously been represented on the Council, and it will also be the first time that Central Asia will have a voice as a region on it in the entire history of the United Nations. Let us remind ourselves that this has also become a vulnerable region and needs to be visible on the Council f of regional and global peace and security. However, we are sure that if elected, we will spare no efforts to promote the interests and concerns of all regions and Member States, however small, weak, isolated or distant they are.

We will pay special focus on the LLDCs, LDC and SIDS, besides Africa, and promote the interests of OIC countries on the Council. Through the Kazakhstan Strategy 2050, by which we hope to rank among the 50 most advanced countries in the world, and our 100 Steps program, we have demonstrated what can be achieved through a human-centered development.

Kazakhstan's location at the crossroads of Eurasia, gives it a special advantage in understanding issues relevant for both Asia and Europe on some of the most critical threats and tensions witnessed over the very vast Eurasian region. With this advantage, the OIC connection will expand our scope of our work to reach the Arab world, Africa, Asia and Europe in a much more meaningful way.

Kazakhstan strongly and permanently supports the creation of the Independent State of Palestine within the 1967 borders. We promote Palestine’s full-fledged membership in the United Nations and welcome raising the Palestinian flag on the UN grounds.

Seeing the current global tensions, Kazakhstan has a deep conviction in the wider concept of human security — going beyond peace and conflict prevention, which is the new paradigm shift within Agenda 2030 and its 17 Goals. We are also committed to the values and ethics of justice and equality, and that our well-being is intertwined with the progress and prosperity of others. Kazakhstan, determined to make a significant contribution has decided to work for Food, Water, Energy and Nuclear Security as the four pillars of its Security Council campaign. The four securities are the new transformative thinking of the 2015 development agenda and among other strategies, lay the foundations of a stable society. Let touch briefly the salient points of this priorities:

1. Food Security, Kazakhstan is the largest producer and exporter of grain and flour and so is committed to eradication of poverty and hunger along the collective effort of the United Nations, and believes that no one should be left behind. It is for this reason that together with technical guidance form UNDP, Kazakhstan has set up KazAid, its development agency to assist other countries.

President Nursultan Nazarbayev during the Kazakhstan’s chairmanship in the Organization of Islamic Cooperation (OIC) in 2011 proposed the creation of the Islamic Organization for Food Security (IOFS). The organization, which is to be headquartered in Astana, aims to greatly increase food security in OIC member states, providing expertise, conducting research and promoting knowledge on food security, as well as coordinating practical support and emergency response in times of crisis. The main goal of the IOFS is to bring greater food security to Muslim States.

On January 13, 2015 in Jeddah, Representatives of all OIC Member States attended and discussed the IOFS rules. The 7th Conference of Ministers of Agriculture of the OIC and the inaugural session of the IOFS General Assembly are scheduled to take place in April 26-28 of 2016 in Astana.

2. Water is vital to peace and progress. More than 2 billion people in the world do not have enough water, and already half of the earth’s population experiences »shortage of clean safe water. By 2025, this deficit will extend to almost two- thirds of the planet. Clean water is one of our planet’s scarcest and most precious »ources. Kazakhstan, as the largest landlocked country in the world, has never taken water security for granted.

We actively cooperate with our neighbors to manage trans-boundary rivers. Currently, Kazakhstan is successfully addressing one of the toughest environmental challenges in the world: the drying up of the Aral Sea. Thanks to our efforts, tip waters of the shrinking Aral Sea are gradually returning. My country has experienced great water shortages - a situation worsened by being a downstream country. It is combating these geographical hazards and has experiences to share with other countries. Our “landlockedness” has been transformed into “landlinkedness” also through building remarkable network of transit rail, road I and air routes and corridors.

3. Energy Security. Energy is the driver of today and tomorrow. The burning of fossil fuels creates air pollution, resulting in premature deaths of 800,000 people every year. This is unconscionable. Although Kazakhstan possesses and Sundance of world-class conventional energy resources, we are deeply committed to developing a green economy through diversifying and developing alternative Clergy sources. Our Green Bridge Partnership Programme, with support from HKACP and several other countries of the region and beyond, is the only one that was singled out in the Outcome Document of Rio +20. Kazakhstan has initiated biogas project in nine SIDS countries in conjunction with ESCAP.

We will host in Astana Expo-2017 with theme, “Future Energy”, bringing together world’s leading energy experts to address this increasingly urgent issue and showcase to the world renewable sources of energy. Representatives of 60 developing countries will be supported to participate in the EXPO, which will be our contribution to the Secretary-General’s Sustainable Energy for All Initiative.

The drastic climatic changes witnessed today are mainly due to human activity, greed and overconsumption. Responding to this challenge, Kazakhstan is the first CIS country to launch a cap and trade system that will decrease GHG emissions by 15 percent by 2050, equaling 1992 levels.

In 2009, Kazakhstan created a Nuclear-Weapon-Free Zone in Central Asia in association with four other countries in the region. My country initiated an action plan to strengthen nuclear safety, promote non-proliferation and prevent nuclear  terrorism, and has in addition hosted two 1540 training workshops. On 6 May 2014, the representatives of the P5 countries of the Security Council signed the Protocol to the Treaty on the Central Asian Nuclear-Weapon-Free Zone (CANWFZ) which granted negative security assurances to the zone. Kazakhstan works actively to develop similar zones in other parts of the world, especially in the Middle East.

Kazakhstan initiated a resolution to designate 29 August as the International Day against Nuclear Tests, which was adopted in December 2009 by UN General Assembly. In 2012, Kazakhstan launched the ATOM Project, an international e-campaign for peace. The proposal of President Nursultan Nazarbayev for the international community to adopt the Universal Declaration of a Nuclear-Weapon- Free World, first envisaged in April 2010, became a reality on 8 December 2015 with the vast majority of countries voting in its favor.

Kazakhstan hosted two meetings in Almaty between the P5 countries and Iran concerning the latter’s nuclear program, which paved the way for the Agreement, considered to be the most successful in the history of the negotiating process.

Kazakhstan, on 27 August 2015 signed in Astana the agreement with the International Atomic Energy Agency (IAEA) for the country to host the first multinational low enriched uranium bank. This would begin to serve as a last- resort fuel reserve to assure a guaranteed supply of low enriched uranium for the nuclear power markets. Countries wanting to buy from the reserve would have to meet IAEA safeguards and refrain from operating uranium enrichment or spent- fuel reprocessing facilities.

Kazakhstan hosts 18 UN agencies, including some sub-regional or multi-country offices. With the proposed UN Regional Hub in Almaty, we will contribute greatly to the region’s sustainable development, humanitarian assistance, disaster risk reduction and resilience building, and beyond, including in Afghani­stan by investing in a massive educational programme. Kazakhstan has provided financial and humanitarian aid to some Central Asian region, and to OIC countries like Somalia, Jordan and Lebanon for the Syrian refugee, as well as for the OIC Special Program for the development of Africa. Kazakhstan has taken the lead in establishing the Regional Hub for Civil Service Excellence, with an emphasis on meritocracy as a means of building national capacity to implement Agenda 2030 and can share best practices with OIC countries.

Since its independence, Kazakhstan has striven to be a trusted, independent, neutral global partner having gained much international experience and expertise to bear on some of the pressing challenges currently facing the UNSC. If elected, Kazakhstan is resolved to make its mark by a most significant contribution to the work of the Security Council and its mandate for stability, peace, security, and human and sustainable development, not only in 2017-2018, but beyond.

Yerzhan Ashikbayev, Deputy Minister of Foreign Affairs of the Republic of Kazakhstan