Ayteke bi is a law expert of the Great Steppe 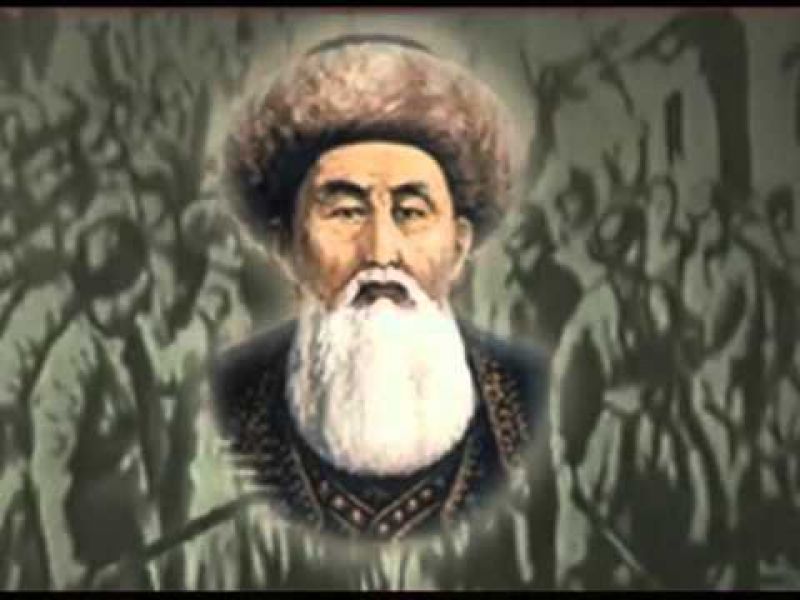 A “Bi” is the most important person in decision making process in court in the Qazaq nomadic society.

Qazaq people believed him, obeyed his resolutions, even when it seemed that the matter could be solved logically in a different way.

The bi (means “a judge” in English) usually suggested to be a sage and a truthful person, an expert on the laws of the Great Steppe and judicial precedents that went down in history and in the minds of the people, he was perceived as a mediator between litigating parties. Such a public opinion existed at that time.

The servants of Russian tsarist administration in Qazaqstan (in XIX century), who personally witnessed them had an opinion, that “in the national consciousness, the status and position of bi is given to a person of indisputable probity, who combine his natural high intelligence with deep knowledge of the mentality of the people, their habits and customs. Bi is a living history of people, he is their lawyer and a judge”.

Ayteke bi, who was known far beyond the original territories of the Junior Zhuz, became a legend in his era. His birth and death dates are not known with certainty, the scientists suggest that he lived 56 years. According to researcher M. Islamgaliyev, Ayteke bi is buried in a family crypt in the place called “Nurata-tau”, situated near Samarkand.

It is well known that Ayteke bi was a contemporary of Tole bi and Kazybek bi.

A tribe “Tortkara”, as well as other tribes, belonging to the Junior Zhuz because of the incessant struggle for power, often turning into wars, between the offspring of the ruling dynasties, had to move to the south territories of Qazaqstan. That’s why Ayteke bi spent most of his time in the steppe between the Syr Darya and the Amu Darya rivers, on the possessions of the Turanian state formations with the centers in Bukhara, Samarkand and Urgench.

The direct ancestors of Ayteke bi were famous in the Great Qazaq Steppe. His ancestor Oraz bi (1299-1385) was one of the closest advisers to the founder of the Turanian state, Timur Khan. He made Samarkand a capital of his state. After Timur Khan and Ulugbek, the third famous ruler of Samarkand, Zhalantos was considered the grandfather of Ayteke Bi.

Ayteke received a very good education, he studied at the famous Ulugbek Madrasah and successfully graduated from it, mastered a number of oriental languages, including Arabic, Persian and Turkic. From the early age, he took lessons of being bi in the Zhalantos family. He was fond of the art of interior design of the famous Samarkand Muslim temples. He attended the receptions with ambassadors from far-abroad countries.

Ayteke bi became known and respected by people thanks to the experience, he gained during his life. Big and small, close and distant rulers of tribes sought counsel from him on different issues. Even statesmen and military leaders took legal advice from him. Thus, he turned into an interpreter of the Great Steppe’s laws. To stand up for truth and justice was a goal of his life.

Ayteke bi, together with Tolebi bi and Kazybek bi, formed a pool of main advisers of Tauke Khan. It was a very rough time for Qazaq people. They were together with Tauke Khan and other national leaders during the years of searching for ways to mobilize the forces of the people and out of the general political crisis. As a result, three Qazaq bis, representing three Qazaq Zhuzes developed a set of laws called the “Zheti Zhargy”. Bis (judges) never had assistants with appropriate knowledge, except messenger-boys. They fulfilled functions of an expert and estimator in the area, that touched upon the case themselves.

Ayteke bi's professionalism is seen in the below-mentioned examples of his court judgements. It should be noted that the objects of disputes generally were a death of a man and issues related to a cattle (a horse, a one-humped camel) and a woman.

“The debate about the female fox”

One day, two elderly hunters, arguing over a fox, came to Ayteke bi. Both of them claimed it. They asked Ayteke bi to decide whose trophy was that fox.

The first hunter started to explain the affair. He said: “I have been guarding this fox in the area of its hole as the summer starts. I was waiting the time when the fox would have a thick coat. Appropriate time should come next month. He, in other words the second hunter shot it in the same area, but far enough from its hole”.

The second hunter answered: “I have traced this fox and shot it. It has been a wandering fox for me, so the fox belongs to me”.

After clarifying all the details, having examined the corpse of the animal, Ayteke bi showed his acumen, announcing such a judgement: “If it would be a male fox, then I would say that it is a property of the one who tracked it down and killed it. Because only male fox loves a wandering life. But, as far as we see it, the fox is female, it means that it’s owner is the one who guarded its den. The reason for that is the female fox usually stay near to the den, but males are known to go as far as 150 miles away!”.

They say that the hunters themselves and people who heard about the story were under a very deep impression of the judgment done by Ayteke bi.

“The Debate about the One-Humped Thoroughbred Camel

Returning to Its Homeland”

Two years later, this camel came back to its master, having covered a considerable distance, more than five hundred 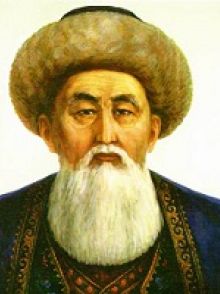 kilometers with a wide river on the way. The camel’s long way home was very difficult. Qazaq nomadic herders were aware of the specific nature of “nars”. The female nar called “Aruana” in Qazaq language gets used to its cattle camp and master so much that in a foreign land it adapts with difficulty and often returns its home. People say, that such nars will do everything just to die at home.

The new master noticed the unusual behavior of Aruana. Moreover, it became pregnant in the first year. The Turkmen landlord conducted a full control over it. Experienced people knew that Aruana never grazes fresh green grass in the field alone during its pregnancy, and after childbirth is strongly attached to its camel.

But one night, when Aruana’s baby camel became a little older and stronger, the mother camel took its baby and escaped from the Turkmen landlord. On the way to Great Qazaq Steppes they were caught up by a Turkmen’s man on horseback. He tried to catch the baby camel with a net. The baby camel started to shout. Aruana trampled to death the horseman, freeing the baby camel from captivity. The fugitives continued on their way. But they had to cross the wide river.

Being scared of water the baby camel opposed to make a step into the river. Distant sounds let Aruana know that very soon other horsemen would arrive. After failed several attempts to force the baby camel to cross the river, Aruana knocked down its baby and trampled to death. The camel did not want to give its baby to Turkmen horsemen. In a few minutes Aruana crossed the river and very soon found itself on a native land.

This case made worse relations between neighboring countries: Turkmenistan and Qazaqstan. The Turkmens requested that Aruana be returned to them, besides that, they required payment for the death of the horseman and for the death of the baby camel, since, according to them, these dramatic events occurred on the territory of the Qazaqs, and they were committed by Aruana who had an intention to return to its Homeland, and therefore “its Homeland, Qazaq state” should take full responsibility for what happened before and recover costs of Turkmens.

The Qazaq party made its claims and refused to fulfill the requirements of the Turkmen party. As the conflict grew more violent, people were afraid of outbreak of armed conflict between the Qazaq tribes and the Turkmen tribes. The parties could not find out a mutually acceptable decision for several months until they agreed to apply for advice to Ayteke bi.

Ayteke bi, having in mind an intention to calm nervous and angry people, asked the front men of both parties to give answers to the below-mentioned questions:

Ayteke bi’s speech, addressed to the persons involved in the process and people, who followed the situation relieved their tensions and let him to work out his plan: he provoked and revived a feeling of compassion for the camel, which dared to return to its Motherland, resigning from her baby.

After listening to trial participants’ opinion, the answers and speeches of the front men of the disputing parties, Ayteke bi announced his resolution:

a) the original owner of Aruana retains the camel himself with the payment to the Turkmen party of its sale value,

b) taking into account that Aruana suffered from the loss of its baby camel and needs more time to recuperate, a cost equal to half its previous value is to be deducted from the compensation to the Turkmens,

c) the loss of life by a Turkmen horseman and a baby camel occurred in the Great Steppe is to be considered as thier destiny.

People say, that Ayteke bi concluded his speech as follows: “Aruana has earned the desired life and its behavior should bring together Qazaq and Turkmen peoples”. This decision, made by Ayteke bi put an end to the continuing dispute.