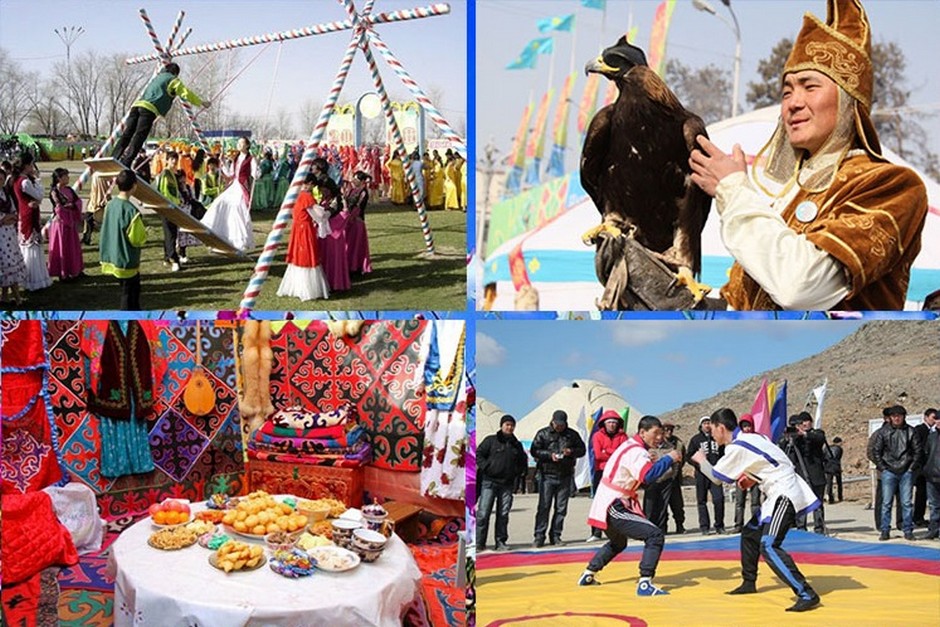 Nauryz is official holiday in the Republic of Kazakhstan. During the course of history Nauryz became a symbolic Kazakh New Year in Kazakhstan.

Nauryz is official holiday in the Republic of Kazakhstan. During the course of history Nauryz became a symbolic Kazakh New Year in Kazakhstan. Nowadays it is one of the most favourite holidays in Kazakhstan. Kazakhs also often refer to Nauryz as «Ulystin uly kuni» which means «the great day of the nation». 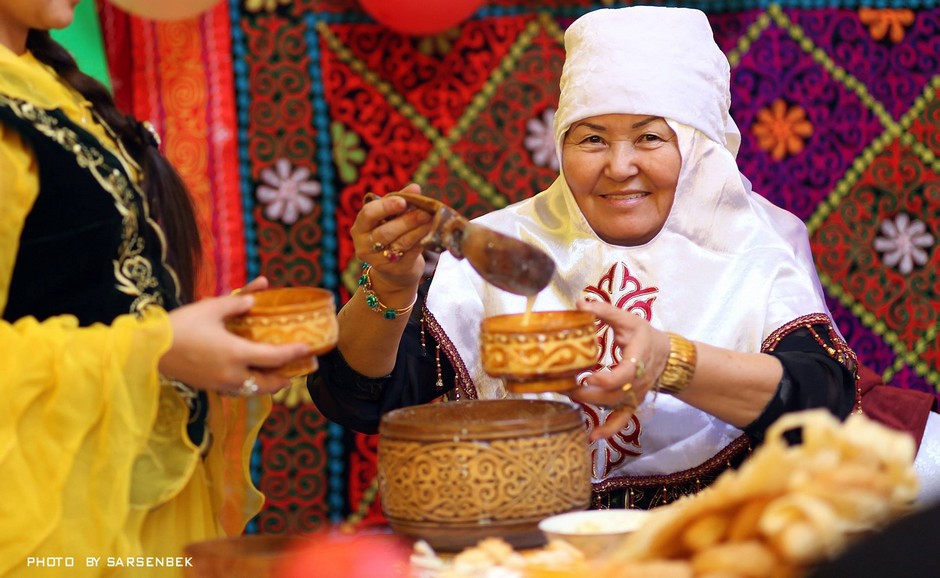 As we approach to the holiday of Nayryz, we present 10 interesting facts about it:

1. Nauryz is one of the most ancient holidays. It is celebrated for over 5 thousand years.

2. The holiday is not religious. It takes origin from Pagan and Zoroastrian cultures.

3. The celebration in Mangystau and Atyrau regions begins from March 14 and has a name «amal». By the way, its traditional element is the ritual «korisu», when everyone should great each other by handshaking and say «Zhyl kutty bolsyn!».

4. Newborn babies are usually given names derived from the word «Nauryz», for example, Nauryzbay, Nauryzgul and others.

5. In ancient times, weather change was treated by people as special signs sent from above. So if it snows in Nauryz, it was considered as a good sign. 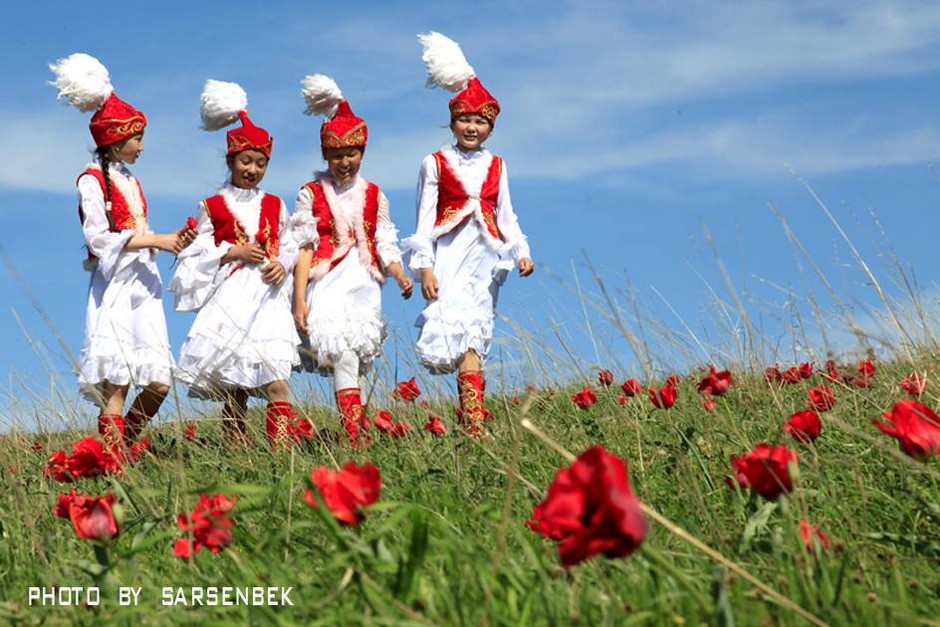 6. For centuries, the beauty of women was compared to the snow that fell on Nauryz. White, clean, soft and flaky snow embodied the beauty of gorgeous women.

7. According to the eastern legend, midday spirit which brings healing to the blind and unable, and peace to waging war. It is the end of wintering and preparation to the summer season. All of this made Nauryz a great people’s holiday for nomadic Kazakhs.

8. The day of vernal equinox is celebrated in Kazakhstan, Azerbaijan, Kyrgyzstan, Russia, Turkmenistan and Uzbekistan in the post-Soviet space and from far-abroad countries — in Afghanistan and Iran. 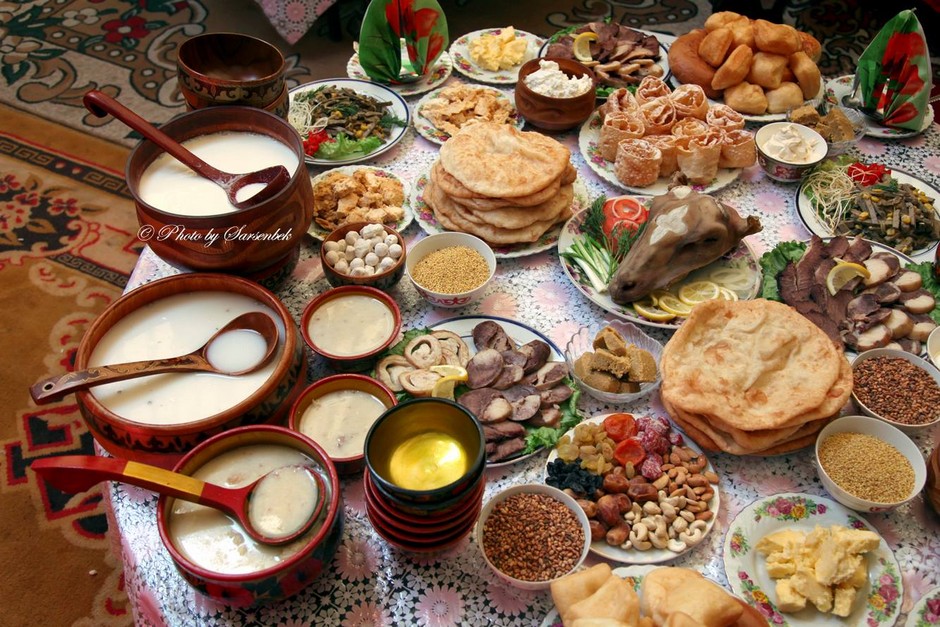 9. It is considered to visit 7 houses on the 22nd of March, which contributes to the success and prosperity.

10. Earlier, in ancient times, Nauryz was called holiday «Ulys» and symbolized the beginning of the new year for the steppe people. On the 22nd of March, the nomads celebrated it on grand scale; laying table so that is was heaped with food. By the way, according to the mythology from March 21 to 22, the old man Kadyr walks around. He plants trees, send people happiness and prosperity. The land becomes fertile and even stones can melt and turn into life-giving water.

Author: Altynbek Khumarzakh
Use of materials for publication, commercial use, or distribution requires written or oral permission from the Board of Editors or the author. Hyperlink to Qazaqstan tarihy portal is necessary. All rights reserved by the Law RK “On author’s rights and related rights”. To request authorization email to mail@e-history.kz or call to 8 (7172) 57 60 13 (in - 1163)
Қазақша Русский English
MOST READ
Month Year
Recorded history of Kazakhstan. Part 2
Heroic mothers of the great steppe
How had the World War II been started?
Philosophy of the Emblem
14 monuments at Tekturmas
The rural akims: the country's hope is in the elections
Kazakh historical drama Tomiris premiered in Istanbul
Stolypin about the worries and hopes of immigrants to the Kazakh steppes
ALASH IDEA IS THE PROTECTION OF KAZAKH STATEHOOD
A tireless explorer of the Kazakh land
SWITCHING TO THE LATIN ALPHABET – UNITE ALL KAZAKH PEOPLE
Kunaev Dinmukhamed Akhmedovich
People who eat horses will kill you
Materials on theme
"The Portal "History of Kazakhstan": the concept and experience of systematization of scientific and educational web content"
The third depiction of Attila was found in Vatican
Mangistau yurt could be included to the UNESCO
Ancient cities of Kazakhstan: “Taraz. Through the milestones of millennia”