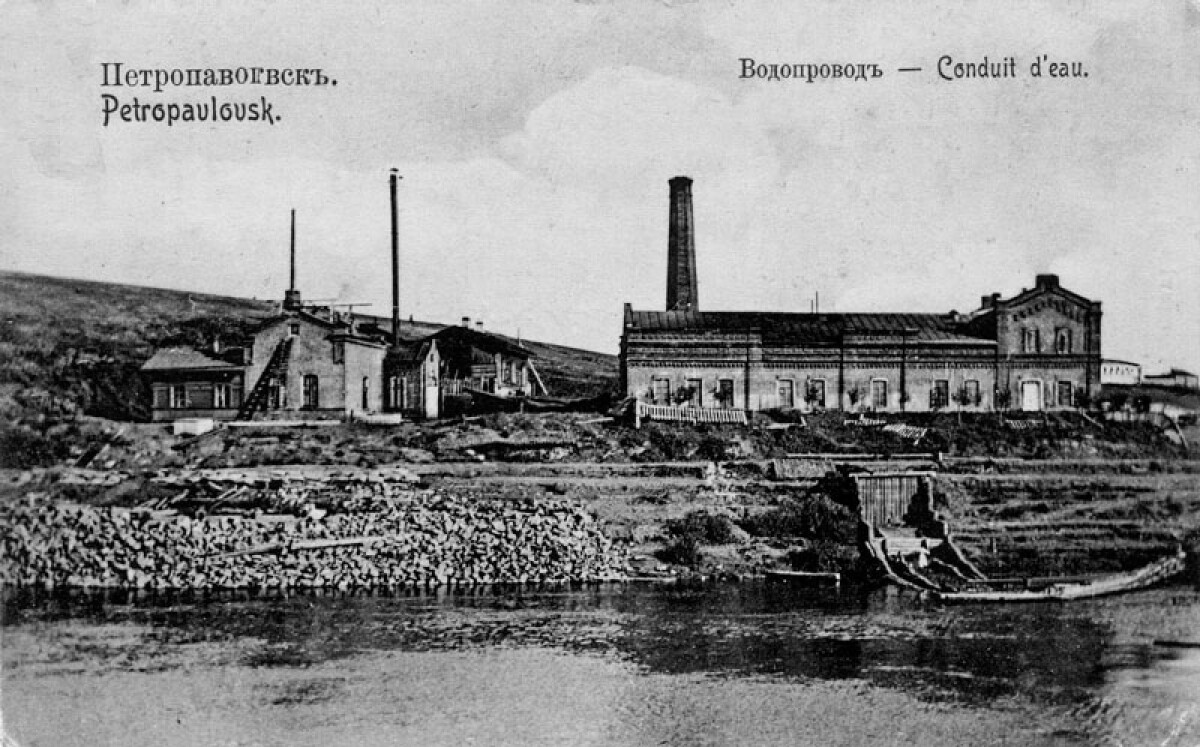 Petropavlovsk is the very northern city of Kazakhstan. The peculiarity is in its geographic position, historical heritage and unique architecture view.
The city has its own traditions, preconditioned by its multinational population.For the years of the existence Petropavlovsk changed not only its image, but also its meaning and mission. It was the combat outpost at the boundary of the tsarist Russia, place of fairs conduct, a huge railway station on way to Siberia.

In 1854 by Tobolsk provincial government the city architect was assigned. The first general plan of Petropavlovsk was developed in 1858, however, it needed the significant correction, and in 1861 it the new linear plan of the development of Petropavlovsk was confirmed. According to this plan the city was situated, mainly, in the mountainous part and was built initially in southern and eastern direction, the building was provided for the main street of the city (Pushkin street) and several parallel axes. Besides, the building of northern-eastern suburb was planned. In 1868 in Petropavlovsk there were 39 streets and 30 passes, 79 stone and 1394 wooden houses, 319 trade shops.

As a result of the realization of new plans even more the tracks of defense construction disappeared, and the city gained city-planning features, peculiar for the majority of neighboring cities. Herewith, the system of placement of various business strictures depending on economic conditions. Along with the types of buildings, being famous before, in the city they started to raise new buildings — provincial estates of rich merchants. Merchant houses represented the complexes of brick buildings including: the host’s house, office and storage facilities, horse stable.

A quick growth of the city started with the introduction into exploitation in 1894 of Trans-Siberian main railway line. The city industry which appeared because of the processing of agricultural raw material, developed and enlarged. In 1990 the area on which Petropavlovsk was located was of about 7 sq.versts, and the number of population was 21750 people conceding only to Semipalatinsk in Kazakhstan. The industrious enterprises lasted half-artisanal, where the hard manual labour, primitive technology prevailed. The basis of local «industry» was the sheep, rendering, leather, wool scouring and other factories. The single huge enterprise of the city was the conservation plant, built in 1915 for the army needs. Certain development gained the flour milling, 6 steam mills appeared.

For the years of the Soviet regime the first general plan of the city building was confirmed in June 1959 by the Council of Ministries of the Kazakh SSR. However, there was not enough of building powers and the plan realization went by point contact method — the building of separate houses. Introduction into the action of integrated house-building factory allowed to increase the volume of construction dramatically. In the northern direction at the free places the micro-districts — Youth, BZh, Northern district, Borki were built. In 1984 the Council of Ministries confirmed the new general plan, which proceeded the basic statements of the previous plan in northern-eastern direction. For a short period the huge blocks — 19 and 20th micro-districts were built.

To a large extent, thanks to the general plans of the building of the regional center the historical center of Petropavlovsk with whole blocks of houses of 19 and 20 centuries preserved.

In a word, the history of one of the oldest cities of Kazakhstan contained much — both pre-revolution period and the years of the Soviet regime, and the hard times of the Great patriotic war, and flooding of the virgin epic, and formation of the independence of the Republic. Not only on the yellowish photos — on the memory of many residents of Petropavlovsk its building diversity.

The monuments of architecture of the city are related to different architecture styles, that is they were constructed at different time and on different purpose. However, for all the monuments the following things are specific: a small useful area, huge building and significant volume of similar and storage premises. Numerous objects have the attractive art-decorative finishing: «Abylaydyn ak uyi». Abylay’s White House, the estate of the merchant V.T.Svetlinsky, the building of the police station, trade house of Shamsutdinov, complex of buildings of regional historical-local museum (houses of merchants Arkel, Strelov, Dmitriev, etc.).

Such monuments of architecture of manufacturing facility as Muratov’s mill, Polyakov’s mill, locomotive depot, water-pumping tower, water-engine , old station of the station Petropavlovsk and others are noteworthy.

From the buildings of the architecture of cult designation Pokrov cathedral (St.Peter and Pavel), Khalit Yangurazov’s mosque, church are presented.

In the stylistic regard, the monuments of the architecture of Petropavlovsk do not represent any certain bright architecture direction.

Majority of residential, manufacturing estates and outbuildings in Petropavlovsk Ishim area are of wooden architecture. Five-walled houses, more seldom intersecting houses with rich artistic cutting above windows, gates are peculiar. In the city there are two-storey buildings. In many of them the first floor is in the stone, and the second one in the wooden accomplishment.

The image of today’s city formed under the conditions of reconstruction of its old streets and squares. Houses, having historical and architecture value, decorated by the wooden cutting and stucco work in an elaborated way were also preserved. Many of them are already restored and continue to decorate the city, giving it the unique colouring.