Home News Other Traditional life in the steppe: national rites after baby birth

Traditional life in the steppe: national rites after baby birth 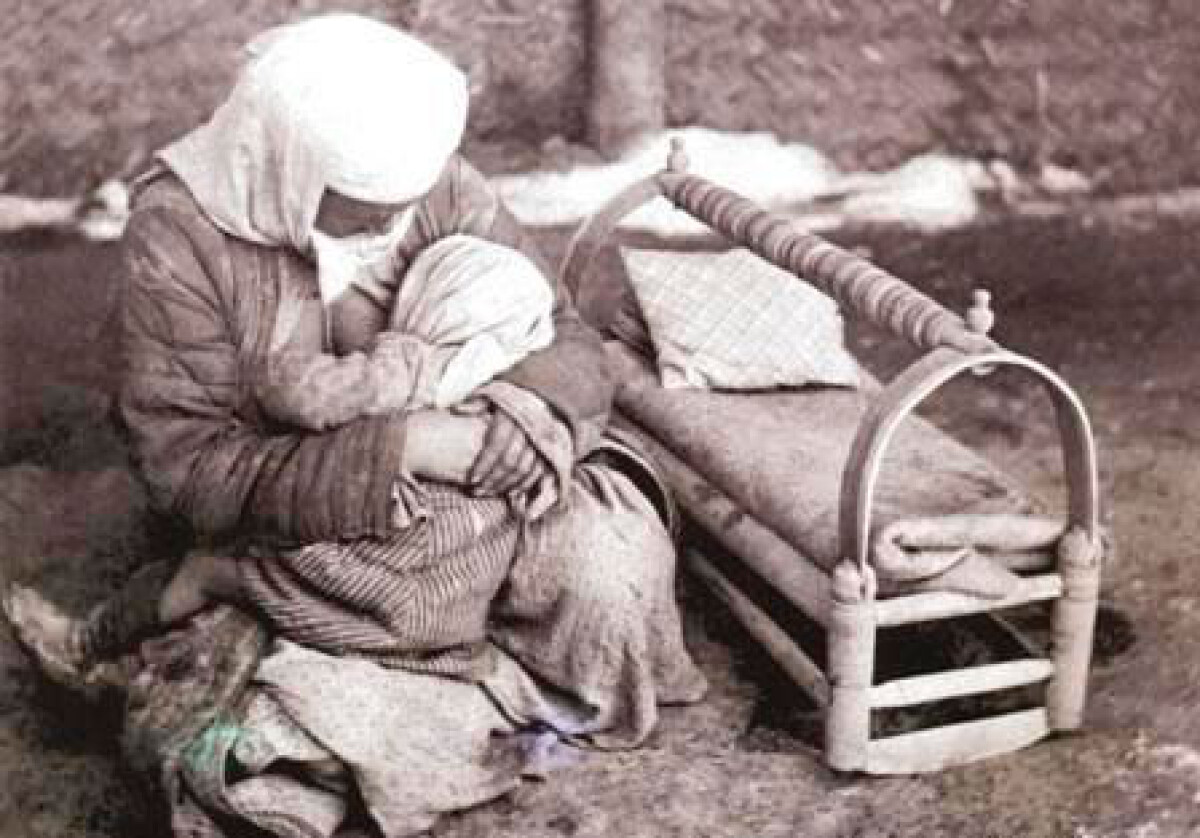 Kazakhs had their own, unique customs dedicated to the celebration of the first days of the newborn child.
Kazakh traditions connected with the newly born baby depict to a certain extent the close ties with nature and way of nomadic life in the steppe.

Kalzha — ritual treat of the mother after the delivery. The dish was supposed to be given to the just given birth daughter for the recovery of strengths. It was her, for whom it was prepared and she was the first to taste the hot broth and only then the rest were treated.

For that occasion a young sheep was sacrificed and it was cooked (boiled). The neck part of the sheep was of great importance. The female guests bit the meat form that neck with their teeth, at that, the first to bite was the confined woman and the last one was the midwife.

After the meal the bone was not thrown away, it was spitted on a stick through its spine-brain channel, wrapped into a white piece of cloth like a doll and hung on a hook of the wall (kerege) in the women’s part of the yurta. And was not put away till the child could hold its head itself. After the first bathing the child was dressed into «ot koilek» (dog’s shirt) and was put into a «besik» (cradle). This custom was not trusted to any woman, only to a healthy, smart woman, who knew all the traditions and was very much respected in the aul; she was covering the child with seven things: special made blanket, then a dressing gown, kebenek (fur-coat), other type of fur coat, horsecloth and finally on the top was put a bridle and a whip. Each of these things had certain meaning. The dressing gown — for the child to be respected among people, the fur coat and the horsecloth — to be rich, the bridle — for the child to grow quickly, and kebenek and a whip for him to become a defender of the people’s interests, and many other rituals. For example, an eagle’s pounce was tied to the cradle and while it was done, they were saying: «Let him be skillful as an eagle», or as they hung a lash across the cradle, they wished: «let him be unconquerable in baiga (horse races), let him always be riding a tulpar (good racer)», etc. After that, everybody fell silent and in the utter silence the child was put into the cradle. It was not allowed to speak or make any sounds in fear of the child to become a crybaby or a sneak.

As soon as the child turned forty days, another custom was done — «kyrkynan shygaru». For that purpose all women gathered together and bathed the child in salty water. After bathing they poured the child with 40 spoonfuls of the ritual water, the bowl was filled with silver coins and silver adornments — as presents for those women who were participating in the sacred deed. By the end of the 40th day, the child’s hair and nails were cu for the first time. The Kazakhs believed in the sacral power of hair and in order nobody could dominate over them, they saved every single hair, gathering it into a plait, which they put at the head of the bed of a dying person by the end of his life. For the same reason, nails and teeth were dug into some secret place, believing that they will need them in the better world.

All participants of the 40 days ritual were presented with gifts; one of the obligatory rites was the spread of 40 round cakes, specially cooked for the occasion.