The second convocation and equality of political parties (1999-2004) 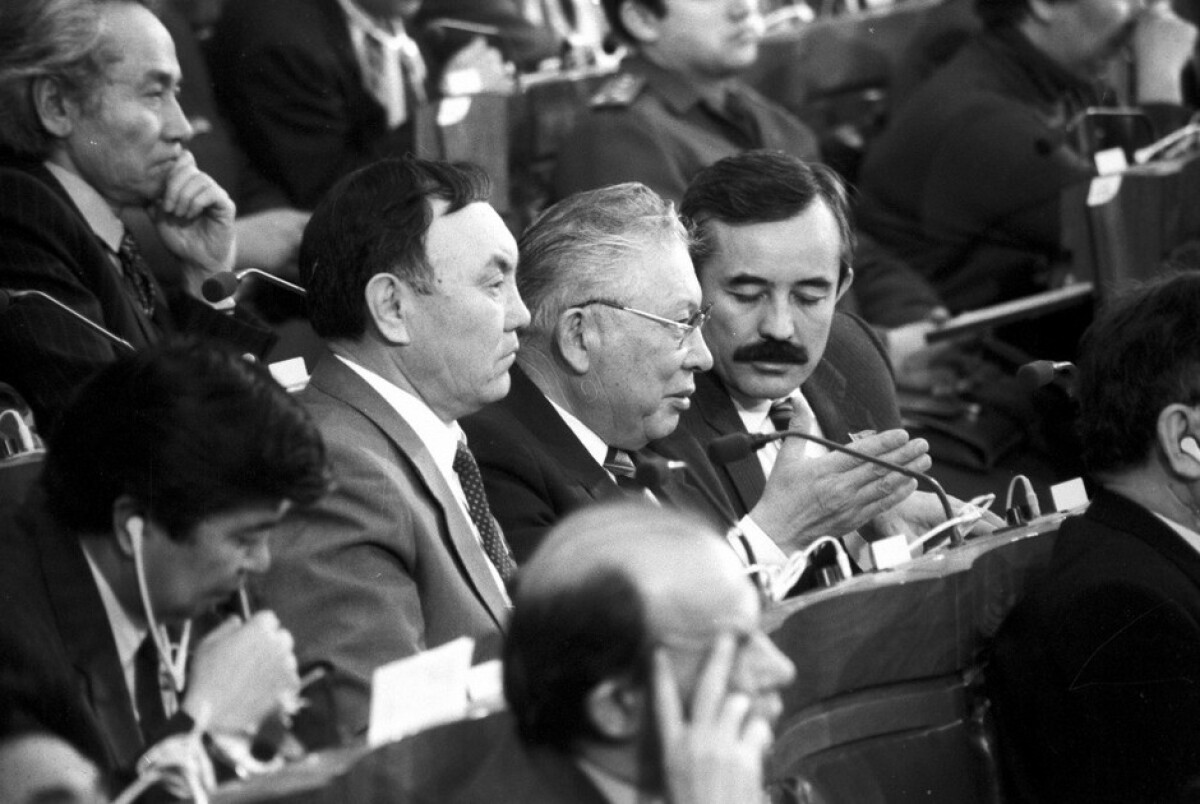 In 2003 the Senate comprised 39 deputies. Three women were among them. All the deputies had higher education, including 9 — lawyers, 6 — economists, 11 — engineers, 7 — agrarians, 6 — teachers, political scientists, journalists.

Four academicians, six doctors of sciences, three professors, and three candidates of sciences were in the composition of the Senate. Majority of the deputies of the Chamber had an experience of law-making, diplomatic activity, an experience of leading work in central and local state authorities, in scientific-research organization, industrial, socio-cultural and entrepreneurial spheres.

Most of the senators were formerly elected as deputies to the Supreme Soviet and the Parliament of the Republic of Kazakhstan of the first convocation.

Chairmen of the Senate of the Parliament of the Republic of Kazakhstan of the second convocation were elected — Abdykarimov Oralbai (worked until termination of his deputy authorities on 10 March 2004) and Abykayev Nurtai (since 10 March 2004).

In autumn 1999 in accordance with introduced constitutional amendments, for the first time in the region of Central Asia, the elections on mixed scheme to the Mazhilis of the Parliament of the Republic were held. The scheme afforded the possibility for political parties to be elected to the Parliament as to party lists on the basis of proportional representation.

As a result of innovations, elections differed by high political tension and alternativeness, stimulating the process of creating political parties of parliamentary type. Ten political parties participated in the elections. 547 candidates were registered in majority one-mandatory constituencies. On the whole in the process of elections, unprecedented number of candidates — on average, 8 people for one place at that period for Kazakhstan were nominated.

As to results of the elections to the Mazhilis of the Parliament 67 deputies in one-mandate constituencies and 10 deputies from parties in united national constituencies were elected. They represented four parties «Otan» (motherland), Civil, Agrarian and Communist Parties which had overcome seven per cent barrier.

There were 8 women out of 77 elected deputies, 74 — of them with higher education, about 30 deputies graduated from two higher educational institutions. One Academician, seven Doctors and twenty candidates of sciences of different specialities were among them.

30 — engineers, 22 — lawyers, 16 — economists, 14 — teachers, 8 — scientists and the specialists of agriculture, a journalist, a doctor, a historian, a manager, a military man, a specialist in international relations and other were in the composition of the Deputy corps.

Tuyakbay Zharmakhan Aitbaiuly was elected a Chairman of the Mazhilis of the Parliament of the Republic of Kazakhstan of the second convocation.

Used materials: from official website of the Parliament of RK