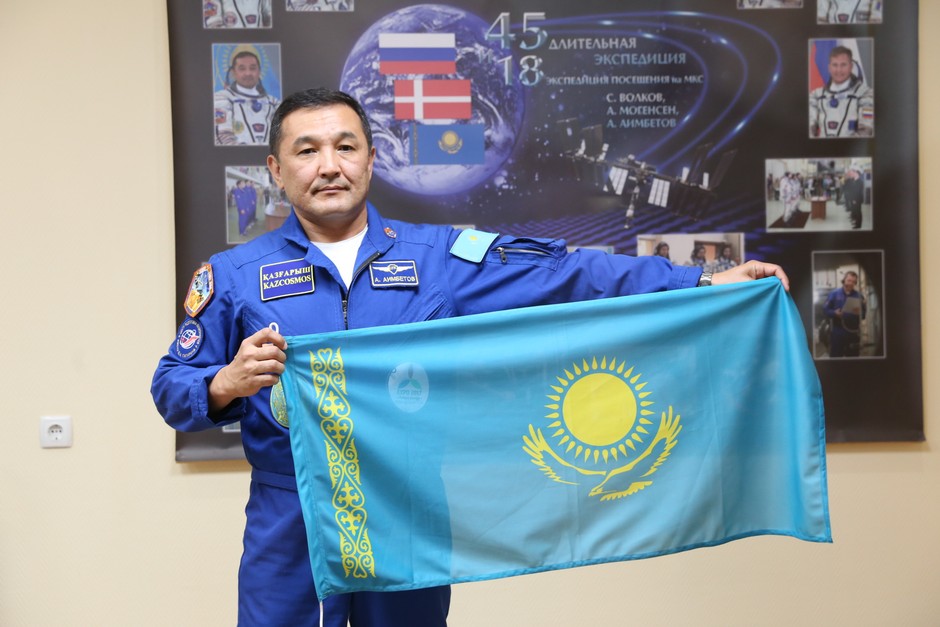 The name of the third Kazakh cosmonaut is embossed in golden letters in the history of Kazakhstan. His name is Aidyn Aimbetov

On September 12, the Head of the State has met the crew of international spaceship «Soyuz TMA-16M» and held a short briefing with media representatives. The international crew included Kazakhstan’s cosmonaut Aidyn Aimbetov, Russian cosmonaut Gennady Padalka and Danish astronaut Andreas Mogensen. The incoming flight of the landing section of the spaceship with the international crew was in 146 km on the south-east from Zhezkazgan at 6:51 by Astana time. Without losing any time, he underwent a medical examination and went to Astana. The third Kazakh cosmonaut was greeted with ovations in the international airport of Astana. Then, the President of our country N.A.Nazarbayev met the cosmonauts on the red carpet and held a short briefing. 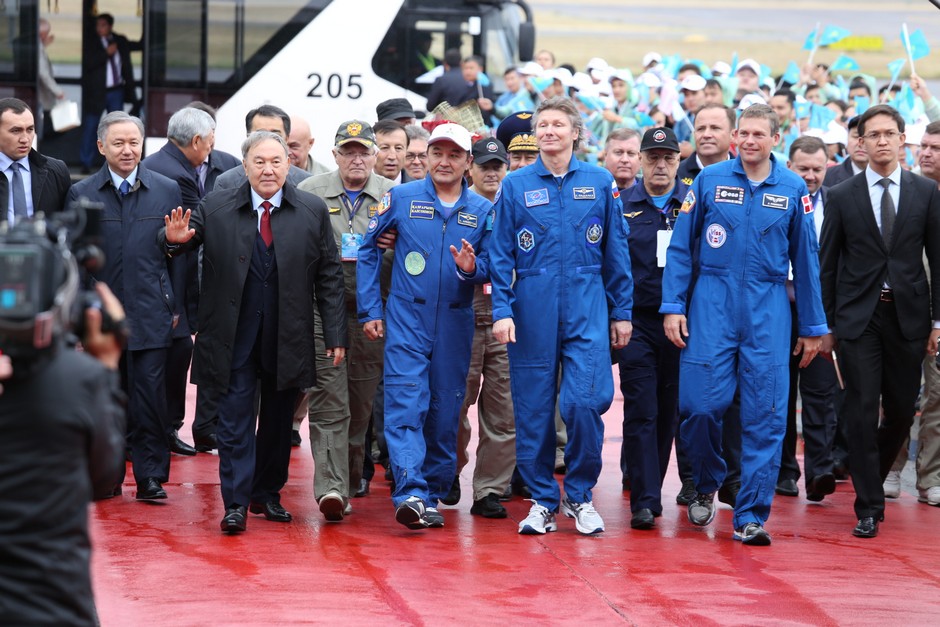 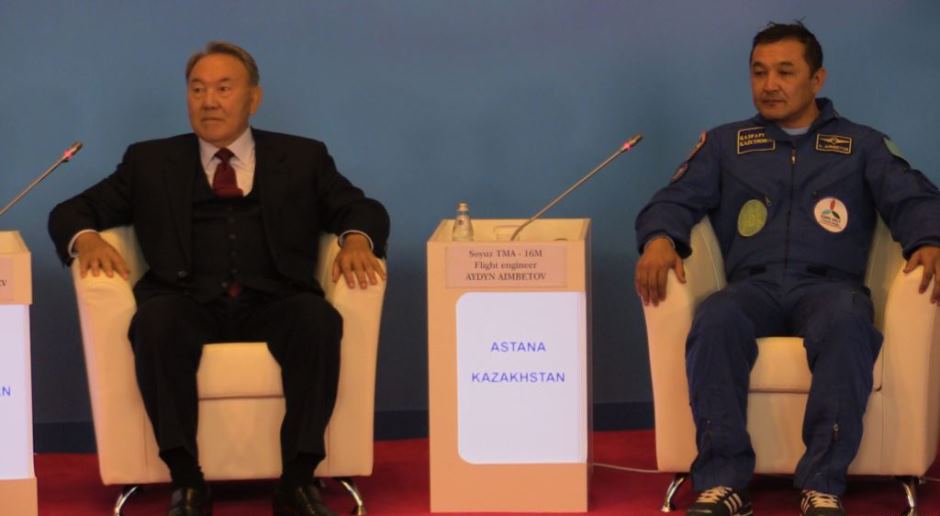 «We are one of the few countries, which launches cosmonauts into space. Our cooperation with the Russian Federation on the launch site „Baikonur“ gives us such opportunity. All costs and expenses in space are not paid off, but the entire world aspires to explore space. It promises vast benefits for scientific-technical progress. Among many states, which would like to participate, we are not the only one, one of these few, which launches cosmonauts into space. Not one, but three. Our cooperation with the Russian Federation gave such results on the launch site Baikonur. The issue is not in today’s benefits. We congratulate Aidyn Aimbetov, who has not just flown, but also has implemented scientific missions. They are very necessary and important. Four satellites are flying in the satellite trajectory. We have launched them», concluded the Head of the state — N.A.Nazarbayev. 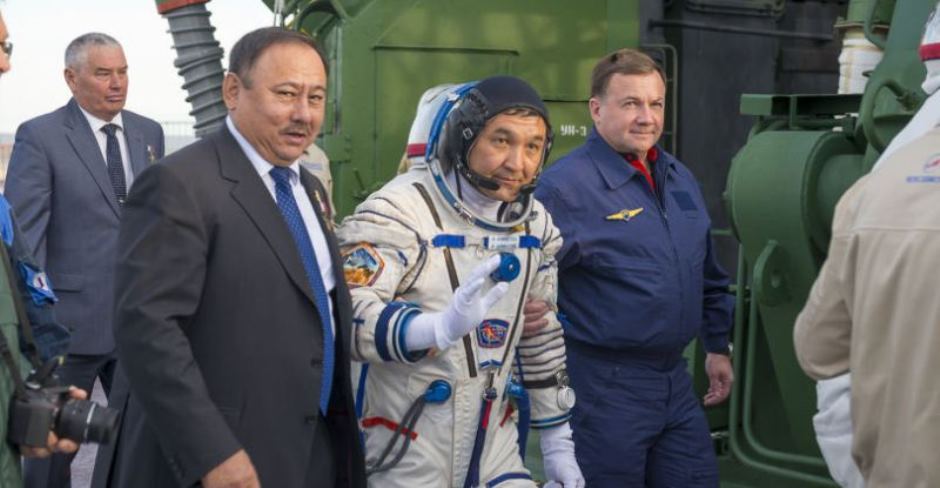 «Today one more Kazakh cosmonaut Aidyn Aimbetov has flown into space and successfully returned to his native land. We have met him on Zhezkazgan steppe. I am proud that as the Head of the „Kazkosmos“ I completed the work, that we have been preparing with the team — launch of one more Kazakhstan’s cosmonaut. A very big and scientific program is implemented», — said Head of «Kazkosmos» Talgat Mussabayev, adding that Kazakhstan’s cosmonaut will hand the State flag over to the President. 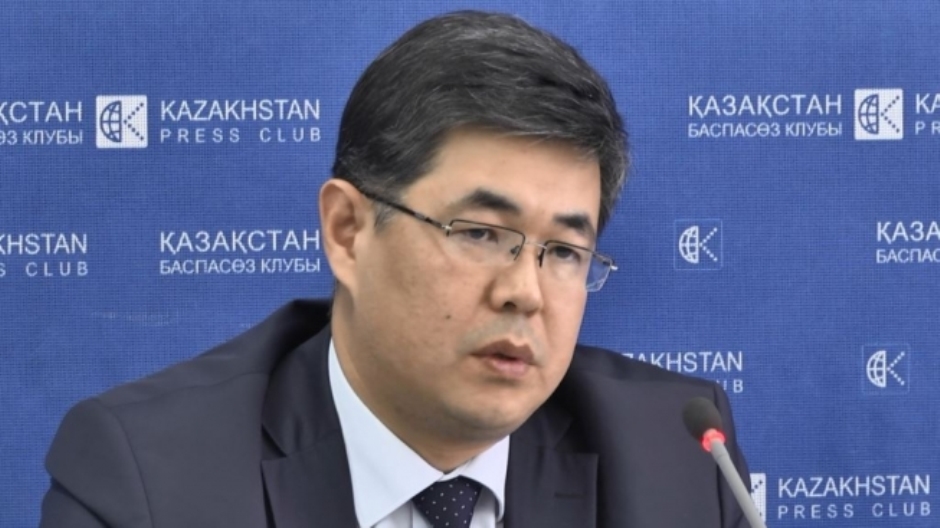 «It is early to speak about the results, because the number of experiments was held, which should be processed on the Earth. These are scientific experiments, that need time», — Said the President of the National Center for space technologies of Aerospace Committee of the Ministry of investment and development of RK Zhumabek Zhantayev.

According to Zhantayev, A.Aimbetov implemented a scientific program, consisting of 8 experiments and two so-called propaganda. «These experiments are devoted to four scientific research directions. It is a monitoring of anthropogenic impact on the territories of the Caspian region, mountain regions with glaciers in order to create climatic conditions. On the other hand, the monitoring of pipelines for transportation of hydrocarbons was held. These are areas of shelf zones, where a large number of suspended wells are located. It is Aral, you know that the territory is tensional, from the view of disappearance», said Zh.Zhantayev. 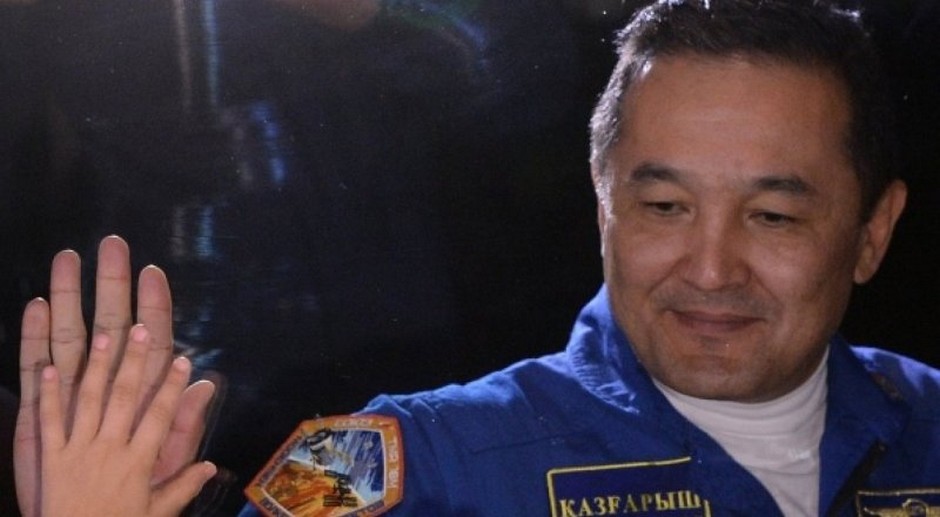 -It is a special and happy day for me because my father became the third cosmonaut in the history of Kazakhstan. I have no words to express my joy. I am proud of my father. When I saw my father in the space capsule, I shouted «Dad!». I have not said anymore. My father was delighted and smiled. I want to be a cosmonaut too. That is why I will learn and work on myself — shared his emotions a son of the third Kazakh cosmonaut Amir Aimbetov.

It should be pointed out that Aidyn Aimbetov is the third Kazakh cosmonaut and the first cosmonaut of independent Kazakhstan. The Kazakh cosmonauts who previously flew into space are Toktar Aubakirov and Talgat Mussabayev. Toktar Aubakirov is the 72nd (and the last) cosmonaut of the USSR, the first cosmonaut of Kazakh nationality. Major-general of the Military Air Forces of Kazakhstan flew into space with Alexander Volkov (commander of the crew at the start) and Austrian cosmonaut Franz Viehboeck as cosmonaut-researcher of the spaceship «Soyuz TM-13». During the week he worked on the board of the orbital complex «Mir». Duration of staying in the space lasted for 7 days 22 hours and 13 minutes. October 10, 1991 he returned on the earth with Anatoly Artsebarsky (commander at landing) and Austrian cosmonaut Franz Viehboeck on the board of spaceship «Soyuz TM-12». Talgat Mussabayev is the 79th cosmonaut of the USSR/Russia, the 309th cosmonaut of the world, the second cosmonaut of Kazakh nationality. He has made three flights into space, the total duration of staying in space — 341 days 9 hours 48 minutes 41 seconds.

Use of materials for publication, commercial use, or distribution requires written or oral permission from the Board of Editors or the author. Hyperlink to Qazaqstan tarihy portal is necessary. All rights reserved by the Law RK “On author’s rights and related rights”. To request authorization email to mail@e-history.kz or call to 8 (7172) 57 60 13 (in - 1163)
Қазақша Русский English
MOST READ
Month Year
Recorded history of Kazakhstan. Part 2
Heroic mothers of the great steppe
How had the World War II been started?
Philosophy of the Emblem
14 monuments at Tekturmas
The rural akims: the country's hope is in the elections
Kazakh historical drama Tomiris premiered in Istanbul
Stolypin about the worries and hopes of immigrants to the Kazakh steppes
ALASH IDEA IS THE PROTECTION OF KAZAKH STATEHOOD
A tireless explorer of the Kazakh land
SWITCHING TO THE LATIN ALPHABET – UNITE ALL KAZAKH PEOPLE
Kunaev Dinmukhamed Akhmedovich
People who eat horses will kill you
Materials on theme
The history of moving of Azerbaijanis to Kazakhstan
A unique exhibition devoted to the art of the Kazakh koshmodeli was opened in Astana
The Year of the Assembly of People of Kazakhstan launched in Astana
Lithuanians of Kazakhstan