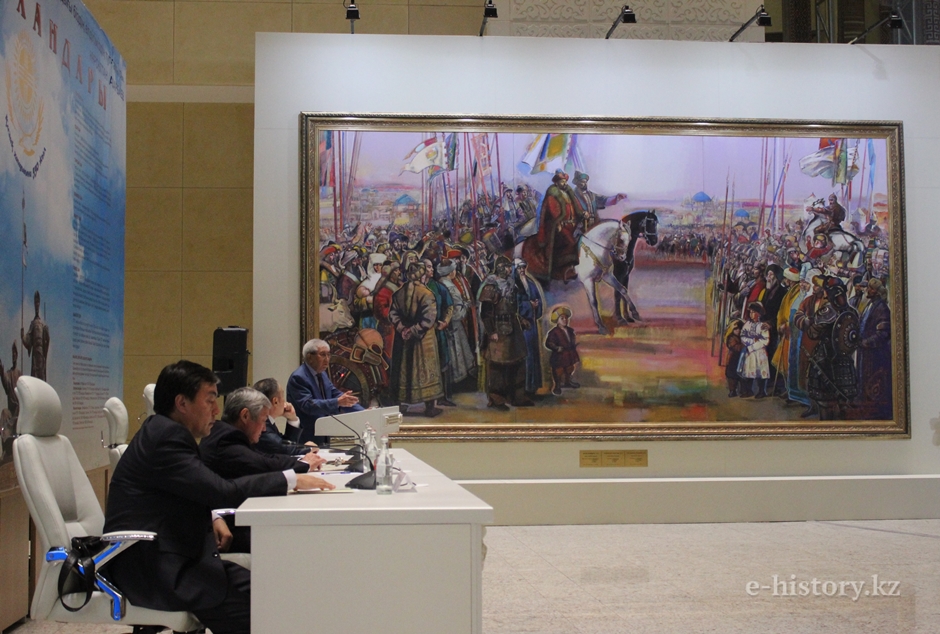 The triptych "Mangilik Yel" was presented at the National Museum of the Republic of Kazakhstan on 22 July 2015. 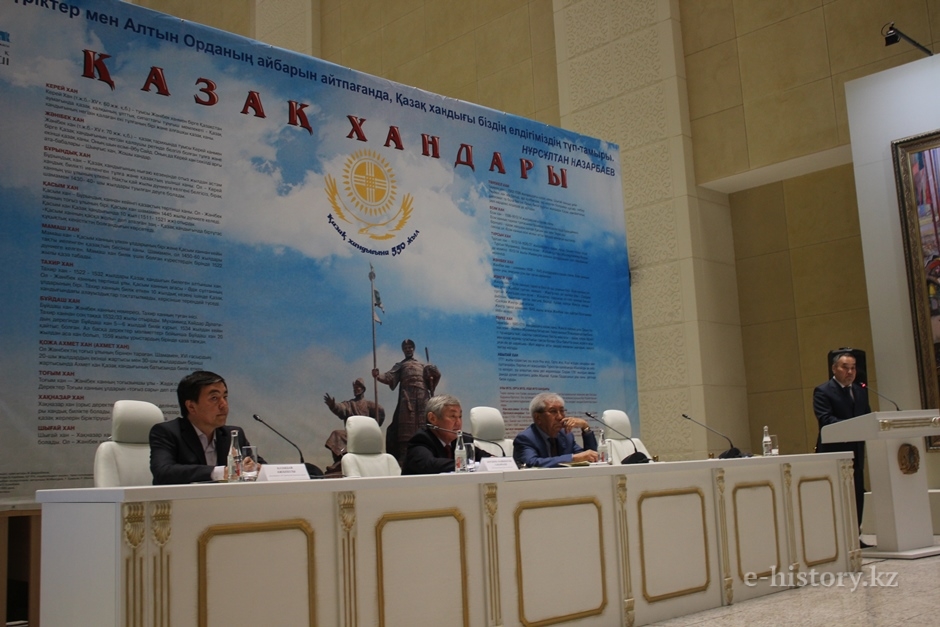 We remind that a triptych is a work that consists of three different images that usually relate in some way or have a common idea. A group of artists from Kazakhstan under the supervision of Yerbolat Tolepbai, a famous painter and laureate of the National Award, worked on the set of pictures entitled "Mangilik Yeal" for several years. 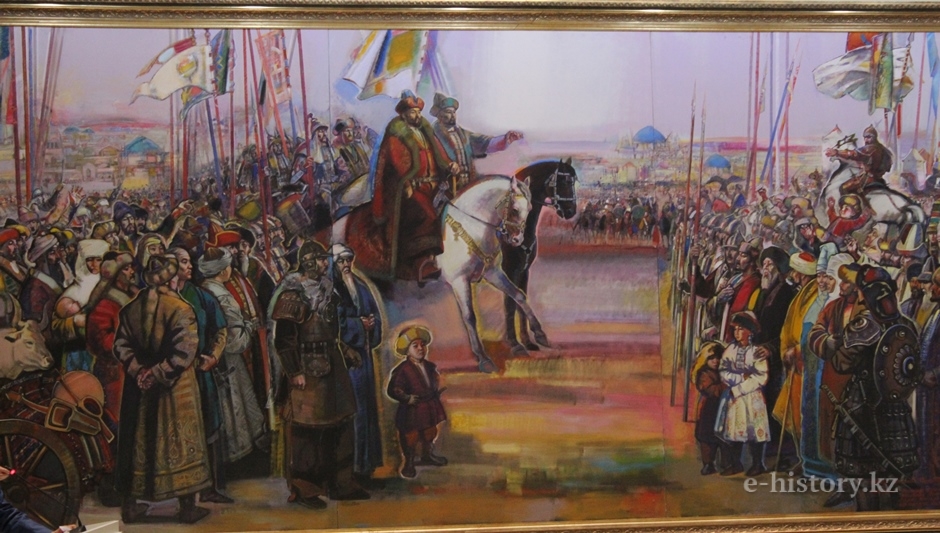 Each picture in this set has its special meaning and style. The first part of the triptych "Mangilik Yeal" is based on images of founders of the Kazakh Khanate — Khans Zhanibek and Kerei. The work is distinguished by a compound multi-image composition and historical storyline. The work depicts the meeting of the Kazakhs that launched the process of integration of Kazakh clans into the single state — the Kazakh Khanate. 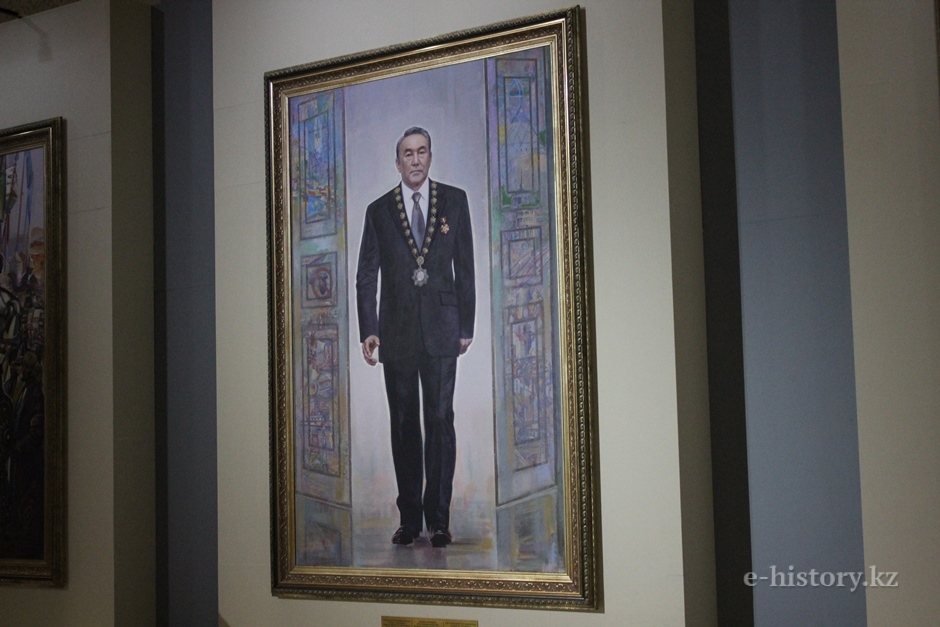 The central element of the triptych is an image of the first President of the Republic of Kazakhstan, Nursultan Nazarbayev, moving to a new space. This is a symbol of a historical line between the 20th and 21st centuries. The main idea of the work is to create an image of a man who is able to lead people, consolidate the nation and protect the state from crises and shocks. The authors created the image of the First President through his significant political activity. The bright and rich colours of the picture symbolise energy and reflect the dynamic of our times. 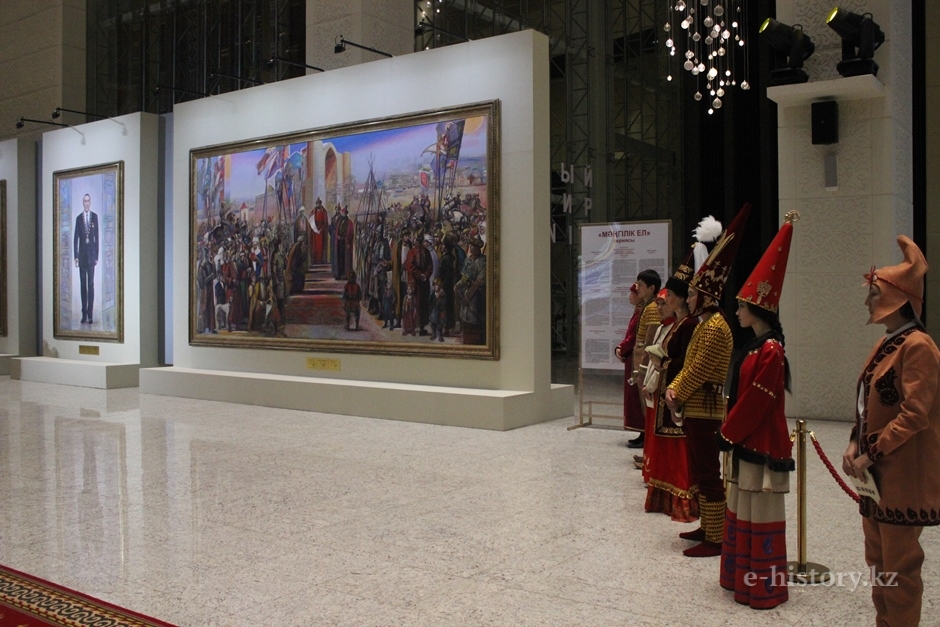 The third part of the triptych is dedicated to the set of all-Kazakh traditional laws called "Zhety Zhargy". The composition combines many actors with three Kazakh arbiters (bis) and Khan Tauke as the central figures. The historical line is also reflected through the incorporation of ethnographic and architectural elements reflecting the atmosphere of that epoch. 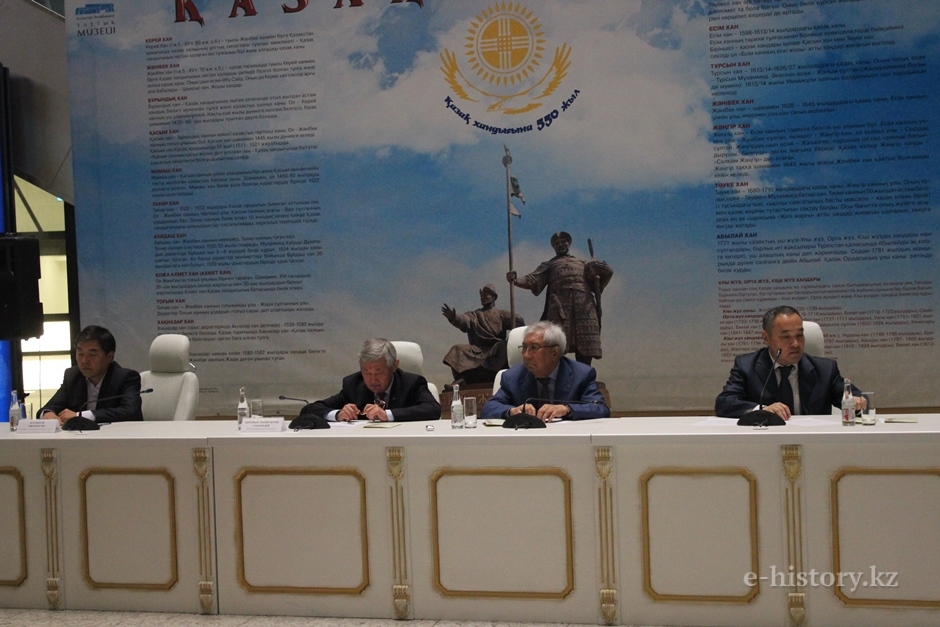 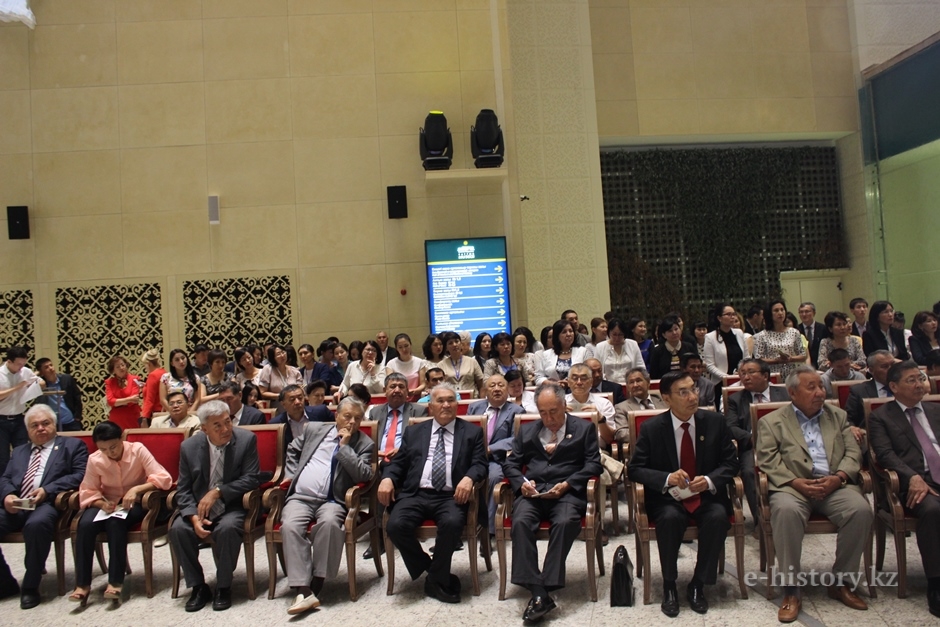 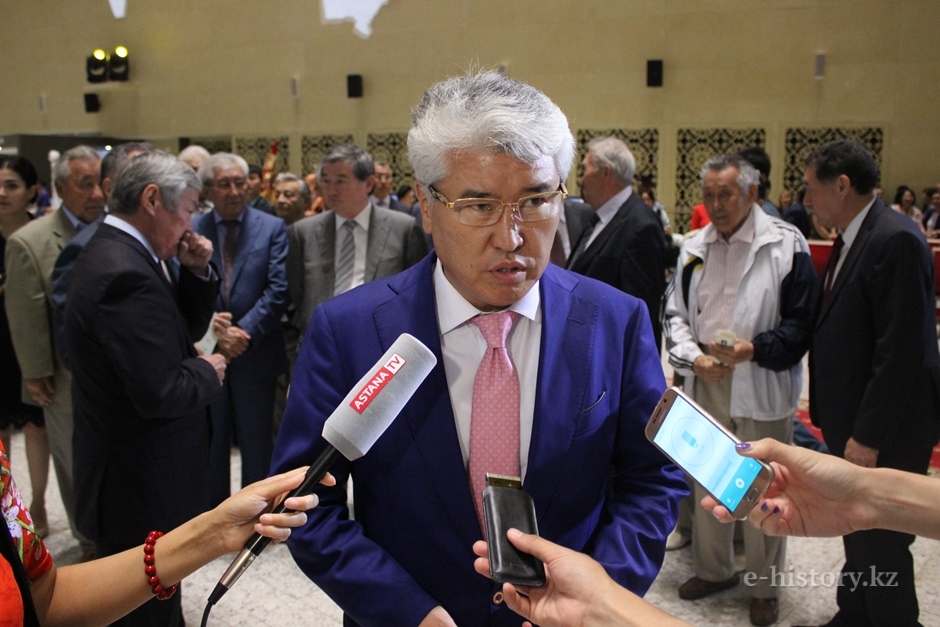 — History shown in pictures has always been a subject of great interest to the public, and this set of pictures is not an exception. I’m a spectator of the work on the triptych "Mangilik Yeal". The process involved leading historian and artists. They have done their work professionally; the pictures depict different personalities and symbols of priceless historical memory. The triptych "Mangilik Yel" is a precious present to the celebration of the 550th anniversary of the Kazakh Khanate that is celebrated for the first time in the history of Kazakhstan, — said Arystanbek Mukhamediuly, Minister of Culture and Sports.

Use of materials for publication, commercial use, or distribution requires written or oral permission from the Board of Editors or the author. Hyperlink to Qazaqstan tarihy portal is necessary. All rights reserved by the Law RK “On author’s rights and related rights”. To request authorization email to mail@e-history.kz or call to 8 (7172) 57 60 13 (in - 1163)
Қазақша Русский English
MOST READ
Month Year
Recorded history of Kazakhstan. Part 2
Heroic mothers of the great steppe
How had the World War II been started?
Philosophy of the Emblem
14 monuments at Tekturmas
The rural akims: the country's hope is in the elections
Kazakh historical drama Tomiris premiered in Istanbul
Stolypin about the worries and hopes of immigrants to the Kazakh steppes
ALASH IDEA IS THE PROTECTION OF KAZAKH STATEHOOD
A tireless explorer of the Kazakh land
SWITCHING TO THE LATIN ALPHABET – UNITE ALL KAZAKH PEOPLE
Kunaev Dinmukhamed Akhmedovich
People who eat horses will kill you
Materials on theme
19th century was the beginning of a difficult journey for the sovereignty of Kazakhstan
Ukrainians in Kazakhstan: history of removal
From history of the Kazakhstan police
Precursor to the changing of the capital in Kazakhstan: back to history