Home News Other Prominent scientists of Hungary, Italy and Russia participated in museum festival of Kazakhstan

Prominent scientists of Hungary, Italy and Russia participated in museum festival of Kazakhstan 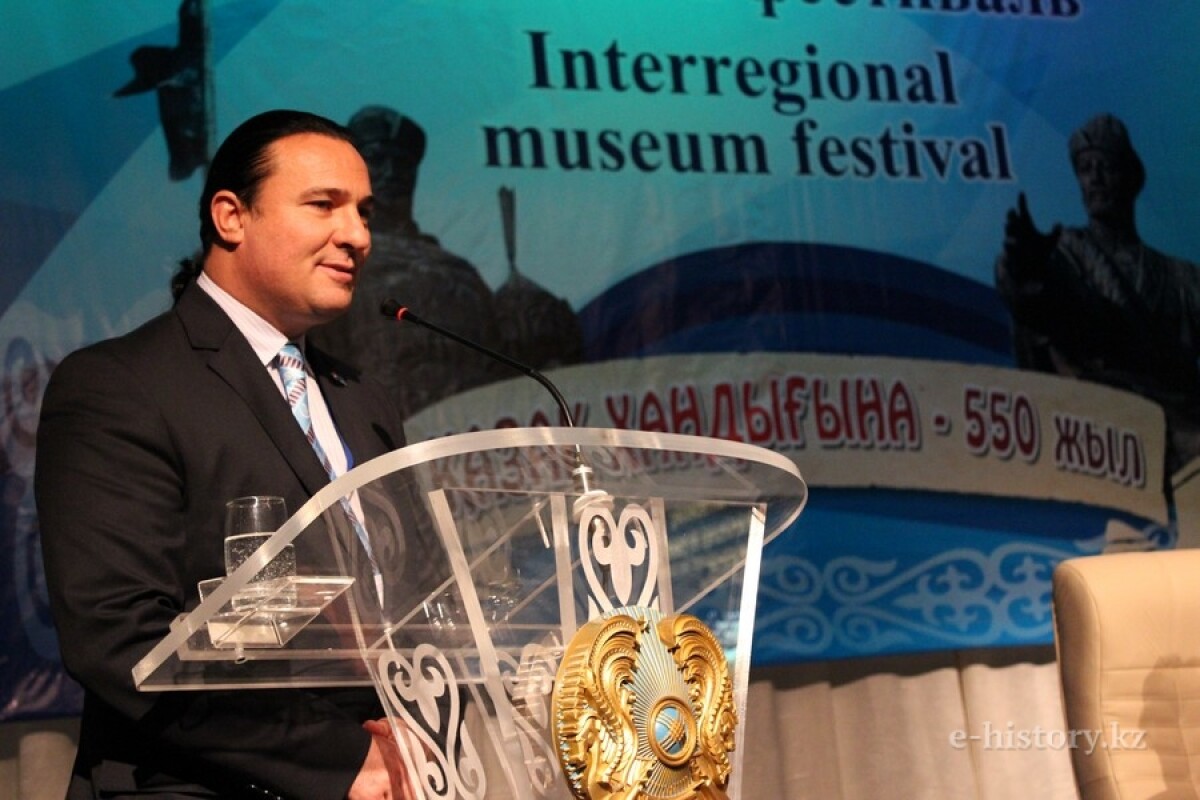 Yesterday, on June 13, in the city of Kokshetau the Interregional museum festival devoted to the 550th anniversary of the Kazakh khanate took place

The Chief of the department of culture of Akmolink region made an opening speech S. Burbayeva: “I am glad to welcome scientist and research associates from Italy, Hungary, Russia and heads of the museums from all corners of Kazakhstan. The management of culture of Akmolinks region for the first time holds the Interregional museum festival devoted to an important historical event of our state to 550th anniversary of Kazakh khanate”. 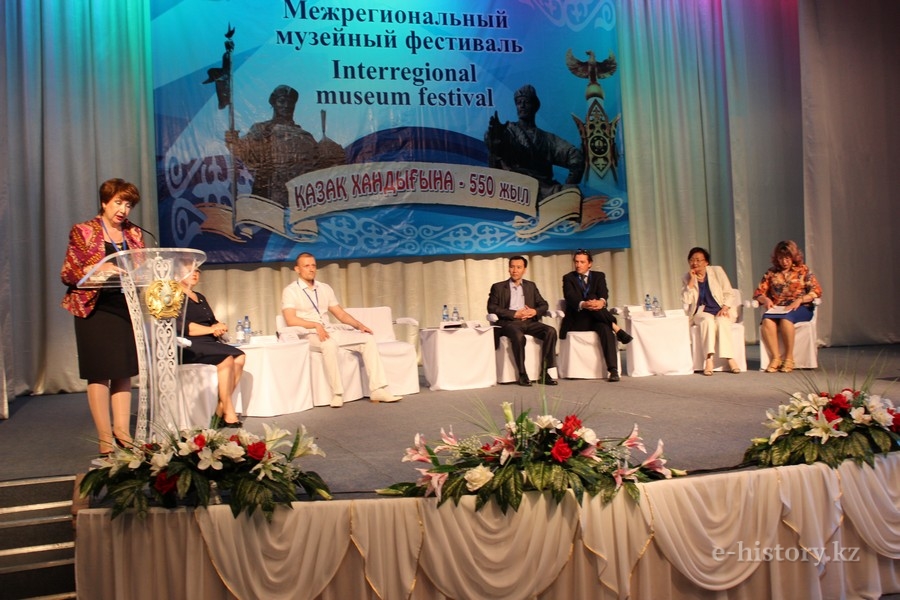 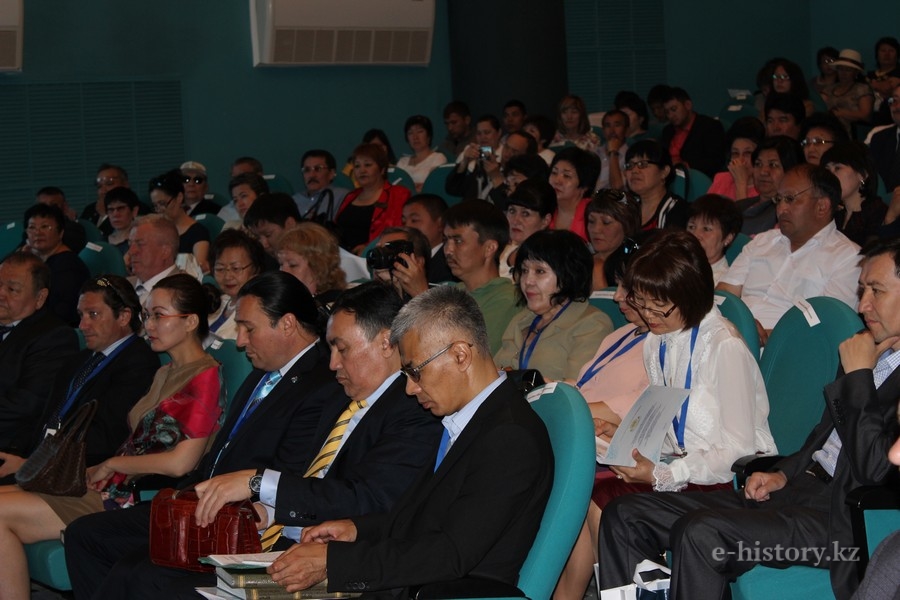 Prominent scientists from foreign countries participated in a festival: professor of University of Bologna in Italy Gian Luka Bonora, head of the International fund “Mazhdar — Turan”, the director of a Natural History Museum in Hungary Biro Andras Zholt, expert of the Ministry of Culture of the Russian Federation in subjects of arms and collection of the weapon of Russia, Europe and Asia of Alexey Pastuhov, and also research associates of the museums of the country, scientists and historians of Kazakhstan and Russia.

Following reports were at the conference:

• “About phenomenon of military symbols (banners, bunchuk) at nomads of Central Asia” (A. Kushkumbayev); 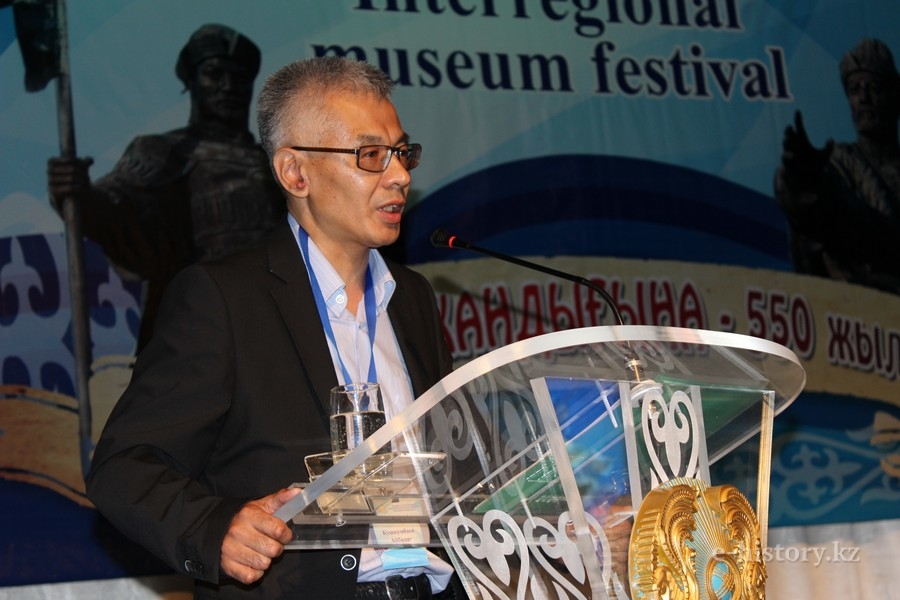 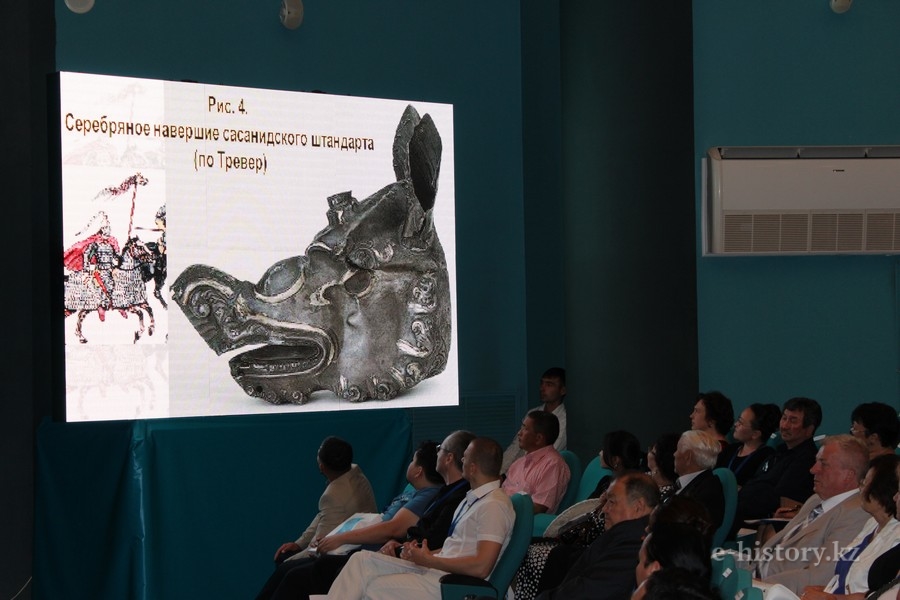 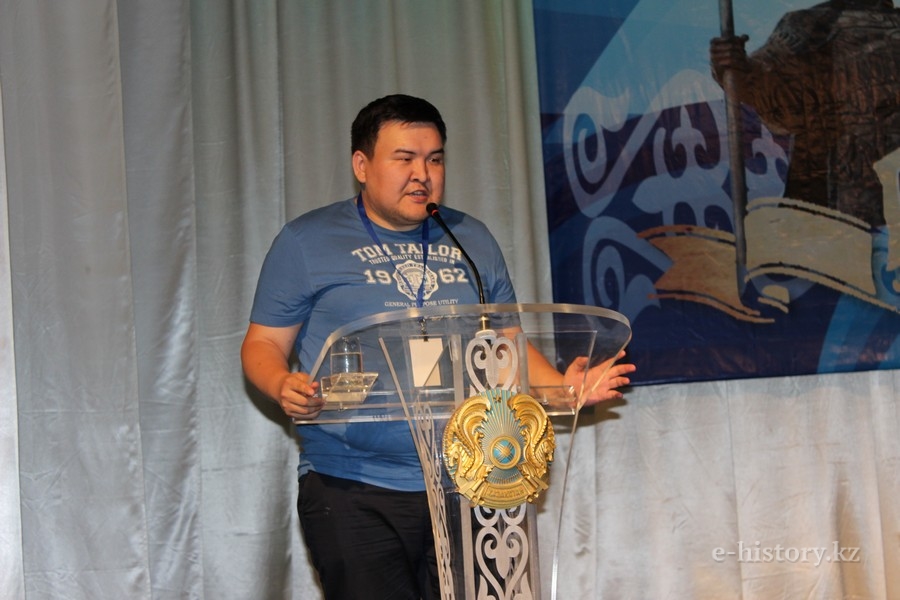 • “Life and the state activity of Abylay khan in reflection of a museum exposition” (K. Abuyev). 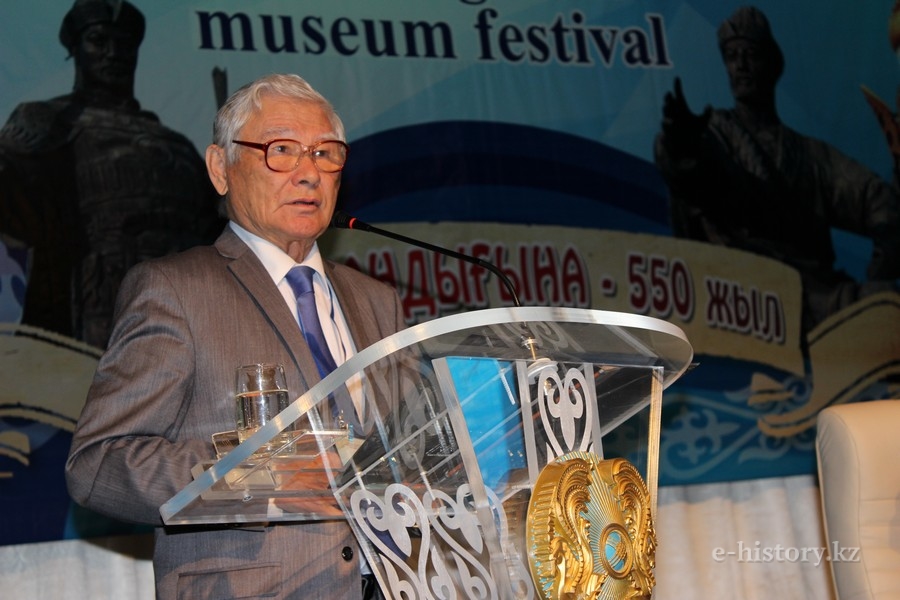 • The subject was continued in the report of the expert of the Ministry of Culture of the Russian Federation Alexey Pastukhov (“Qing troops in a campaign against Dzungaria and Kazakhstan in 1755-60”). “I want to show in the report that could expect Kazakhstan and from what Abylay rescued Kazakh people”. 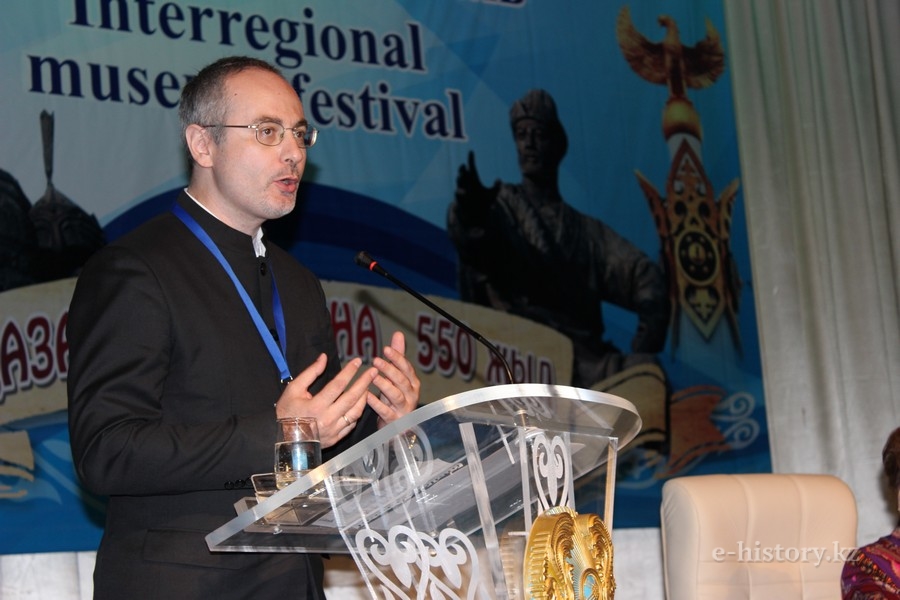 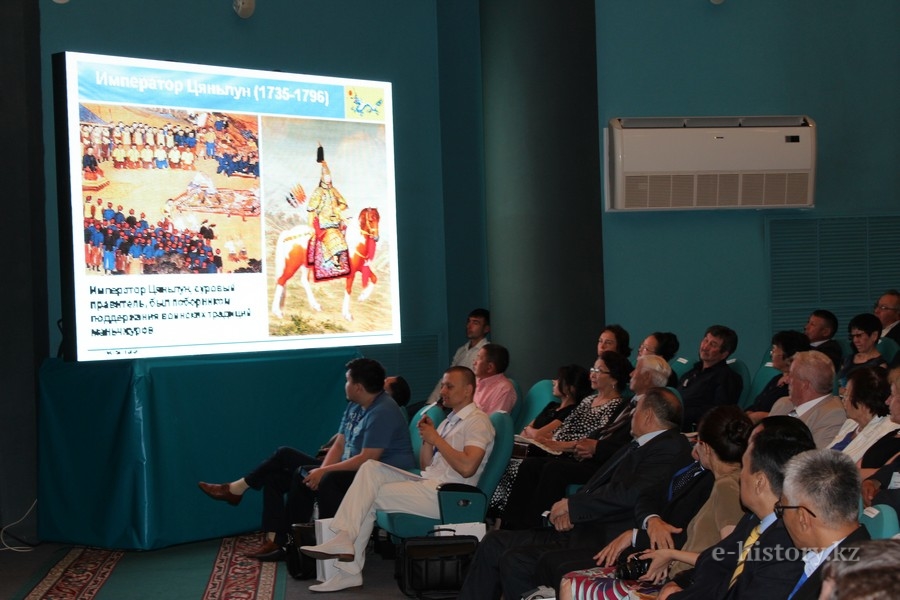 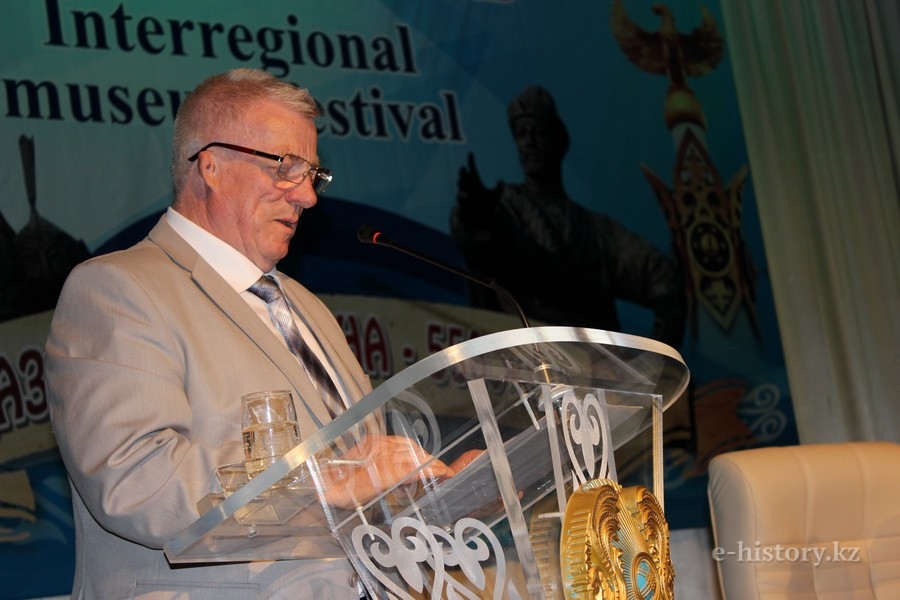 Taking an opportunity, domestic scientists made their offers. For example, professor of Kokshetay State University named after Sh. Ualikhanov Kadyrzhan Abuyev suggested his idea to create panorama of Anyrakay battle in Burabay on Polyana of Abylay khan. “Better to see once than hear a hundred times. This battle was fatal and in many respects defined to be or not to be of Kazakh ethnos. It is necessary to educate youth on such vivid historical examples” — Abuyev considers. The scientist suggested creating scientific historical center in Kokshetau. “For creation of such university there are scientific and material resources. Recently on the basis of our higher education institution the branch of Institute of history of the state is open” — said Abuyev.

• Leonid Bobrov, Professor of department of archeology and ethnology, the Doctor of historical sciences of Novosibirsk state university, presented a helmet of the victorious sultan Mahmoud Dzhanibek khan from Metropolitan Museum of Art (New York, the USA). 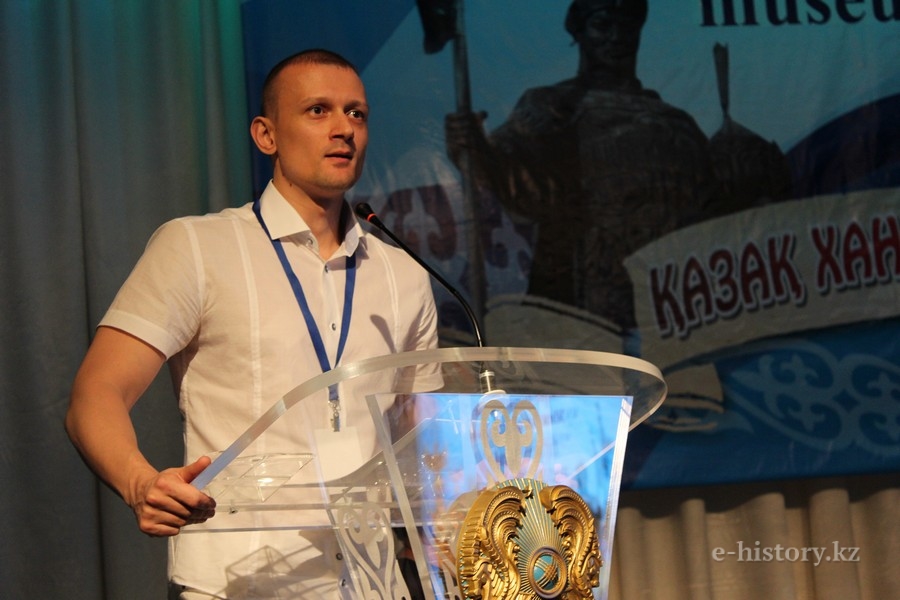 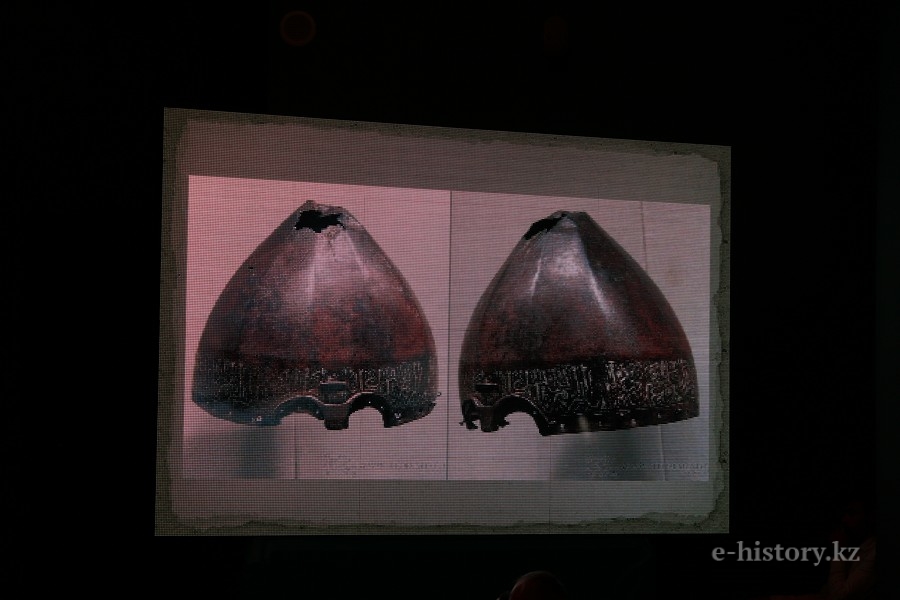 The presentation “Cult architecture of steppe Sary-Arka of the period of addition of the Kazakh khanate” was presented by professor of University of Bologna Gian Luka Bonora and Maral Habdullina. 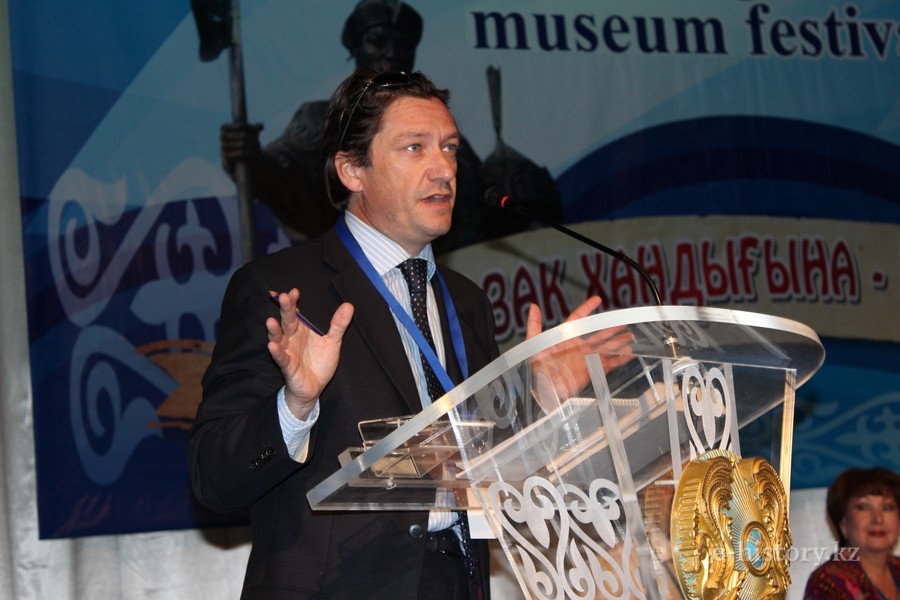 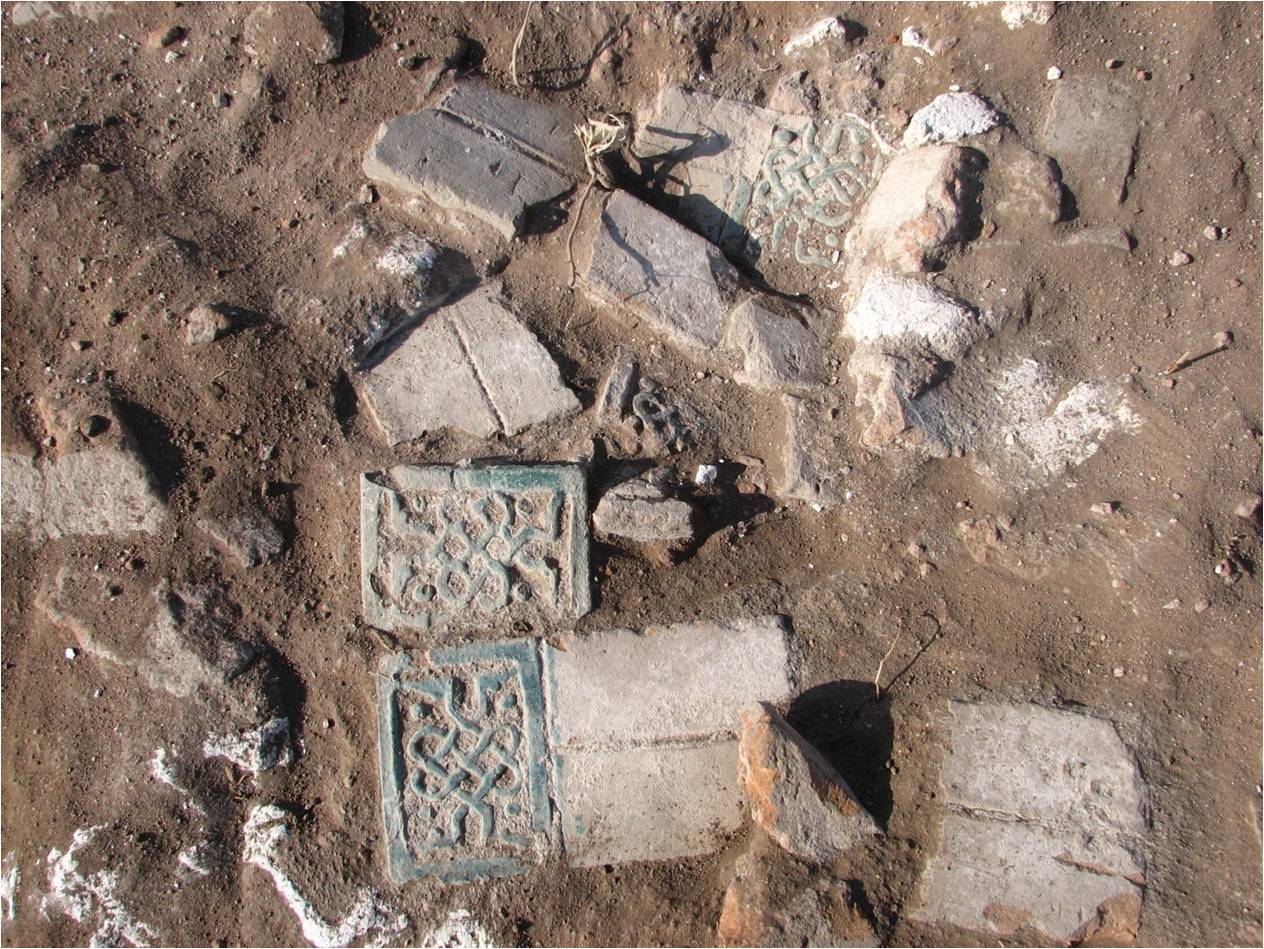 • The leading expert of the museum, Serik Sagimbayev told about a blade of a saber of Ablaykhan which is stored in the Museum of the First president. 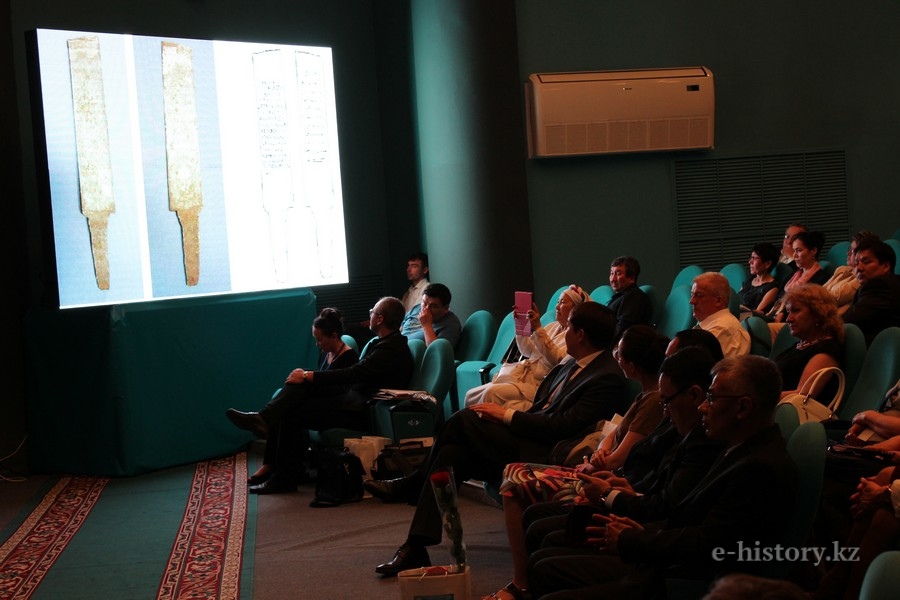 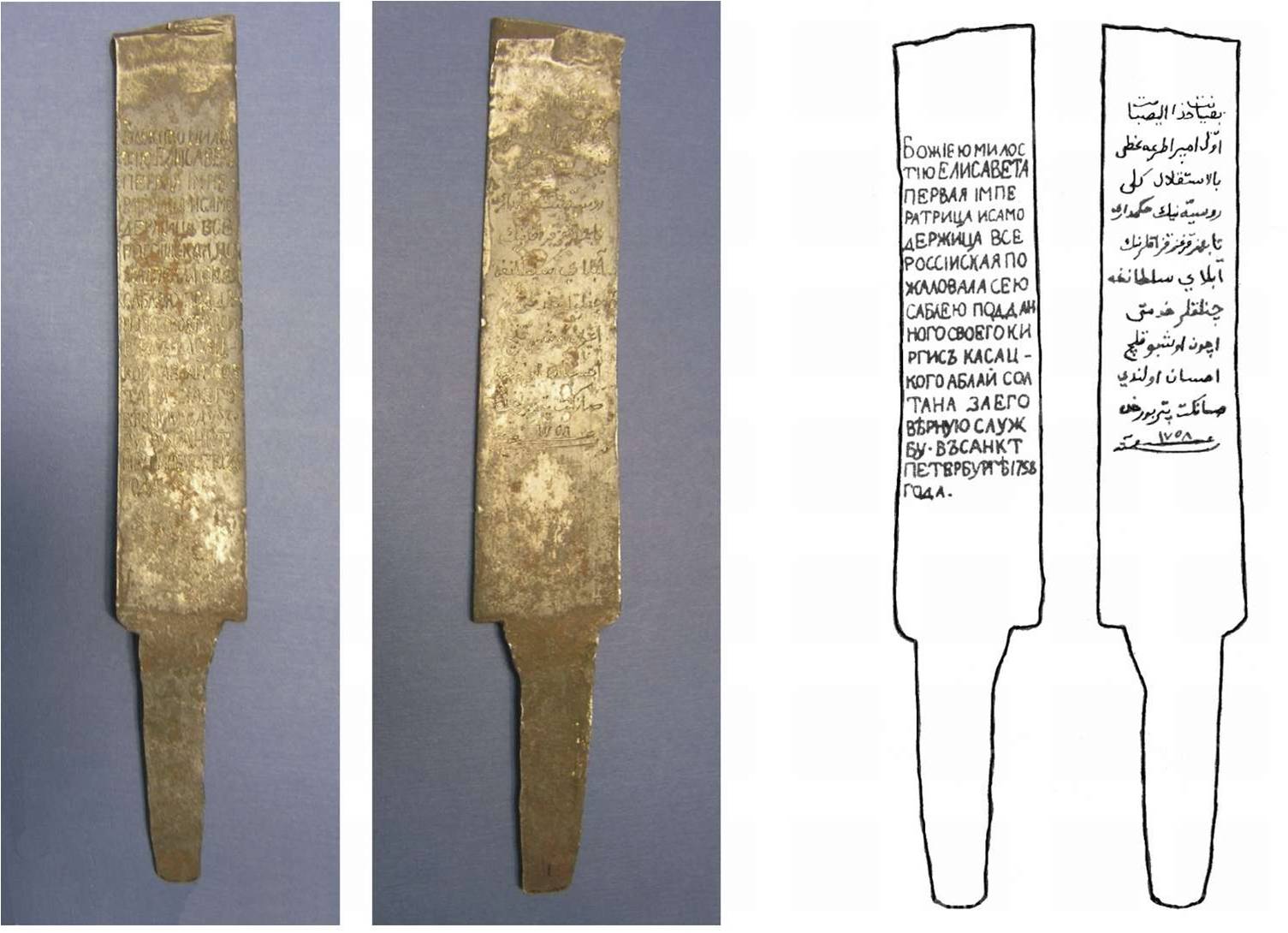 • Presentation “Caftan of Kazybek bi. Methods of restoration and preservation” were presented by the manager of funds of the National Museum Ulzhan Sadykova. 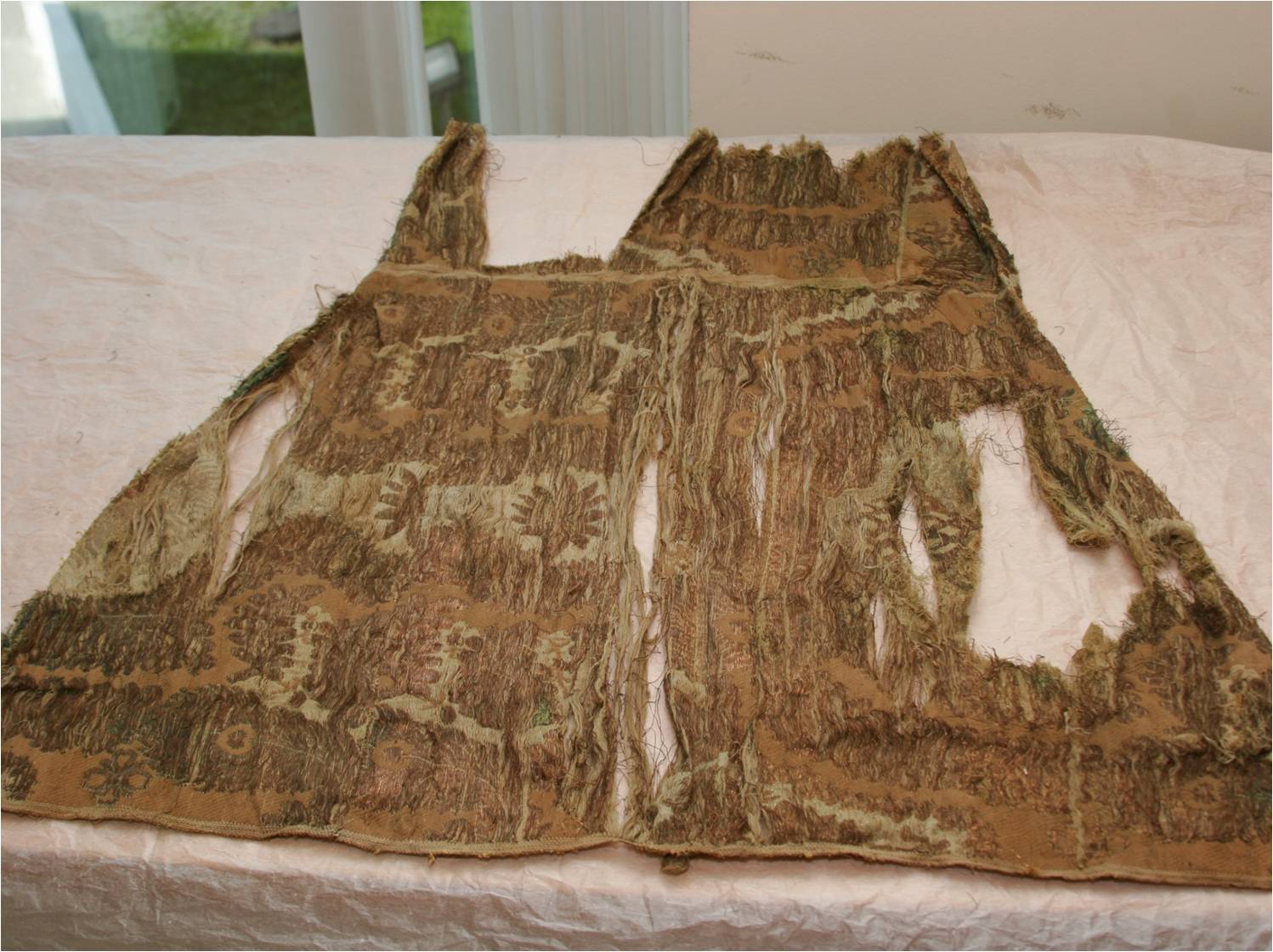 In the second half of day of participants could able to see an exhibition of trade fair of artists and masters of applied art “Oner Fest”, and also the theatrical tour in the Akmolinsky local history museum and a festival of folklore and ethnographic ensembles and performers “Gasyrlar uni”. 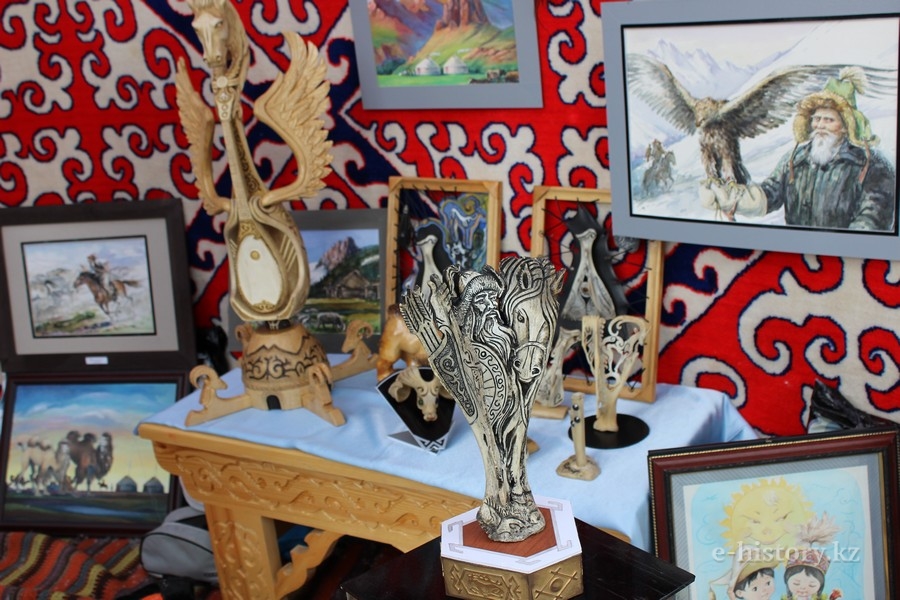 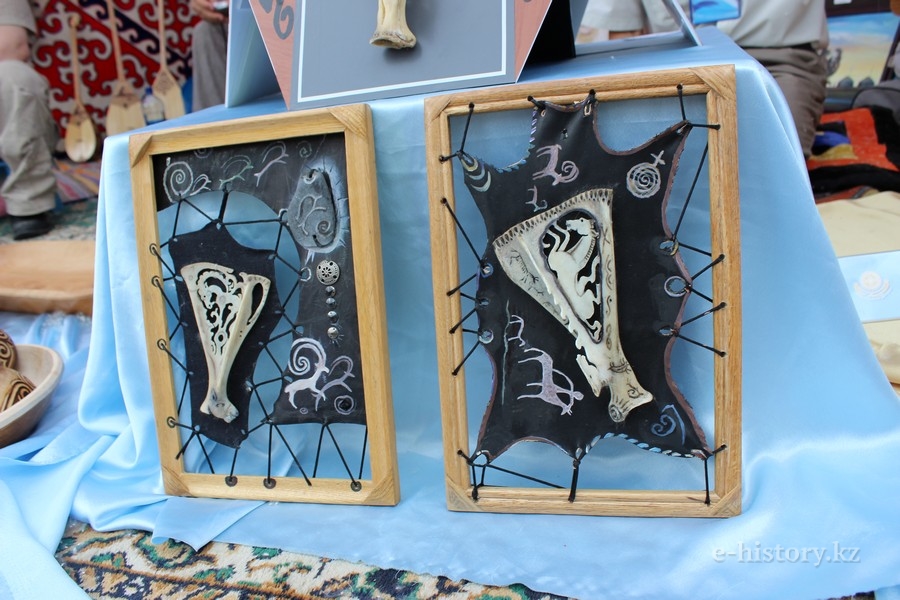