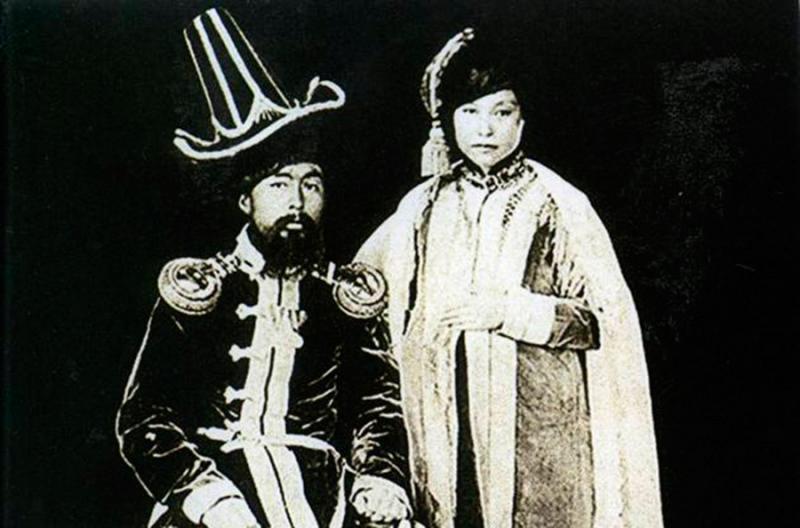 "550th anniversary of the Kazakh khanate is time of judgment of a role of women and their participation in formation of statehood in the Kazakh steppe", - Lyazzat Suleymen

Today Eurasian National University (ENU) named after L. Gumilyov the conference on a subject: "The famous women of the Kazakh khanate", devoted to the celebration of the 550th anniversary of the Kazakh khanate took place. Organizers of the conference were the National commission on affairs of women and family policy at the President of the Republic of Kazakhstan, Eurasian National University named after L. Gumilyov and Program of Development of the UN in Kazakhstan.

The participants of the conference were the State Secretary of the Republic of Kazakhstan G. Abdykalikova, deputies of Parliament, representatives of government bodies, scientists and experts, lectures of higher educational institutions, graduates and undergraduate students.

In the opening speech the State Secretary of the Republic of Kazakhstan G. Abdukalikova emphasized that according to the President Nursultan Nazarbayev’s words the Kazakh khanate is the first national state in the Central Asia. She said that studying of history of Kazakh khanate represents special importance in the context of realization of national idea of "Mangilik El", the Plan of the Nation — 100 concrete steps, as the knowledge of national history is one of bases of formation of the Nation of the uniform future. G. Abdykalikova emphasized that from ancient times Kazakh women differed innate kindness, sharp natural intelligence and diplomacy. In this regard, studying of their contribution to formation and development of the Kazakh khanate will allow studying comprehensively and deeply native history also promoting elimination of the available lacunas.

The head of the department of the Kazakh Literature of Eurasian National University named after L. Gumilyov, Doctor of Philology S. Kaskabasov, Professor of department of history at Kazakh National University named after Al-Farabi, Doctor of historical science B. Karibayev, the Director of Institute of History and Ethnology named after Sh. Valikhanov, Doctor of historical sciences K. Abzhanov and others. They noted importance of carrying out the scientific researches directed on return from a non-existence of many lost or unfairly forgotten names which are pride of our people and an example of selfless service to the Homeland. Among them there are names such as Karashash and khansha Ayganym, Bopay khanym and Bay Ana, Toykara khanym and other prominent representatives of the Kazakh people. Based on the results of conference the resolution was adopted.

Materials on theme
Kazakhstan President's address will be stated in written form
Five myths about the Kazakh armed forces
The Ulan Republican Guard
The story of one photo. Andrey Gaydukov