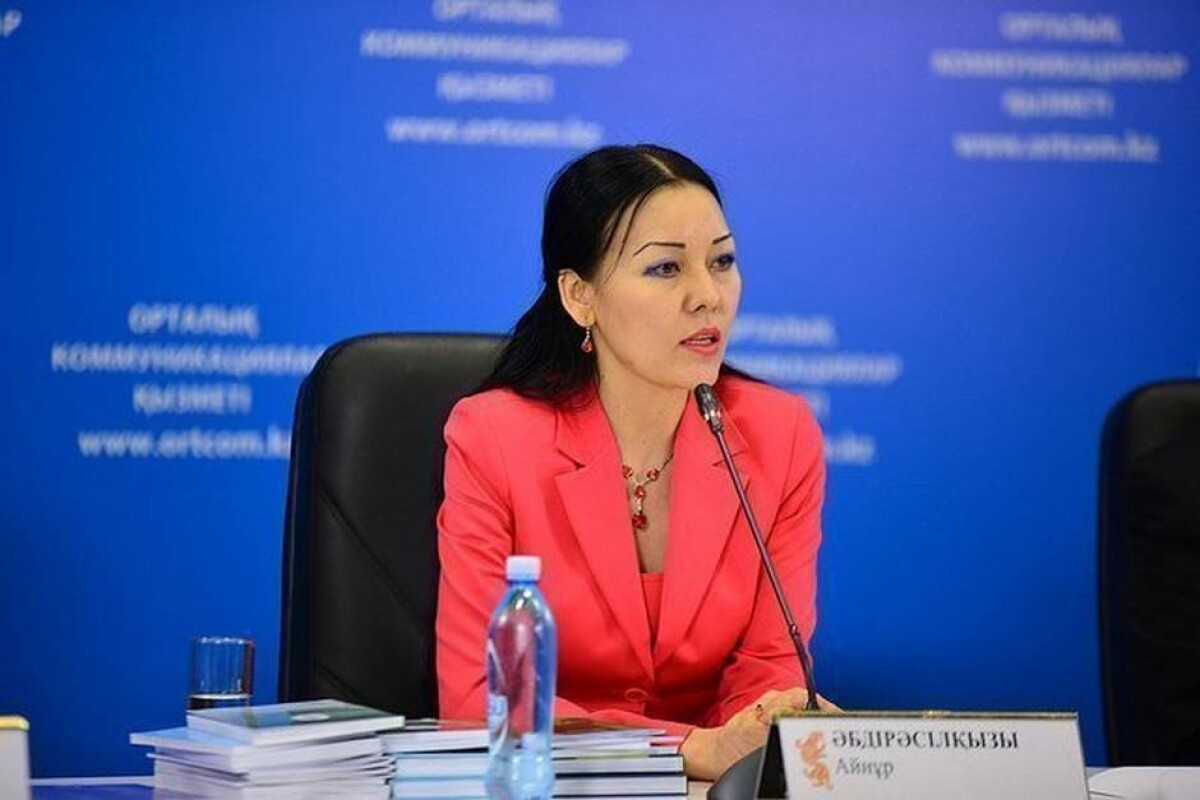 — Aynur Abdirasilkyzy, opening of the 5th Congress of world and traditional religions will take place soon. We know that work of the secretariat of congress already began. Please, tell us the difference of this meeting?

— Prominent representatives of the world community will take part in this congress, among which and the first heads: Ban Ki-moon — the UN Secretary General, Lamberto Zagner — the Secretary General of OSCE, Abdalla ІІ — the King of Jordan, Abdulaziz At-Tueydjri — the CEO of ISESKO, and honorable representatives of "Alliance of civilizations" of the UN, World Islamic league. At the same time, religious representatives of the United Arab Emirates, Saudi Arabia, Iran, Turkey, religious figures of Spiritual management of the Russian Federation, the chairman of the Management of Muslims of the Caucasus (MMC), the President of Papal council for interreligious dialogue (Vatican), heads of the world associations of Judaism, Lutheranism, Hinduism, Buddhism, Shintoism and Taoism will also take part in congress’s work.

Participation around 600 people, among which about 300 people — representatives of mass media which significant share is made by foreign mass media is expected. From Kazakhstan participation about 60 people is planned. It should be noted that this time the main subject of congress — "Dialogue of religious leaders and politicians for the sake of the world and development".

— At the pronunciation of phrase— "the interreligious relations" first of all there is an association with the term— "tolerance". Usually foreign word "tolerance" into Kazakh is translated as "tagattylyk" — "patience". Some explain this word, as "tozimdilik" — "firmness, endurance". And you constantly use the word "mamilegerlik" — "diplomacy". Why?

— We still did not completely open a meaning of the word "tolerance" in the Kazakh language. Each of such words as "tozimdilik", — "firmness, endurance, "shydamdylyk" — "patience, endurance", "sabyrlyk" — "tranquility", "tagattylyk" — "patience", "mamilegerlik" — "diplomacy", "kelimpazdyk" — "conciliation" has the lexical shade. A general meaning of these words is clear to all, but we will discuss about distinction of the words stated above.

— The Kazakh word "mamile" came from Arab "mujamal". It means "karym-katynas" — "the relation, communication". In the Kazakh language there is a phrase "mamile zhasau" — "to conclude the bargain" which enters a framework of concept of the phrase "kelisimdi karym-katynas zhasau" — "to establish the coordinated relations". It turns out that the word "mamigerlik" — "diplomacy" is interpreted much more widely, than "tozimdilik" — "firmness, endurance", "tagatylyk" — "patience, patience". Diplomacy is ability to establish strong connection, to come to consent and to find the right decision.
It should be noted that in the 2000 Toleugali Burbayev — the famous scientist, the philosopher in his work "The national mentality" suggested to use the word "tolerance" as an equivalent of the word "diplomacy".

— Very full answer. Based on this it is possible to draw a conclusion that Kazakh people since early times own principles concerning the interreligious relations?

— According to the data of the written sources which remained since ancient times up to now, in the Kazakh steppe in total there were 535 big and small battles. And all of them — fight for protection against external enemies. Besides, legends of Sakas — "ancestors of the Turkic people" and Huns narrate about peaceful life of inhabitants of the steppe.

At the same time, today everyone knows the words Kazybek bi: "We — Kazakhs, we graze cattle in the steppe. We threaten nobody, we are peaceful people. To keep happiness, good luck and to keep away our enemies we keep a spear ready and we know the price of the kind word..."

— Please, tell us about a problem of "a conscious choice"...

— Speaking about "a conscious choice", first of all it is necessary to address to religion of fathers. The people’s choice of religion is not casual, there are historical prerequisites. This choice determines future values of a nationality, the vital principles, influences its life and character. During the historical periods when certain world and traditional religions became widespread, before many nationalities there was a religion choice problem. This choice did not occur in one stage. The choice of religion was discussed by representatives of a certain nationality throughout some time. The Kazakh people made the choice, having accepted religion Islam.

Islam — is religion which as much as possible combines cultural wealth and an inner world of the Kazakh people. At the same time, it should be noted that today the problem of interreligious dialogue is actual. This problem for centuries is on the agenda any society. At each people the outlook and experience was created... It is possible to tell that interreligious dialogue — result of historical experience of mankind.

— What can you add into today’s experience...?

— Thinking of mankind is improved with each step. The mankind learns lessons from the experience and any problem starts looking under a wide corner, from the global point of view.

So, in 1893 in Chicago the World congress of religions was carried out. In 1986, 2002 representatives of world religions organized meeting in the city of Assisi (Italy)... All this work on the way of interreligious dialogue of the world community was not vain. And on October 18, 1992 in Almaty passed "1st the World congress of spiritual consent". Time in three years, since 2003, began to be carried out Congress of leaders of world and traditional religions. Carrying out similar congresses makes the contribution to development of interreligious dialogue.

— Thanks for your story!