Home News Other Honouring of veterans of the Great Patriotic War

Honouring of veterans of the Great Patriotic War 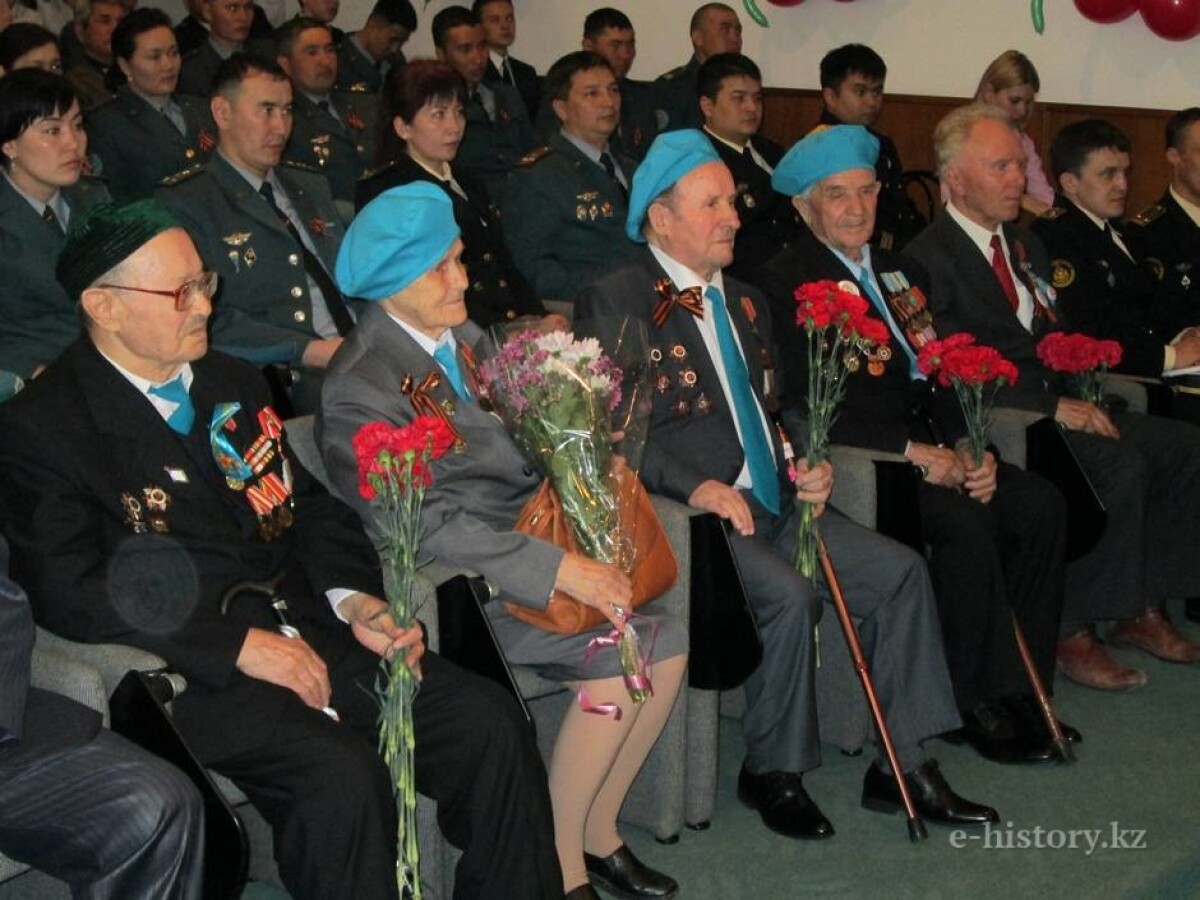 Many veterans of the Great Patriotic War (1941-1945) have already passed away. And we have to honour those who are still alive. The Museum of the First President of Kazakhstan hosted the ceremony of honouring of veterans of the Great Patriotic War on 4 May 2015. The ceremony was accompanied by a musical performance "Uly Zhenis — Urpakka Amanat!" ("The Great Victory — Heritage of Descendants") and opening of an exhibition "Successor of the Victory".

There were some special guests, veterans of the Great Patriotic War, including Akhat Bekmadi, Alexey Frolov, Vladimir Kalsin, Raisa Kalsina and the worker on the home front Vasily Alexeyev. At the same time, the ceremony was attended by the Chairman of the Veterans Union of Astana Amangeldy Syzdykov and Vice-Chairman Yesbolat Duysenov. A creative group consisting of the student of the Astana Secondary School № 17 together with partners of the Department on Cultural and Educational Work, Museum of the First President of Kazakhstan, produced a musical performance entitled "The Great Victory — Heritage of Descendants". The show was dedicated to the feat of the Heroes of the Soviet Union from Kazakhstan, including Bauyrzhan Momyshuly, Aliya Moldagulova, Manshuk Mametova, members of the 316th Infantry Division under the command of Major General I. Panfilov.

The play was so moving that tears appeared in eyes of some spectators. And all of them were proud of our national heroes. Musical performance: the life on the front line

The ceremony was accompanied by the opening of the exhibition "Successor of the Victory". It presented materials about veterans of the Great Patriotic War and delegations of foreign countries that participated in the Moscow Victory Parade in 1945, as well as the information on the Armed Forces of the Republic of Kazakhstan. Musical performance: soldiers get an order

"We often tell about veterans of the Great Patriotic War but we should remember the labour of those he left at the rear. The war forced young women to drive tractors, carry tonnes of coal. This work is also a feat. People didn’t use what they produced. They sent food, vegetables and raw materials to our soldiers and officers who fought on the fronts. We bow our heads before each worker on the home front and veteran of the war who contributed significantly to the common Victory," by the Chairman of the Veterans Union of Astana Amangeldy Syzdykov said. Musical performance: the life on the front line

At the end of the ceremony, veterans of the Great Patriotic War received commemorative gifts from organisers. Veterans of the Great Patriotic War