Home News Results of the International Competition for Artists

Results of the International Competition for Artists 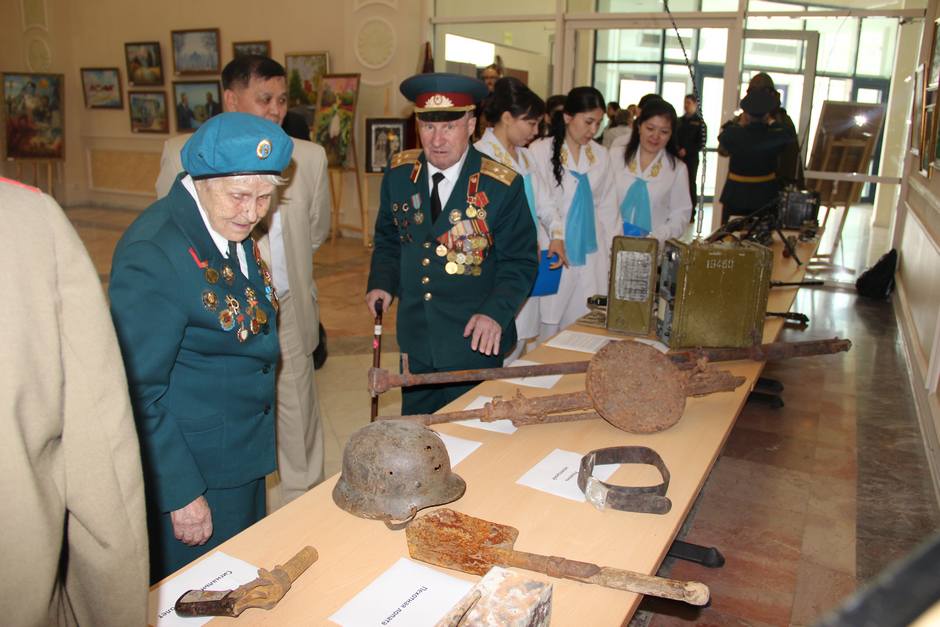 National Art Gallery "Astana" hosted the awards ceremony of the Third International Competition for Artists "The Light of Victory — The Energy of the Future", dedicated to the 70th anniversary of Victory in the Great Patriotic War and the upcoming international exhibition "EXPO-2017″.

The traditional international competition for artists was initiated by the Central Clinical Hospital for the disabled veterans of the World War II in Astana. Hundreds of WWII veterans from all regions of our republic receive treatment in this hospital every year. The initiative was supported by the National Art Gallery "Astana". The National Congress of Historians and Popular Science Journal "Mangi El" provided guidance and scientific support. 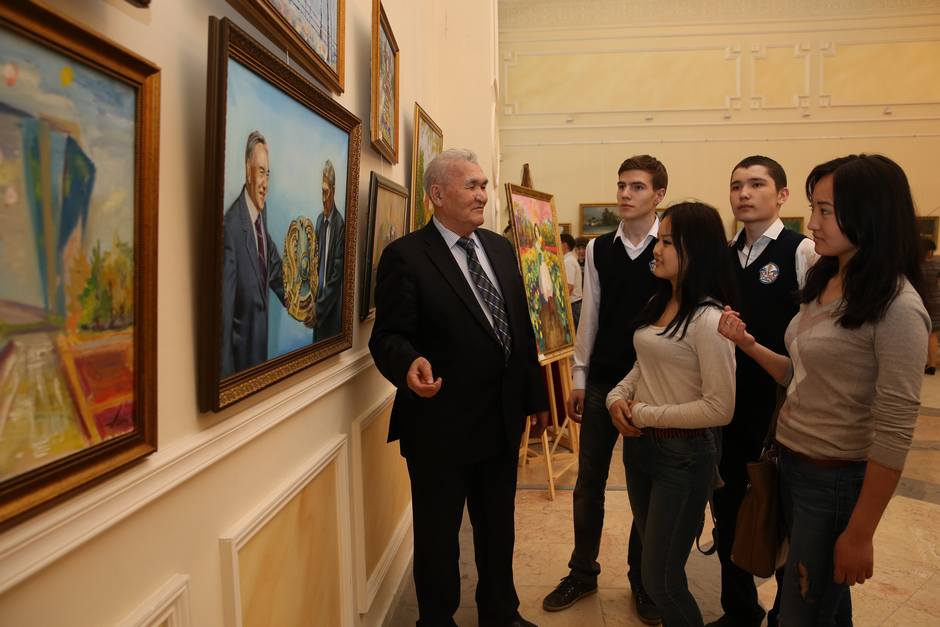 The awards ceremony was launched with the opening of the exhibition of the best works. Artists from fourteen countries, including Kazakhstan, Slovenia, Russia, Ukraine, Belarus, China, Mongolia, Uzbekistan, Kyrgyzstan, Turkmenistan and others, took part in the competition. Their works are focused on the war and patriotism, ties between generations as well as on the contemporary achievements of the Republic of Kazakhstan within the frameworks of the upcoming international exhibition "EXPO-2017″. 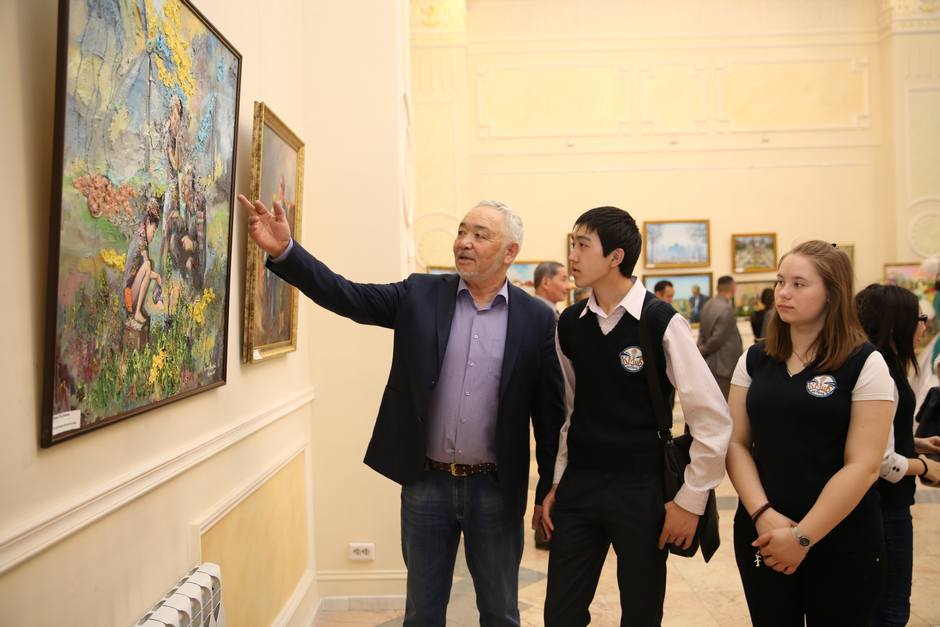 The ceremony in the National Art Gallery "Astana" was attended by WWII veterans, representatives of the Office of the President, Government and Parliament of the Republic of Kazakhstan, ambassadors of foreign countries.

The jury consisted of prominent artists, scientists and public figures such as Zhandarbek Malibekuly, the author of the National Emblem of the Republic of Kazakhstan, Yermek Asylkhanov, designer and Professor of the High Art Qualification Commission of the Republic of Kazakhstan, Kadan Bekenov, WWII veteran, Burkitbay Ayagan, Director of the Institute of the State History, Science Committee of the Ministry of Education and Science, Ziyatbek Kabuldinov, Scientific Secretary of the National Congress of Historians.

The winners of the II prize: Konstantin Dugushkin (Russia) and Sergey Tanashchuk (Belarus). 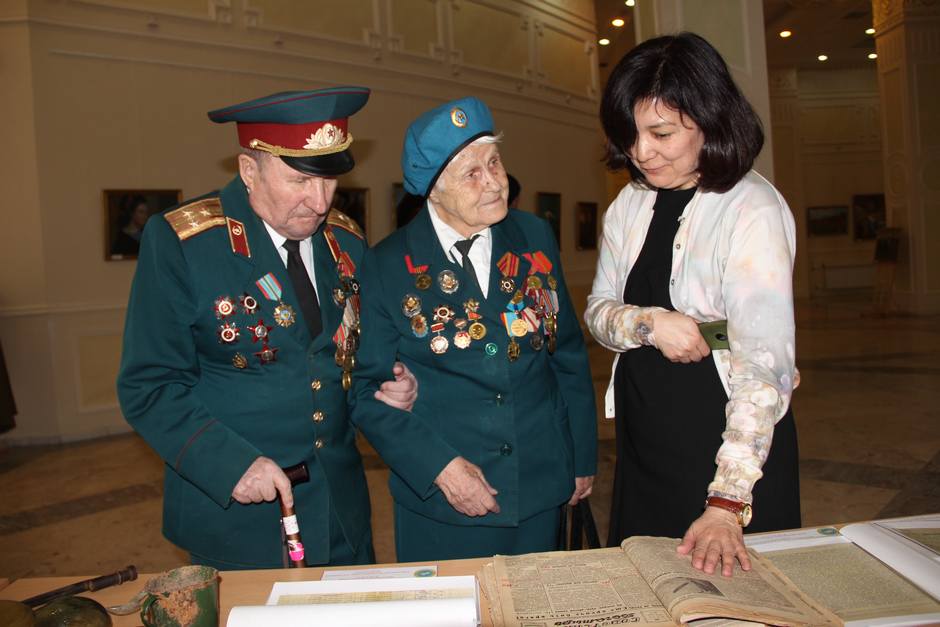 Sixteen artists won were awarded diplomas for originality of the idea and high level of skill.

Traditionally the best works of the artists who participate in the international competition are donated to the hospital for WWII veterans. This year the organising committee has decided to donate the pictures to the rooms for veterans of regional medical facilities.

Materials on theme
In the Library of the First President the “Celebration of the Dynasty of Labourers” was held
Exhibition in the Museum of the First President of Kazakhstan “Historical choice. Creation”
"Deshti-Kipchak. Mystic symbols" to be presented in Astana
Infographics: 18-year-old sniper Aliya Moldagulova