Home News The Years of Hunger in the Kazakh Steppe

The Years of Hunger in the Kazakh Steppe 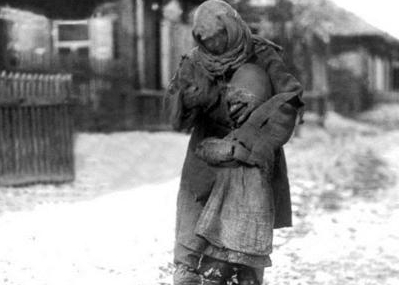 Sarah Cameron, Assistant Professor of the Department of History, University of Maryland, College Park, Maryland, United States, has told our web-site about her scientific interest in the Kazakh famine of 1930-33.

— I know that now you are working on a book manuscript, entitled "The Hungry Steppe: Famine, Mass Violence and the Making of Soviet Kazakhstan". How did you become interested in studying the famine that occurred in Kazakhstan in the early 1930s?

— I became interested in studying the Kazakh famine of 1930-33 during my first visit to Kazakhstan. At the time, I was taking Kazakh-language classes, and I knew I wanted to write my Ph.D. on an aspect of Kazakh history, but I didn’t know much about Kazakh history. I began to read history textbooks for high-school children in Kazakhstan, and I was startled to discover that there had been a major famine in Kazakhstan under Stalin’s rule. I began to think: "Why have I never heard about this famine? Why don’t we have an account of it in English?" And that is what got me interested in the topic.

— What were the major causes of that disaster? Do you believe it was artificial?

— The disaster was indeed artificial. The primary cause of it was the Soviet state’s program of radical transformation, including changes such as collectivisation, sedentarisation and the creation of borders. I believe the legacies of Russian imperial rule, including the colonisation of the steppe by large numbers of peasants during the late 19th century, also contributed to the disaster, as these changes made nomads more susceptible to famine.

— So, how did the famine change the nomadic way of life?

— One of the major consequences of the famine was that approximately ninety percent of the livestock in the republic perished. Since nomads no longer had their animal herds, many were forced to abandon their nomadic way of life. However, as a method of building up the republic’s livestock herds, Moscow did encourage Kazakhs in limited parts of the republic to return to nomadism in the aftermath of the disaster

— Is it possible to state more or less exact number of the famine victims?

— No, and I wish we had more detailed studies on this question. The question of famine deaths is particularly difficult in Kazakhstan due to a number of factors. First, many Kazakhs fled Kazakhstan for other republics and even other countries during the disaster. Many settled there permanently and did not return to Kazakhstan. Thus, calculating the total number of famine deaths hinges upon detailed work with population statistics in neighbouring republics. Second, I’m not sure that the Soviet state was particularly good at counting nomads. The 1926 census was the first time that they had counted the republic’s population, and I believe it may have contained many inaccuracies.

— The Great Famine is still remembered by the older generations of Kazakhs. Have you ever talked to the survivors of the Kazakh famine of 1930-33 or their relatives?

— Yes, I have been honoured to speak to a number of survivors of the Kazakh famine. Many of them were little children during the disaster, but their stories were very moving. 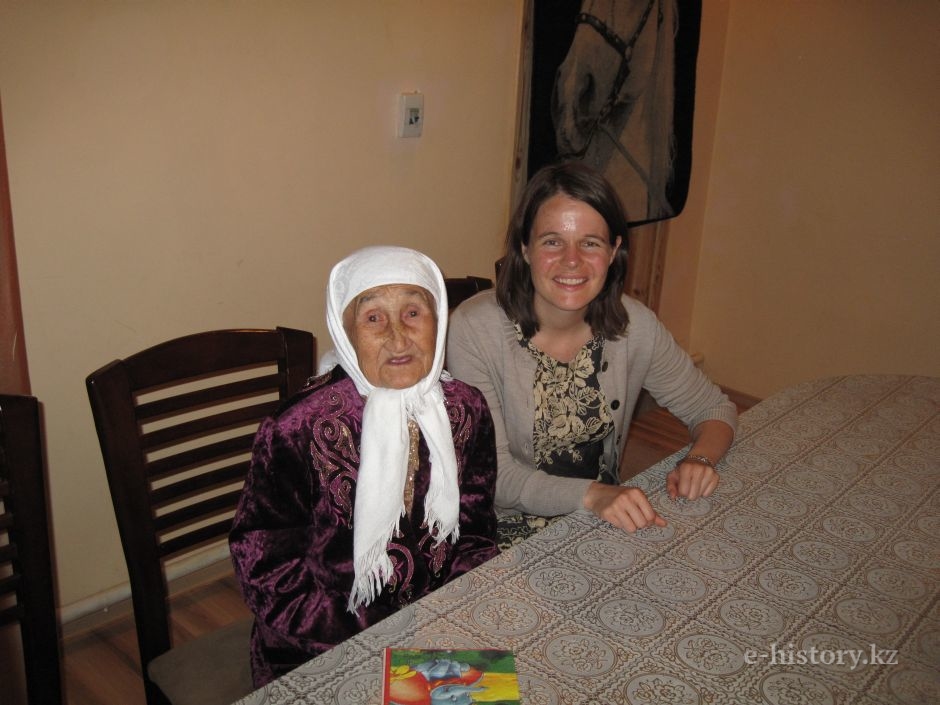 For instance, people told me how they ate substitute foods, such as different kinds of weeds, or how they fled to other areas of Kazakhstan to live with relatives in cities where there was no food. I also had the honour to meet Professor Talas Omarbekov, who teaches at KazNU and who publishes widely on the famine. Professor Omarbekov’s mother suffered a lot in the famine, and he lived through the crisis. 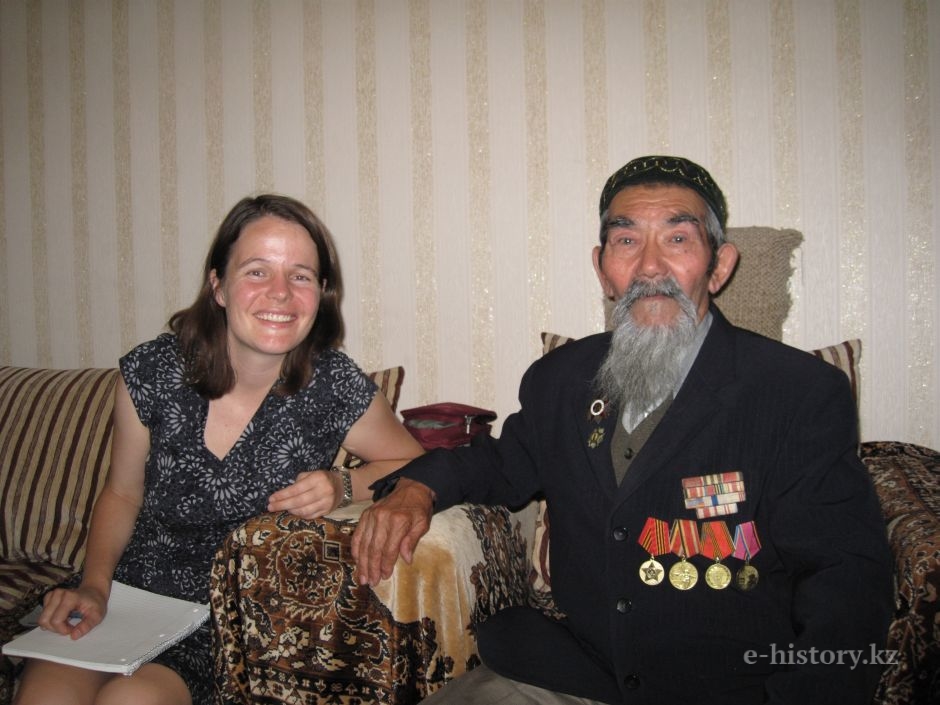 — You probably know the period of the Kazakh famine better than most. Is it difficult studying something like this in such great detail?

— Yes, occasionally it can be difficult. But overall I have been honoured to work on such an important topic, and bring the story of the Kazakh famine, which has been so long ignored in the West, to light to American audiences. 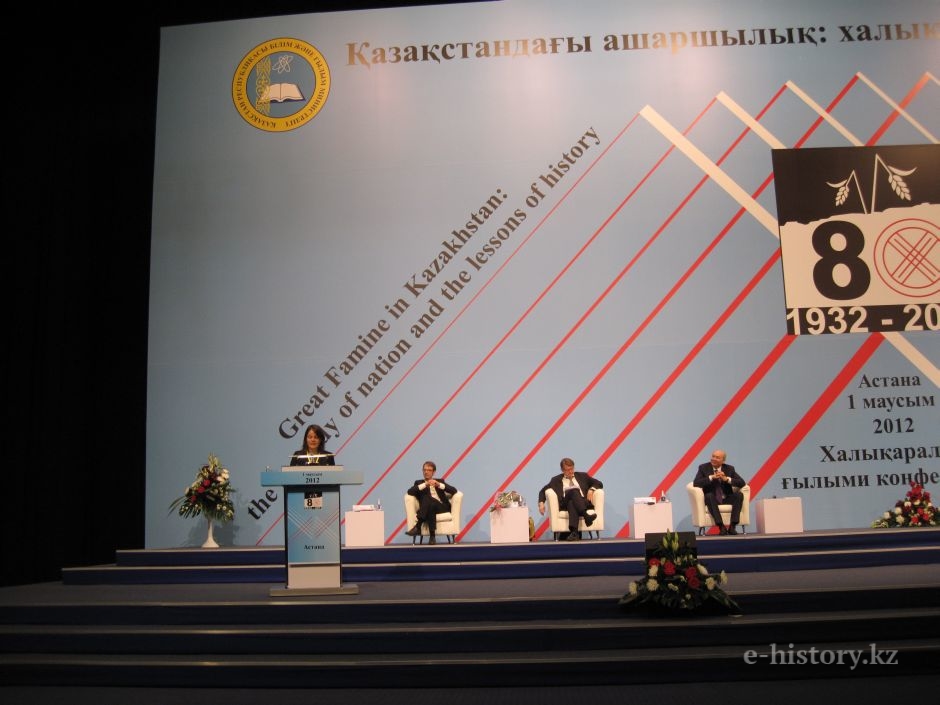 — The fact of the famine in the Kazakh steppe for so long has been ignored. Why do you think this topic is so attractive for Kazakhstani and foreign historians today?

— It is certainly true that the story of the Kazakh famine has been long ignored in the West. More historians in the West are writing about it today, but I still think that we need many more studies. When compared to other major world disasters of the 20th century, the number of studies on the Kazakh famine is very small. When it is published, I hope that my book on the Kazakh famine will inspire other scholars in the United States to learn and write more about the disaster.

Use of materials for publication, commercial use, or distribution requires written or oral permission from the Board of Editors or the author. Hyperlink to Qazaqstan tarihy portal is necessary. All rights reserved by the Law RK “On author’s rights and related rights”. To request authorization email to mail@e-history.kz or call to 8 (7172) 57 60 13 (in - 1163)
Қазақша Русский English
MOST READ
Month Year
The referendum on the Constitution is a significant stage of democratization
Philosophy of the Emblem
The rural akims: the country's hope is in the elections
Kazakh historical drama Tomiris premiered in Istanbul
Stolypin about the worries and hopes of immigrants to the Kazakh steppes
ALASH IDEA IS THE PROTECTION OF KAZAKH STATEHOOD
A tireless explorer of the Kazakh land
SWITCHING TO THE LATIN ALPHABET – UNITE ALL KAZAKH PEOPLE
Kunaev Dinmukhamed Akhmedovich
People who eat horses will kill you
Kazakhstan's participation in the Winter Olympics has a long history
Rebooting a field of science and education
Recorded history of Kazakhstan. Part 1
Materials on theme
The exhibition “Kazakh Khanate: Great Figures of the Great Steppe”
The old-timer building. Mausoleum of Khoja Talig
In the National Museum RK the issues of formation and development of constitutionalism were discussed
Ancient Otyrar in Aktobe