The Kazakhstan divisions which fought in the Great Patriotic War

From the very first day of the war, the Soviet Government started establishing military units and formations in all parts of the country.

The 312 Infantry Division under the command of Colonel A. Naumov (later Major General) was the first Kazakhstan military unit to start fighting against the enemy.

The 316 Division was established in Alma-Ata (now Almaty). It received the baptism of fire back-to-back with the 312 Division at the same north-western direction. Major General I. Panfilov was commander of the 316 Infantry Division since its establishment. Everybody knows about courage and heroism of soldiers and officers of the Division. 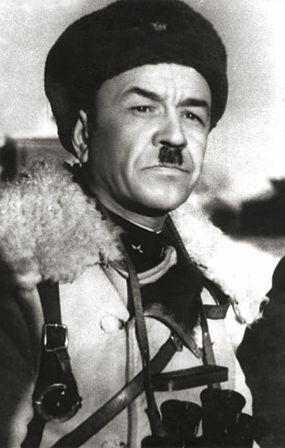 On November 16, 1941 28 combatants of the Panfilov’s Division accomplished their immortal feat in the battle of Moscow against fascist invaders near passing-track Dubosekovo. They defeated approximately two dozens of German tanks and stopped their attack. The soldiers won in an unequal fight with fifty enemy’s tanks. By the Order of the Presidium of the Supreme Council of the Soviet Union, the 28 combatants were recognised as Heroes of the Soviet Union. Fearless warrior and talented commander Major-General Panfilov bravely laid down his life in these battles near Volokolamsk. He was posthumously awarded the title of Hero f the Soviet Union and the 8th Guardian Infantry Division (former 316 Division) was named after him.

Undoubtedly, there were more examples of courage and heroism of units of the Red Army in the battle of Moscow. However, the feat of Panfilov’s Division left an important mark and played a significant role in our history. People told legends about strength and bravery of Panfilov’s combatants.

On July 16, 1941 by the Decision of the National Committee of Defence "On Preparation of Reserves in the System of the People’s Committee of Defence and Navy" a specific group was established to organise divisions, anti-tank and artillery regiments. Later it was reorganised into the Directorate General of Units and Staffing Forces of the Red Army. In the late July 1941 the Government of the Kazakh SSR started staffing of the 238th, 310th, 312th, 314th, 391th Infantry Divisions and 105th Cavalry Division.

That was the first wave of mobilisation. Therefore, the divisions mentioned above included reserve soldiers and commanders who had received military training during their active military service.

In September 1941 the 314th Infantry Division from Petropavlovsk joined the battle on the Svir river. Established in Akmola (now Astana) the 310th Division started fighting on the Volkhov river. In October-December of the same year, the 312th, 316th, 328th, 391st, 387th Infantry Divisions, the 39th Infantry Brigade, the 74th and 75th Marine Infantry Brigades fought in Moscow region. Other Kazakhstan divisions, brigades and regiments became engaged in fighting in 1942.

The 39th Independent Infantry Brigade was established in 1941 and included cadets of military schools of Alma-Ata, Tashkent, Frunze (now Bishkek) and other cities. As the 8th Guardian Division of Panfilov, the 39th Infantry Brigade smashed the enemy near Moscow, liberated occupied by German invaders cities. For its military feats and discipline, the Brigade was reorganised into the 73th Guardian Division.

During one week the Aktyubinsk 312th Division was engaged in persistent defensive operation against three or four enemy’s division near Maloyaroslavets (Russian city) and retreated to the Nara river only when two infantry regiments were lost and only a third of the third regiment. The remaining units of the 312th division were included in the new 53th Division which met the victory near Viena.
The 102nd Infantry Division was established in Chimkent. It undertook defensive measures in the north-east of Ukraine. The Division retreated to Northern Caucasus where it was disbanded. The 74th Marine Infantry Brigade was reorganised into the 292nd Infantry Division. After the October battles to the north-west from Stalingrad, it was disbanded as well. The 96th Kazakh National Cavalry Division, the 105th Dzhambul Division and the 106th Akmola Division were stripped of duty in frontline areas and the troops were included in other units. Before its dissolution, the Dzhambul 81st Cavalry Division made a significant contribution to the result of battles of Stalingrad. In the late November — early December 1942 when trying to occupy the city of Kotelnikovo it revealed the concentration of enemy’s forces aimed at breaking the encirclement of the army of Paulus. 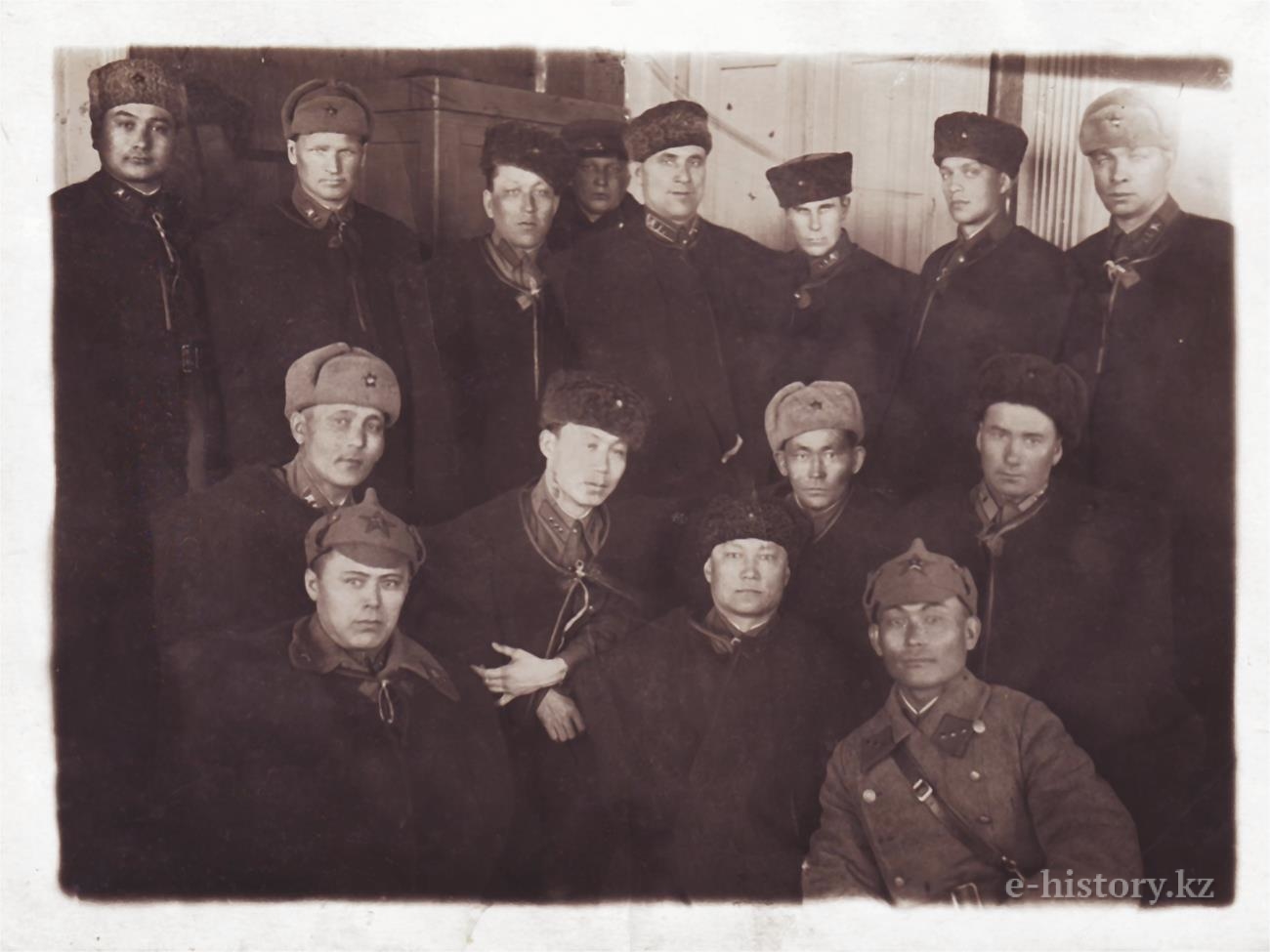 The 72nd Guardian Infantry Division was established in Central Asian Military District, the city of Akmolinsk, Kazakh SSR. It participated in the following military operations during the Great Patriotic War:

2. Elimination of the Belgorod-Kharkov German base (March — August 1943)

3. Fighting for liberation of Ukraine (since August 1943)

For courage, bravery and successful military operations 7500 soldiers, sergeants and officers of the 73rd Guardian Infantry Division were awarded orders and medals of the Soviet Union, 27 combatants were recognised Hero of the Soviet Union.

The 391st Red-Banner Infantry Division fought on Kalininsky front and liberated the baltic countries. Stalingrad, Donbass, Rostov-on-Don, Krym — that is the battle path of the 387th Infantry Division. The 100th and 101st National Infantry Brigades participated in battles of Rzhev and Veliky Luk.

The 150th Infantry Brigade on the basis of the 151st Independent Infantry Brigade was established in the city of Kustanay. On April 30, 1945 its units fought against the enemy in Berlin. Battalions of Neustroev, Davydov and Samsonov attacked the building of Reichstag. The company of I. Siyanov and the platoon of R. Koshkarbayev were the first to break in. In one of the halls, Leutenant Koshkarbayev and soldier Bulatov placed the Red Banner to the window. 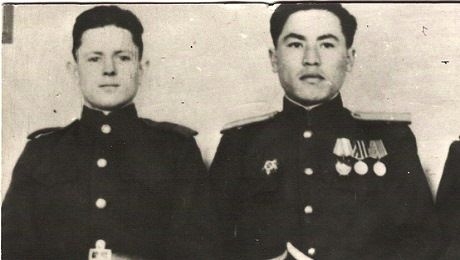 There were twelve Kazakhstan division by the end of the war. All of them obtained honourable titles. Five of the twelve was awarded one order, four division obtained two orders and two units — three orders.

Kazakhstan combatants bravely fought on the fronts of the Great Patriotic War. The Victory in it was achieved at the cost of enormous efforts and sacrifices of the peoples of the anti-fascist coalition. The Soviet Union lost over 27 million people. Approximately 410 thousand of them were from Kazakhstan. We mustn’t forget those pages of our history. The years of the most terrible war and the greatest Victory influenced the following development of the world.