Home News Other Mukan Tulebaev. One of the great musicians of the Universe

Mukan Tulebaev. One of the great musicians of the Universe 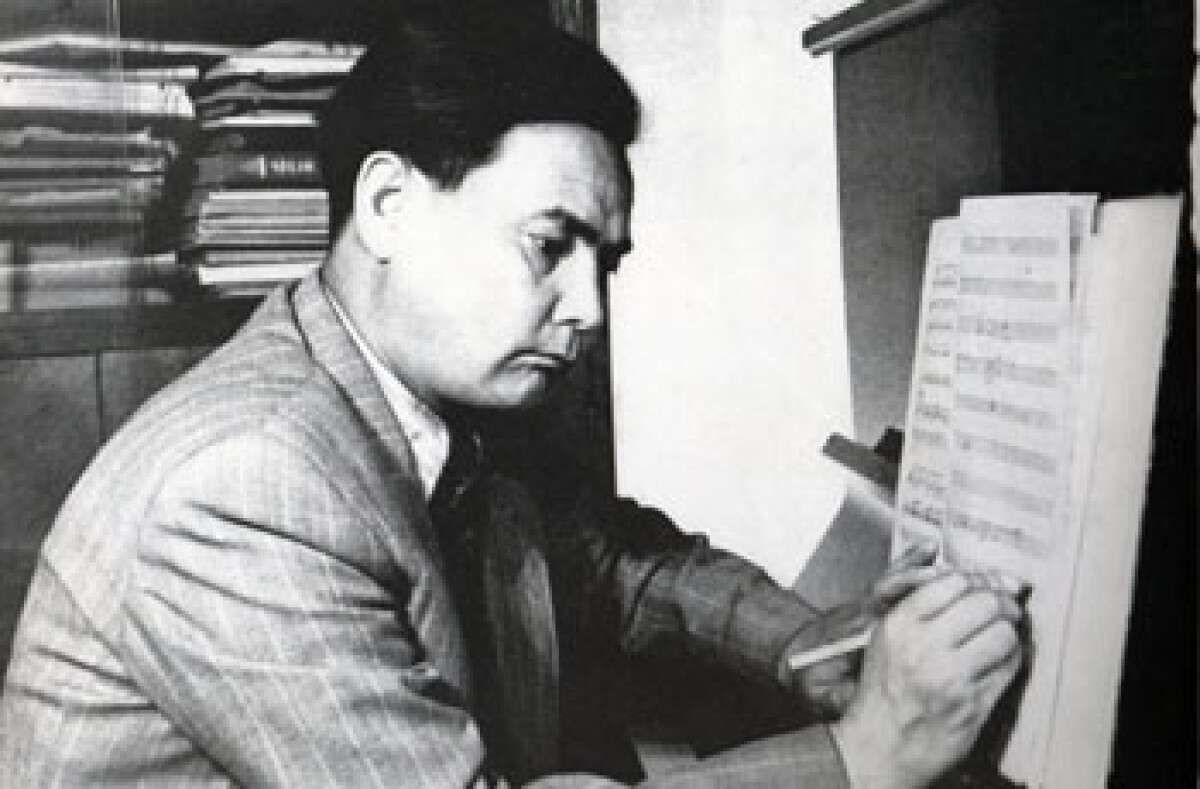 Today we celebrate the 102th anniversary of the outstanding Kazakh composer Mukan Tulebaev. His life was extremely short and very vivid.

The real name of the prominent composer, People’s Artist of the Soviet Union and classical author of Kazakh music is Mukhamedsalim Tulebaev. Mukan is a short name which was used by his relatives and contemporaries. This name was used during all his life. Mukan Tulebaev was born on March 13, 1913 in the village of Sameke (Karashagan), Burlyutobinskiy (now Sarkandskiy) area, Almaty region.

Mukan obtained his musical and poetic talent from his mother Tazhibala. She grew up in a large family. Her father was known as an expert on folk music. Mukan’s mother wrote poems, composed music for them and sang songs. Her brother Apyrbai was famous akyn and dombyra player. He taught Mulan to play dombyra when he was 6 years old. All these facts definitely influenced Mukan’s choice of future profession.

When he studied at school Mukan wrote poems and music. He obtained primary education in the village and worked for the local administration. Later he entered the Kapalskiy Pedagogical College. However, he had to return home when his father died. Mukan worked as an accountant but actively participated in concerts and aitys competitions. In 1936 among the best amateur musicians, Mukan was sent to the city of Alma-Ata. In August 1936 the talented young man entered the Moscow National Conservatoire named after Tchaikovsky. So, his musical education started when he was at the age of 23.

Chronic lungs disease was the reason why Mukan stopped studying the vocals and was transferred to the Composition Department where he started playing piano.

The war burst into the life

In 1941 after 5 years of education, Mukan Tulebaev was aspiring to enter the main course of the Conservatoire but the Great Patriotic War began. Like many other students, he wished to go to the front. But he was refused to be recruited because of health problems. He returned to Alma-Ata and wrote several song which became famous in the future, including "Kanatym" ("My Wing"), "Zhoryk" ("The Campaign"), "Zheniske" ("To the Victory"), and to name but a few.

The most difficult years of the war created the need for patriotic songs. The first Kazakh composers Akhmet Zhubanov and Latif Khamidi wrote operas entitled "Abai", "Tolegen Tokhtarov". Mukan Tulebaev and Evgeniy Brusilovskiy were the authors of the opera "Amangeldy". The work on this composition made them friends. And their creative cooperation resulted in the creation of the first anthem of the Kazakh Republic which sounded more than 60 years.

Working on the opera "Amangeldy" Mukan Tulebaev started creating another opera entitled "Birzhan and Sara" based on folk poem about singing competition between Kazakh akym and composer of the 19th century Birzhan-sal and poetess Sara Tastanbekova.

The opera was premiered on the stage of the Abai Academic Opera and Ballet Theater on 7 November 1946. The opera was a riot. And in 1958 it was staged at the Bolshoi Theater in Moscow. It was a triumph of Mukan Tulebaev. After that he was recognized as the People’s Artist of the Soviet Union.

In 1959, Mukan Tulebaev fell ill. Together with his wife he went to a health centre in Borovoe which was famous by its healing air. In 1960 the composer passed away.

The article is based on the materials of Bulat Mustafin,
Musicologist and member of the Composers’ Union of Kazakhstan