Home News Women that left trace in the history of Kazakhstan

Women that left trace in the history of Kazakhstan 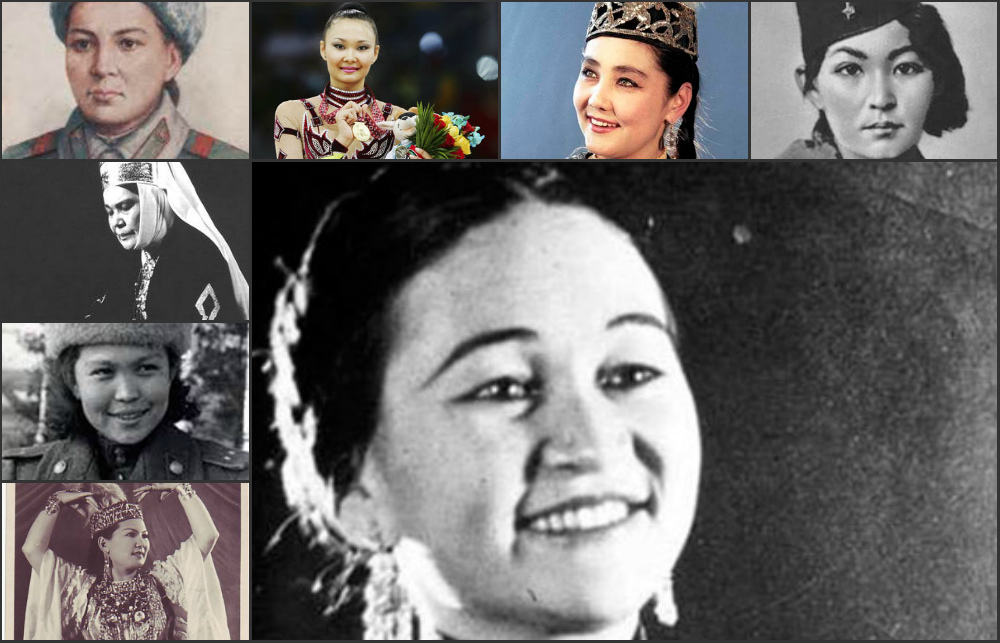 On the eve of celebration of International Women’s Day March 8th, we would like to present the names of the women whose names forever remained in the history of the country.

The history of mankind at all time and all people saved a huge number of examples how brittle and weak women were so talented as actresses, famous poets and heroes. Our history is also full of such women. In the historiography of the Great steppe there are many female names about whom there were songs, verses, poems and whose names turned into legends. Certainly, we are unable to write about all of them, we will give a few examples of unprecedented courage, talent, power of inspiration and victories.

Some researchers believe that the role of the Khan Abulkhair in the history of the Great steppe could be absolutely different, unless his wife — khansha Bopay. Khansha distinguished by her attractive appearance and deep intelligence, strong-willed character and self-sufficiency determined by independence in her judgments and political tact. Thanks to her strong influence on her spouse and his surrounding, historians consider her as one of the most outstanding Kazakh women of an era of the Middle Ages and modern times. 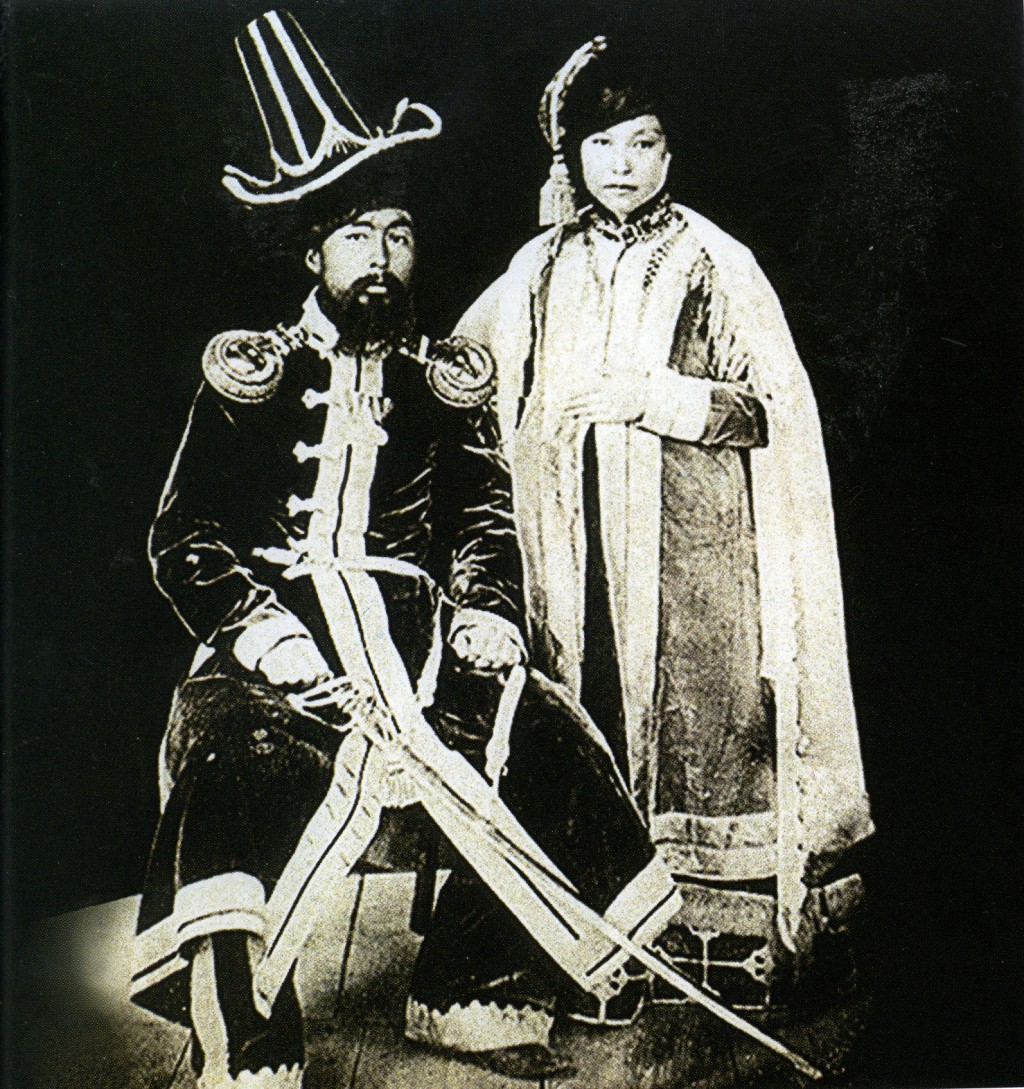 women of the time. She was very beautiful, educated and wise woman. At the coronation of Emperor Nicholas I, where she accompanied her spouse, all participants noted education, manners and language skills of the wise khan. It is known fact that she supported Zhangir khan and many times helped to get out of difficult situations.


Saying about great women, it is necessary to recall those who along with men went into battle for the sake of the freedom of the people.

Aytolkyn, daughter of the Sultan Abylay, Esenbike, daughter of Karasay batyr, Aibike, daughter of Bulanbay batyr and many others side by side with their fathers, husbands and brothers took a part in fight against Dzhungars. It is known that Gauher, the wife of Kabanbay batyr, led reconnaissance group. She participated in all major battles. Afterwards, having become mother, she sent her daughter Nazym to the war.

During the Great Patriotic War, women show not only unprecedented heroism, but gave their lives for the sake of the Victory. Three girls, daughters of Kazakh land, were included into the chronicle of the Great Victory. Being young girls they went to the front and fought for their country side by side with men. Hiuaz Dospanova became the first Kazakh female pilot, machine gunner Manshuk Mametova and sniper Aliya Moldagulova became Heroes of the Soviet Union. 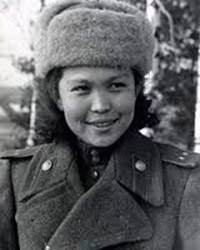 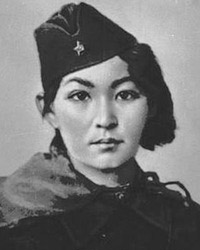 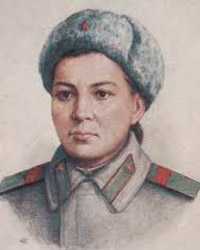 Unfortunately, the long-awaited message about the Great Victory only Hiuaz Dospanova was able to hear, Aliya and Manshuk died of being seriously injured in furious fight with fascists
Once, already in post-war period, Hiuaz Dospanova flew to Moscow in business trip. She was delayed on conducting monitoring at the airport. 'What are metal things in your suitcase?" - asked airport employees. It was her jacket, covered with medals and awards. She was awarded the Order of Red Star, World War II degree, the Red Banner, medals "For Defense of the Caucasus", "For the liberation of Warsaw" and "For a Victory over Germany".

These voices warmed souls of soldiers in a heavy wartime, their songs sounded from all loud-speakers of each corner of the republic, their concerts looked on the first black-and-white TV sets, gathering in front of screens the whole families, with friends, neighbors. 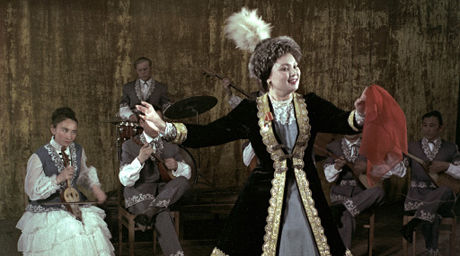 Honored actress of the USSR and Kazakhstan Roza Baglanova was also soldier. She did not participated at war, but with her voice she supported spirits of soldiers of the homeland. Roza Baglanova, once recalled that it was not passed 20 minutes as she started singing the song, and the officer came running to her: "dear sister, please, do not sing too loud. Fascists began to fire. They think that with this song we go to attack".

Kulyash Bayseitova, the first Kazakh opera singer, was entitled the Honored actress of the USSR when she was only 24 years old. The first Kazakh opera written by Evgeny Brusilovsky was created for her. The enthusiastic audience carried out her from the hall on hands, she was invited to different events of the head of states. 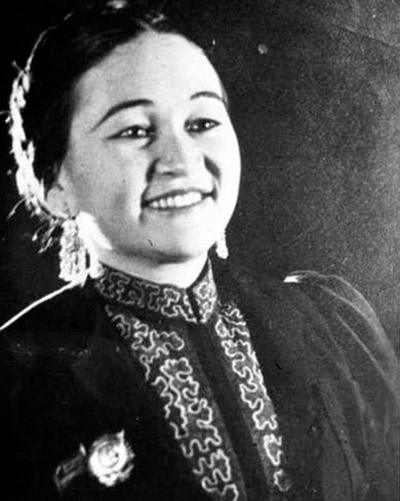 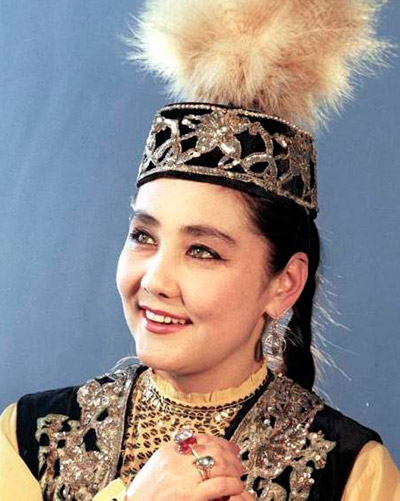 For powerful force and beauty of voices Kulash Bayseitova and Bibigul Tolegenova were called "the Kazakhs nightingales". Bibigul Tulegenova never aimed at big halls and known scenes. She was with people and when she was invited. Not many know that UNESCO included Bibigul Tulegenovu in number of twenty outstanding women of the 20th century. 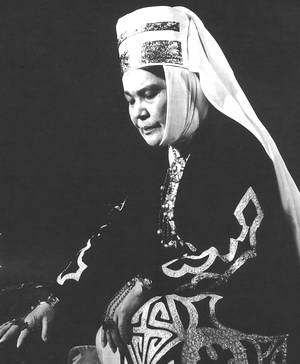 The actress Khadisha Bukeeva played on stage of the Kazakh state academic drama theater named after M. Auezov till the last days of her life. Can you image to be 69 years on a scene of theater! She played more than one hundred difficult roles which became masterpieces. Along with actor’s operation she brought up some generations of pupils. Contemporaries recall that there was nobody than her who could know actors so well. She said: "There are actors, clear as the refrigerator: there is a benefit from them, but no warm. And there is no riddle in such actors: when they on — they work. And there are others, who unclear as day or as night. But you suddenly understand that you do not watch behind them, and you live in the world which they create". 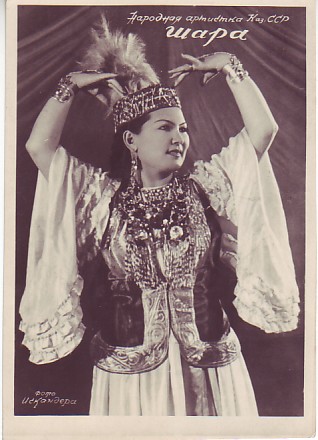 The talent of the well-known Kazakh dancer, teacher, honored actress of Kazakh the Soviet Socialist Republic Shara Zhiyenkulova is quite impressive. Many national Kazakh dances which are executed on concert scenes today were created by this woman. To develop national dancing art Shara Zhiyenkulova traveled across the country, studying life, traditions and customs of different regions. The dances "Tattimbet", "Ayzhan kyzz", "Kara zhorga" and "Kyryk kyz" became results of these trips.

"Higher, faster and stronger" These women bypassed this Olympic formula and became the fastest and strongest.

Olga Shishigina — the most "fast-running" woman in Asia, the champion of the Olympic Games of 2000 in run on 100 meters with hindrances. 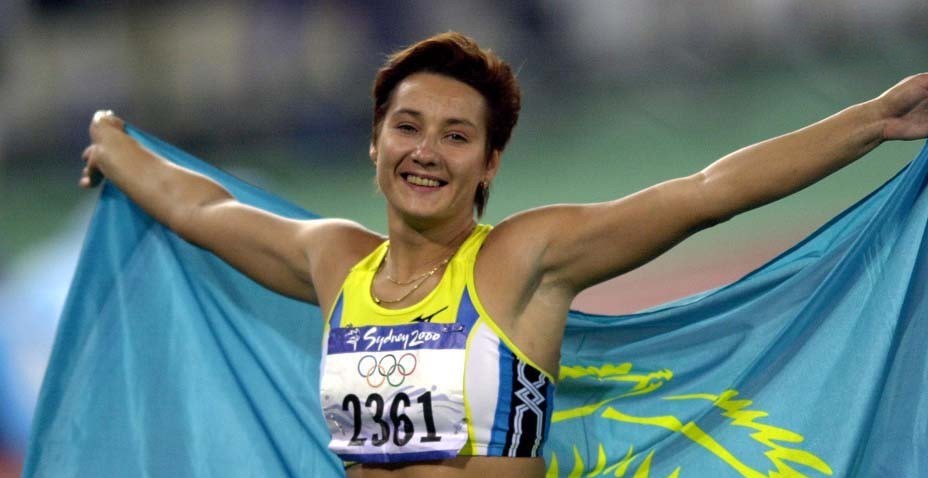 Aliya Yusupova — a legend of kazakhstansy rhythmic gymnastics, and now the head coach of the national team. 12 times she was the champion of Asia, absolute champion of Kazakhstan from 2000 to 2009, the winner of Asian games of 2006, by results of the World Cups entered to top 10 of the best gymnasts of the planet. 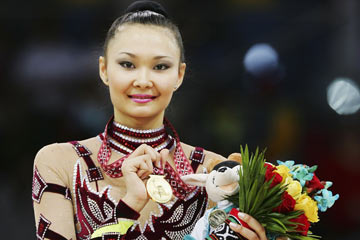 Use of materials for publication, commercial use, or distribution requires written or oral permission from the Board of Editors or the author. Hyperlink to Qazaqstan tarihy portal is necessary. All rights reserved by the Law RK “On author’s rights and related rights”. To request authorization email to mail@e-history.kz or call to 8 (7172) 57 60 13 (in - 1163)
Қазақша Русский English
MOST READ
Month Year
Kazakh historical drama Tomiris premiered in Istanbul
ALASH IDEA IS THE PROTECTION OF KAZAKH STATEHOOD
Stolypin about the worries and hopes of immigrants to the Kazakh steppes
A tireless explorer of the Kazakh land
SWITCHING TO THE LATIN ALPHABET – UNITE ALL KAZAKH PEOPLE
Kunaev Dinmukhamed Akhmedovich
People who eat horses will kill you
Kazakhstan's participation in the Winter Olympics has a long history
Rebooting a field of science and education
Recorded history of Kazakhstan. Part 1
Historical Dates on the Bosphorus
Recorded history of Kazakhstan. Part 2
Materials on theme
100 unique sites: Mausoleum of Mashkhur Zhussup Kopeyev
Participants of “Ulttyk mura” rally visited South Kazakhstan
Constitution Hall in the National Academic Library RK
The "grandfather-historian" lives in the Zhambyl region.