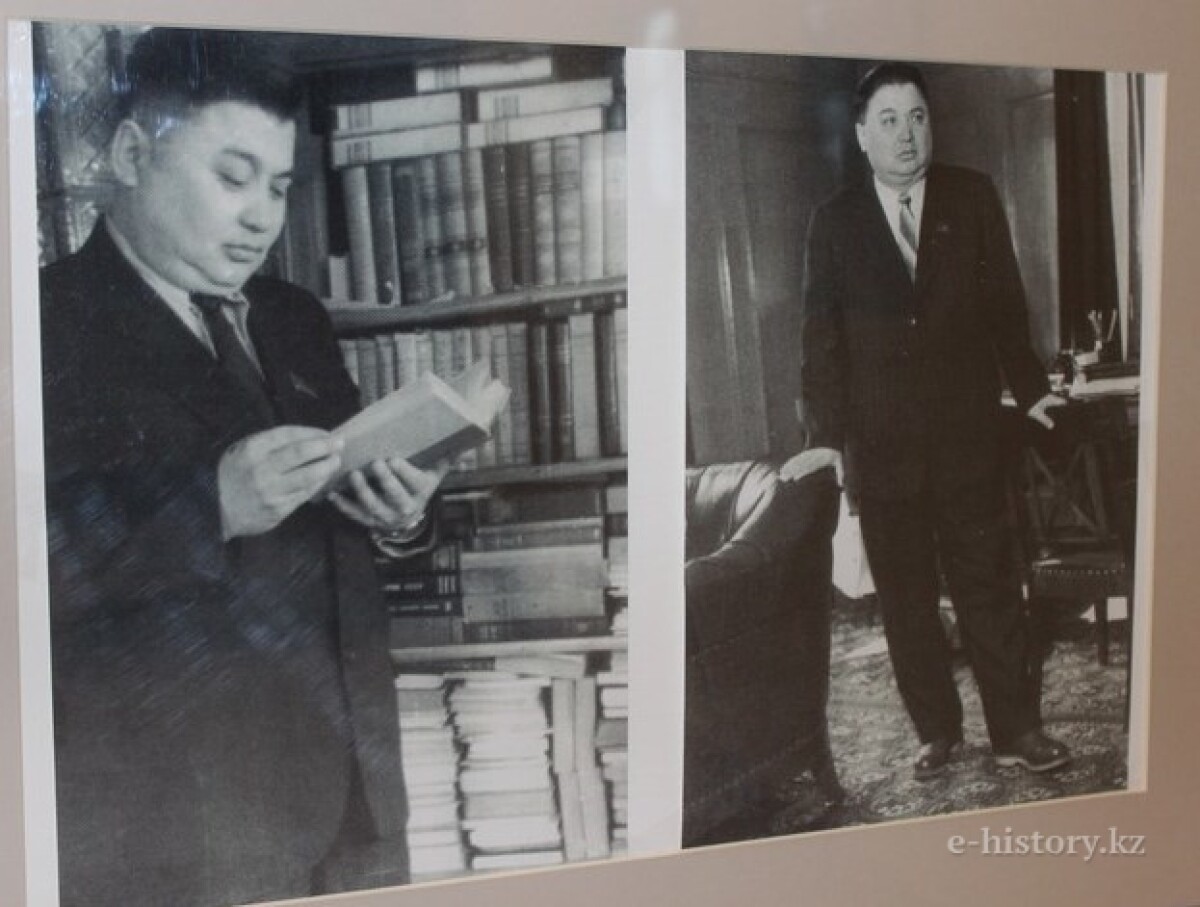 The opening ceremony of the exhibition dedicated to the 100th anniversary of Zhumabek Tashenev will be held in the Independence Palace on February 25, 2015.

Our generation has to pay tribute to the memory and express respect for the person whose life is an example of selfless service to the Homeland.

Working as the Chairman of the Presidium of the Supreme Council and later the Council of Ministers of the Kazakh SSR Zhumabek Tashenev made great efforts to preserve territorial integrity of Kazakhstan, advocated importance and financing of many economic and industrial projects in the republic. In the 1950s-60s, the public activity of Zhumabek Tashenev obtained typically humanistic nature. At that period, Tashenev was the head of the commission on rehabilitation of unjustly repressed sons of Kazakh nation. He also was the person who initiated the successful organization on the Decade of Kazakh Art and Literature in Moscow in 1958. Tashenev is well known for its efforts to protect the interests of outstanding representatives of the scientific and cultural sphere in Kazakhstan. This person impressed everybody by his empathy with common people. He could quickly solve their problems

The exhibition in the Independence Palace, Astana, is dedicated to the 100th anniversary of Zhumabek Tashenev which the country celebrates this year. The event is organized with the active assistance of the Department of Culture of Astana. The exposition demonstrates personal belongings of Zhumabek Tashenev, including photographs, manuscripts, books, certificates, binoculars, and to name but a few. The exhibition will give visitors an opportunity to feel the spirit of the period which is lost in the history and, simultaneously, get acquainted with intellectual sphere of Zhumabek Tashenev’s life.

According to the press release of the Independence Palace, a press conference will be held before the opening ceremony of the exhibition. The official part of the event will be attended by numerous Kazakhstani public figures, scientists, and representatives of the mass media. There will be some special guests: Tashenev’s sons Sayan and Murat.

The exhibition dedicated to the 100th anniversary of Zhumabek Tashenev will remain in the Independence Palace (Astana) until March 25, 2015.