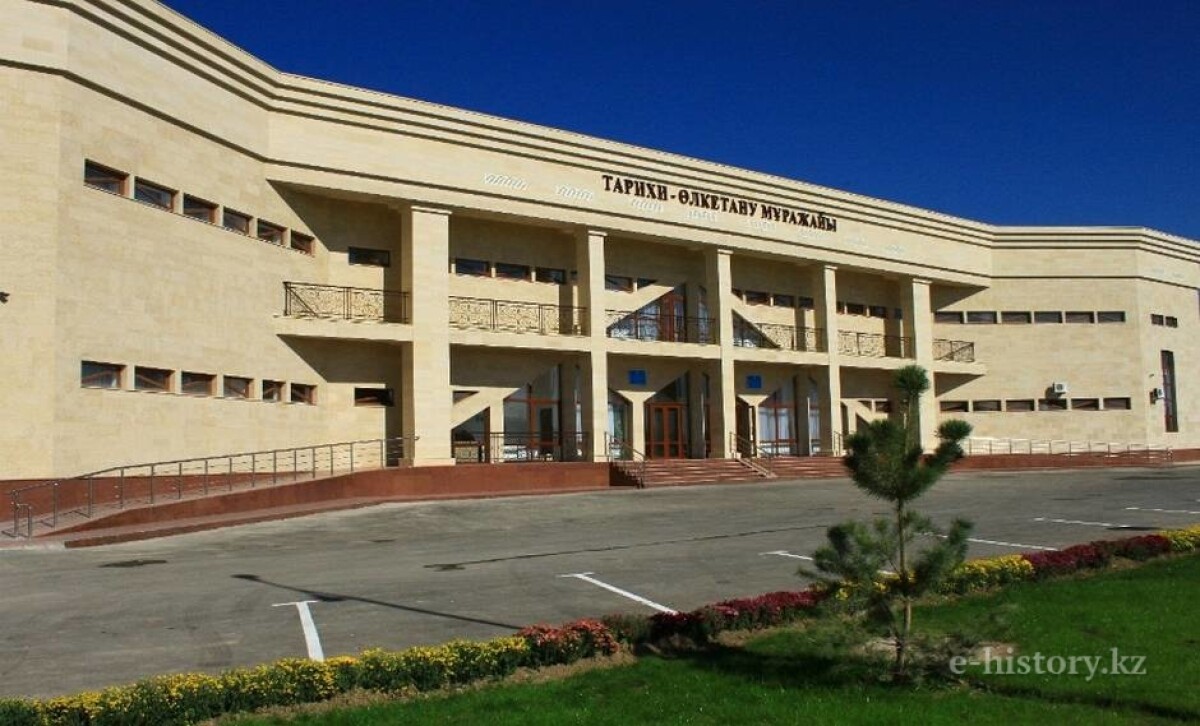 Museum of South Kazakhstan Regional History was opened in 1920. Over the period of its existence, the museum has experienced several reforms and renaming. The opening ceremony took place on August 22, 1920. At that time, it was called the Chimkent Pedagogical Museum and Pedagogical Laboratory of Syr-Darya Regional Department of National Education. The main purpose of the institution was supply of visual educational materials to schools. 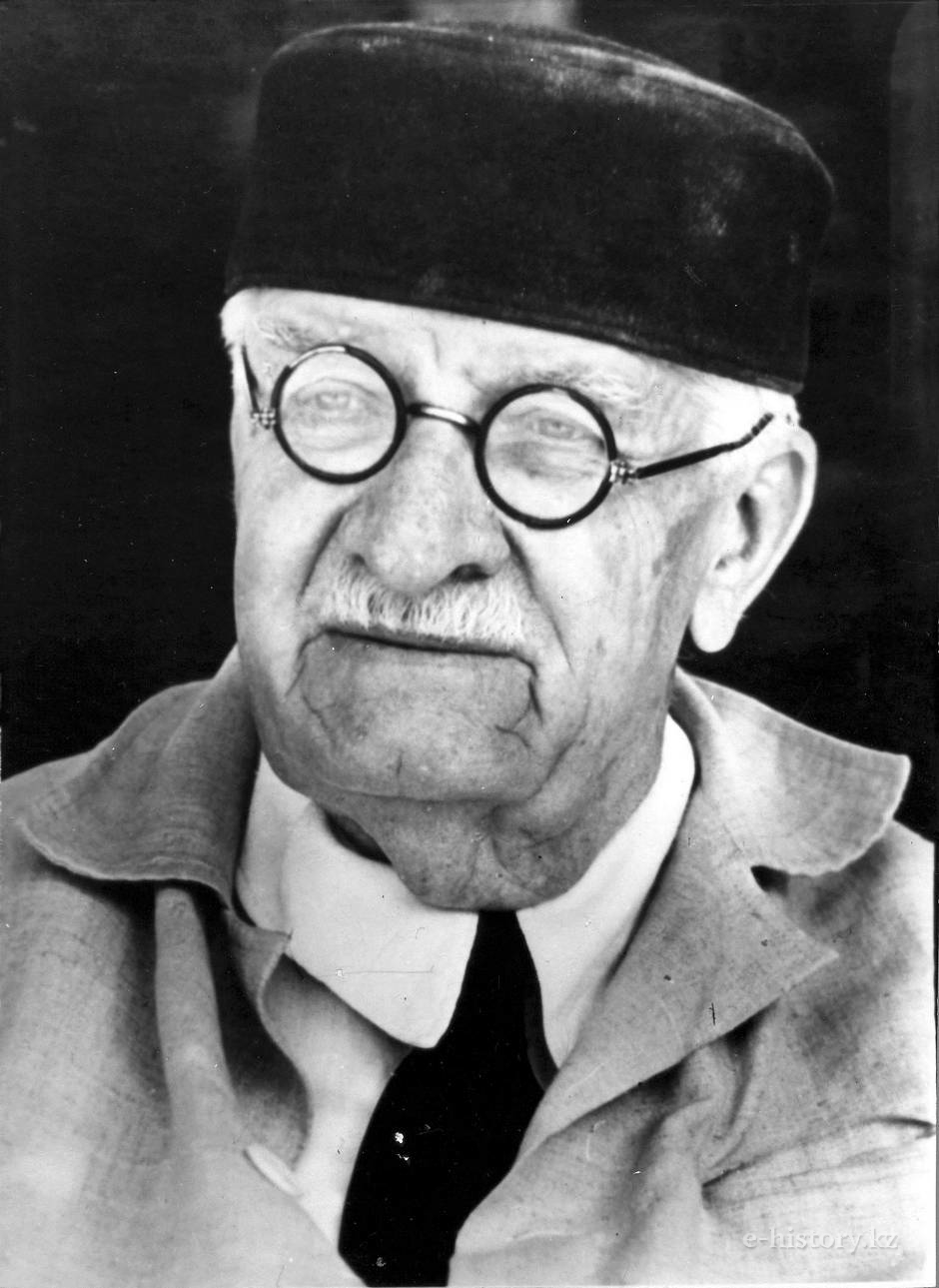 In 1925 to reorganize the museum Research Fellow of the Central Asian Museum Mikhail Masson was sent to the city of Chimkent. Subsequently his name became known to the whole world, he was a famous orientalist, honoured scientist of Uzbekistan and Turkmenistan and obtained the title of Doctor in History. His report on conducted restoration works is one of the evidences of the development of the museum.

After the restoration, the museum functioned in the two spheres: study of productive forces of the region and its history. The following development of the museum was affected by the hard work of local historians, including B. Trizn, T. Shpot, N. Rudnev, M. Bykov, N. Meklenburtsev and many others. In 1926, Professor P. Massagetov initiated an expedition aimed at the study of santonica wormwood. 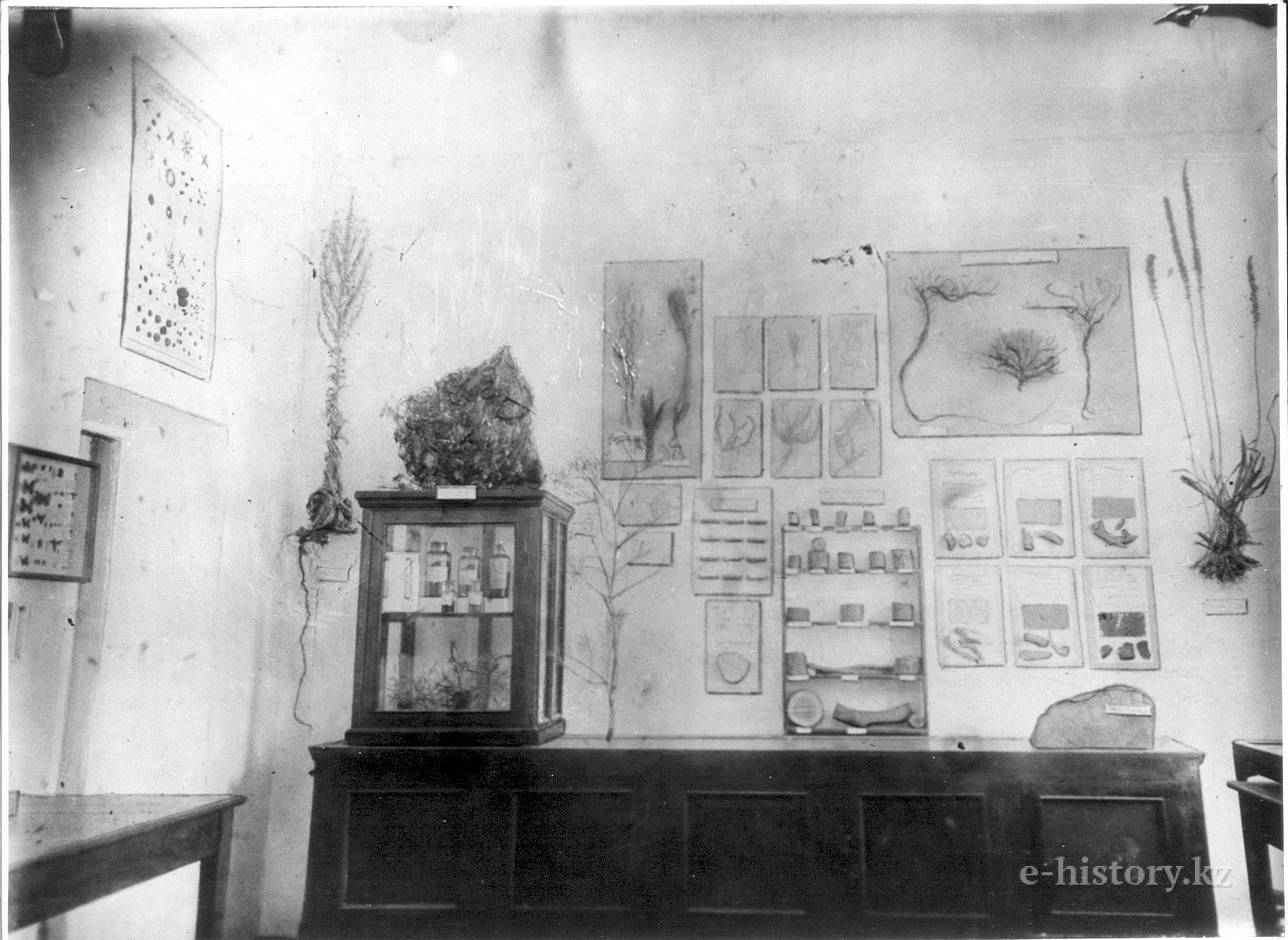 Samples of santonica wormwood, collected by the expedition of professor Massagetov

In 1927, expedition of research fellow of Hermitage Yakubovskiy went to the settlement of Sygnak and mausoleum Kok-Kesene. In 1928-1929 scientists organized topographic expedition to define the exact location of wells and other water sources of the Moyynkum desert and expedition for studying the life of nomadic Kazakh clans and collection of ethnographic, botanic and zoological materials. They became exhibits of the museum. 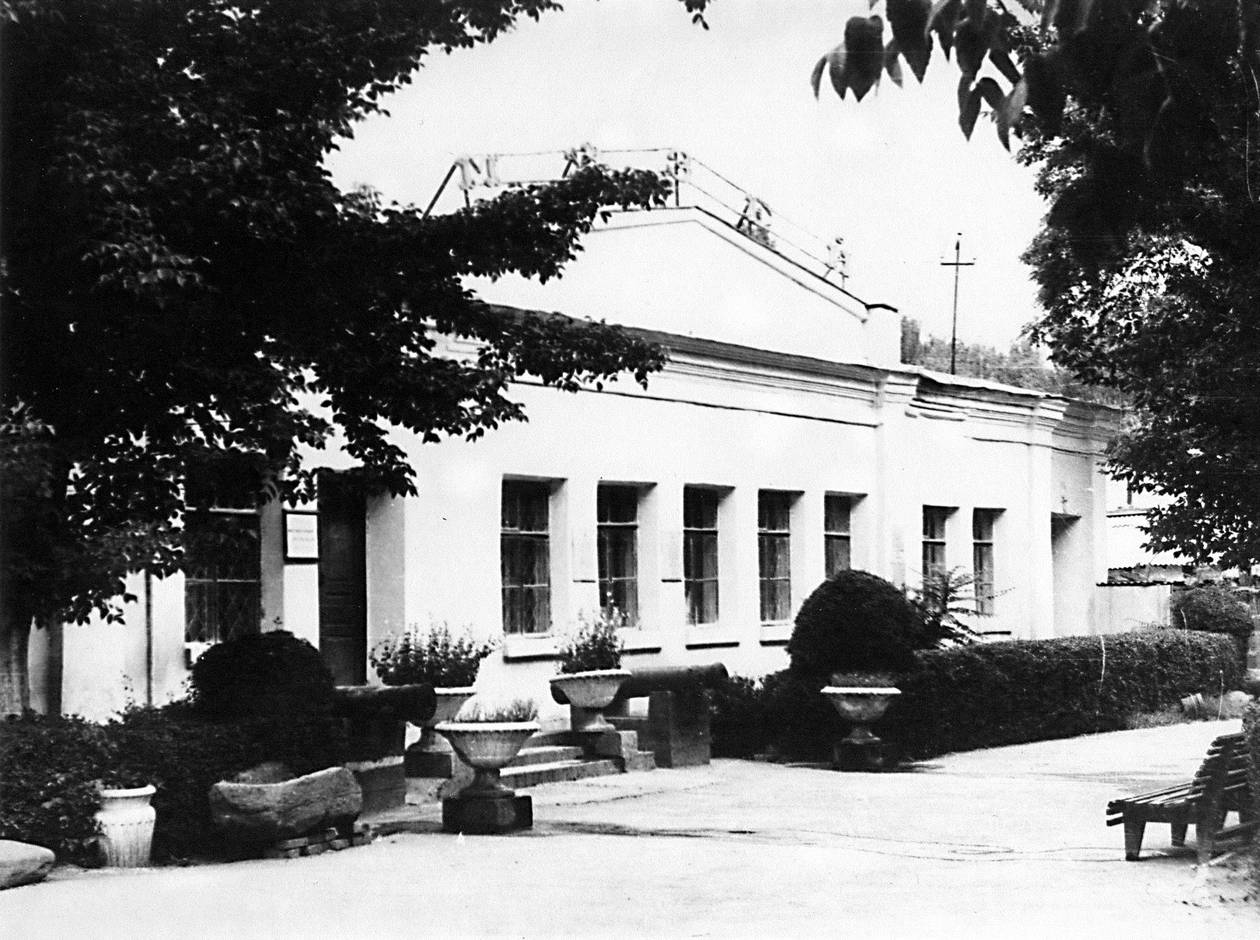 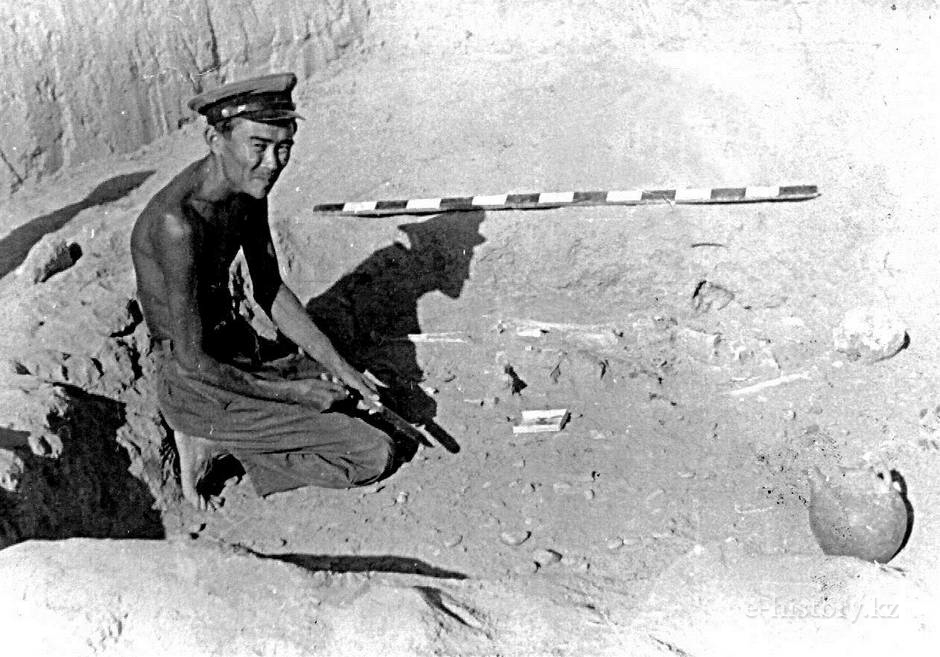 The Museum long participated in scientific expeditions aimed at studying Otrar and Turkestan. In the 1980-90s, the museum organized its own expeditions to the settlements of Altyntobe, Zhuzimdik and Zhuantobe, Kultobe, burial ground of Borizhar and many other places. Today the museum continues it work in Borizhar and as a part of Turkestan archaeological expedition. 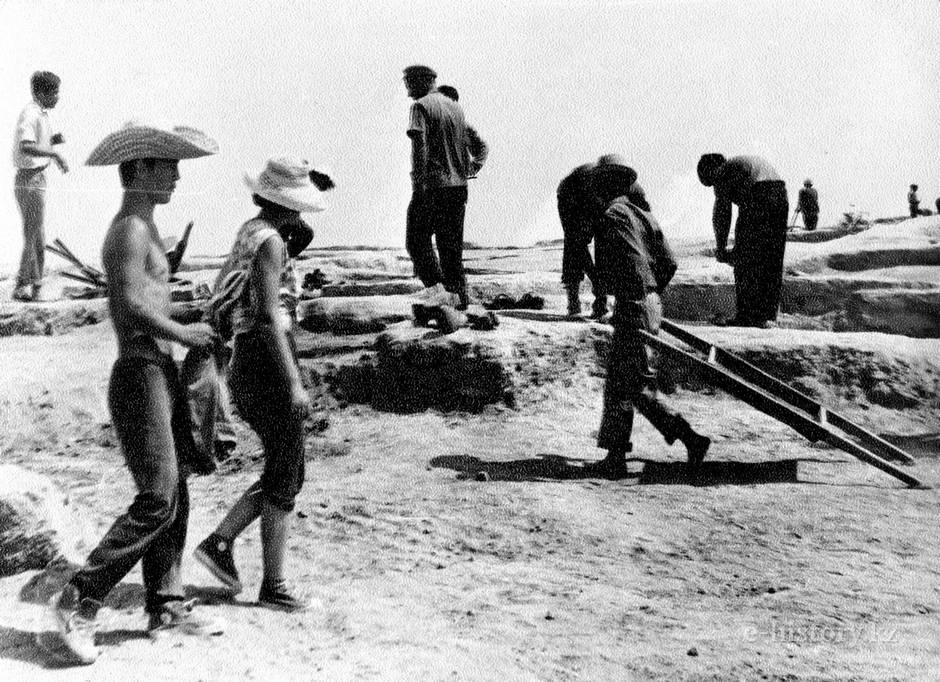 From the moment of its opening and till 1975 the museum was located in the building of administration of Shymkent region. In 1977, it moved to a new building. 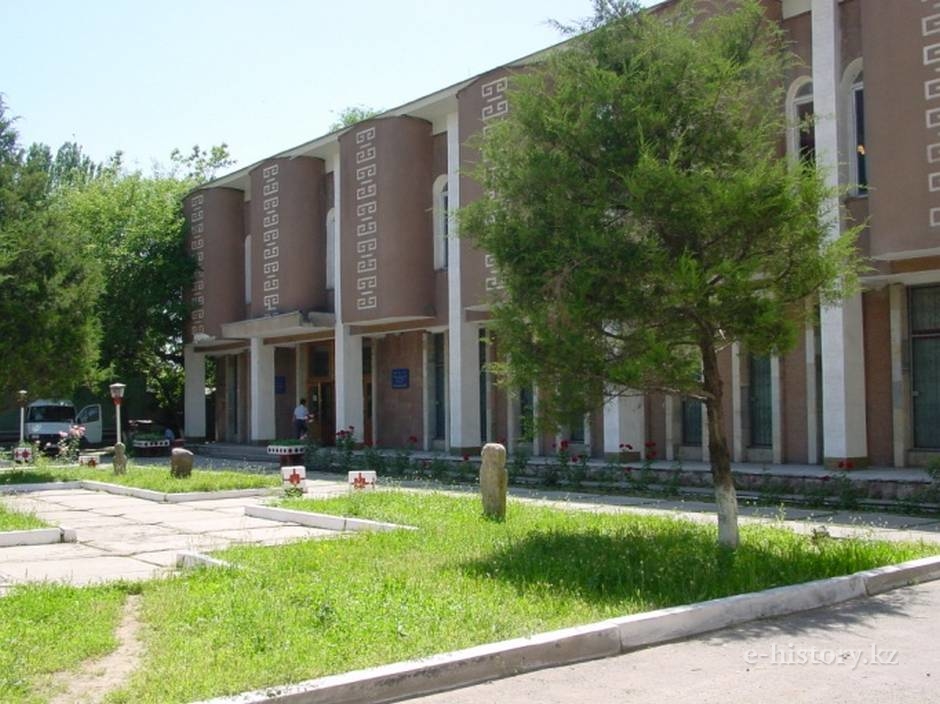 Former building of the museum

In 2014, the Museum of Regional History moved to a new building which meets all modern requirements. Its opening ceremony was attended by the President Nursultan Nazarbayev. The total area of the museum is 2541.81 sq. m. and area of exposition halls is 1060.12 sq. m. The museum consists of the four halls, including "Nature, Palaeontology and Archaeology", "Ethnography", "Kazakh Khanate and New Century", "Independent Kazakhstan". 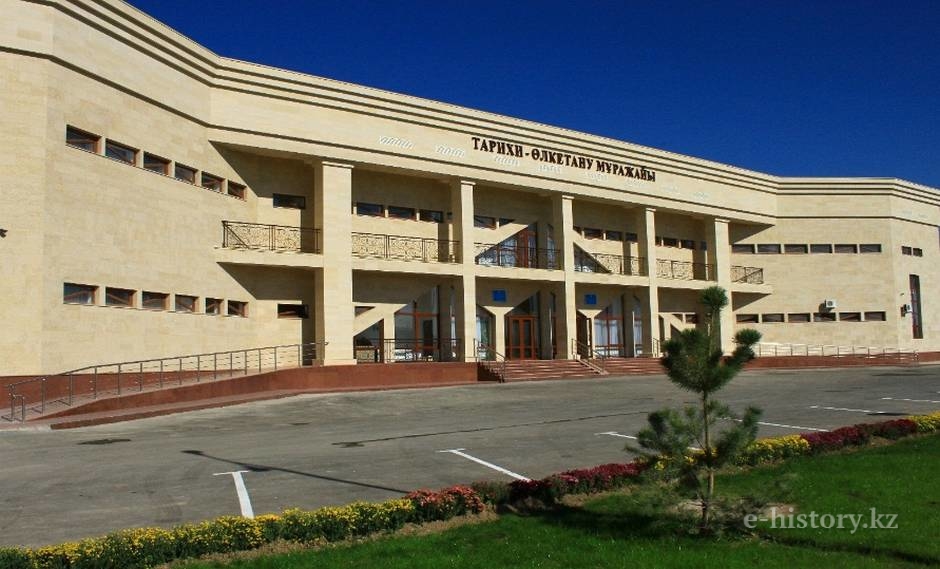 At the moment, the museum and its branches have 91 787 exhibits. A scientific library, containing over 6 500 scientific works, is a part of the museum. It is visited by 100 000 people a year. Every year the museum organizes more than 1000 excursions and 90 mass events, over 100 permanent and movable exhibitions. 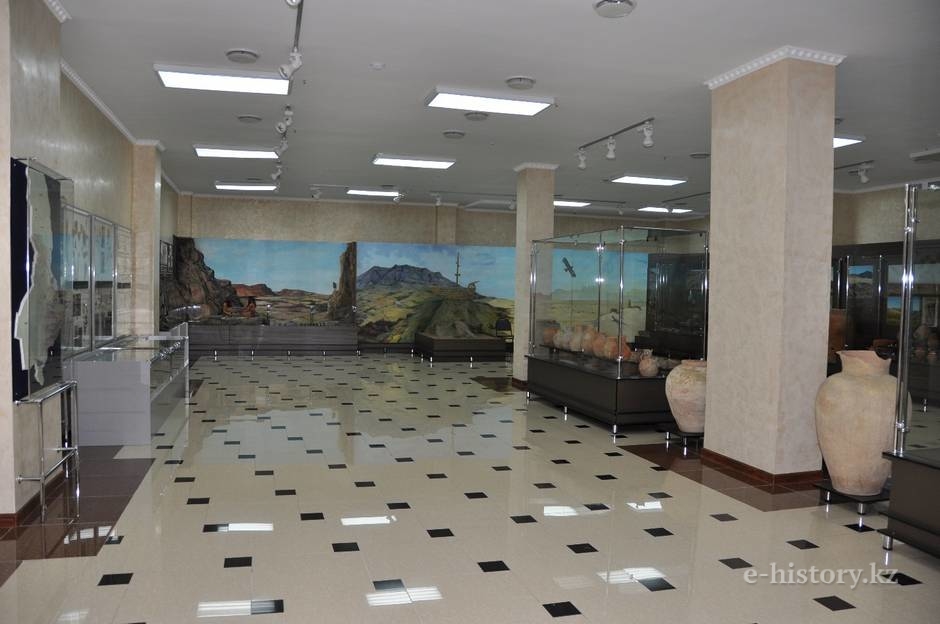 In this exposition visitors will get to know about regional nature, rare plant species of South Kazakhstan, and natural recourses of the region. 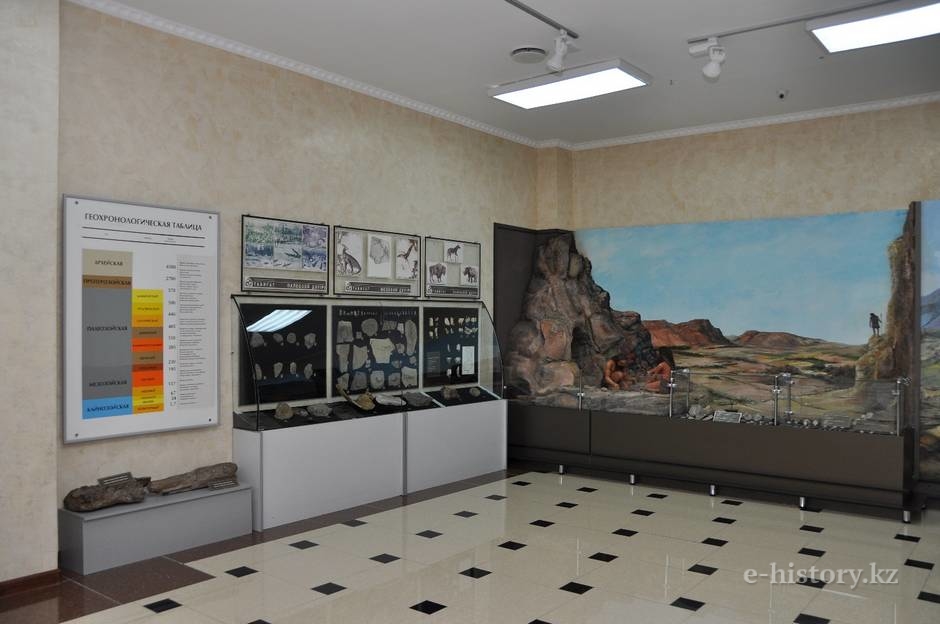 Here you can find information on geographical characteristics of the region, emergence of life on our planet and geological periods. It also preserves remains of skeletons of rare animals discovered the mountains of Kyzygurt and Karatau, trunks of fossilized trees, fishes, herbs and insects. 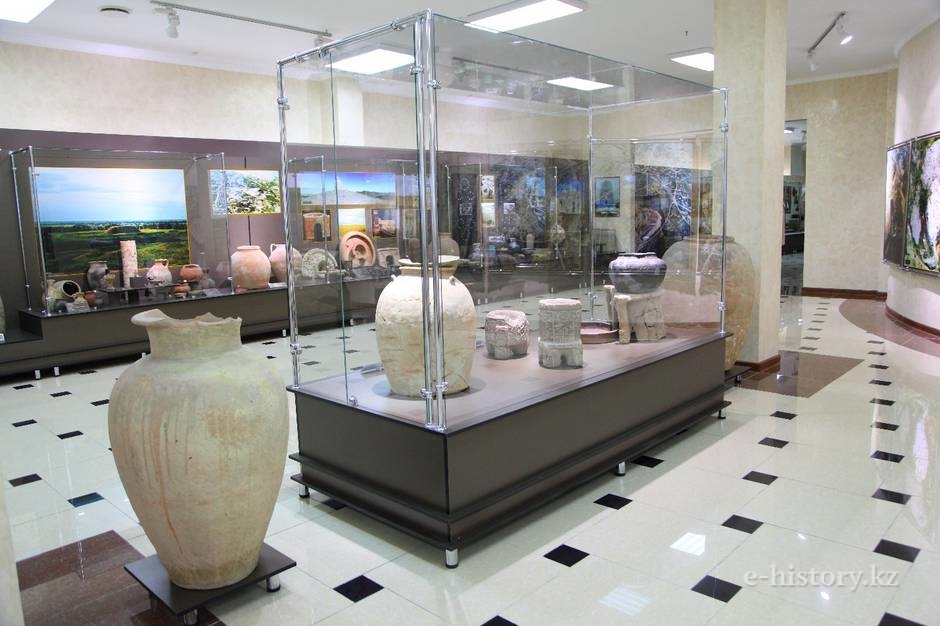 In this hall you will see the history of the Stone, Bronze and Iron Ages and be taken to the period of the Wusun, Scythians and Kangly. Everybody has an opportunity to see exhibits telling about establishment of Turkic states. The exposition also demonstrates findings from burial grounds of Kultobe, Borizhar, and Altyntobe. It has exhibits discovered during archaeological expeditions in the area of ancient cities of the Great Silk Road such as Otrar, Shymkent, Sairam and Turkestan. 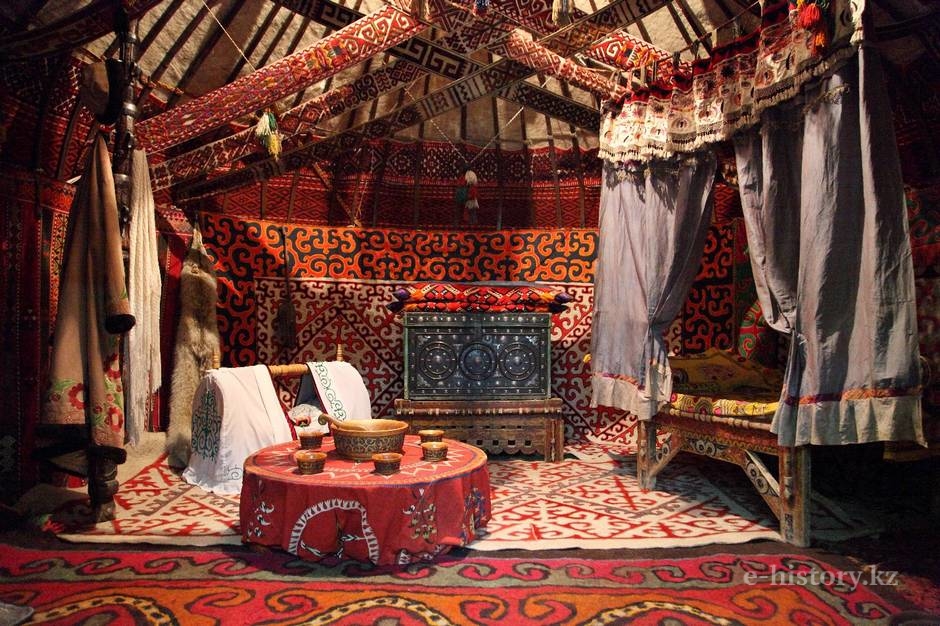 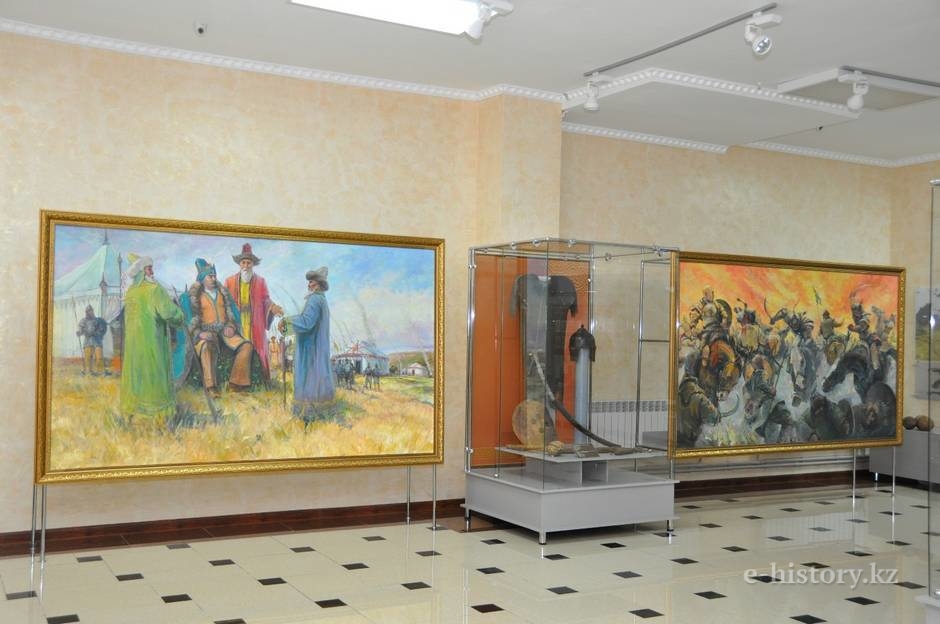 This hall exhibits relics related to the 15th century (period of establishment and development of the Kazakh Khanate) and objects of the 15th-18th centuries, including ancient books, clay jugs and weapons. Everyone also has an opportunity to see the exhibits of the time when modern South Kazakhstan was a part of the Kokand Khanate and the Russian Empire. 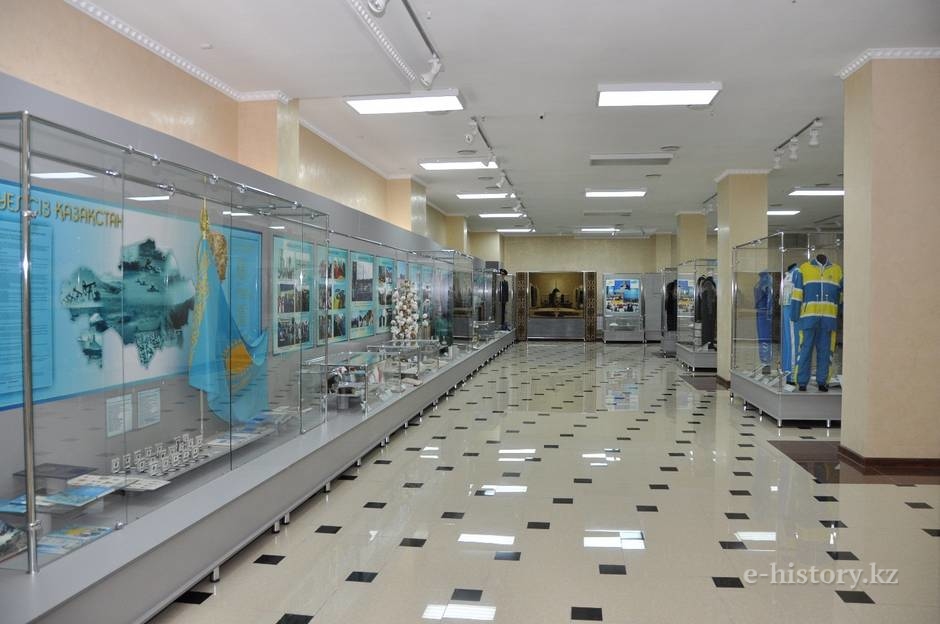 Having visited this hall you can learn about the Declaration of Independence adopted in 1991, State Symbols of the Republic of Kazakhstan, national currency, achievements of Independent Kazakhstan and South-Kazakhstan region in the sphere of economy, agriculture, industry, culture and sports.

Museum of South Kazakhstan Regional History is situated in the city of Shymkent, Baydibek Bi Avenue, 115a