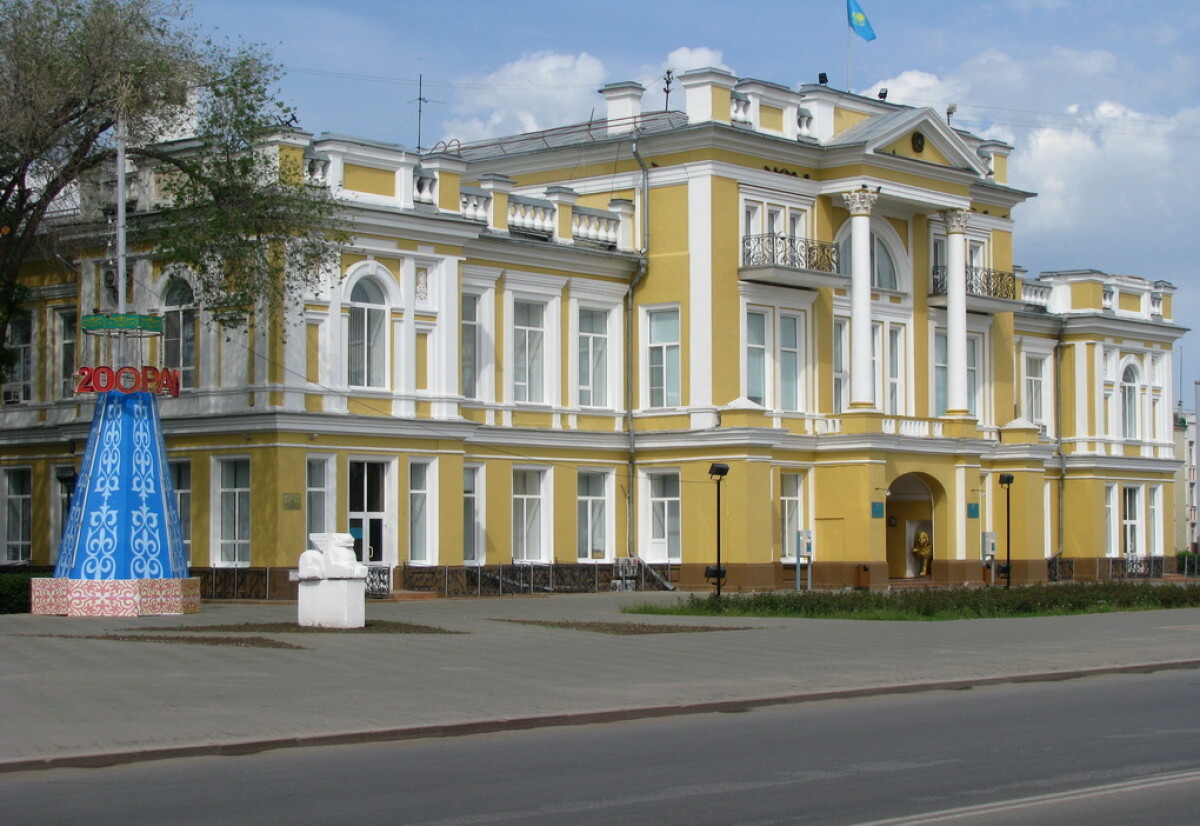 Once in the building of akimat (regional executive authority) of the West Kazakhstan region in the city of Uralsk the Russian commerce and industry bank, constructed in 1904, was located.

The Russian commerce and industry bank, constructed in 1904, once located on the building of akimat (local executive authority) of the West Kazakhstan region in the city of Uralsk.

Today, the monument of architecture of the nineteenth century locates on the same place, although, this are now has changed its name, stopped being called Turkestan and named after the great Kazakh philosopher Abay.

The Russian commerce and industry bank located in the place of this three-storey building before revolution. The first floor of the building is basement,the second almost at the same level with the sidewalk for shops and the third for bank and the exchange bureau. From the left of a main entrance there is notary office and on the right side there is a shop. 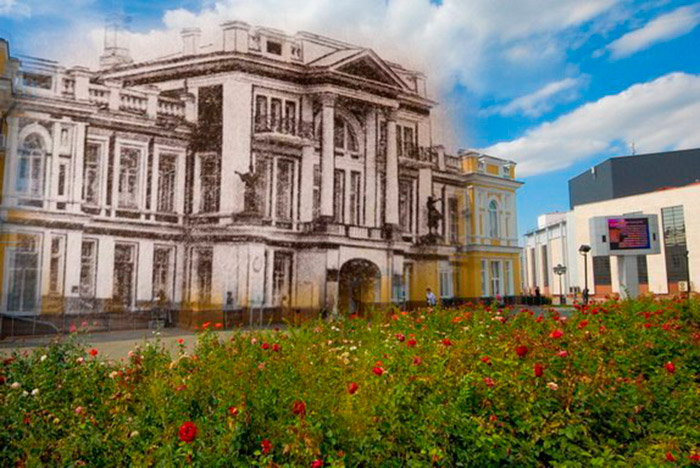 The project of the building of bank belongs to the architect A. Bunkin. Data, which show that all shod design of the structure, was made by the master of cold forging P. Laptishkin, and construction was led by the famous railway builder N. Rayevsky, who were invited from Moscow, remained. 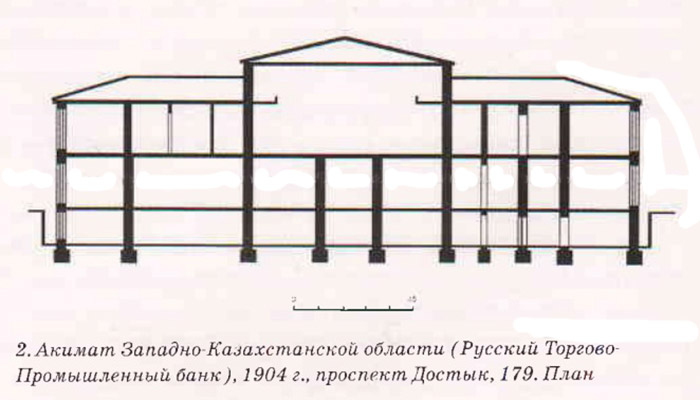 The building of the bank on perimeter was surrounded by an openwork fencing of decorative ditch. Rich modelled and color plastic of a facade was organically combined with refined grids of balconies. The snap of the building was the portal pushed forward decorated with columns with sculptures. Citizens called commercial bank «white bank». The pharmaceutical shop of Kompaneyts, shop of the merchant R. Funk, hairdresser’s Gryaznov, commercial teahouse, restaurant, the exchange hall and the apartment of the bank manager once located in this building. 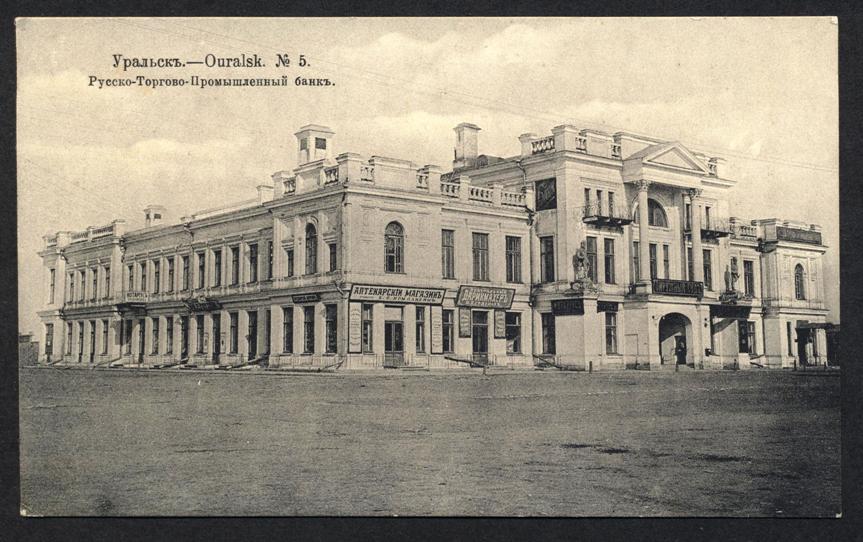 After revolution of 1917, city and regional Councils of working, soldier’s and Cossack deputies located at the building of commercial bank. In 1919, Committee provincial of Communist Party of the Soviet Union and provincial committee of Komsomol located was here. The Ural regional council of deputies worked here over the years.

Today, the akimat (local executive authority) of the West Kazakhstan region locates in this historical building.