The history of resettlement of Chechens and Ingush to Kazakhstan 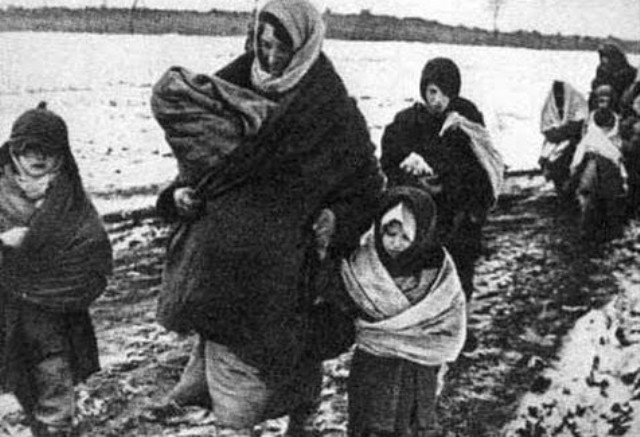 S.Geroev, the chairman of the Chechen-Ingush ethno-cultural center “Vainakh”, Astana, member of Assembly of People of Kazakhstan, talks about the relocation of the Chechens and Ingush to Kazakhstan

t was 1944. The War had passed through the Dnieper and kept moving to national borders. The passenger trains went frequently crammed with people returning from evacuation. It seemed that everything was in motion. But everything moved to the west. However, from the end of 1943 and beginning of 1944 with the same endless stream the trains filled with people were pulled to the east.

Somewhere in provincial halts the mysterious train stopped. From the passenger wagons had been jumped submachine gunners and opened heavy doors of cabooses. Elderly people, women and children stood leaning on the blocking crossbar. Sometimes, the locals came to stare at the strangers, followed by guards dressed unusually for local people not wintry light clothing. Who are they? Where are they from? What crime they committed? And where they are taken? 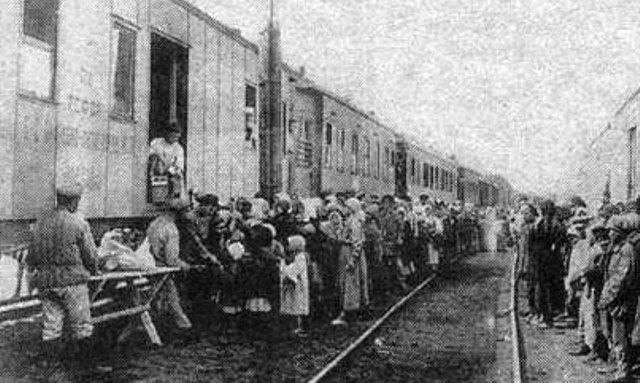 Nobody knew anything. Nobody even supposed to know that these people were subjected to very cruel repressions by Stalin-Beria’s plan to destroy the history, culture, language and literature of entire people, including Vainakh people.

At 5.00 am on February 23, 1944, on the Day of the Red Army in the houses of Chechens and Ingush began to break the soldiers and officers with machine guns, rifle and pistols. By yelling, shouting and with the physical force they made elderly people, women and children to get out the bed and drove everyone to the street. They were drove to mosque, schools and gardens. Around them were installed security with rifles and machine guns at the slightest perturbation ready to open fire. The officers announced them that from now they become traitors and enemies of the people and therefore by the decision of the Soviet government will be exile permanently to the Central Asian republics, Kazakhstan and Kyrgyzstan.

All of them were driven into wagons, which completely unsuitable for the people transportation. According to the NKVD, 180 trains were sent that had 493, 269 citizens of Ingush and Chechen nationality. Residents of villages that located in hard mountainous areas Khaibakh, Targa Tsori, Gulim and Monkara were burned or shot.

The wagons crowded with people, had no bunks, stoves and wind blew in the slot. Elderly and sick people were laid on the bunk. Women and children sat on the floor. Youth stood up on their way, slept by leaning on each other. The stop was used to clean the wagons from the dead bodies. The corpses could be seen along the roads and rural outskirts.

Meanwhile, there were massive robberies in the cities and villages. Everything was stolen, cattle, carpets, cloths, daggers, books, historical and family relics and paintings. The monuments of 14th and 18th centuries, residential and military towers, temples and tombs were stolen.

It was hard to explain such a wild solution. First of all, it is unrealistic statement that "Chechens and Ingush joined voluntarily to the corps of Nazis". There were no corps of Chechens and Ingush involved with Nazis. Especially, that Chechen-Ingushetia was never occupied. Perhaps there were some criminal elements. But what nation never had them? And they had to act against the will of their people.

The majority of healthy and strong men-vainakh fought with the enemies in the front. Thousands of people died defending their motherland. Thousands of them were awarded with medals. The most honored ones received the highest state award — the Hero of the Soviet Union. They were Khanpasha Nuradilova, Irbayhan Beybulatov, Abuhadzhi Idrisov, Hasolt Dachiyev and others. There are different opinions of scholars and public figures about the numbers of Heroes of the Soviet Union among the Chechens and Ingush. I. Rybkin, while he was the Secretary of the Russian Security Council, said that "by the end of the war there were 56 heroes of the Soviet Union".

This is only among those who said: "I am Chechen, I am Ingush". However, there were Chechens and Ingush, who wanted to get the highest rank of Hero, claimed themselves with other nationality. They knew about the Stalin’s secret decree № 6362, released in March 1942, about prohibition to award Chechens and Ingush with high rank military awards for their feats. Dozens of Chechen soldiers were presented with title of the Hero of the Soviet Union, but did not get them. Dzhabrail Kortoyev, Yaponec Abadiyev, Ali Ibragimov and Balto Amirov twice had been presented to this title. This award did not get Abdullah Tcoroyev, Matash Mazayev, Zayindi Halidov, Abdul-Kahir Shabuyev, Duda Enginoyev, Zhamaldin Gairbekov and others. Only in May 1990, the Hero of the Soviet Union became Movlid Visaitov, the Heroes of Russia Murad Ozdoyev, Ruslan Gudantov, Ahmet Malsagov, Shirvani Kostoyev, Magomed Uzuyev, Dasha Akayev, Kanta Abdurahmanov and Movladi Umarov. In our times the Heroes of the Soviet Union became Ruslan Aushev, Sulmabek Oskanov, the Hero of Russia became the current Head of the Republic of Ingushetia Yunus-Bek Evkurov and the Head of Chechen Republic Ramzan Kadyrov.

While sons and daughters of Chechen people were fought bravely on all fronts of Great Patriotic War, the elderly people, women, disabled war veterans, children, who mourn those killed in the battles for the liberation of the motherland, were taken under escort as prisoners.

The first years of exile, thousands of people died of hunger, diseases, without anything to live were unable to adapt to the new climatic conditions. There were threat of extinction of ethnos with its culture and language.

For the first time local people treated Chechens tolerantly. However, the government introduced us the traitors. What would have happened if two doors of houses were closed in front of us? Our sorrow and grief shared representatives of other nationalities like local Kazakhs, Russians, Ukrainians, Germans and others. They gave the opportunity to warm up, eat and drink. Children were given milk and bread. The most important they had shelter. The current generation of Chechen does not remember a single case of scandals and quarrels. They lived in peace. 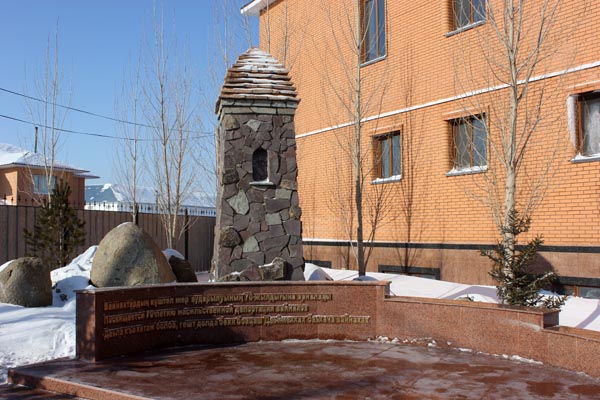 This willingness to share the last piece of bread and sincere compassion to the fate of Chechens was the largest and most expensive reward. Many noble deeds were committed by representatives of the Kazakh, Russian, Ukrainian and other peoples in the protection of Chechens from abuse and arbitrariness of the Stalin-Beria’s heartless campaigners. Up to now, with great reverence I remember the families of Akhmetov, Sarsenov, Gafarov, Levins, Seliverstov, Toskin, Vakengut, Geshev and others, who lived in the village Zhuravleka in Akmola region, as my own relatives with love and affection. There were thousands of such caring families and peoples. They treated us as their brothers. Injustice of authorities did not separate, but instead united people with different nationalities, faiths and fates. As the result of the eviction, the sense of national pride and patriotism of our people were humiliated. Injustice and the label "the enemy of the people" left a foot print on the psychology of people. We have had long road of hell in the earth.

Historically, Kazakhstan become home to over 130 nationalities. Some people came voluntarily, some of them forcibly deported and hundreds of thousands of people came here to explore new lands. Thus, the dominant part of the history of Kazakhstan of 20th century it is the history of ethic and cultural cooperation of ethnicities. The Kazakh land turned to the area of coexistence of different ethnic groups and lifestyles.

We pay tribute to the national mentality of the Kazakh people, its characteristic feature, which has absorbed the kindness and benevolence to the peoples who in penetrated frosts and snowstorms of steppes warmed, fed and gave the shelter, in particular, to Chechens. This type of attitude saved the half of Chechens from destruction.

Materials on theme
Absattar Khoja Derbisali: “Thirty scientists with the name Farabi originate from Otyrar”
"Golden Thread of History" in national products of Aizhan Abdubait
An exchange of views on activities of the web portal "History of Kazakhstan"
Roundtable on the subject “South Kazakhstan during Kazakh Khanate”