Home News Other The Old-Timer Buildings. The house of merchant Karev

The Old-Timer Buildings. The house of merchant Karev 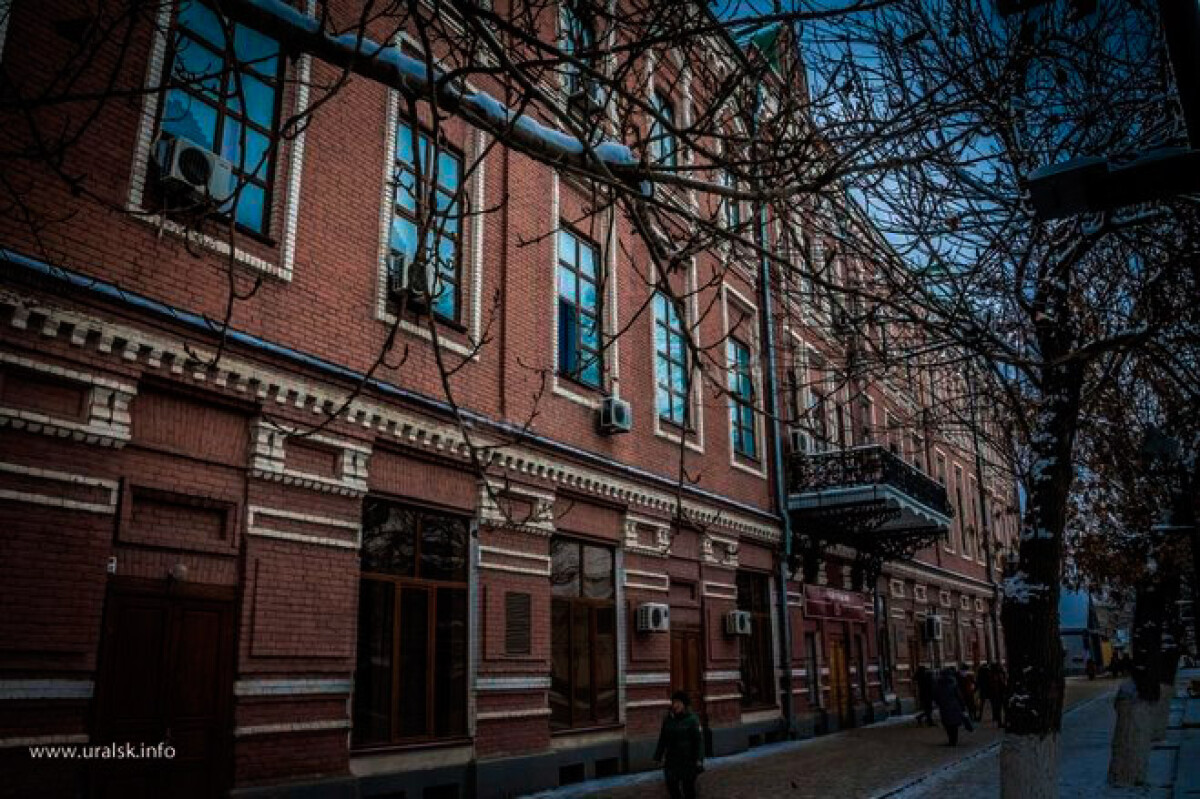 In Uralsk everybody knows the house of merchant Alexander Timofeyevich Karev. This famous building has been the cultural center of the city for over 100 years

Journalists of the e-history. kz web portal launch new section — "The Old-Timer Buildings". It is devoted to famous buildings of each city in our republic, their existence at different times in history, their owners and modern purpose. These touching witnesses of the past do not need addresses — they have become landmarks and meetings places.

In 1900 a huge building was constructed in Uralsk on the corner of Bolshaya Mikhaylovskaya Street and Mostovaya Street.

It still stands out from other buildings in the city by its size (it covers an area of almost the entire quarter) and height (three unusually high levels and the roof reaching a height of another level seem like it was made intentionally). 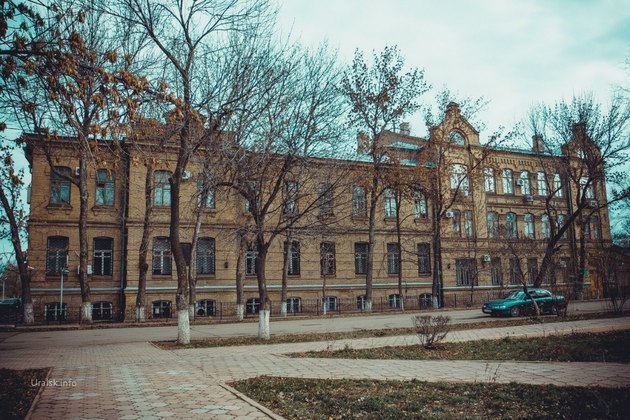 Perhaps, it is one of those few buildings in the city which do not require mention of the address. Over 100 years it has been known as the house of merchants Karevs. The huge residence of the Karevs has become a symbol of power of Ural merchant class in 19th-20th centuries. 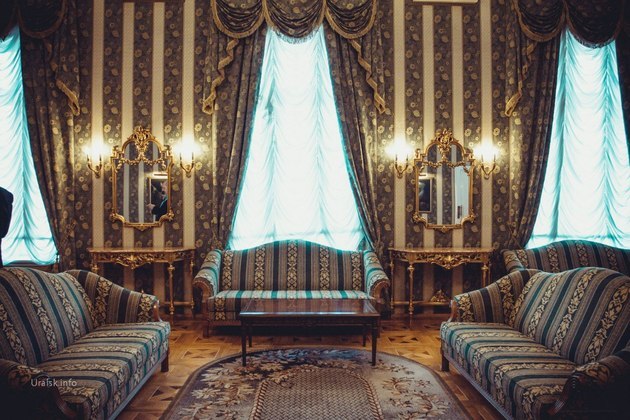 The building was constructed in 1900, as it is mentioned on the roof. It’s rumored that during the verification of construction works somebody sawn scaffolding; the house owner died when he set foot on it. After the death of Alexander Timofeyevich family business was successfully continued by his widow Darya Fedorovna. She died of typhoid fever in 1919 in Serebryakovo village.

In the spring of 1907 electric lamps flashed in the house of the Karevs; they lightened up huge shop windows. Power plant, located on Mostovaya Street, had capacity only for Big and Small (modern building of bank located nearby) houses of the Karevs, two neighboring houses of the Ovchinnikovs, commercial club, ataman’s house and a part of Bolshaya Mikhaylovskaya Street from Commercial Bank to ataman’s house.

Initially the house of the Karevs was constructed as trade and commercial building rather than residence. Before painting of the house in 2000 people could see "Rooms" message made by black paint on the northern wall. Indeed, originally, there were rooms: hotel was located on the third floor, officers’ assembly, transformed from army’s assembly in 1909, — on the second floor. From 1914 school for boys, established in 1912, was situated on the upper floor. The lower floor of the Karevs’ residence was allocated for shops. 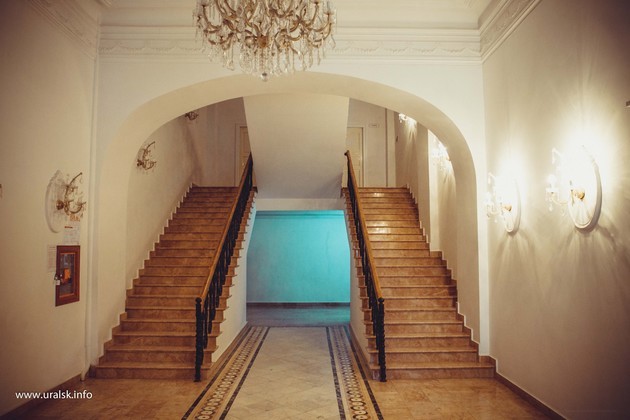 In 1908-1909 the so-called "Elektro-Bioskop Patte" and "Parizhskiy kinematograf" ("Paris cinema") worked in the hall on the second floor. Moves were presented with the accompaniment of piano and violin. Ticket prices were too high for most people — 20-40 copecks (50 copecks for loge). At the same time, in a market pike perch cost 5 copecks, pound of rye-wheat bread — 2,5 copecks and pound of black caviar — 90 copecks. Children and pupil paid half price.

In 1919, during the heroic defense of the city, units of the Red Army formed voluntary working detachments in the building. Lenin’s telegram received in critical stage of fight and addressed to defenders of Uralsk was read there.

On December 14, 1919 the second floor and the hall of the Karevs’ house were transformed into the Palace of Labor named after Karl Marx.
In 1934, when the Secretary of the Central Committee and Leningrad Regional Committee of the Party S. M. Kirov was killed, the Central Committee ordered to launch extensive campaign to immortalize his name. Then the building became the house of Kirov and Mostovaya Street was renamed Kirov Street.

During the Great Patriotic War there was a hospital. Later the third floor was again allocated to hotel. In different years famous Soviet writers stayed there. They are: P. P. Vershigora, N. I. Rylenkov, Ye. N. Permitin, T. M. Zharokov, G. M. Musrepov, I. P. Shukhov, Kh. Yesenzhanov, A. I. Aldan-Semenov.

Nowadays regional philharmonic theater and library, brought there in 1944, are situated in the house of the Karevs. At the present moment big house of the Karevs is a house of mind and soul. In one part of the house people read books filling their mind with wisdom; in another — music sounds like an echo of somebody’s exited soul. 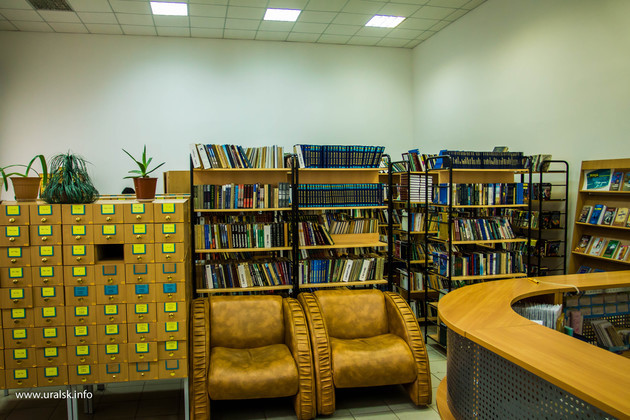 Regional library at the house of merchant Karev 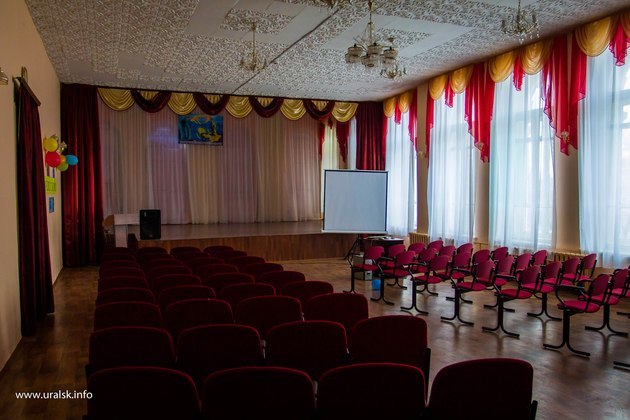 Hall of the regional library at the Karev’s house

The article was provided by the Uralsk.info portal