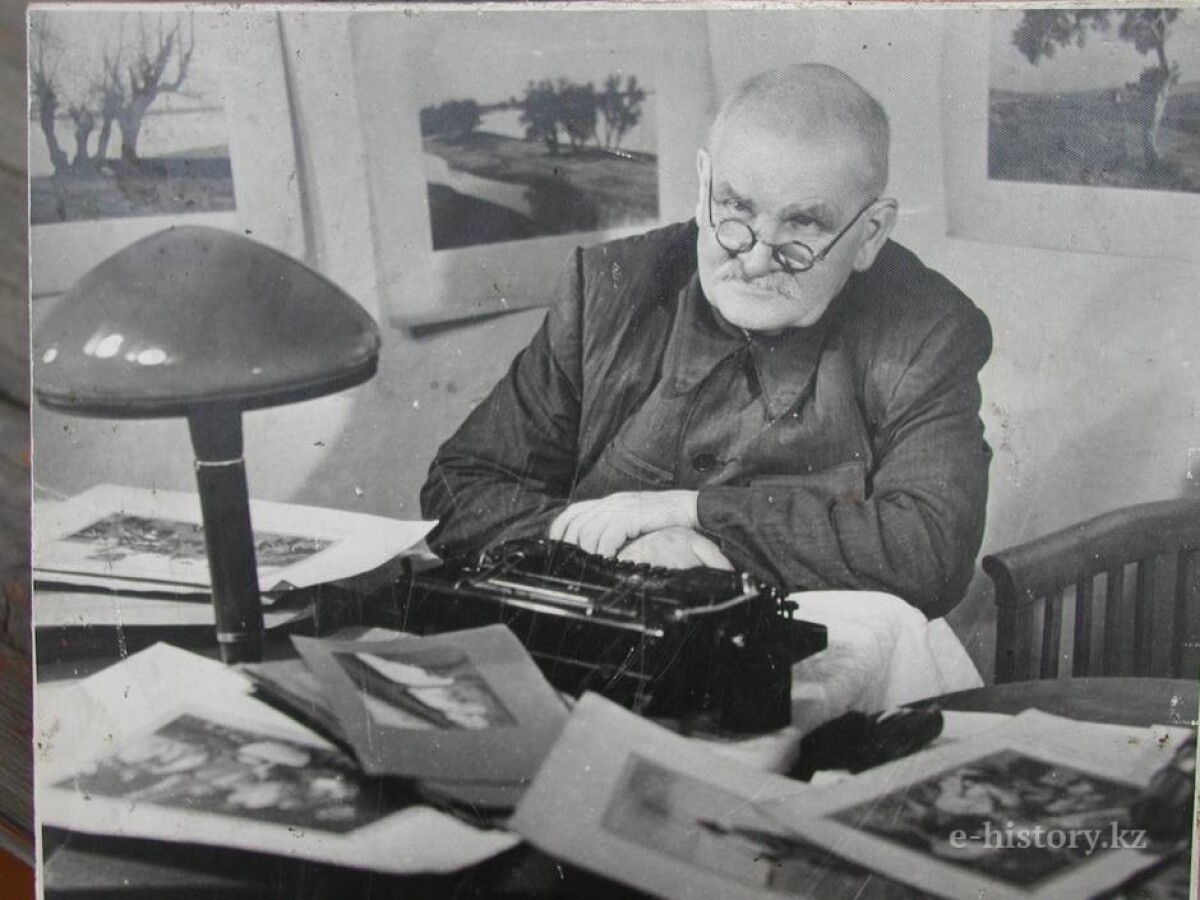 “Photo is not simple entertainment, the photo – is science, art; photo – the certificate of time” (from D. Bagayev’ diaries).

These words were vital credo of the well-known photographer, local historian, founder and the first director of the Regional historical museum named after G. Potanin — Dmitry Bagayev.

Bagayev was born in far from Pavlodar in Tumany Vyatka province in 1884. In 1899 he arrived to Pavlodar on earnings, and in 1905 he opened the city’s first photographic salon and began to rent the room in Postnikov’s wooden lodge on Telegraph Street. Bagayev built photo pavilion, the biggest in the city, with natural light from side and ceiling, to a lodge in 1910.

Stage portraits helped D. Bagayev to earn for life, and his true calling was shooting of daily reality, the lives of ordinary people every day turns into a story. 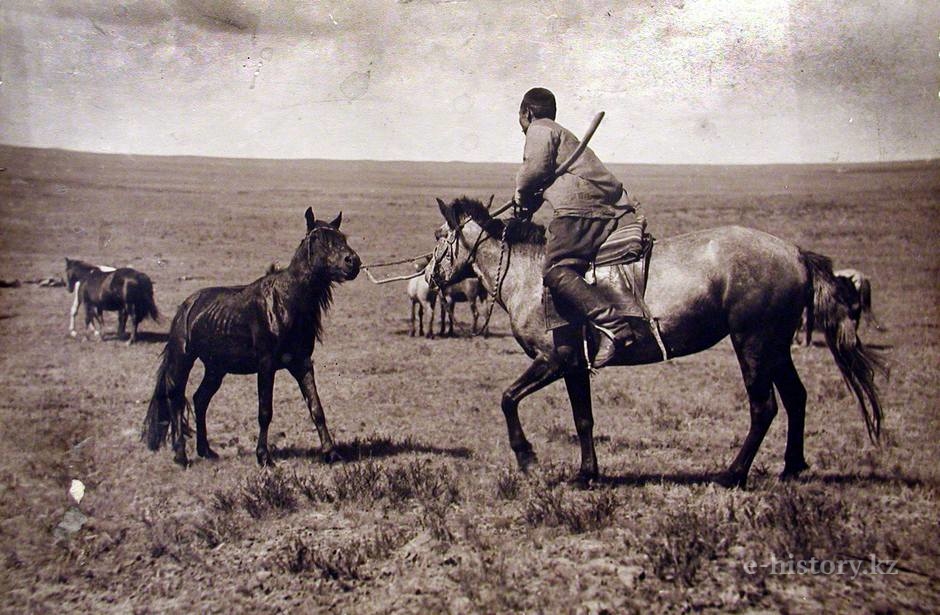 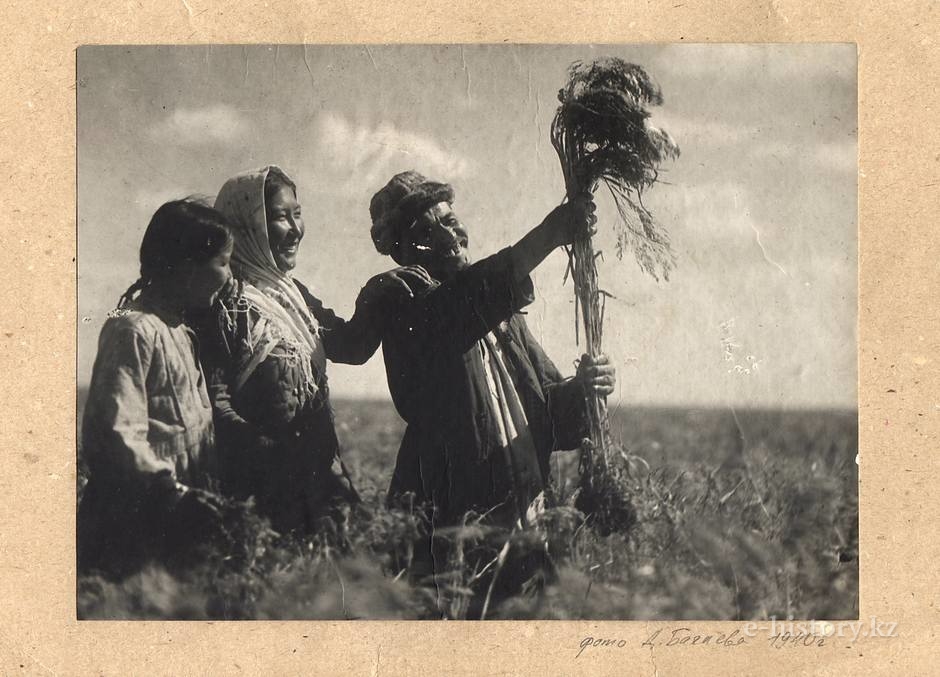 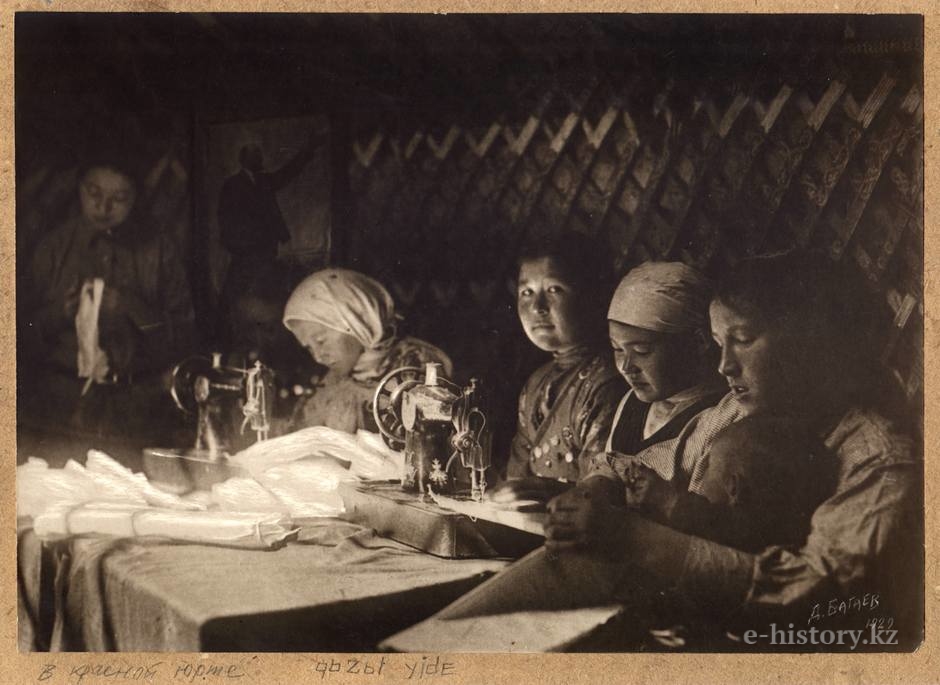 In the red yurt

The house museum of Dmitry Bagayev was open on January 30, 2001. The building of the museum is a monument history and architecture of petty-bourgeois life of the end 19th beginning of the 20th century.

Dmitry Bagaev lived and worked in this house from 1905 to 1958. It was here that he first discovered in the photo. The first photo in city he discovered here. 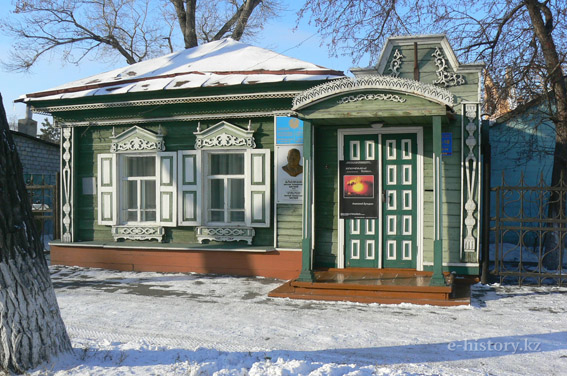 Working in Mining Society, fifteen-year-old Bagayev for the first time saw the camera at one of salesmen who owned it as the amateur photographer. In 1899 the camera was a real miracle for technique. Dmitry had a desire to seize photo business and asked the salesman to teach him to take a photo.

Dmitry never left his camera once he took it in hand in his 16 years. He spent all free time on study of elements of photo business. He always was in continuous creative search. In the lightest room of the house where he lived, young Dmitry equipped salon and serviced his first visitors. 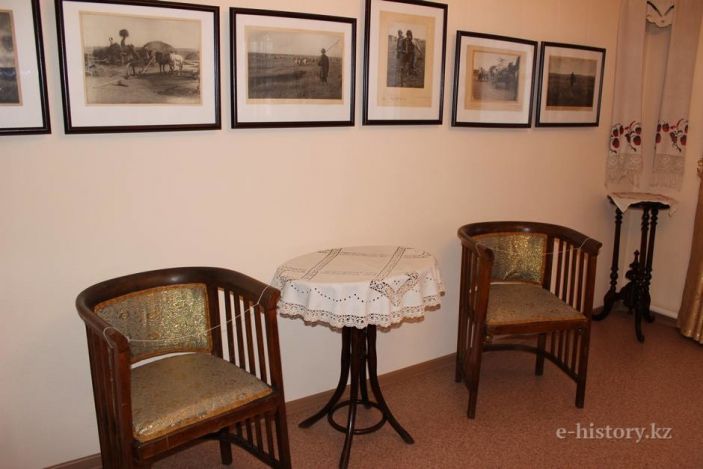 Now it is the exposition hall No. 1 of the House museum. Later, having bought the house for 500 rubles and having become his full owner, Bagayev attached to the house from North side photo pavilion. 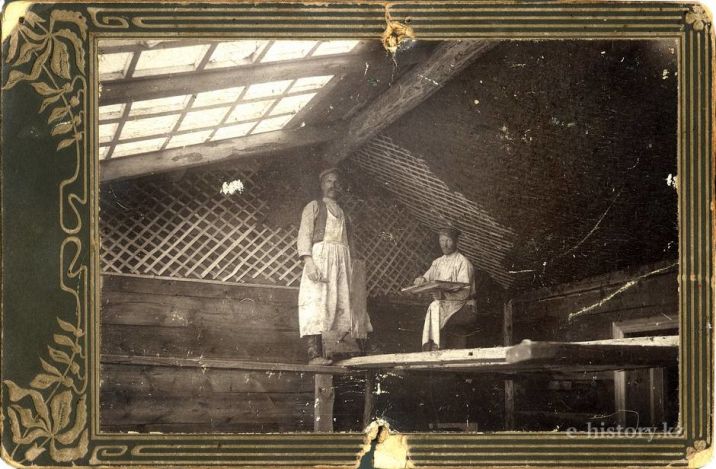 In 1905 Dmitry Bagayev got permission for the carrying out photographic operations certified by the Governor General of the Semipalatinsk district.

D. Bagayev’s documents and awards of different years are shown in the museum. Among them the Patent for the photo of 1928, Diplomas and the Diploma — two medals «For Labour Valour in the Great Patriotic War», «For Mastering Virgin and Laylands» and certificates to them. 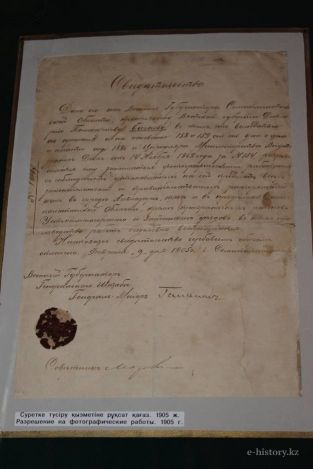 Permission on carrying out photographic operations 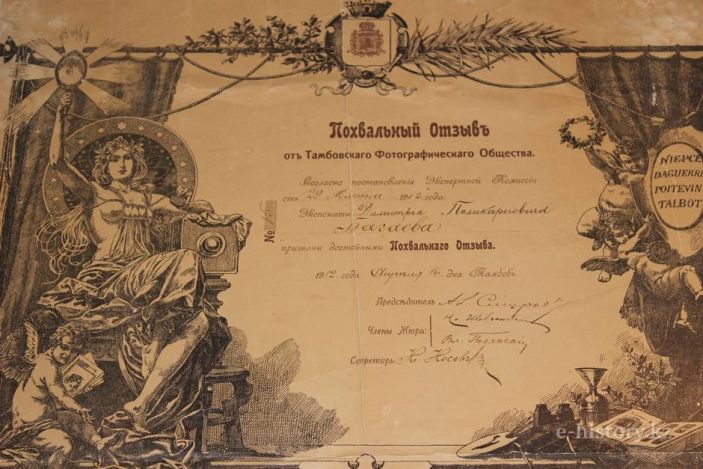 Favorable response from the Tambov Society

His creativity proceeded more than fifty years. All historically significant events occurring these years in the Pavlodar near Irtysh area were reflected in its invaluable photos — documentary certificates of that time in which he lived (revolutions, hunger, collectivization, the Great Patriotic War, the Virgin Land epic). 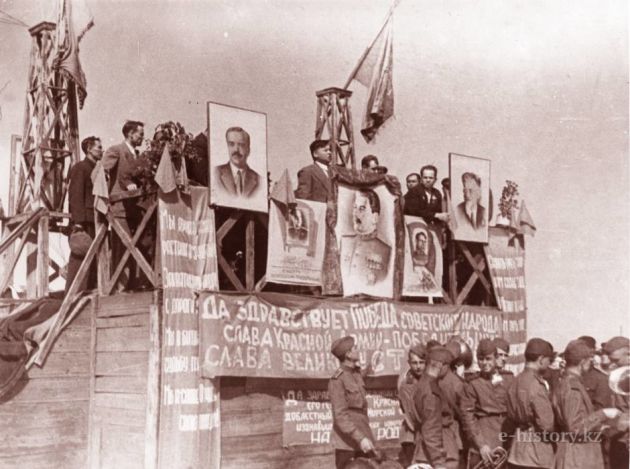 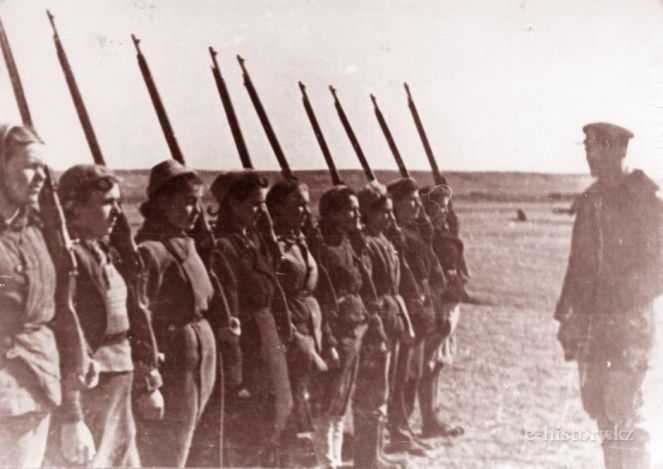 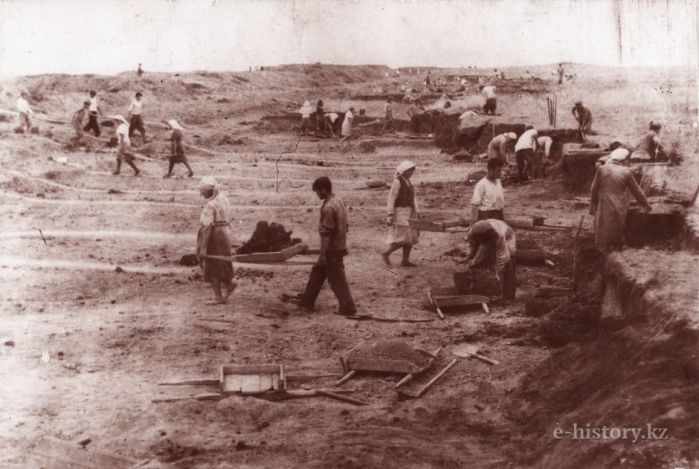 Dmitry was the versatile artist: he was equally well in portraits and landscapes (series of pictures of Usolki, Bayanaul), subject pictures (life of the people, ethnography) and photos from events. Thanks to his efforts, already at the beginning of his creativity could admire beauty of Pavlodar, historical and cultural monuments of neat Irtysh area in the most different corners of the earth: in 1912 with types of his photos the Moscow society of the Phisher began to let out mail cards. 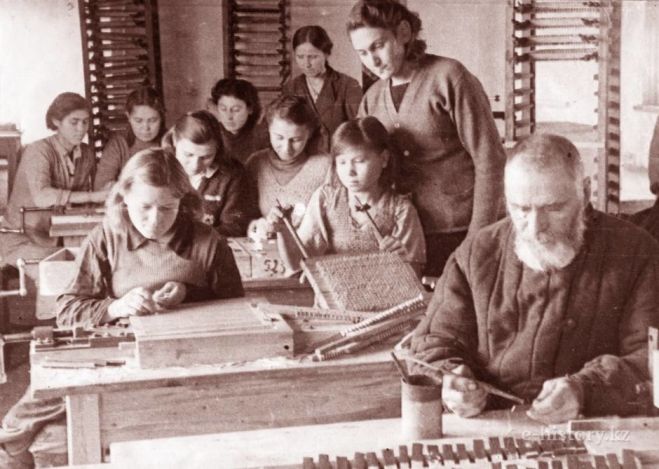 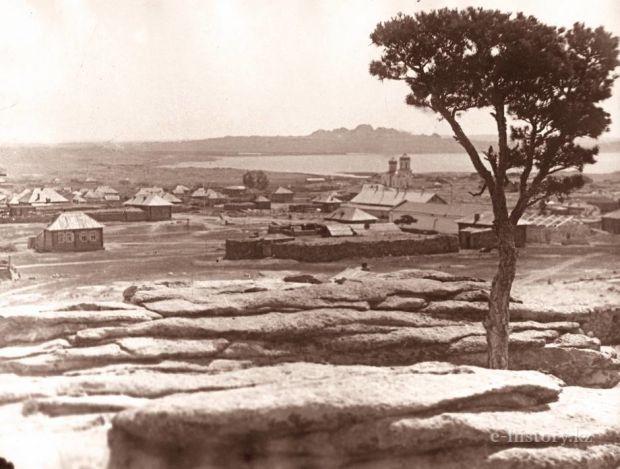 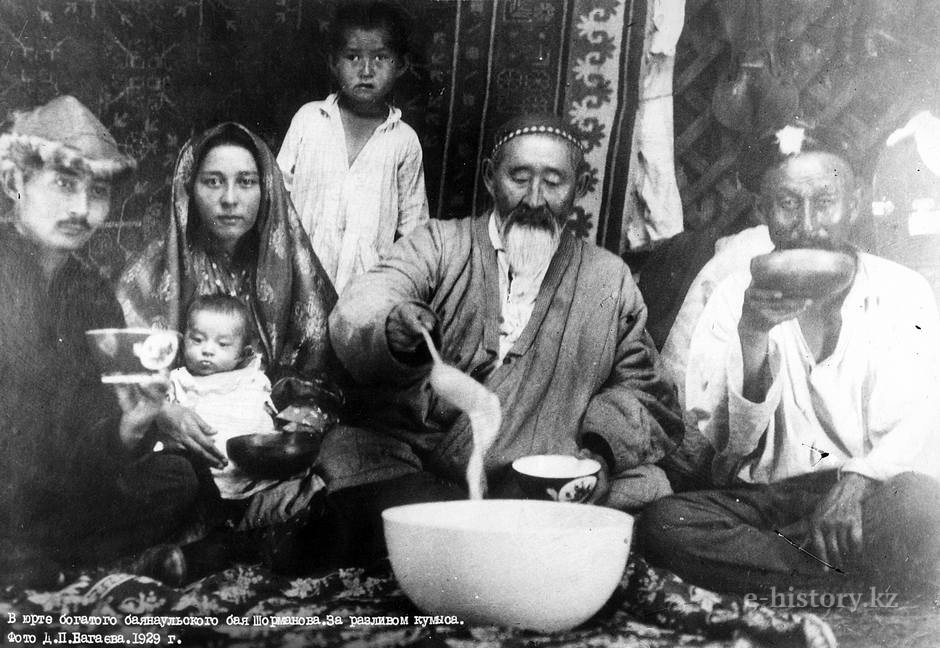 In the yurt of rich Baynaul's bai 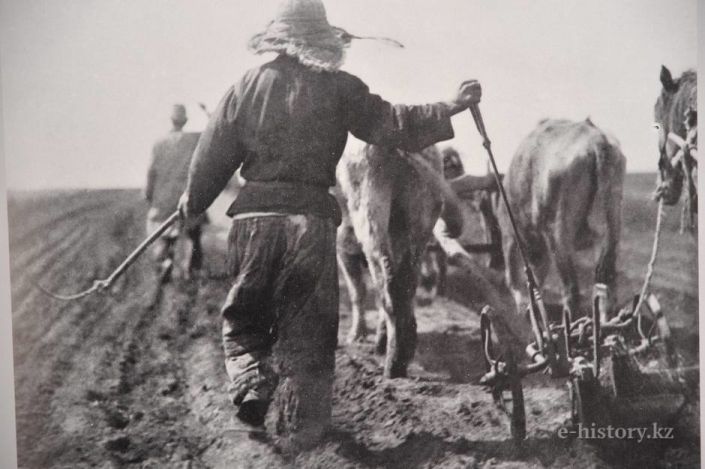 In the museum there are things of master now there are exhibits of museum: writing desk, where he used to work, when he was director at Regional Museum. On the desktop — the trophy portable RHENMETALL BORSIG typewriter brought to him from the front by the daughter Valentina. 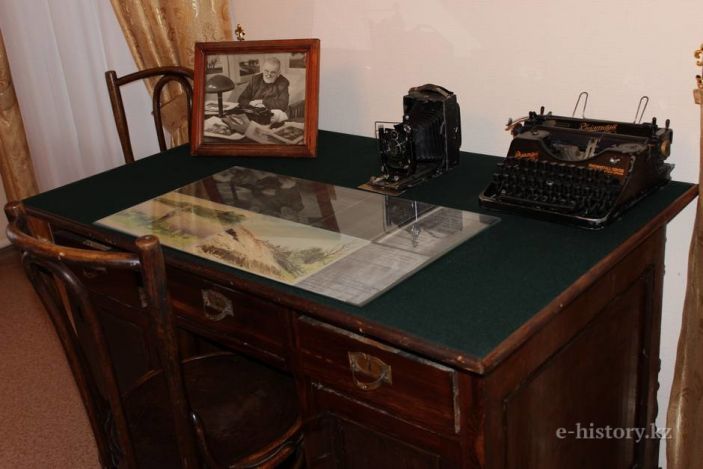 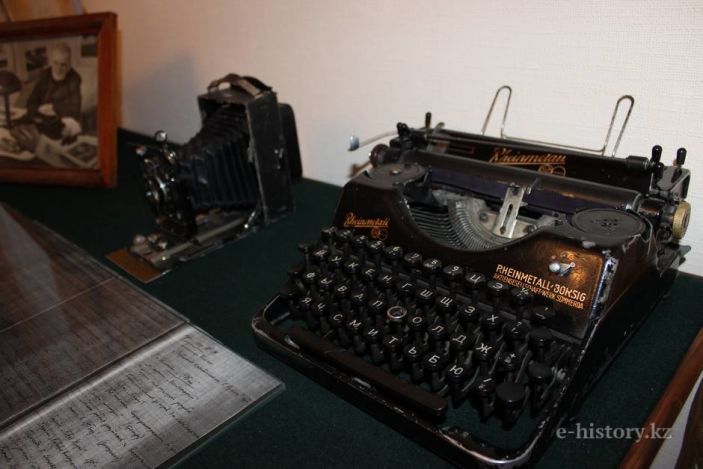 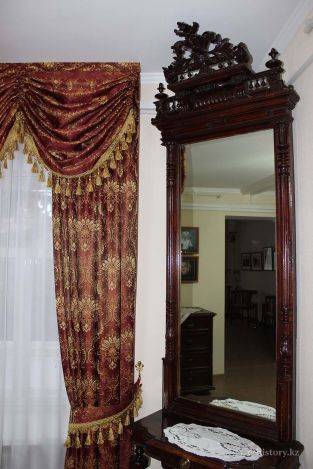 In front of this mirros the photographer's clients tidied themselves up

However not only skillfully made photographs glorified the photographer. Having enthusiasm of the researcher and the active social position, D. Bagayev managed to reflect history of the Pavlodar edge in the documentary photo. Throughout all the life Dmitry was engaged scientifically — in research operation: he was the corresponding member of the West Siberian separation of the Russian geographical society, he took part in paleontological and ethnographic expeditions on area. Independently, on foot and on a horse, he visited all corners of the Pavlodar edge and imprinted its life in 50 years length. 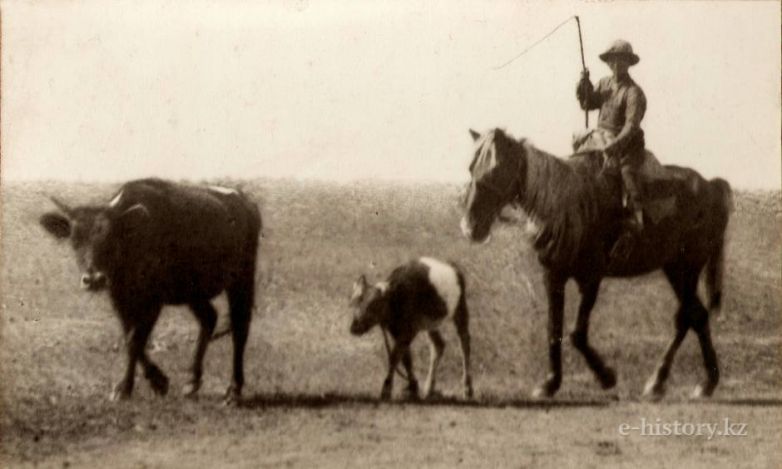 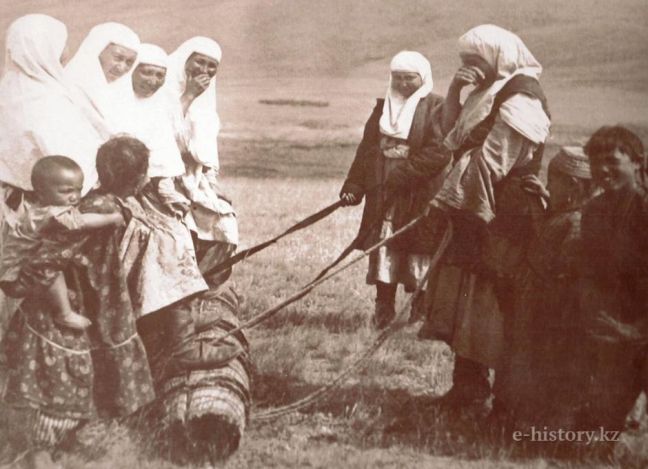 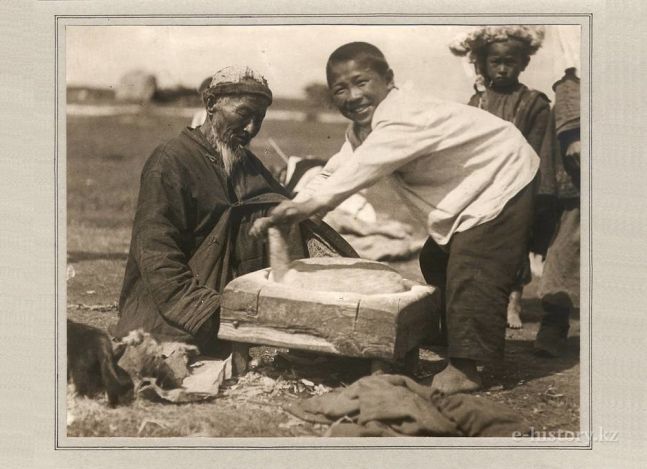 Bagayev in youth dreaming to become the artist was the master, very exacting to him with delicate art taste. The commitment to excellence induced it to attach the photopavilion which became known and unique not only in Kazakhstan, but also in Western Siberia to the house. The pavilion was constructed in due form lighting technicians with a glass ceiling and a wall, two panels in all walls, furniture in Modernist style from mahogany were ordered. All this gave the chance to execute the highly artistic qualitative photos portraits which are remained not only in the museum, but also in family albums of many citizens of Pavlodar. 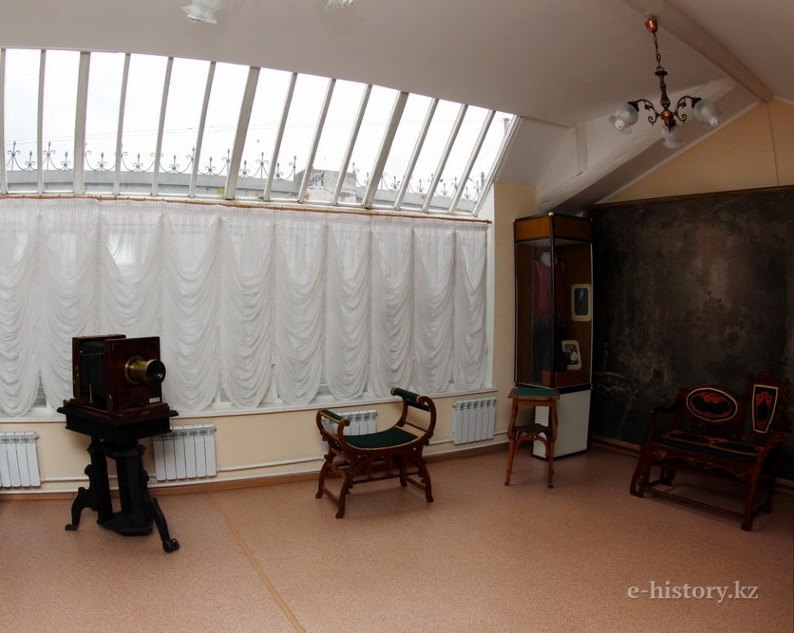 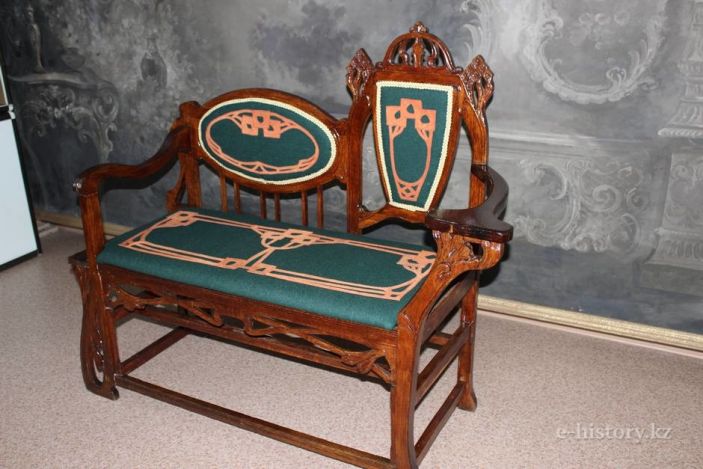 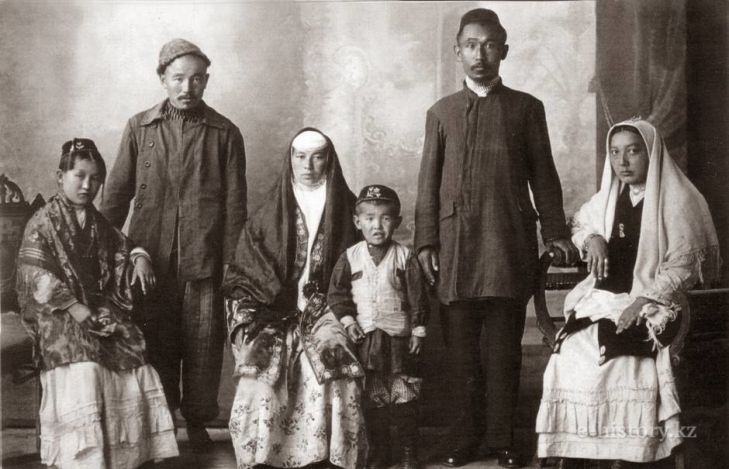 The principal exhibit of photo pavilion — the unique photo camera of the Austrian firm «FOIGTLENDER & SOHN» acquired by Bagayev in Moscow in 1928. The stage pictures in the subsequent years were made by this camera. 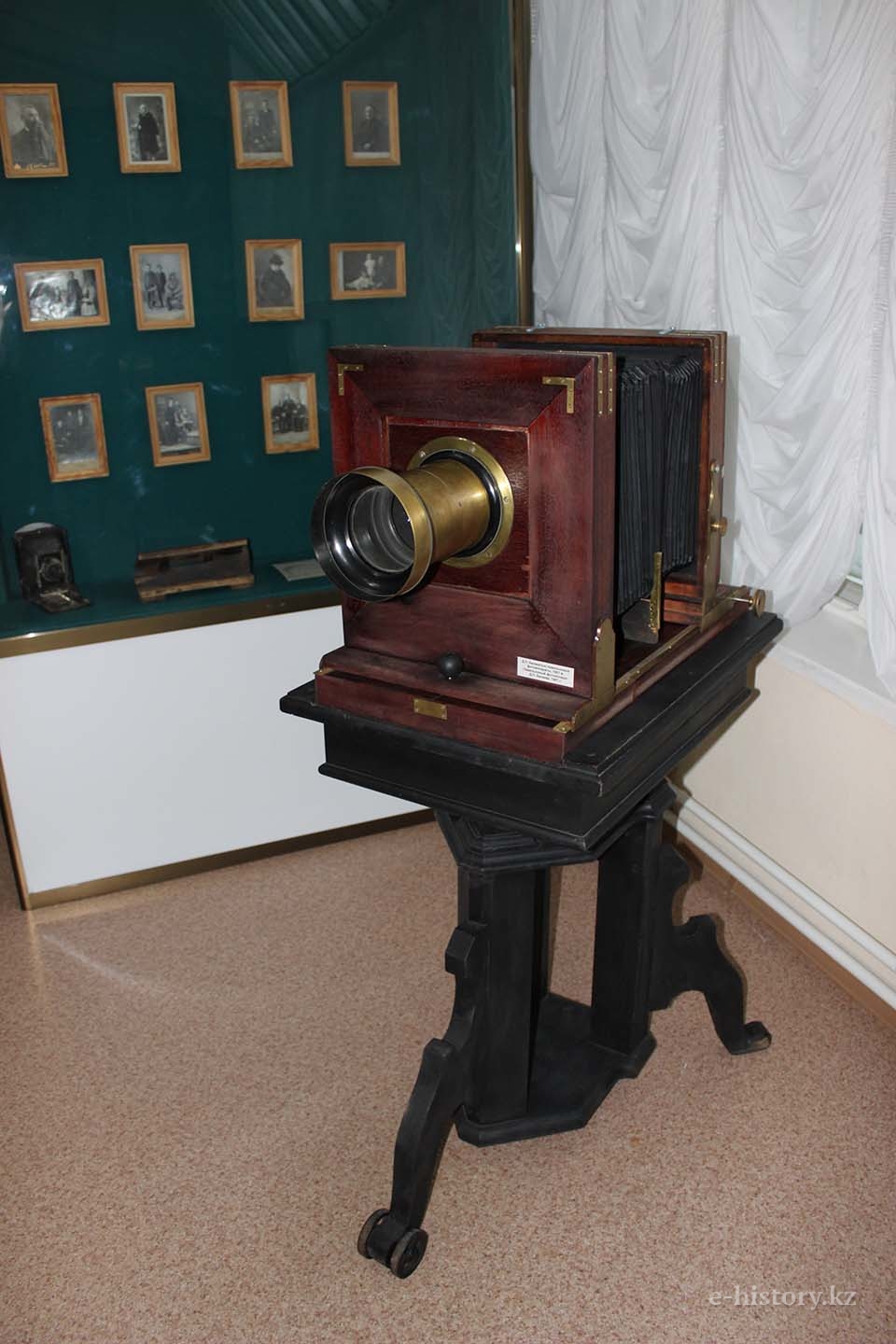 In a special show-window the photographs miniatures, a self-made support for drying of glass negatives (images) and a cutting torch for cropping of edges of photos made by Dmitry, glass negatives, one of the first cameras of the master «Photocor» are placed. 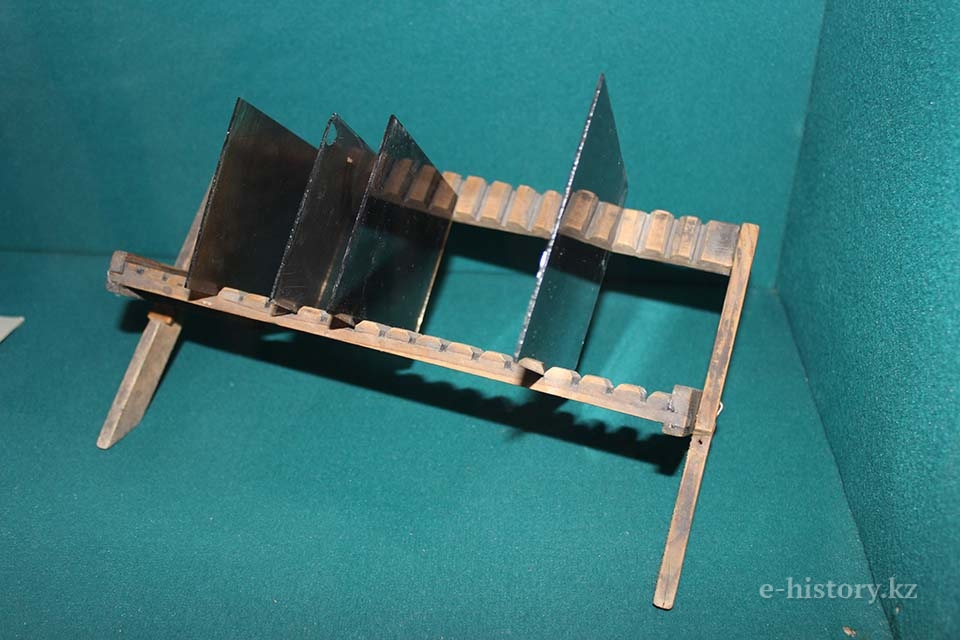 The photo equipment was also places in the museum. Cameras of different years are shown in the museum. The earliest — ZEIS-IKON — 1925 of release are provided. Near a show-window — a road photo camera on a folding tripod and the stage camera of the 50’s. 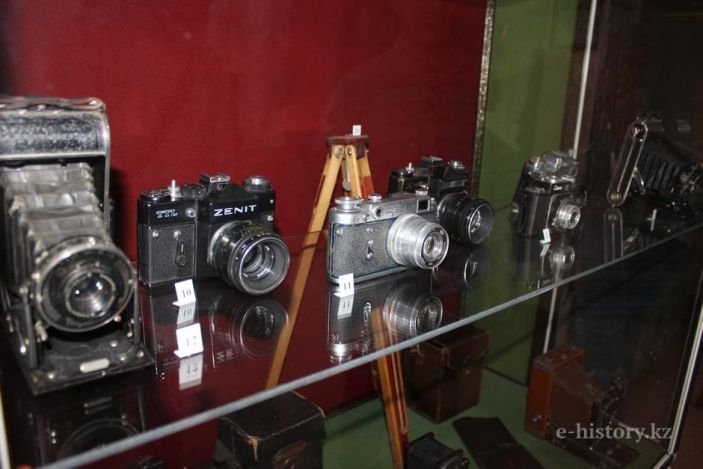 Until the end of life Dmitry remained as the chief local historian of the area — the director of the regional local history museum, his child. He died on July 23, 1958 (he buried on the Pakhomovsky cemetery), having left to descendants the photo chronicle of the native land. 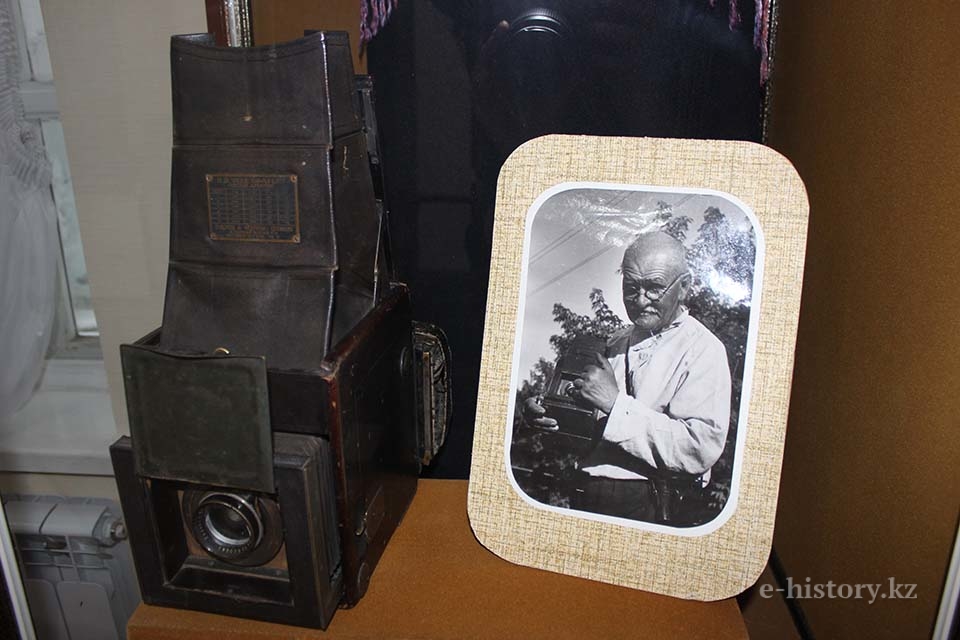 D. Bagayev’s works are known and gained recognition not only in Kazakhstan, but also far beyond its limits. Eventually his photographic heritage causes more and more interest, becomes more valuable.