Home News Other Kazakh superstitions and believes for women

Kazakh superstitions and believes for women 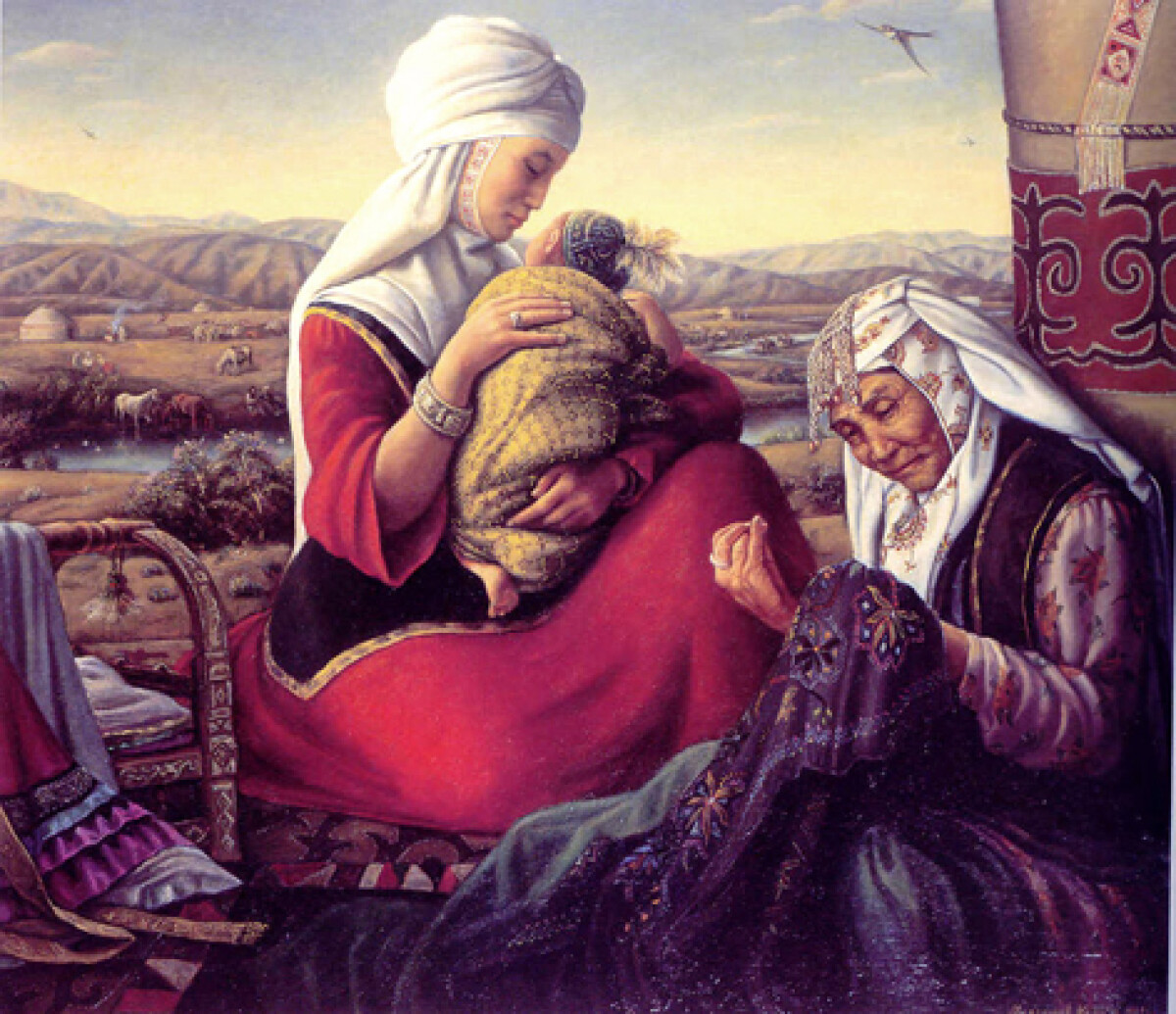 Belief — a superstitious tradition, in which you can believe or not believe, but this is an example of people’s life, he is born of experience and tradition.

A woman expecting a child birth is not recommended to step over a rope strung. According to the belief baby’s neck can be entangled with the cord and he could choke.

Pregnant women are not allowed to keep saw, scissor or any other sharp objects, as according to the belief it leads to premature birth.

It is not recommended to rabbit meat for pregnant women as they «can give a birth for children with defects (cleft lip)».

Also, it is not advised to taste camel meat as «childbirth can be delayed till 12 months». If through the specified term the woman do not delivered, a neck of a male of a female camel (drill) will be tied with a white cloth and the pregnant woman should step through a camel.

The hem of the pregnant woman is turned inside in order to avoid abortion. The woman lying in prenatal pangs have a privilege to open all chests the content of which will belong only to her. According to this belief, the childbirth will easier and without serious consequences.

Women who recently gave a birth are not advised to expel dogs that ran into the tent or house. It believed that newly-minted moms can lose teeth.

Swollen breasts of nursing mothers and udder of domestic dairy animals, according to the belief, they recommended to stroke with gloves, which were used for bathing of the deceased body.

Great sin is to do laundry in the holy day for Muslims — Friday. Also, it is not allowed to make laundry during religious holidays (Eid, etc.), it considered as desecration of the holy days.

Water after washing is poured out usually in that place where people do not walk. To step on such water — means to bring home trouble because «all bad left with dirty water».

According to belief, if a girl guest won’t be sited in the honored place where usually sit elders and respected people, then «the owner of the house will have bad luck».

It is not recommended for women to cross the road in front of hiking or horseback riding men and adults, as it can bring misfortune to her.

There is a belief that if wife will clean and gather firewood in a height of three steps, — her husband would leave her for another woman.

Women are not encouraged to leave their hair cropped or drop down into the fire. According to legend, after her death, she would be asked from God: «Where is the hair given by me?» So women buried their hair at the place where nobody can walk.

It is not allowed to step with feet on cropped nails, they also should be buried.
It is not recommended for women to walk at night to fetch water, as they may be frightened by something and the get sick.

At night, a woman should not hang the washed clothes — as someone can be scared of something and become insane.

Standing with arms on the belt is a bad sign, usually widows stay in such position when they cry and lament their husbands.

Visiting someone’s home and catching owners on the work you should help them, otherwise it believed that your son will be humpbacked.

According to belief, a premature baby was laid for a while in tymak (Kazakh cap with ear-flaps) and then, having carried the baby in the cradle, hung said headdress over his headboard for as many days as he was not a full-term in the womb.

A woman, who for a long time cannot get pregnant, recommended to choose clothes in a large family, which wore children after forty days from the date of his birth. According to belief, after a while a woman gives birth.

For spouses who for a long time did not have babies, according to belief, recommended to wear on the neck pieces of tethers for small cattle, and pray to Allah to give them a child.

At constant miscarriages (or if children, before they reach the year, are dying all the time) — relatives or friends of the family «buy» in this newly become pregnant woman her unborn child.

Adopted child before entering into the family will be handed a knee bone of a sheep or goat, called asyk, and girl with shinbone. Then feast the feat should be arranged where all the guests will witness this solemn event.

Do not hit the children with a broom it can bring them a trouble.
Hitting children with ladle — deprive them of income in the future.

Always be the first in greeting adults. Give honored place to the guest who came to your house.

A good example for the child will be advice — to clean the guests’ shoes, and before they leave to give them their shoes.

It is impolite to speak to girls harsh words.

Girls and boys cannot kick each other it is an indicator of bad manners.
Children crossing the road for elder people and interfering in adult conversations, considered as discourteous.

According to an ancient belief that if my grandfather will drink water from the hands of his great-grandson, then such an old man after his death for sure will go to heaven.

Material provided by the Scientific Expert Council of the Assembly of People of Kazakhstan, an article from the book Ph. D., Professor A. Kalybekova «Folk wisdom Kazakhs about education», Almaty, 2011, p.368