Home News The Cabinet-Museum of K.A. Akishev was opened at the Eurasian National University

The Cabinet-Museum of K.A. Akishev was opened at the Eurasian National University 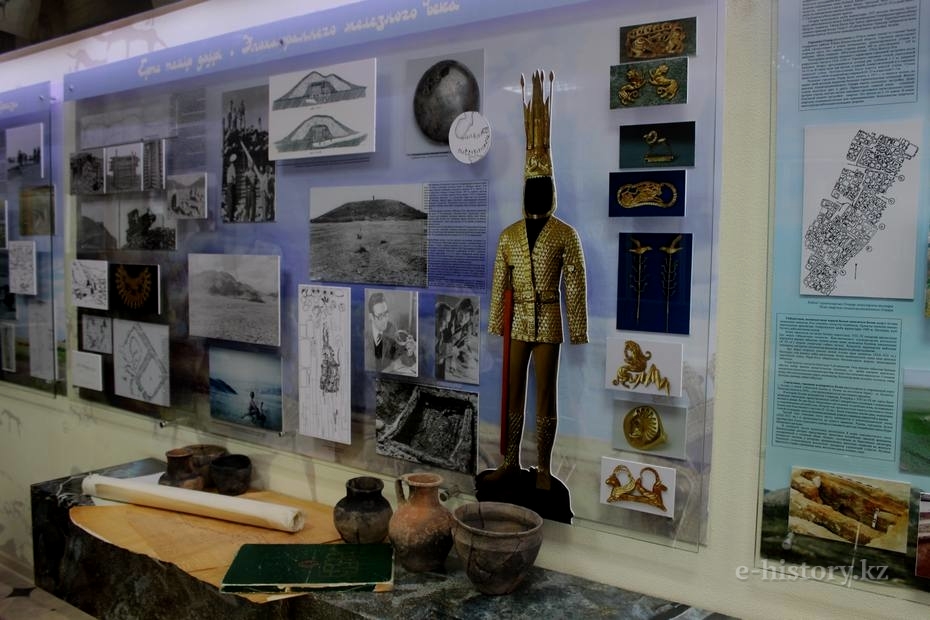 On October 2 the Cabinet-Museum of Kimal Akishev was opened at the Eurasian National University Scientific Library “Otyrar”.

This year the most famous archaeologist from Kazakhstan Kimal Akishev would have turned 90. In April 2014 the International Scientific Conference "The Dialog of Eurasian Cultures in Archaeology of Kazakhstan" was carried out at the Eurasian National University named after L. N. Gumilyov. The following event dedicated to the anniversary of his birth became the opening of the Cabinet-Museum at the University where Kimal Akishev worked during the last years of his life. 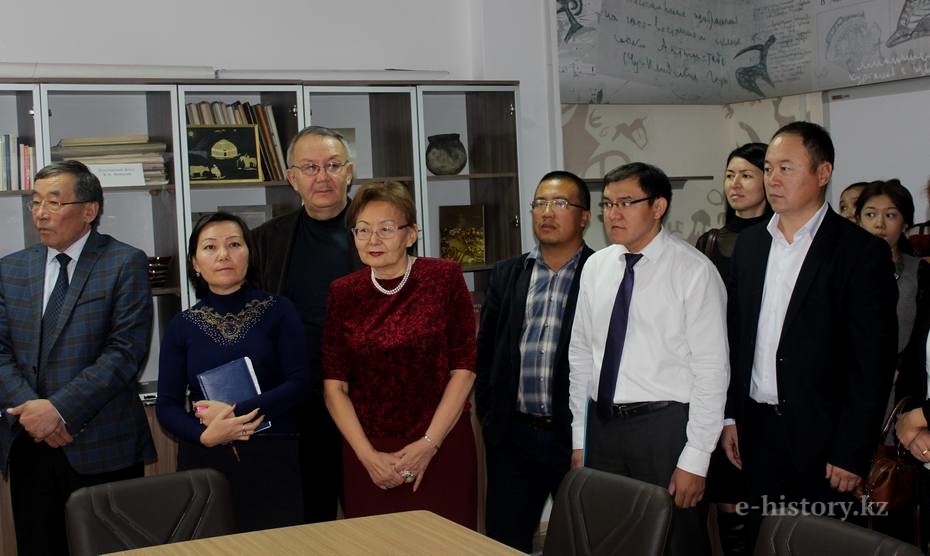 "The name of Kimal Akishev was directly connected with our University as he worked within the walls of this institution of education and his researches were related to this city. The scientist came to Astana after the invitation of the President of the Republic of Kazakhstan Nursultan Nazarbayev" — Dikhan Kamzabekuly recalls years Kimal Akishev worked at the Eurasian National University. 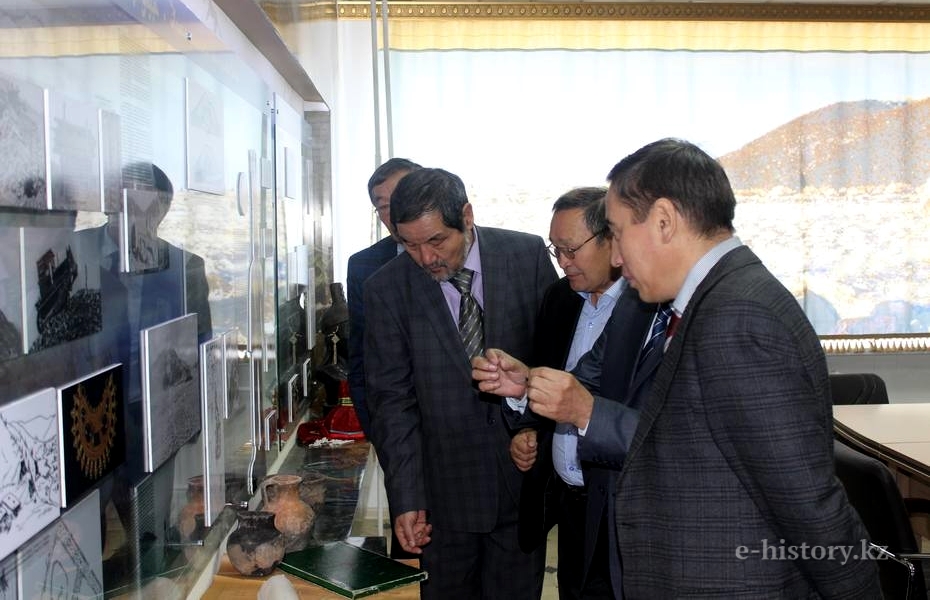 The Candidate of Historical Sciences, Director of the Research Institute named after Akishev, the spouse of the scientist Maral Khabdulina became the initiator of the opening of the cabinet of the most outstanding Kazakhstan’s scientist. She passed to the Museum some private belongings of Kimal Akishev, and part of his library brought from Almaty. The unique photos about activity of the scientist as well as the information on his archaeological discoveries are exhibited at the Museum. 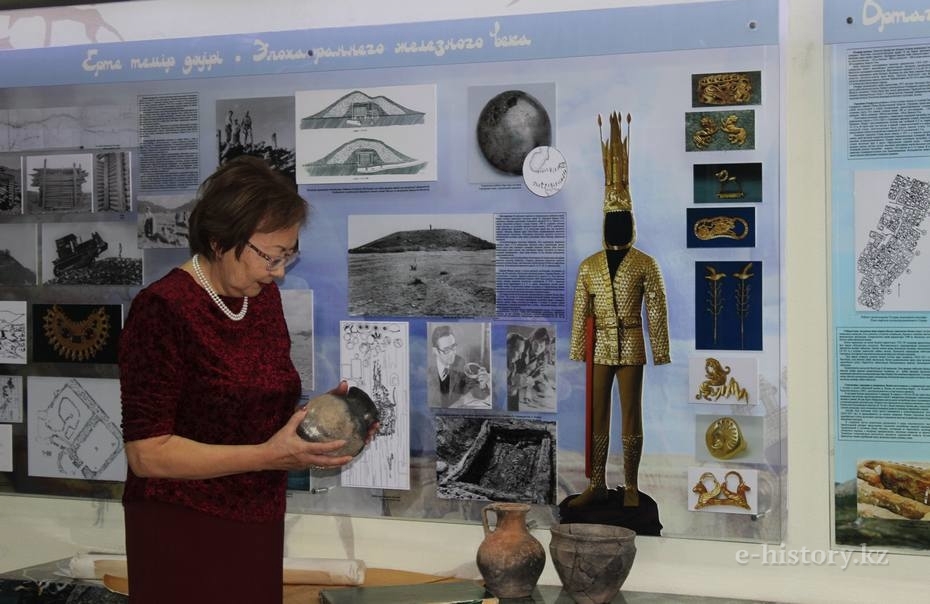 According to the idea of the creators, the Cabinet-Museum of Kimal Akishev will always be opened for student and researchers. Everyone may visit this museum to take a book from the library of the scientist, isolate himself in the silent working atmosphere of the cabinet to write a scientific work, to see ceramics of the Bronze Age or recreated figure woman from Bozok settlement of Golden Horde period. 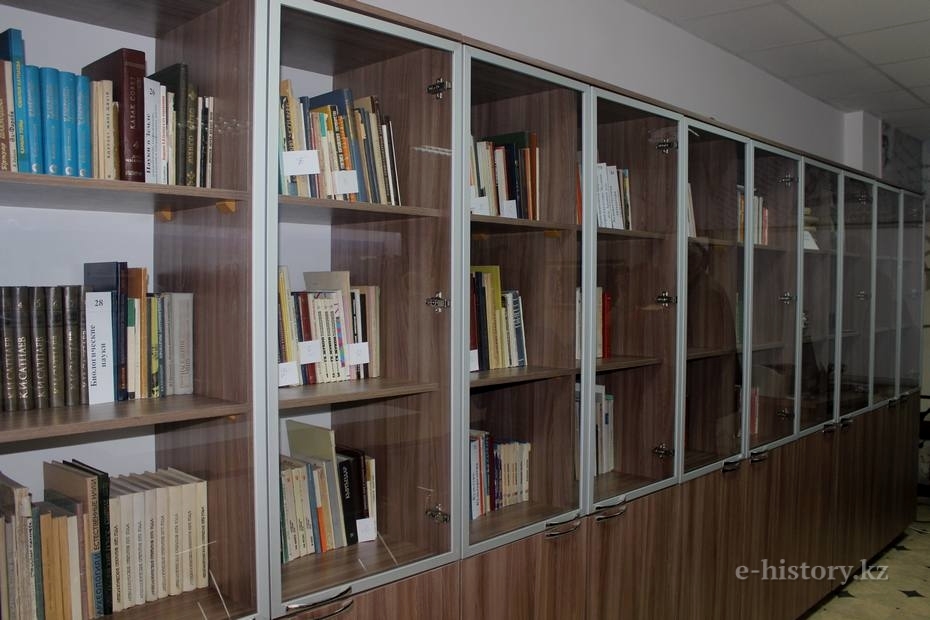 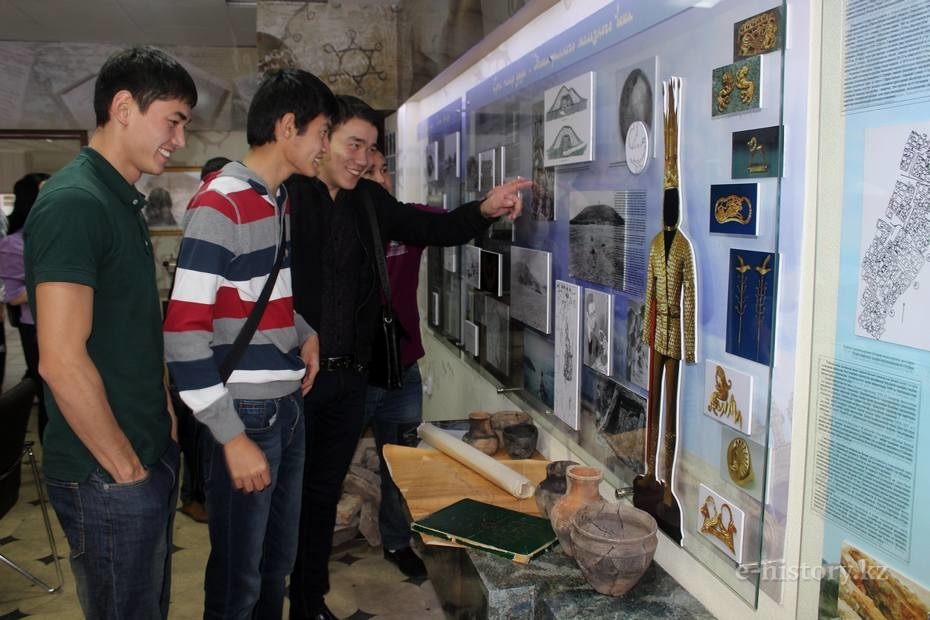 First visitors of the Cabinet-Museum

The famous archaeologist, follower of Kimal Akishev Zeinolla Samashev thanked the University board for such significant event: "I want to express my gratitude to the University in connection with the opening of this cabinet; this is a great achievement for the Kazakhstan’s archaeology, in general. The cabinet is a great helper to study his heritage. I consider that if we pay tribute to the memory of the great scientists, the science never disappears".

Use of materials for publication, commercial use, or distribution requires written or oral permission from the Board of Editors or the author. Hyperlink to Qazaqstan tarihy portal is necessary. All rights reserved by the Law RK “On author’s rights and related rights”. To request authorization email to mail@e-history.kz or call to 8 (7172) 57 60 13 (in - 1163)
Қазақша Русский English
MOST READ
Month Year
Kazakh historical drama Tomiris premiered in Istanbul
ALASH IDEA IS THE PROTECTION OF KAZAKH STATEHOOD
Stolypin about the worries and hopes of immigrants to the Kazakh steppes
A tireless explorer of the Kazakh land
SWITCHING TO THE LATIN ALPHABET – UNITE ALL KAZAKH PEOPLE
Kunaev Dinmukhamed Akhmedovich
People who eat horses will kill you
Kazakhstan's participation in the Winter Olympics has a long history
Rebooting a field of science and education
Recorded history of Kazakhstan. Part 1
Historical Dates on the Bosphorus
Recorded history of Kazakhstan. Part 2
Materials on theme
Talgat Begeldinov’s lucky number
Made by folk craftsmen
Almaty hosted a round table dedicated to Kazakhs’ participation in the World War II
Top 10 Greatest Love Stories in History of Kazakhstan