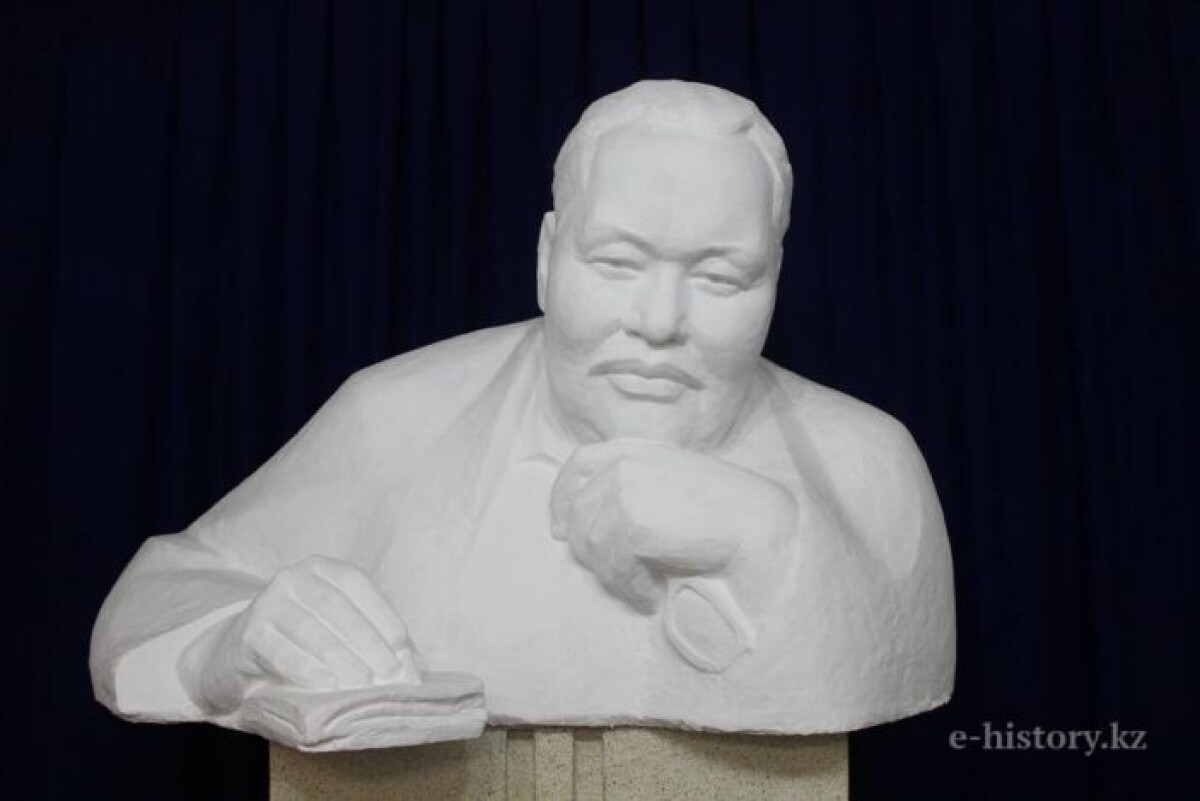 “Not tall, rugged, strong, with perceptible streaks of gray in Mongolian mustache and constant swarthy suntan. He was a friend of mountain sun, steppe wind and Siberian frost. He looked like aksakal (wise elder) from aul (village) but not like a writer and academician...”, — famous Kazakhstan’s writer Aleksey Bragin wrote about Sabit Mukanov. 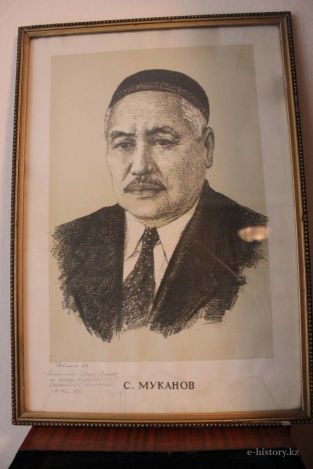 Sabit Mukanov, classic of Kazakh literature, outstanding writer of the 20th century, public figure, was favorite of people, and person obtained nation-wide recognition and profound respect. With the aim to immortalize the memory about S. Mukanov in 1976 the Government of Kazakhstan made a decision to open a museum of the writer in the 6-room apartment on the second floor where he lived and worked in 1965-1973 in Almaty, 125, M. Tulebayev Str. 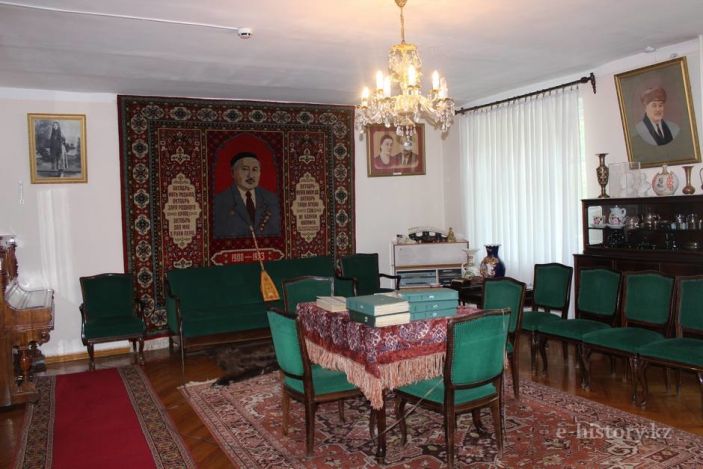 The Museum has been welcoming visitors for approximately 25 years.

The Museum-Apartment if divided into two thematic parts: literary and memorial. Exposition of the literary part of the Museum includes many personal documents, photos, manuscripts which highlight the life and creative activity of the writer. 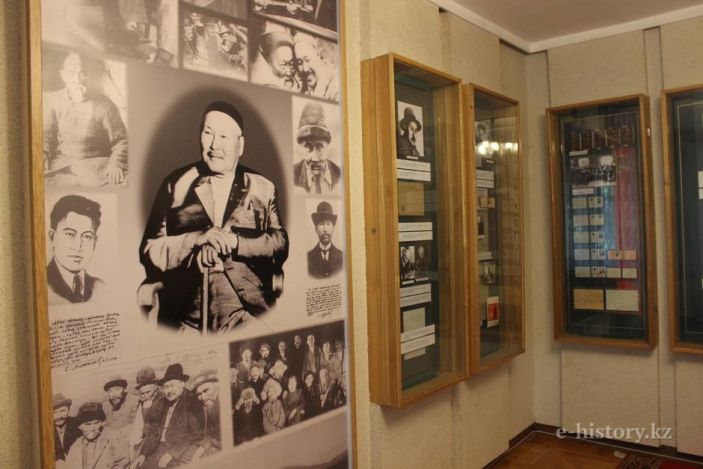 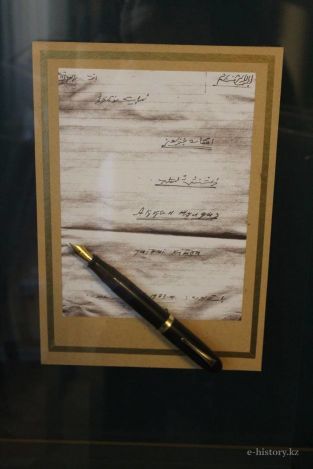 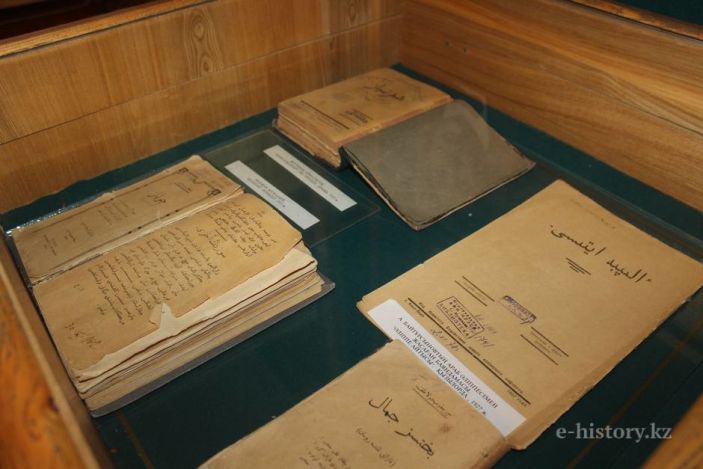 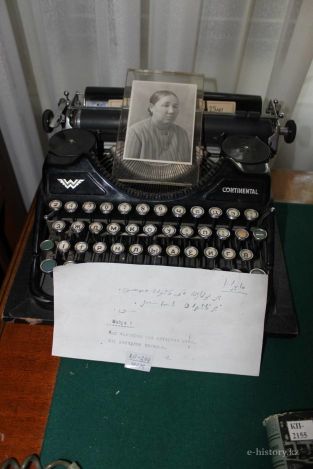 S. Mukanov’s typewriter with the photo of his typist

In the memorial part of the museum one can find work room, sitting-room and bedroom which remained completely the same as they were during the life of the writer. Every item: books, souvenirs, favorite dombra, personal items, writing-materials — remind us of the great writer, his spirit and time when he lived. 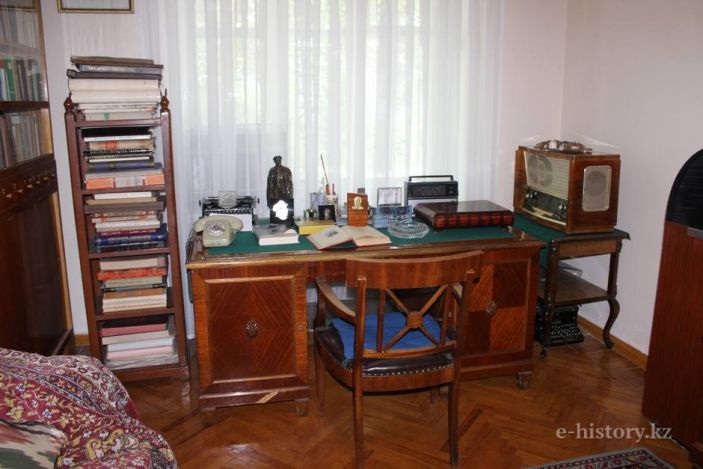 Workplace of the writer 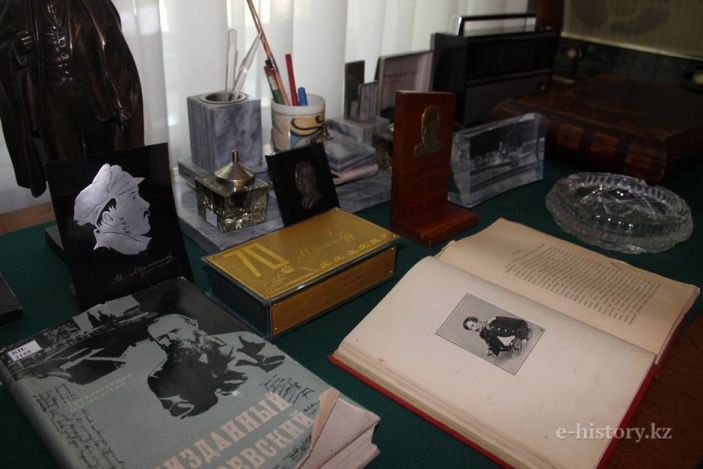 Work desk of the writer 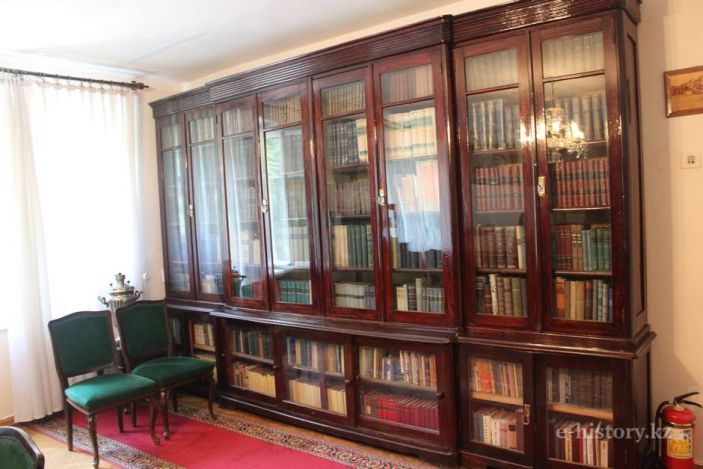 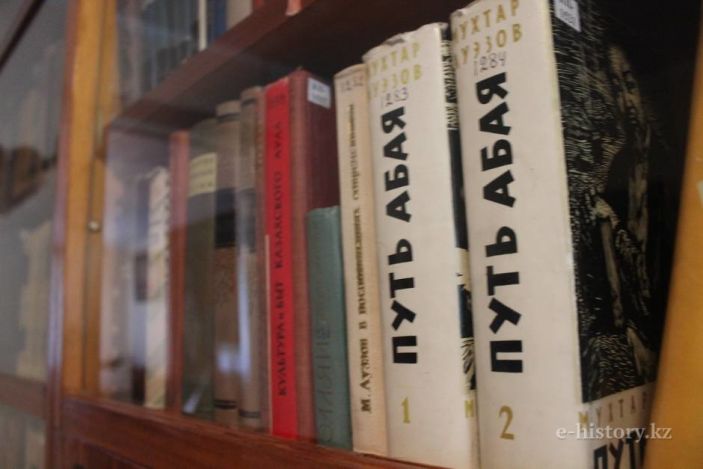 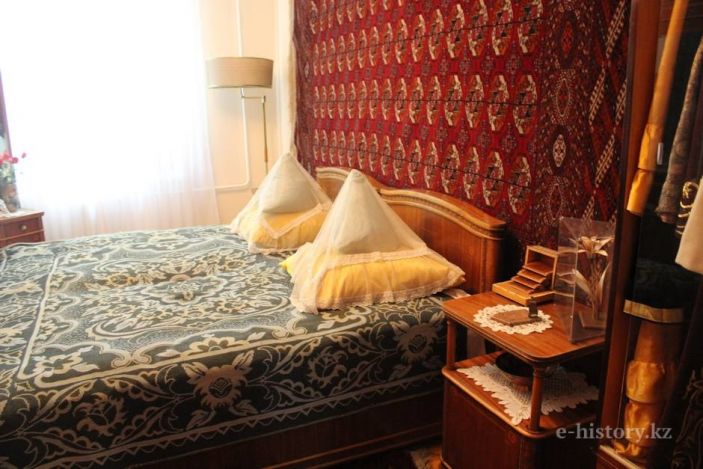 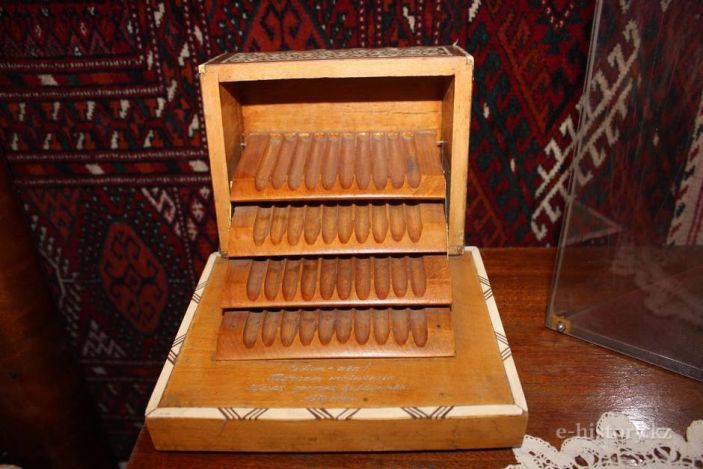 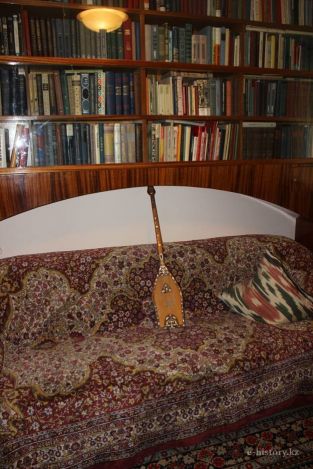 Sabit Mukanov was born on April 26, 1900 in the former Akmola province, Tauzar volost, Petropavlovsk district. When he was seven he lost his father. One year later his mother died. Sabit became an orphan. “Only now I have realized what the phrase ‘to be a hired hand’ means”. Until 1918 he worked for bais (rich landowners) and village kulaks (peasants). When he was 8 years old he became learning from mullah, he learnt how to read; and only in 1918 he learnt how to write. When he was 15 he started writing poems. National akyns (poet- improvisator and singer) had a significant influence on him, and once he obtained a collection of Abai’s poems published in 1909. Since that time he dreamt of becoming a poet. 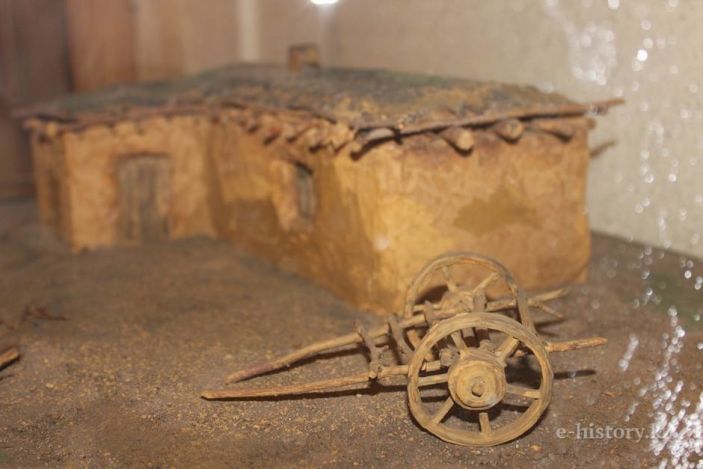 Model of the house where Sabit Mukanov was born and raised tells about the boy who lost his parents, about his difficult life and youth.

Exposition of the Museum demonstrates 73-year period of life of the writer who actively participated in the formation and development of Kazakh literature since 1920-s.

Mukanov’s autobiographical trilogy “The School of Life” occupies a special place. It reflects all the most important event of the 20th century such as the October Revolution, the famine of 1921, the collectivization, the famine of 1931, Stalin’s repressions, the Great Patriotic War and so on. In 1967 this novel was awarded the Abai Kunanbayev State Prize of the KazSSR. 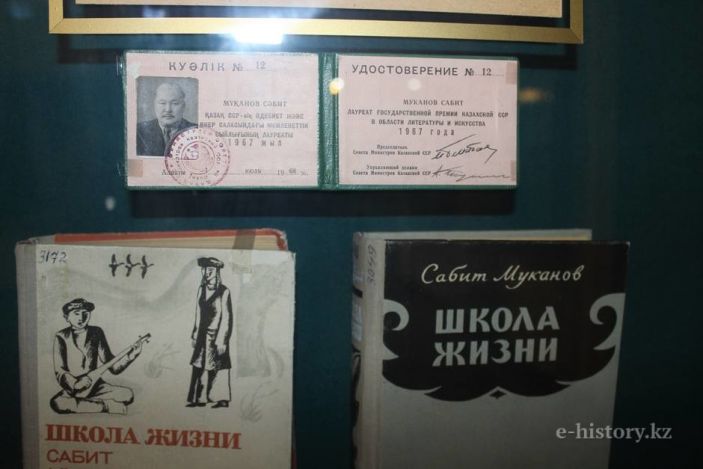 Mukanov had an interested and full of events life and often told that he was a happy person created his destiny with his own hands. Contemporary of the century (born in 1900), son of poor man, he passed difficult way from worker to academician and the Deputy of the Supreme Soviet of the republic.