Surgeon with more than 40 years’ experience 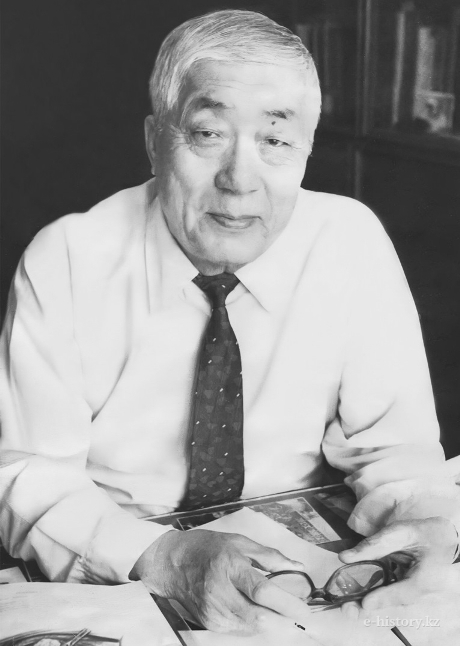 The dynasty of Tsoi doctors is closely linked to the life of Tselinograd, now Astana, history of the area and whole country.Gilen Vasilyevich, the head of dynasty, has more than 40 years' experience.

On the eve of the Day of Medical Worker, we met with the son of the famous surgeon Oleg Gilenovich.

In 1937, a future student of medical university Gilen with his entire family was deported from Vladivostok to Kyzylorda. Since that time his fate was forever associated with medicine in Kazakhstan. In the book «Line of Destiny» («Линия судьбы»), dedicated to the 70th anniversary of the Koreans in Kazakhstan, can be found following: «There is such a phenomenon: Kazakhstani Koreans of Russian origin. These are my compatriots, who were born in the Far East in 1937, deported to Kazakhstan. I belong to them, Korean by origin, Russian by birth and Kazakhstani by life and fate».

Gilen Vasiliyevich proved that he is Kazakhstan citizen, not only by giving life to the development of medicine in the Akmola region, but also another remarkable event.

«The war began on the Korean peninsula. In 1952, my father as part of the government’s mission was sent to this hot point — says son Gilen Vasilyevich. Father was a consultant of the Surgeon General of the Korean army. At that time he was only 34 years. He stayed there more than a year. He did many operations. When the war ended, my father came here, Akmola, although after this work, you could choose any city. He offered to stay in Moscow and Leningrad. But he returned to Akmola, where was a family, and he probably thought that he was more necessary here».

We shall return to the beginning of the young surgeon. After graduation of Workers Faculty, Gilen enrolled to the Almaty Medical Institute. As a student of the penultimate course, he came back to home for holiday and found out that Crimean Medical Institute was evacuated to Kyzylorda. Last year of institute he spent here at this institute. After graduation, he worked as a doctor in the liberated areas in Rostov region. Then he came back to Kyzylorda, worked on blood transfusion stations and then as surgeon in the city hospital of Kyzylorda.

In 1947 by the invitation of young doctor he came to Akmola region. «From that time was introduced Institute of chief surgeons of the region throughout the country. My father was the first chief surgeon of the area. His whole life has been associated with this region, which is called virgin of Ishim»- says Oleg Gilenovich. 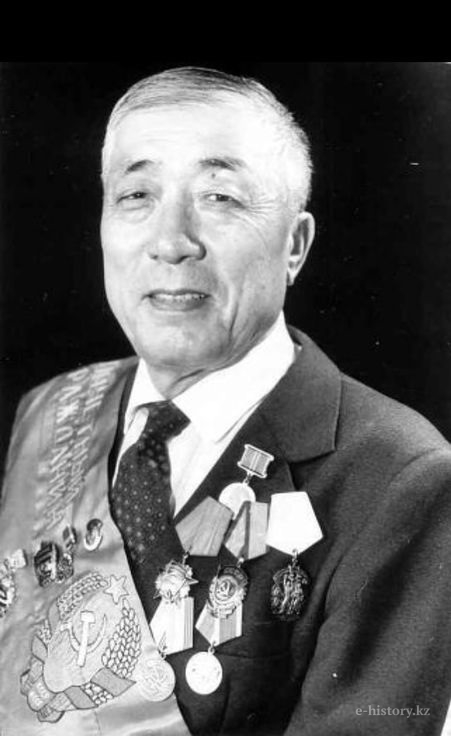 Development of virgin and fallow lands required a lot of effort, including from medical workers. New areas and farms were formed, so when the question about the organization of surgical services arose, Gilen did not stand aside and started build business from scratch. Then virgin territory was formed, which consisted of five areas of Central and Northern Kazakhstan, he then already became the chief surgeon of regional health department.

Young practicing surgeon enthusiastically studied the injuries of agricultural workers. This medical interest embodied in the two theses. In 1967, he defended his thesis that was the first Ph. D. thesis defended by doctors of virgin lands region. In 1974, in the same place in Moscow, he defended his doctoral thesis.

Gilen was a surgeon of generalists. Many operations with particular difficulties were performed by him. This applies to open surgery of the liver, extensive plastic operations of the esophagus, stomach, and rectum and so on. «He was more of abdominal cavity. Certainly, he operated patients with cancer, with neurosurgical, urological and diseases of the eye, ear, nose and throat problems and eye injuries, because there were no ophthalmologists and otolaryngologists. Patients with other traumas certainly» — said Oleg Gilenovich. 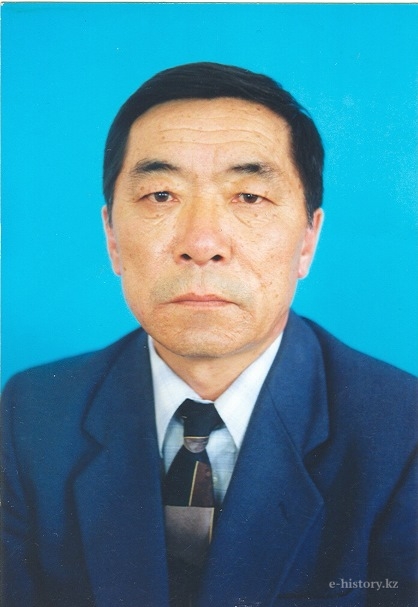 «Every surgeon keeps a diary to record all transactions that merit attention. It was made not for posterity, but for himself. Surgery it is the specialty where you need to keep learning entire life. In a week he had 3–4 big operations, sometimes less, sometimes more, anyway, no one did not count them. All his life he was a practitioner operating surgeon» — says about his father Oleg Gilenovich.

This year Capital Medical University is turning 50 years old. Gilen worked there almost same amount of years combining the work of chief surgeon of the area and associate professor in the surgical departments. Then he headed the department of hospital surgery and directed it for 20 years.

«He dedicated his entire life to surgery. There is a saying of French surgeon René Leriche: „The surgeon lives with surgery- a sad necessity“, better cannot be said. My father lived a long life 93 years. He died in February of this year from acute surgical pathology, had two operations, which were made perfectly, but his body could not cope with it».

Gilen Tsoi was Honored Doctor of the Republic of Kazakhstan, the surgeon of the highest category, an honorary member of the Kazakh Academy of Sciences, has many awards and honors of the Soviet period. He was the holder of the medal of N. Pirogov for achievements in medical science and honorary citizen of Tselinograd.

He opened the way to medicine for all family members. His wife and two sons became doctors, granddaughter continued business of Tsoi dynasty. «I walked by the footsteps of my father: I am practicing surgeon and PhD. In 1972 I graduated and started work even earlier. My medical experience began in the third year of the Institute in 1969. I got a job as a nurse at the ambulance station and then worked as anesthetist in the first maternity hospital. I passed all stages of preparation.

When parents are doctors, there are no difficulties with choosing a specialty. Dynasty of doctors is very common. At our institute there was D. Shakenov, who worked all his life with my father in the department and then was the head of it. Now his son is the head of this department. The son of very famous traumatologist N. Orlovsky is pediatric traumatologist».

Nationally-known surgeon Gielen whole life showed how to love his profession. In Astana and far beyond its borders there are hundreds of people for whom he saved life. He was amazingly talented person who lived for the sake of helping people.

Use of materials for publication, commercial use, or distribution requires written or oral permission from the Board of Editors or the author. Hyperlink to Qazaqstan tarihy portal is necessary. All rights reserved by the Law RK “On author’s rights and related rights”. To request authorization email to mail@e-history.kz or call to 8 (7172) 57 60 13 (in - 1163)
Қазақша Русский English
MOST READ
Month Year
Recorded history of Kazakhstan. Part 2
Heroic mothers of the great steppe
How had the World War II been started?
Philosophy of the Emblem
14 monuments at Tekturmas
The rural akims: the country's hope is in the elections
Kazakh historical drama Tomiris premiered in Istanbul
Stolypin about the worries and hopes of immigrants to the Kazakh steppes
ALASH IDEA IS THE PROTECTION OF KAZAKH STATEHOOD
A tireless explorer of the Kazakh land
SWITCHING TO THE LATIN ALPHABET – UNITE ALL KAZAKH PEOPLE
Kunaev Dinmukhamed Akhmedovich
People who eat horses will kill you
Materials on theme
Ancient Otyrar in Aktobe
Li Tsygo: Early elections will allow to keep the stability and be ready for any situations
A rally in memory of missing persons after the World War II in Astana
ABUL-KHAIR KHAN - LAST RULER OF DESHT-I-QIPCHAQ