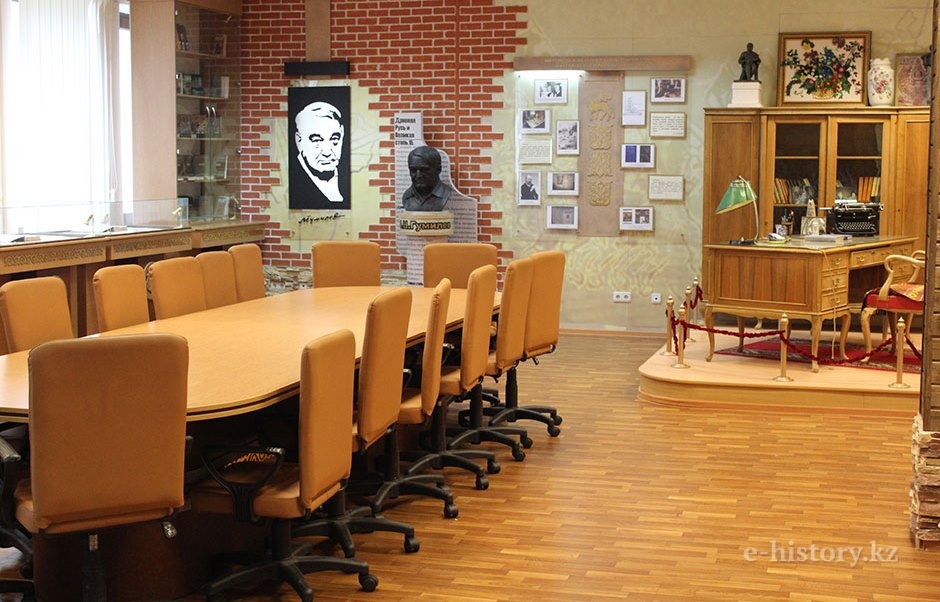 There are three museums dedicated to L.N.Gumilyov; one of them is located in the Eurasian University in Astana, the second is located in Bezheck and the third is in St. Petersburg. «The Museum was opened in 2002, — tells it curator Kausylov Daniyar. It was inaugurated by historians S.Seliverstov and Zh. Yermekbayev. They travelled to St. Petersburg and brought materials from there».

Lev Nikolayevich was born in a family of poets Nicolay Gumilyov and Anna Akhmatova. «The real last name of Anna Akhmatova is Gorenko, her pseudonym was formed from the name of the last Khan of the Golden Horde Ahmad Khan, so from her mother’s side she belongs to the Chingizids Clan. Perhaps that is why Lev Nikolayevich was interested in Turkic peoples all his life: he has the blood of nomads», — considers the Head of the Museum. 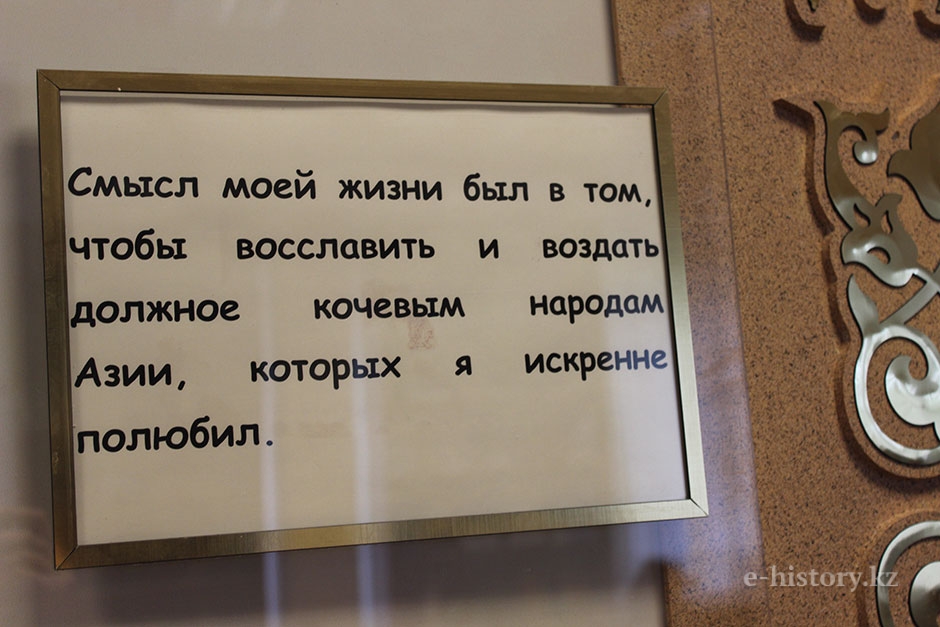 «The true friendship between peoples is possible only under the conditions of deep respect to dignity, honor, culture, language and history of every ethnos, as well as wide communication between them. We should contribute to the further broaden of contacts between national cultures, the mutual enrichment, development and flourishing».

In 1934 young Gumilyov entered the Faculty of History in Leningrad University. However he got his diploma only in 1946. The reason of such a long learning was three arrests and 14 years in camps in total. 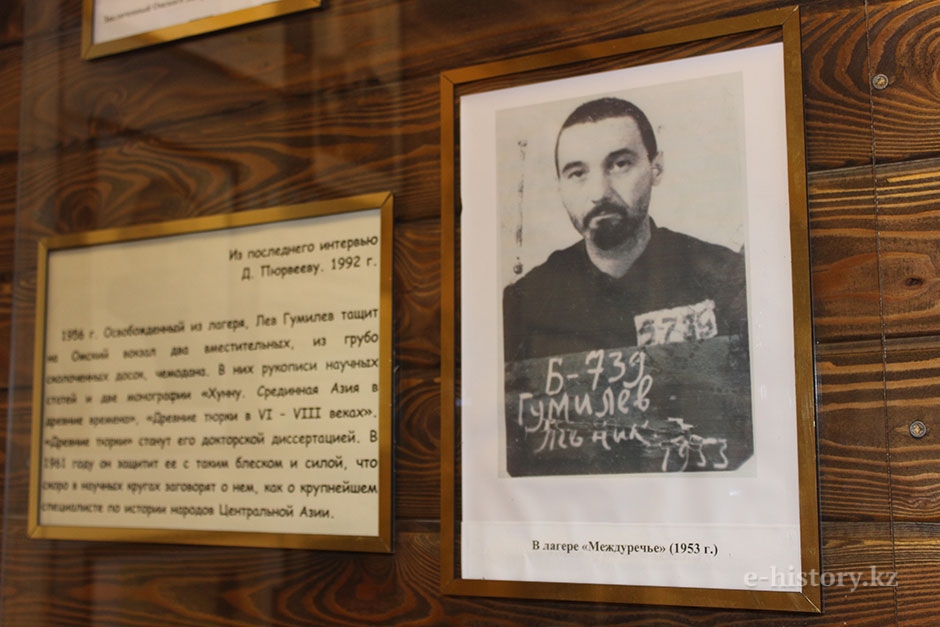 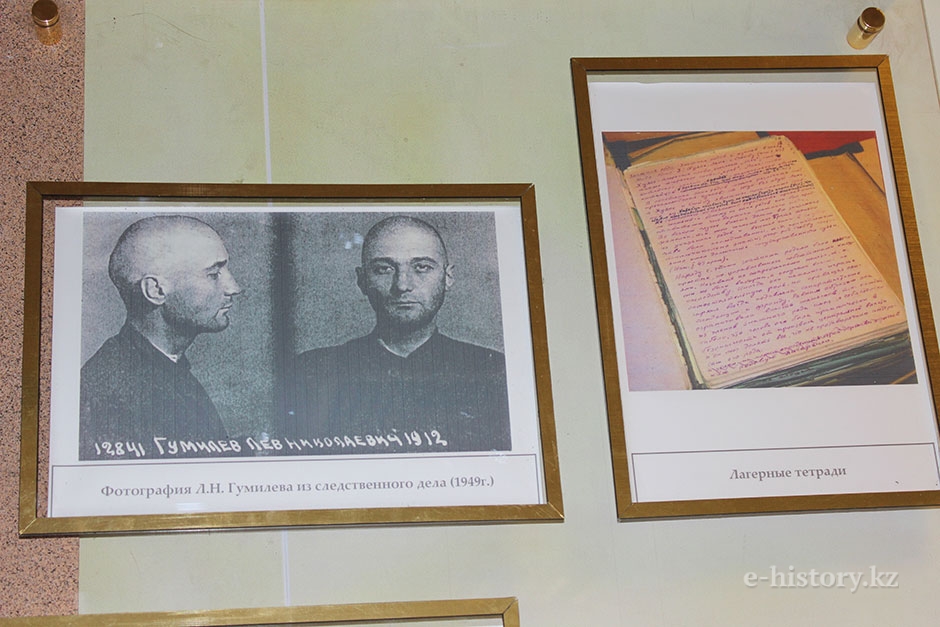 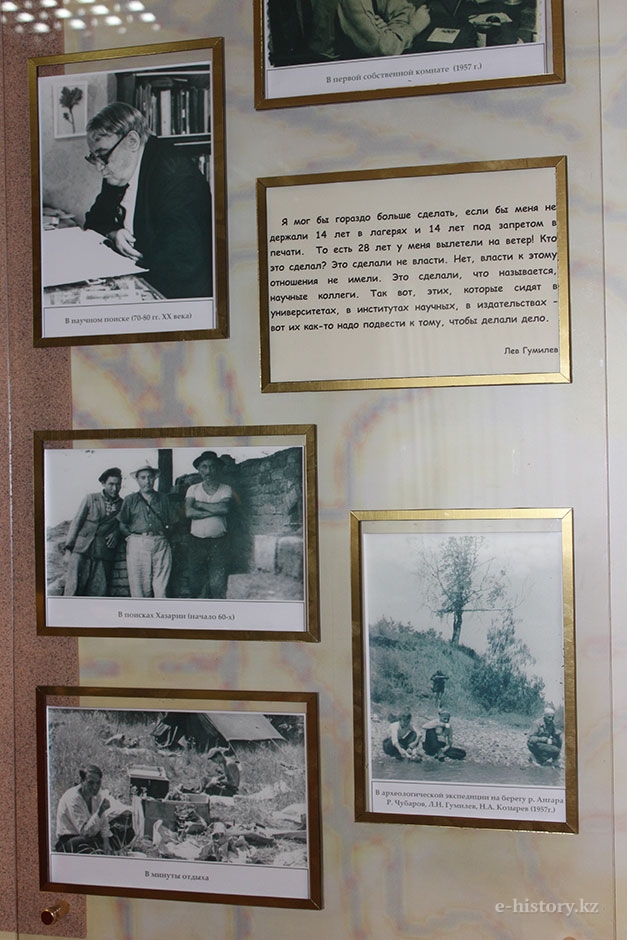 In 1938 Lev Nikolayevich arrested for the second time and sentenced to be shot. Sitting in the chamber and waiting for his sentence, he came to the idea that nothing happened by itself in this world, there was a higher power which affects ethnoses, individuals, their birth, development and dying. It had been the idea of Passionarity became famous later.

«… exceptional value of passionarity lies in the fact only that it is a measure of the potential of competing ethnic systems and hence determines the balance of powers in this era, though does not define the outcome of events». 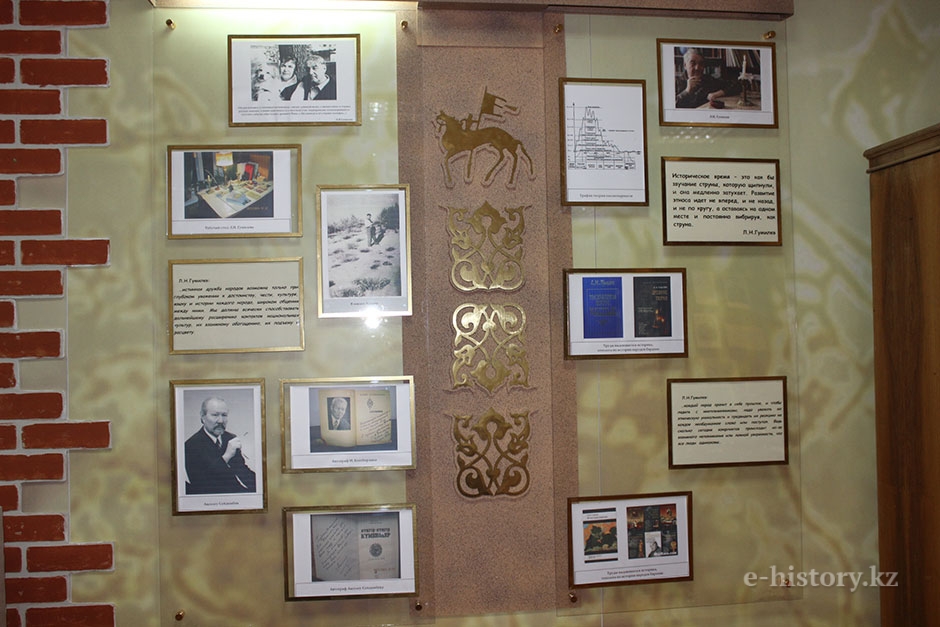 It is shown his famous «Graph of Passionarity» here

After his release in 1944, the scientist asked to send him to the front, but was refused. There is evidence that he will repeat his request in more convincing form by the phrase: «Chief, let me go, otherwise I’ll cut my veins, spatter you with blood and you will go to the hell» After these threats he was released, he went to war as part of a penal battalion. The Day of Victory Gumilyov meets in Berlin.

Shadowing did not stop after the war. In 1949 he was arrested for the third time, so he came to Kazakhstan, to KARLAG. 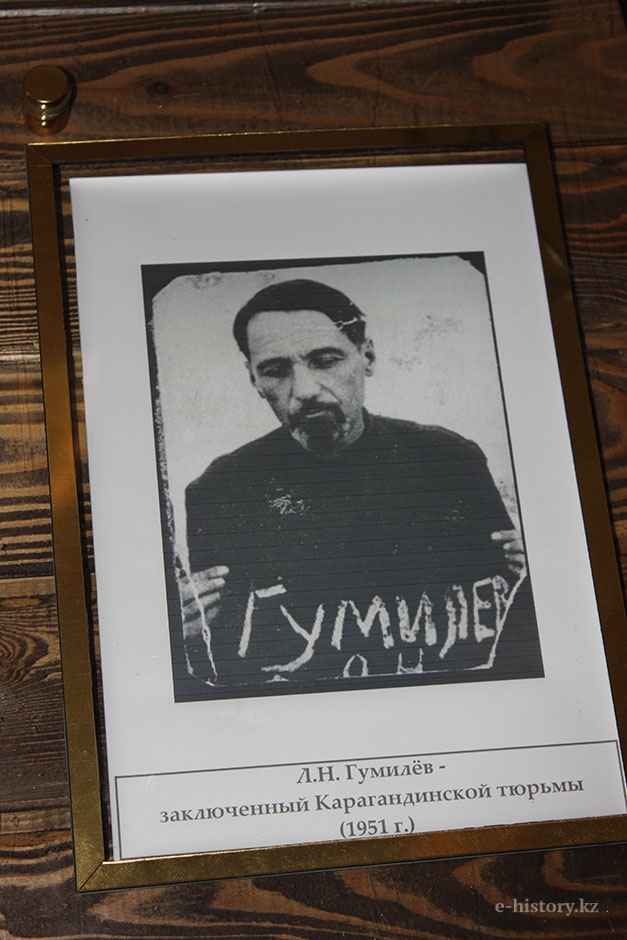 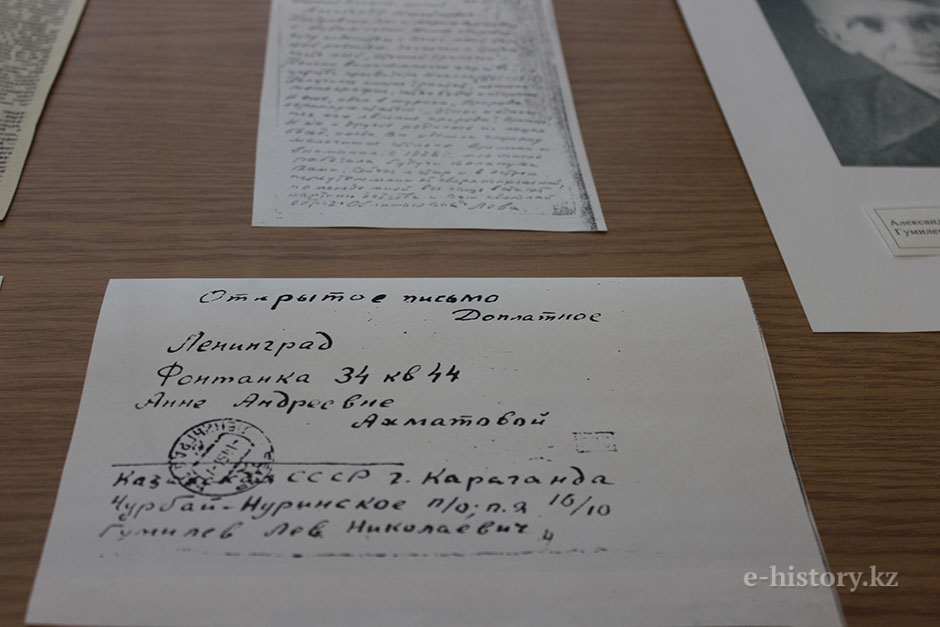 Letter from the camp addressed to his mother

Arrests, chambers, camps, war; it seems that all this should break man forever. But it is not about Gumilyov, the son of the Silver Age with a strong spirit of the nomad. In 1956 he released from his last place of refuge, Omsk camp, with a suitcase full of manuscripts. In imprisonment he wrote and thought a lot, even learned Persian from conversations with Iranian prisoner. «I am not an armchair scientist, but convict» — said Gumilyov about himself. He wrote mainly on paper taken from parcels which were sent to prisoners. Prisoners brought it from everywhere, but the paper lacked. So he wrote without errors and mistakes. 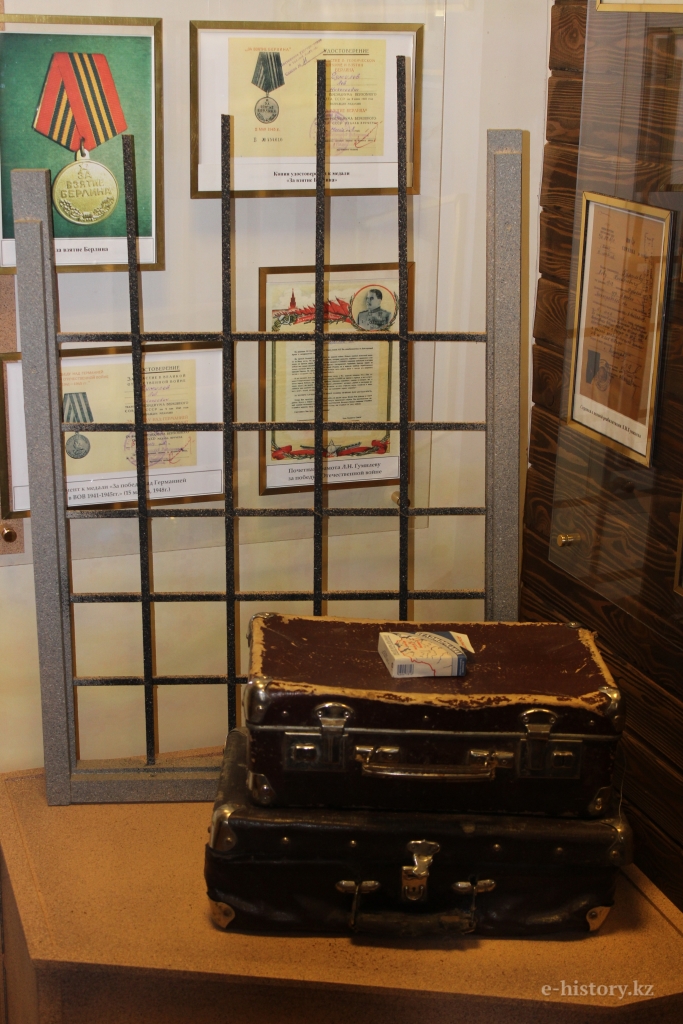 Gumilyov Museum-Auditorium in Astana is amazing. Besides the fact that it stores rare documents and photographs as well as personal belongings of the scientist, there are lot of material about his the arrests and harassment here, the atmosphere of the museum itself radiates light and thirst for life. I think that this is exactly what experienced Gumilyov, devoted all his life to science and not abandoned it for a second. In this regard, it is very interesting «testament» to the investigator: «I wrote „History of Hun“ for my own pleasure and comfort of the soul. There is nothing anti-Soviet in it <…>. After editorial revision the book can be printed; my authorship may be omitted; I love science more than our own vanity <…>».

«You’re smart, so that are dangerous to society» — this was the answer to the question from Lev Nikolayevich about the motives of his arrest.

«Fate is possibility of the station. So there is a process that does not pass strictly programmed but variable, and this variability depends on so many facts that we cannot not only consider them all, but even cope with them. So now I’m willing to repeat that I’m satisfied with my fate. I was with my people and experienced what worried my people». 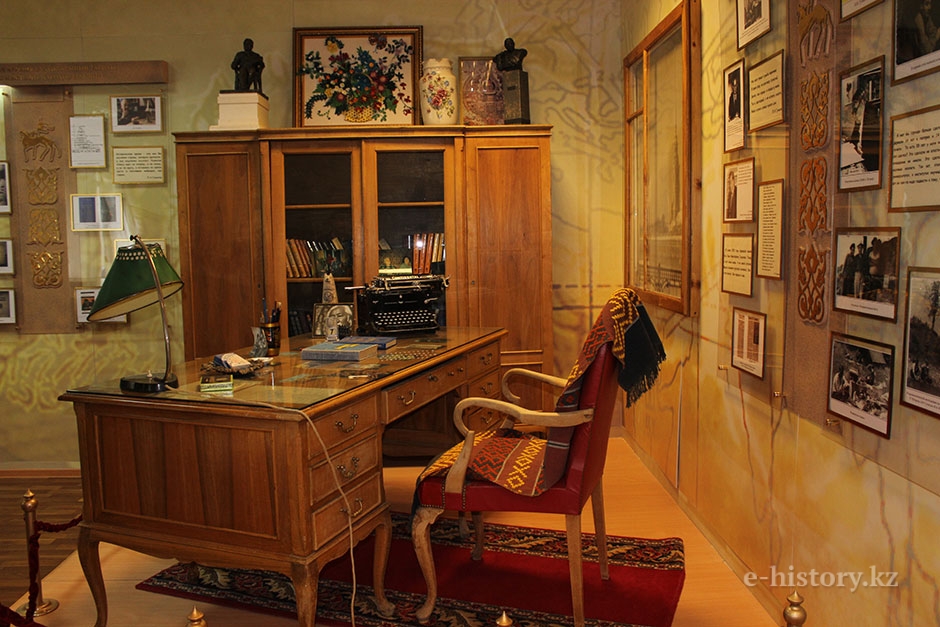 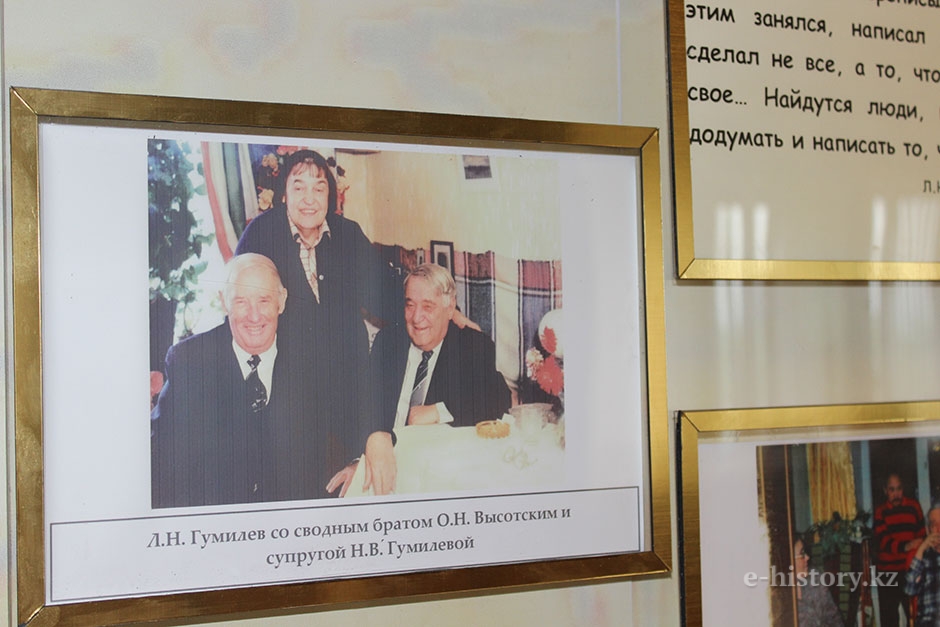 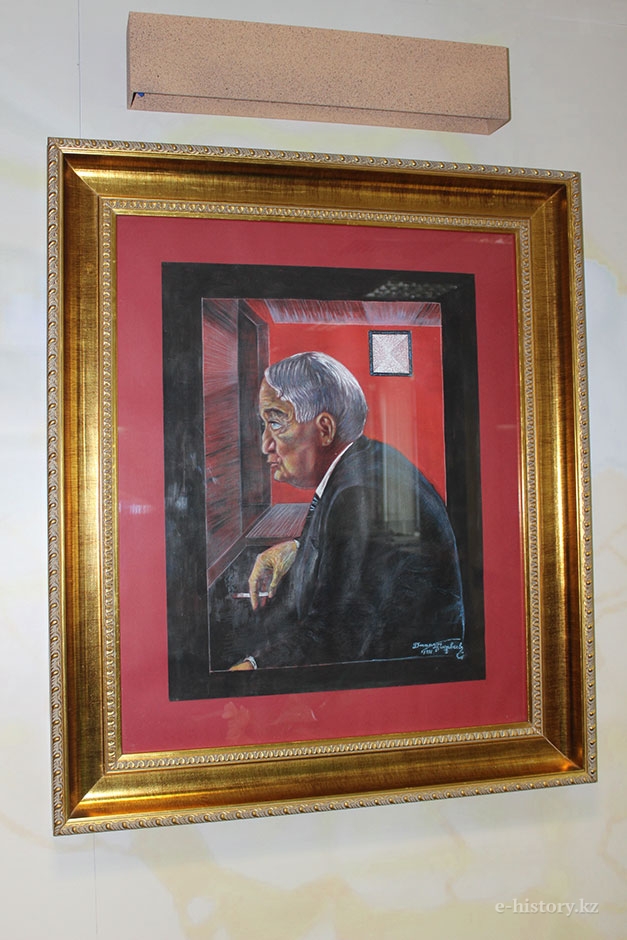 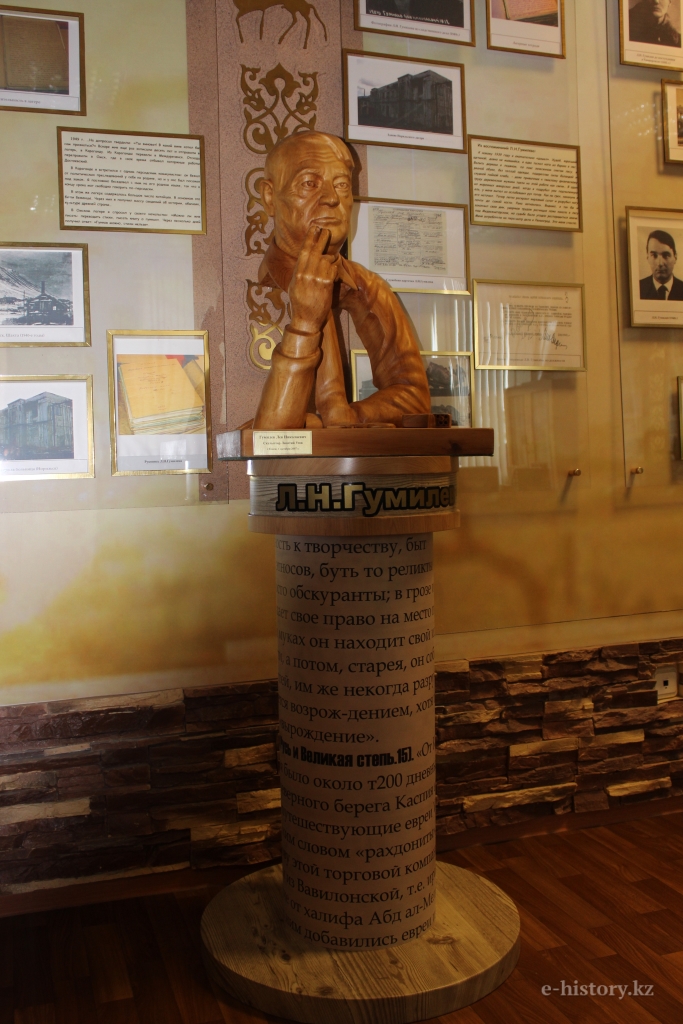 Despite the fact that the Museum is situated in the Eurasian University, it is opened for everybody, every day except weekend, from 9.00 to 18.00.