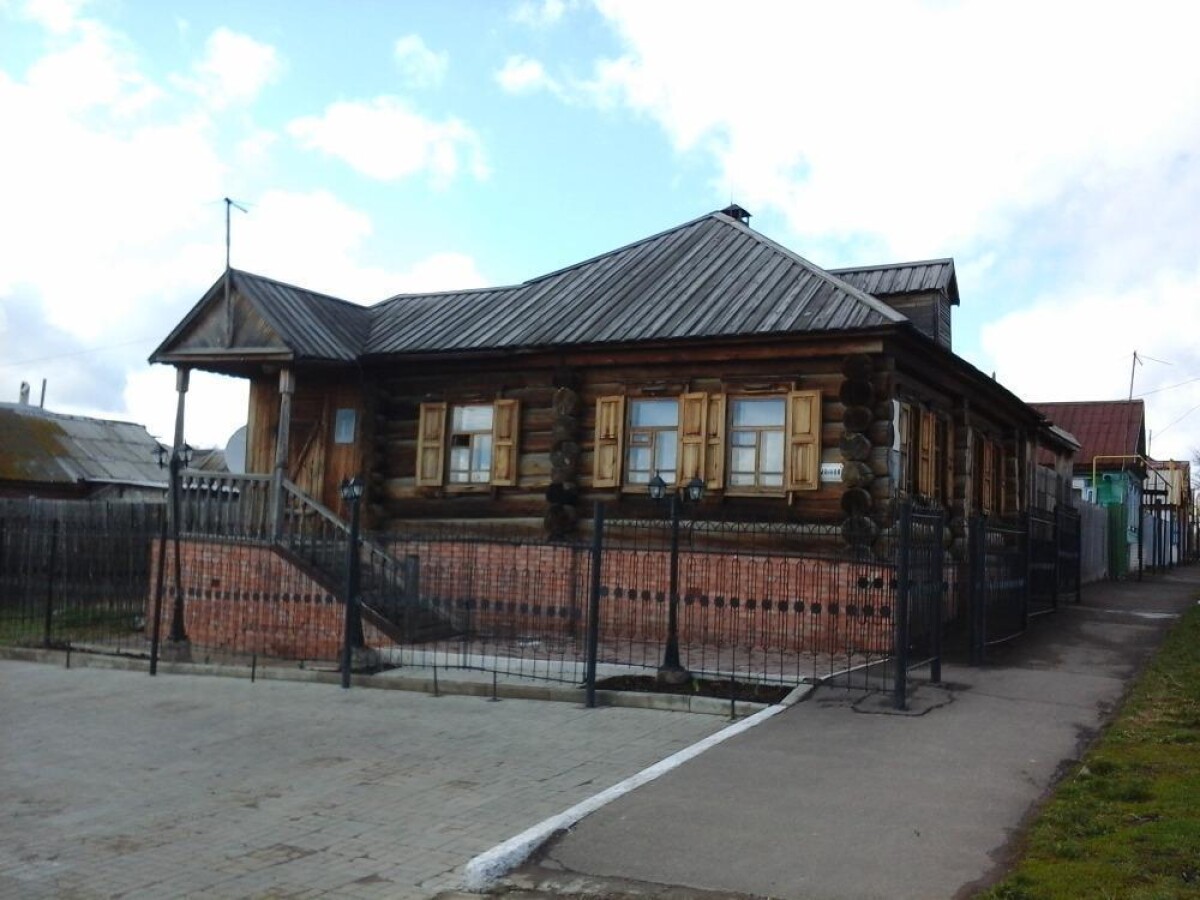 House-museum of Y. Pugachev in Uralsk it is the work of art of the 18th century and precious historical monument.

The reason of location of the museum in the Uralsk city in the years 1773–1775 when there was a war peasants Y. Pugachev relied on the assistance of local Kazakhs and bashkurts border margins in Uralsk.

In the war of the peasants, the leader of which was Y.Pugachev participated Kazakhs of the Little Horde and their goal was to get rid of the king’s pressure. This war consisted of three periods and lost in 1775. Y. Pugachev himself sent to Moscow for the death. This revolt, which was attended by the Kazakhs of the Middle and Junior juz affected the beginning of the national liberation movement of the Kazakh people against the Russian colonization.

According to the historical data this house-museum belonged to his wife U. Kuznevova’s father. Under Soviet rule until 1967 this house was the library. Since 1991 as the historical monument moved to the Regional History Museum. Here is shown special photo report from the museum. 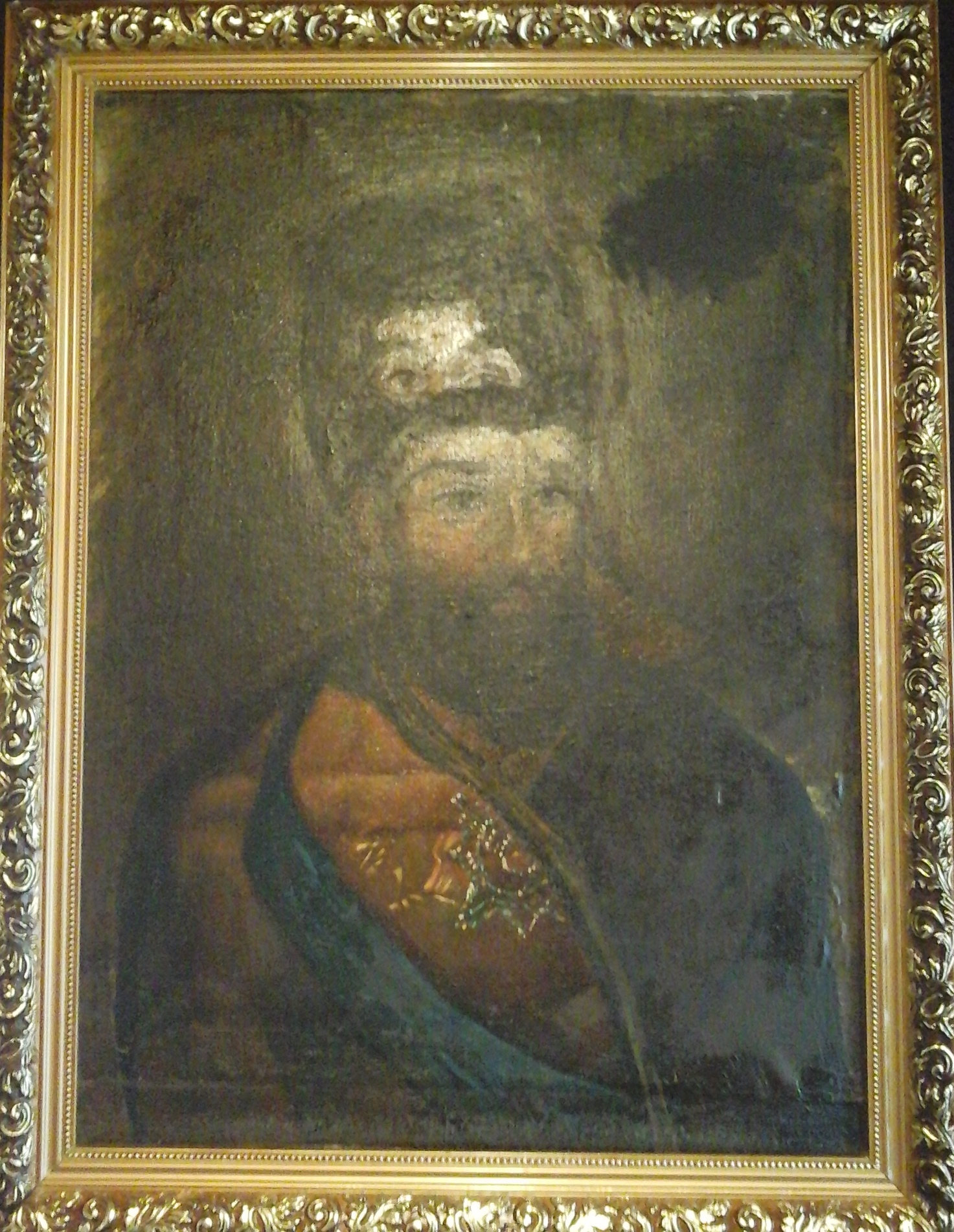 A picture belongs to unknown artist. In the picture represented Y.Pugachev and Catherine II. The reason why the artist painted this picture did is unknown to historians.

The throne of Y. Pugachev. In 1773 he presented himself to the people as «Peter III» and held a ceremony for the accession to the throne. 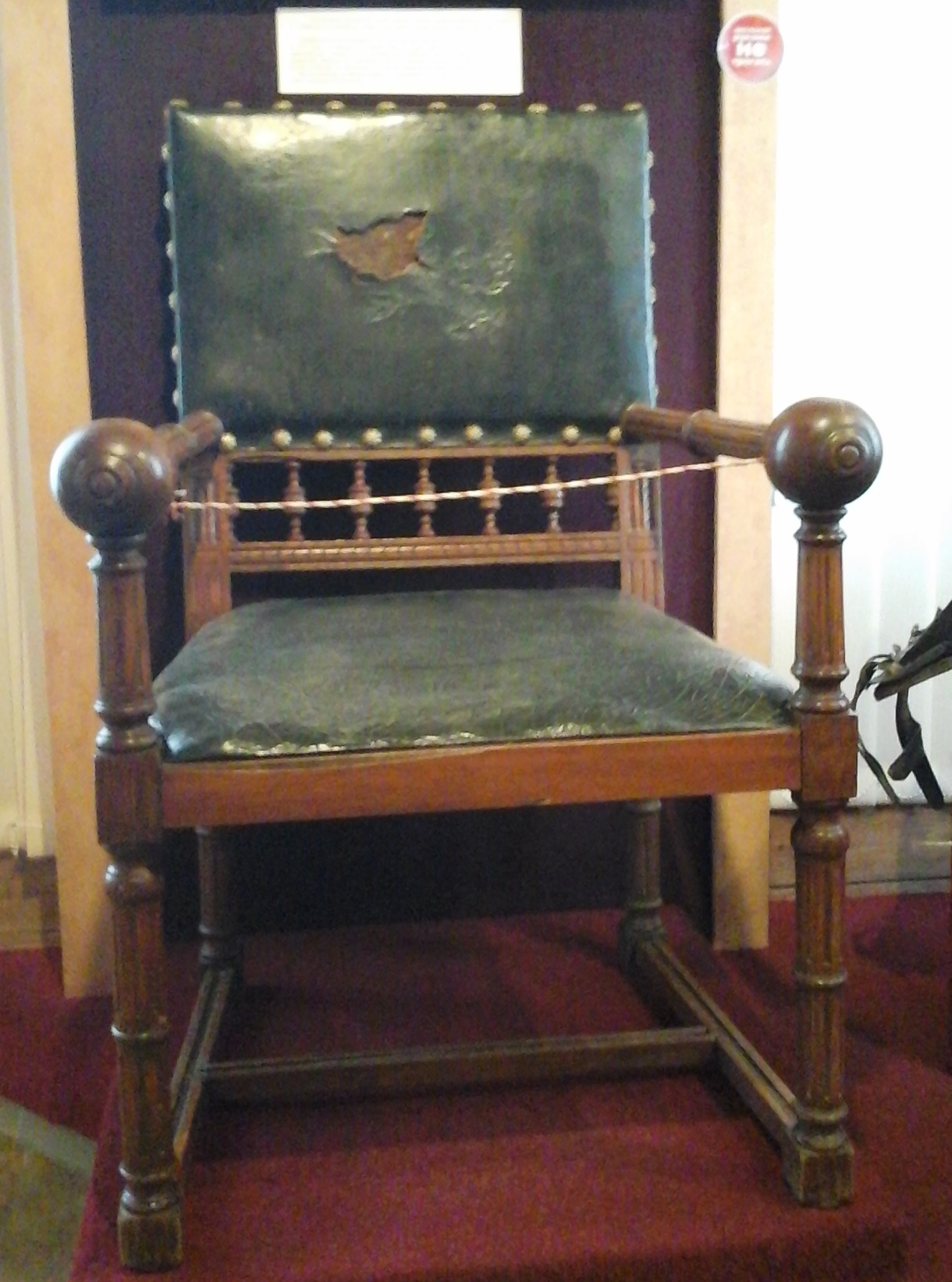 Mittens that Catherine II gave to Kazakhs who participated in suppressing of the uprising Y. Pugachev. These mittens were given as a special gift. 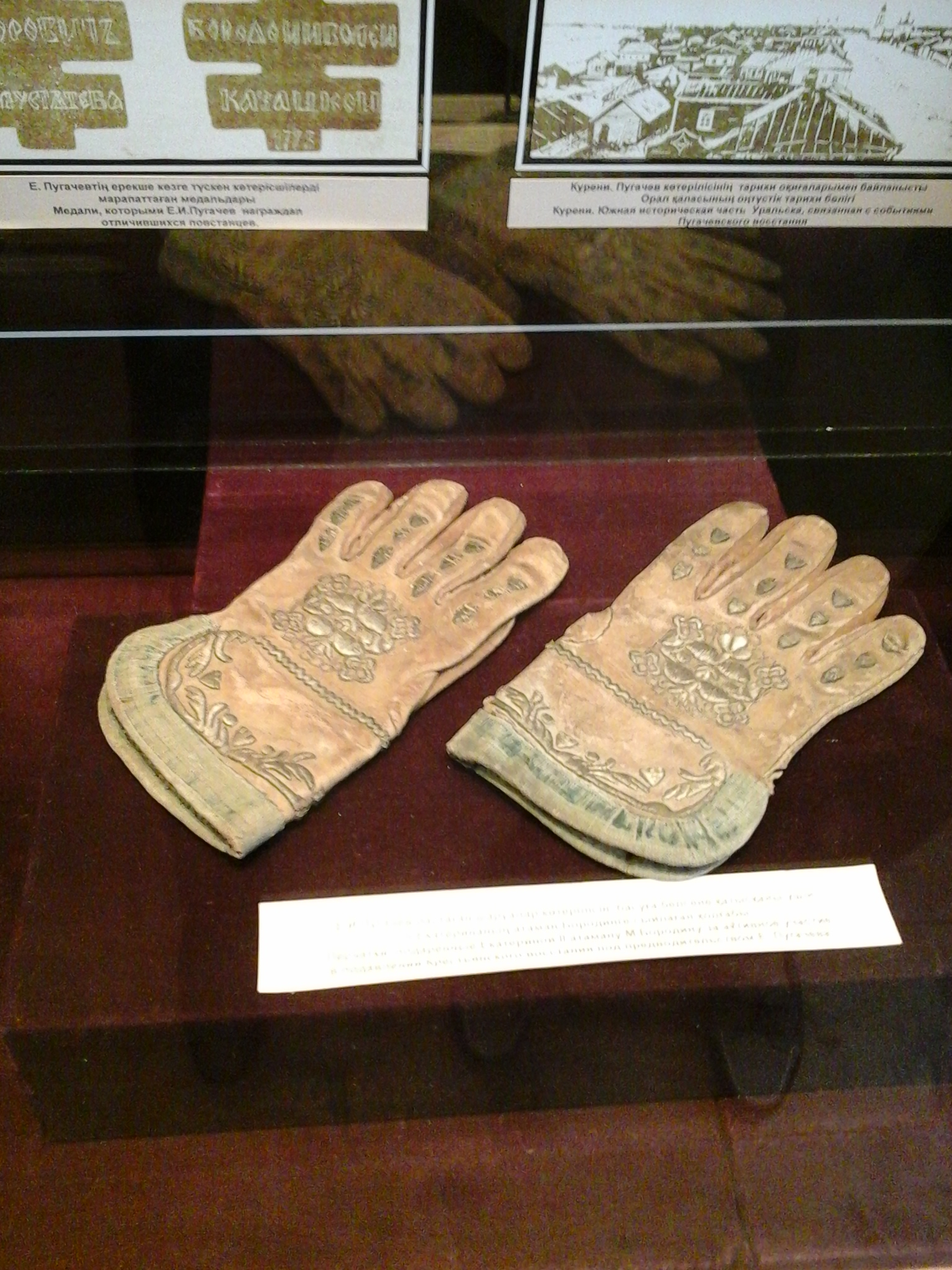 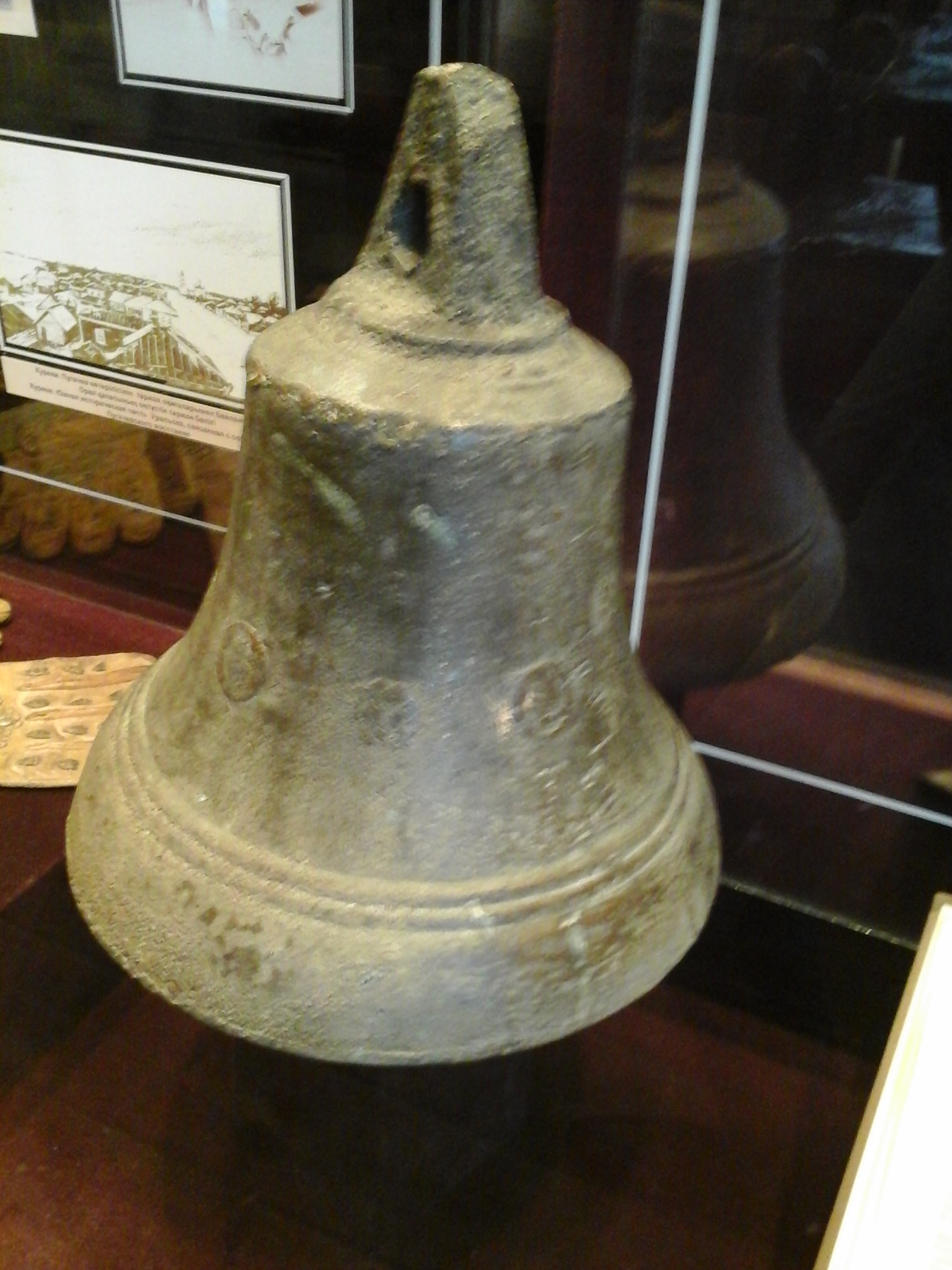 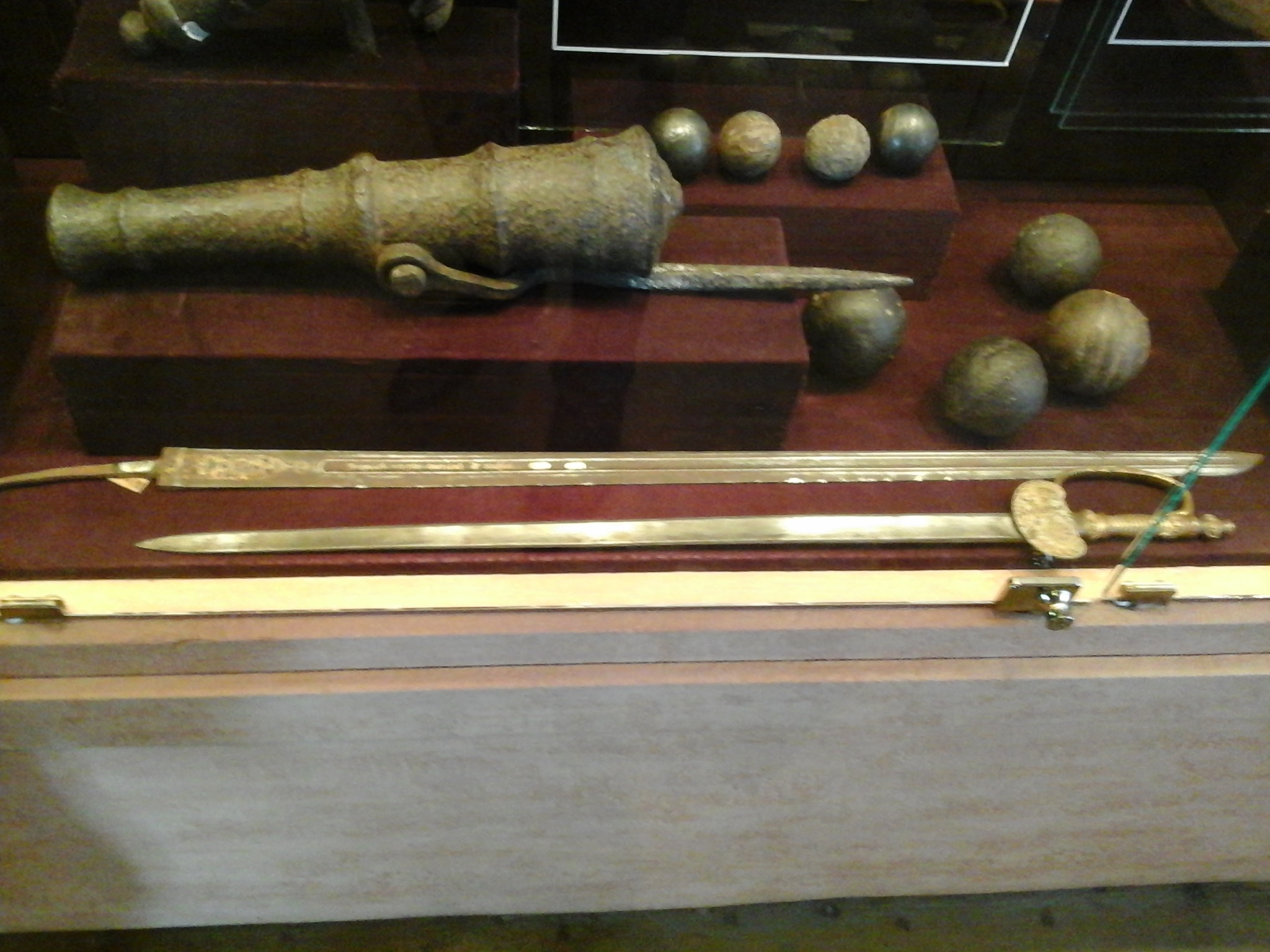 The grille where he was arrested and brought.  In 1775 together with this grille he was brought to Moscow and sentenced to death. 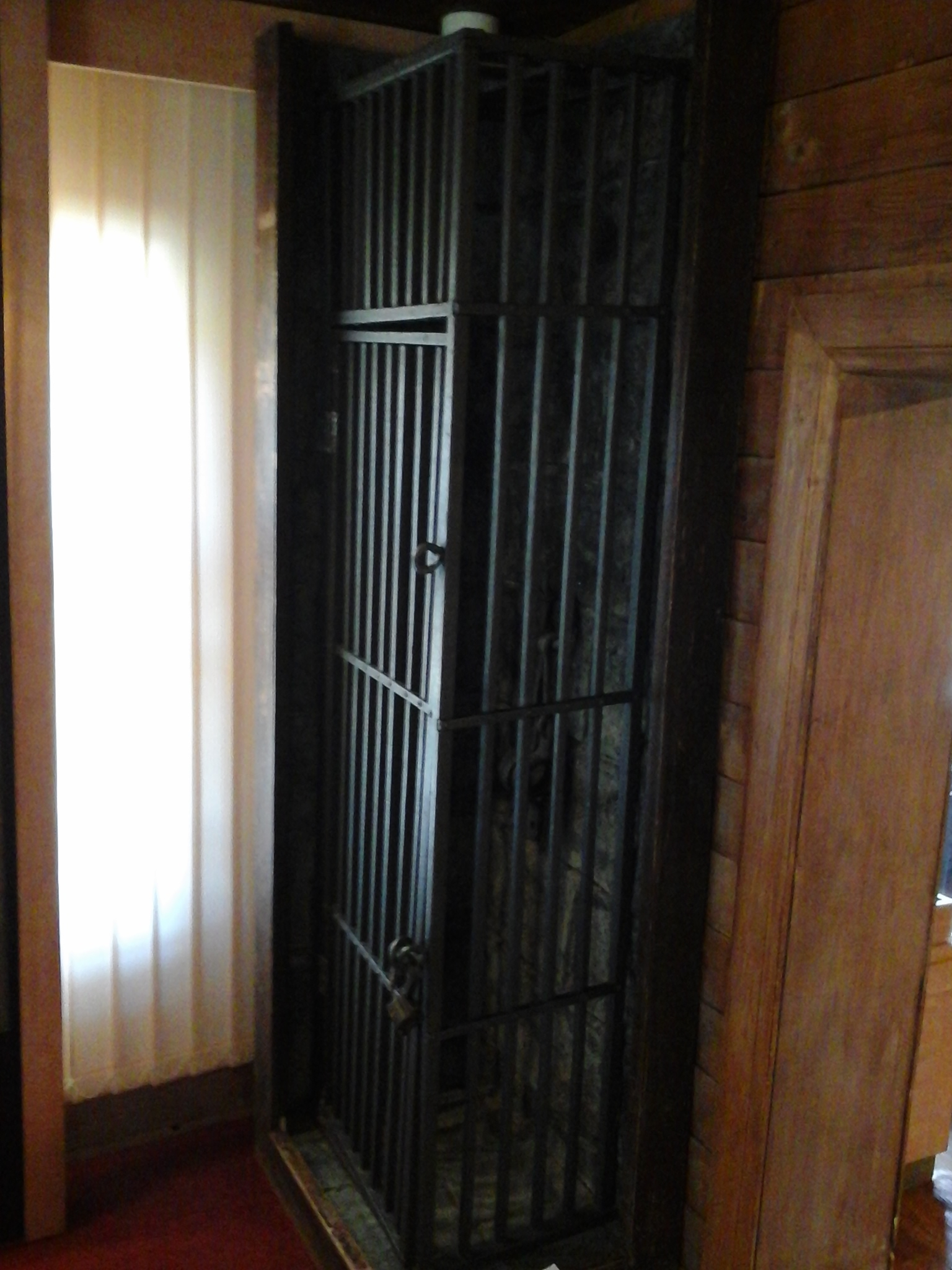 Flag of peasants involved in the Y. Pugachev’ uprising. 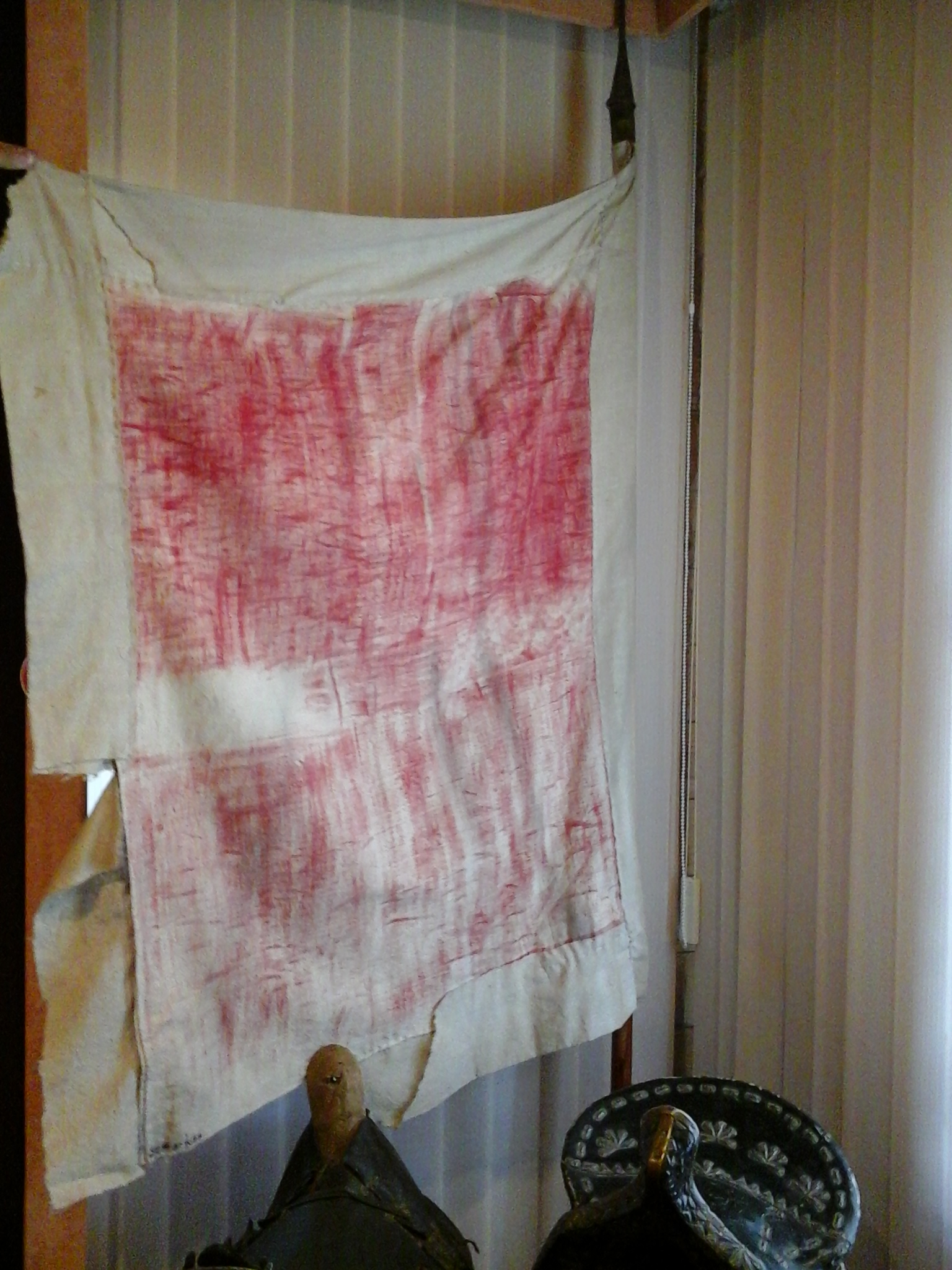 Russian stove in the house-museum 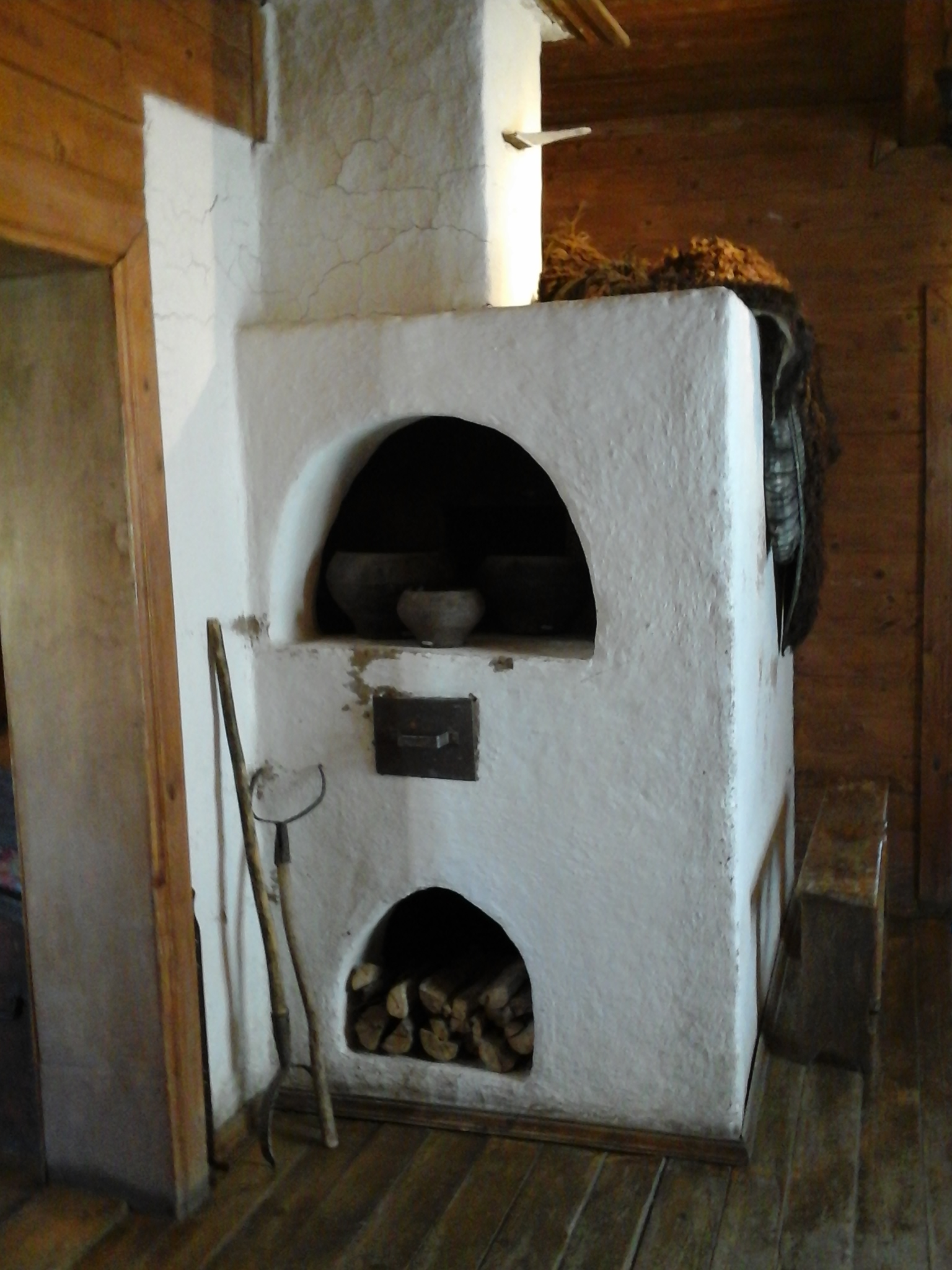 His wife Ustinia Kuznetsova’s dress. January 1, 1774, the young priest Sergey Mikhailov held the wedding ceremony. Before him was the priest Dmitry, but he was thrown into belfry, as he refused to hold a wedding ceremony. 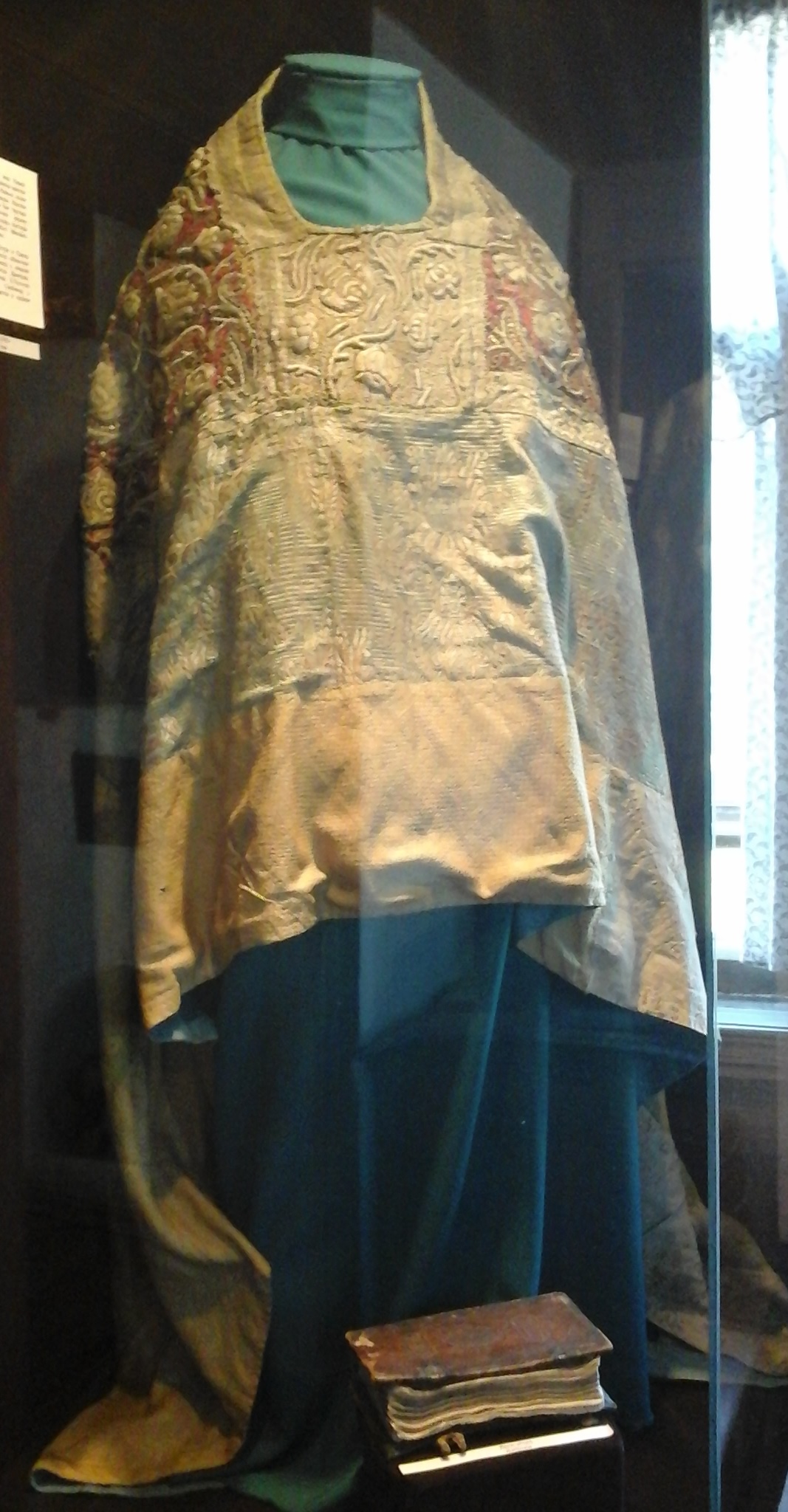 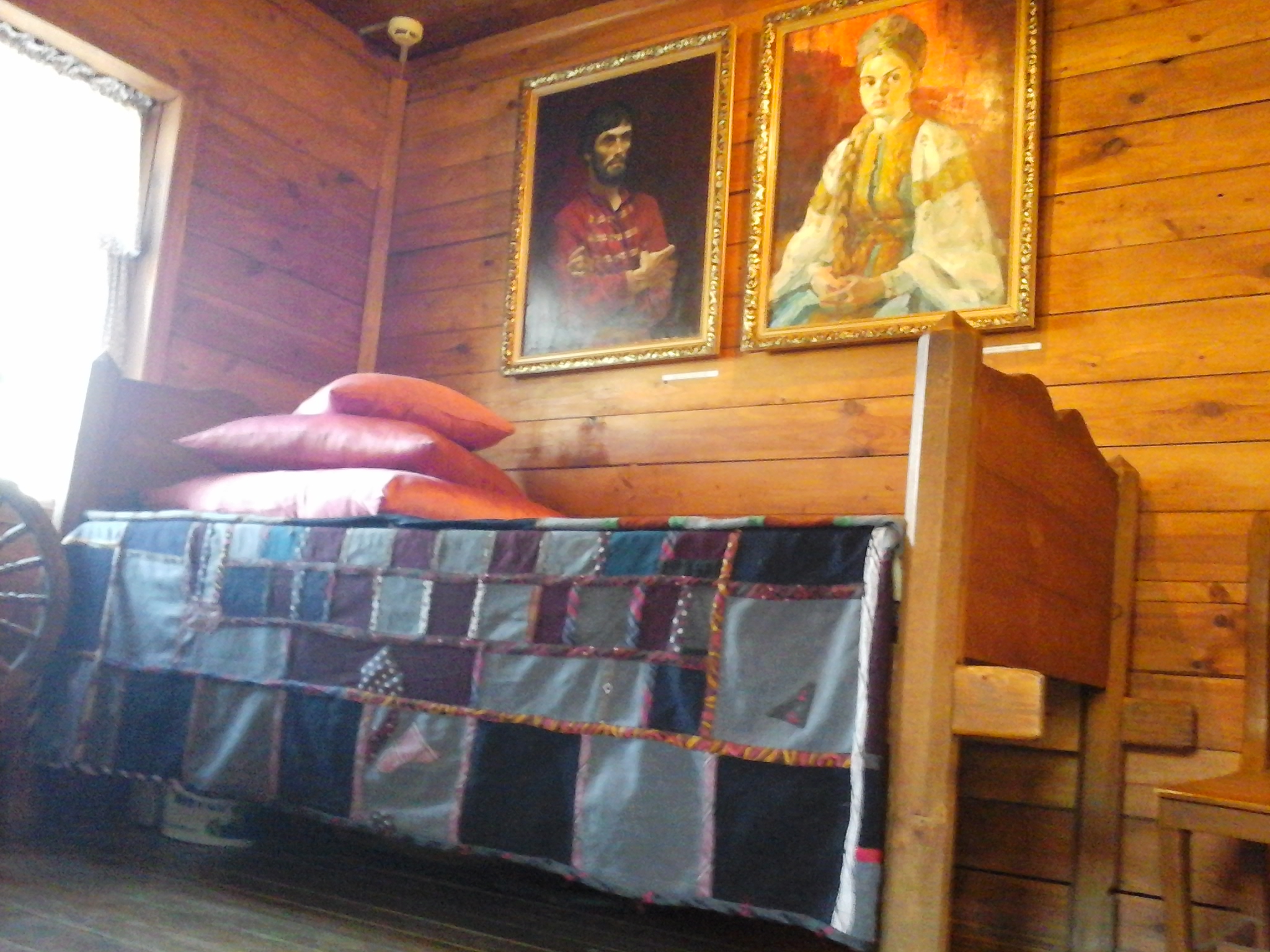 His wife UstinIa Kuznetsova’s dress. Catherine II did not miss any rumor that talked about U.Kuznetsova. Every story about her queen listened with envy. 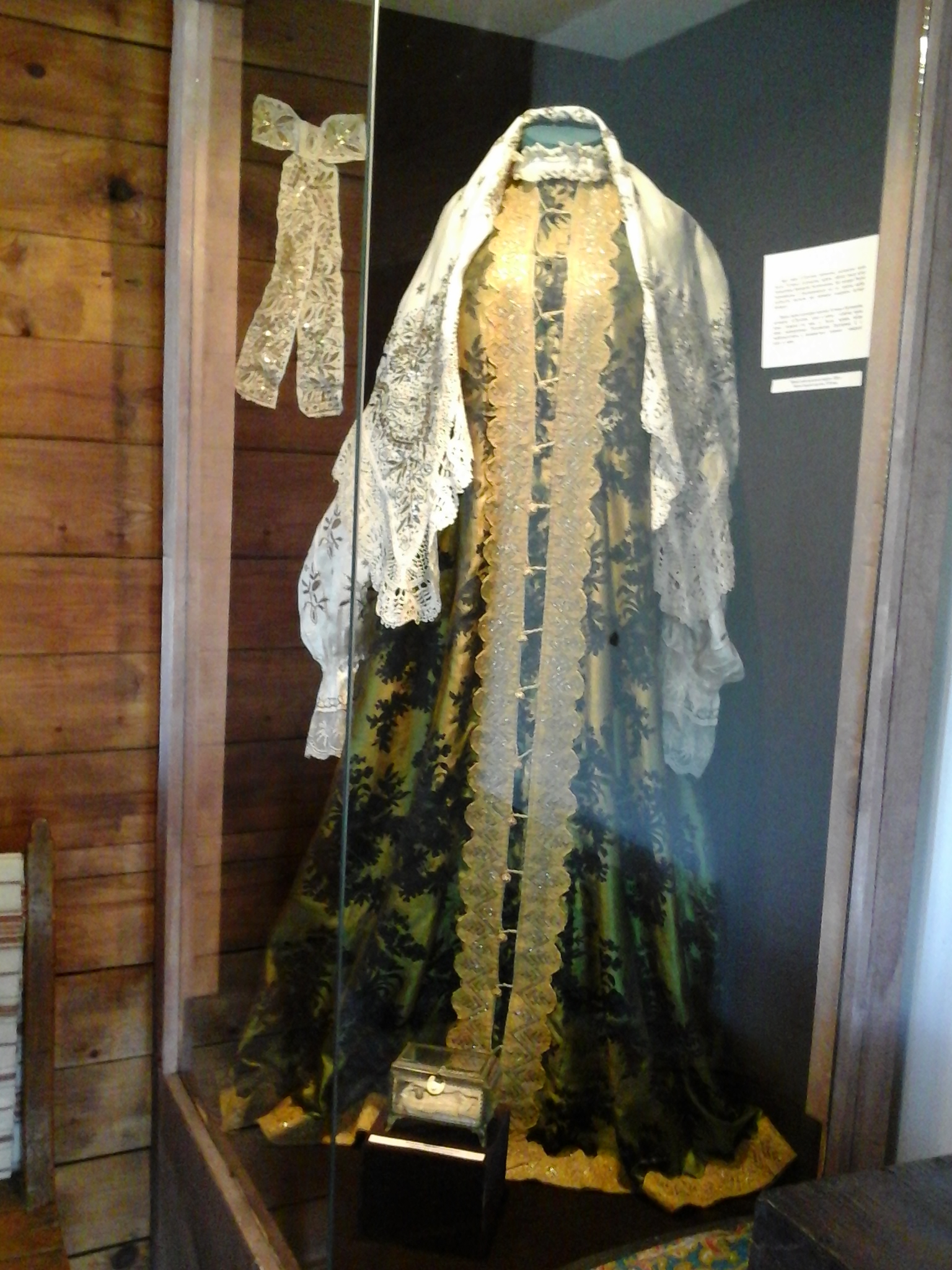 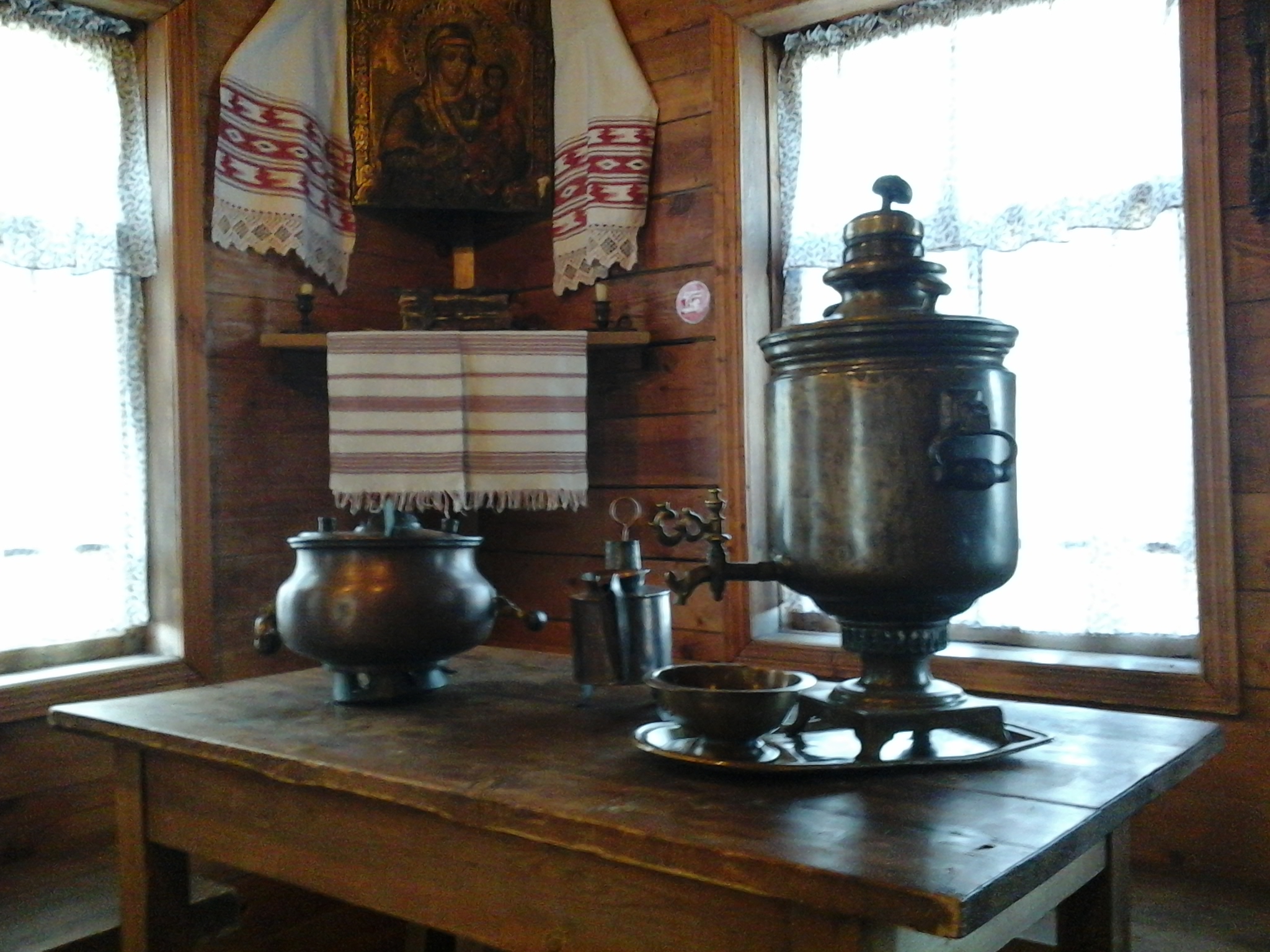 Hallway of the house-museum 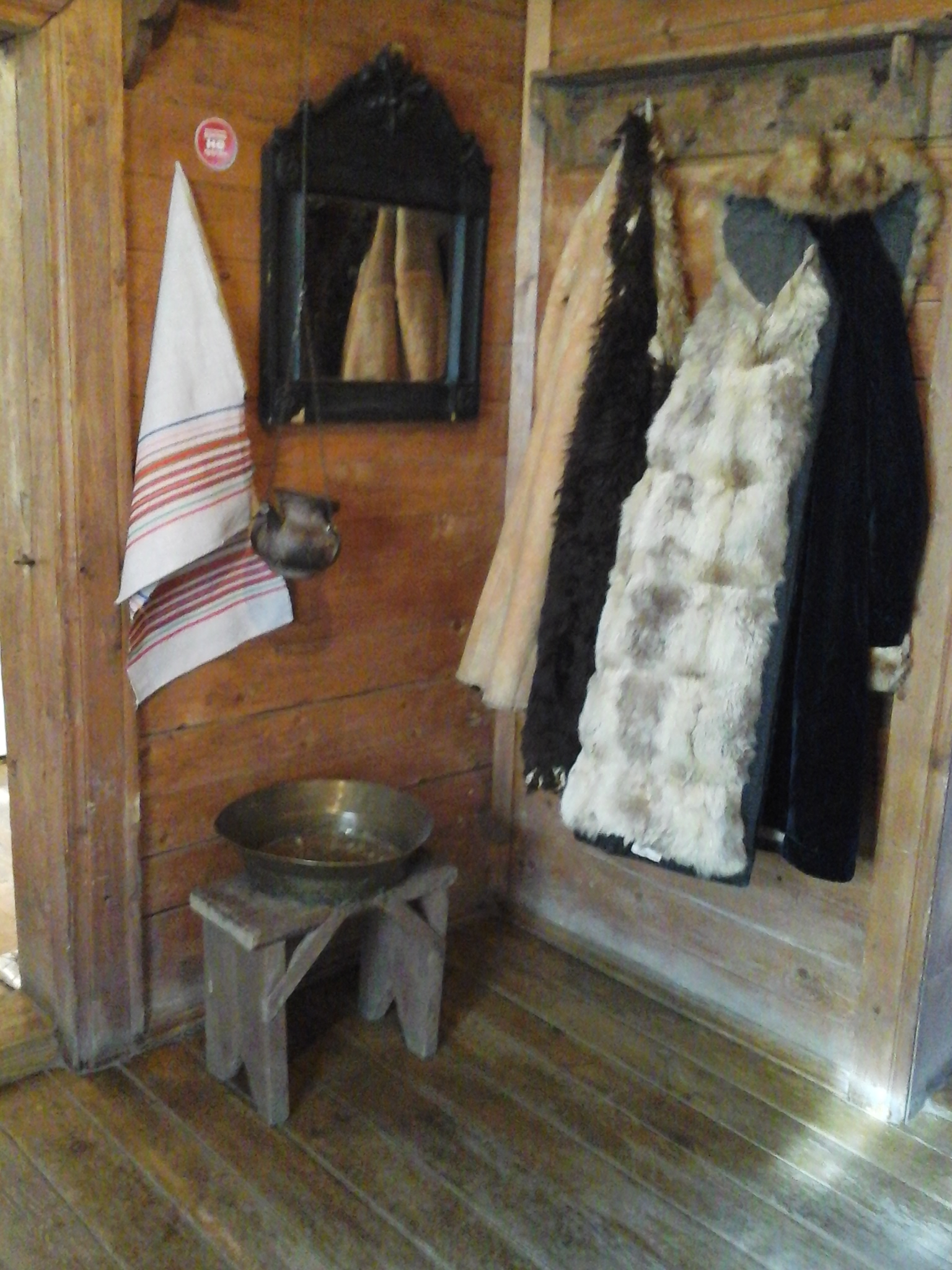 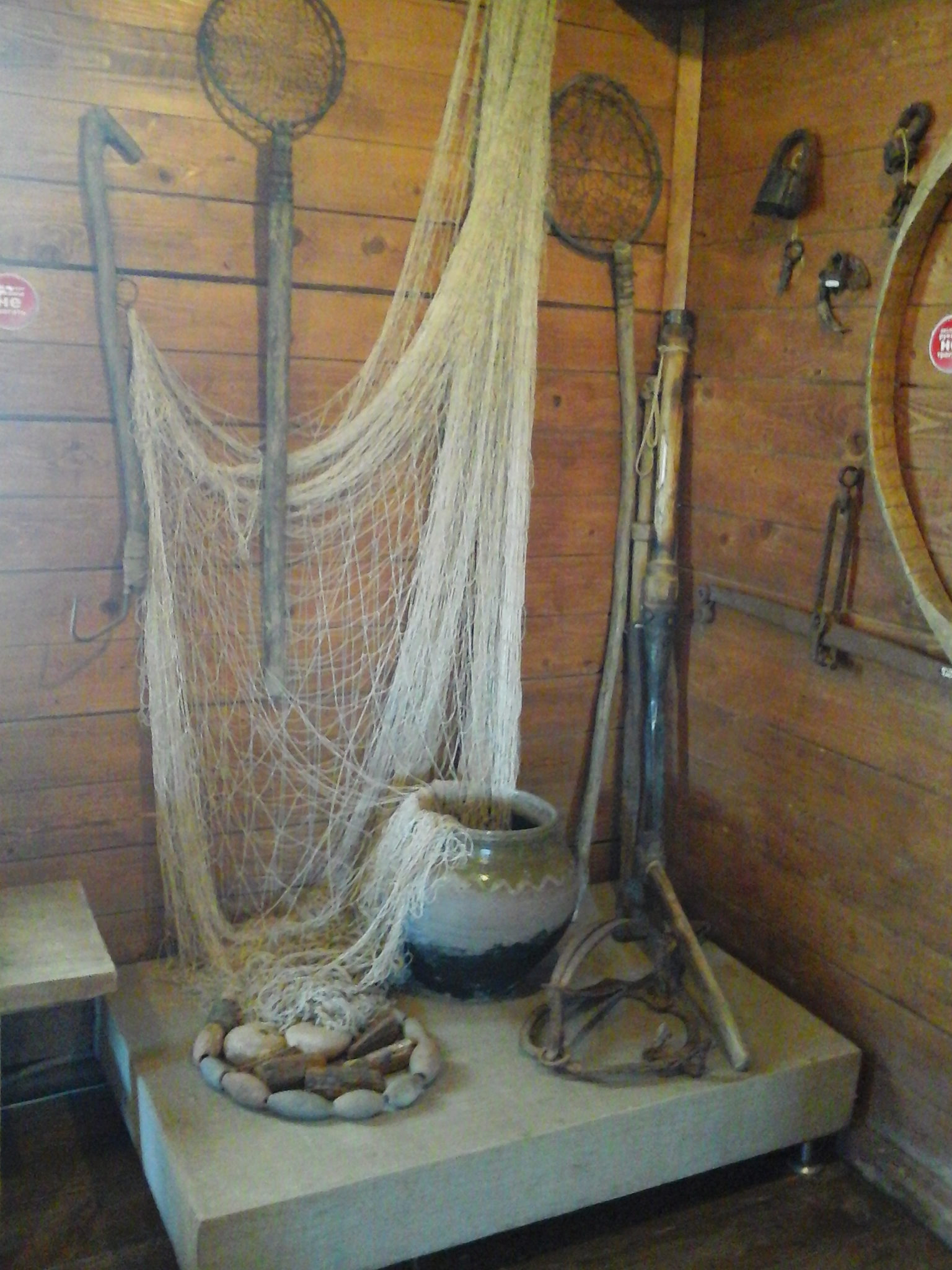 The courtyard of the house-museum: 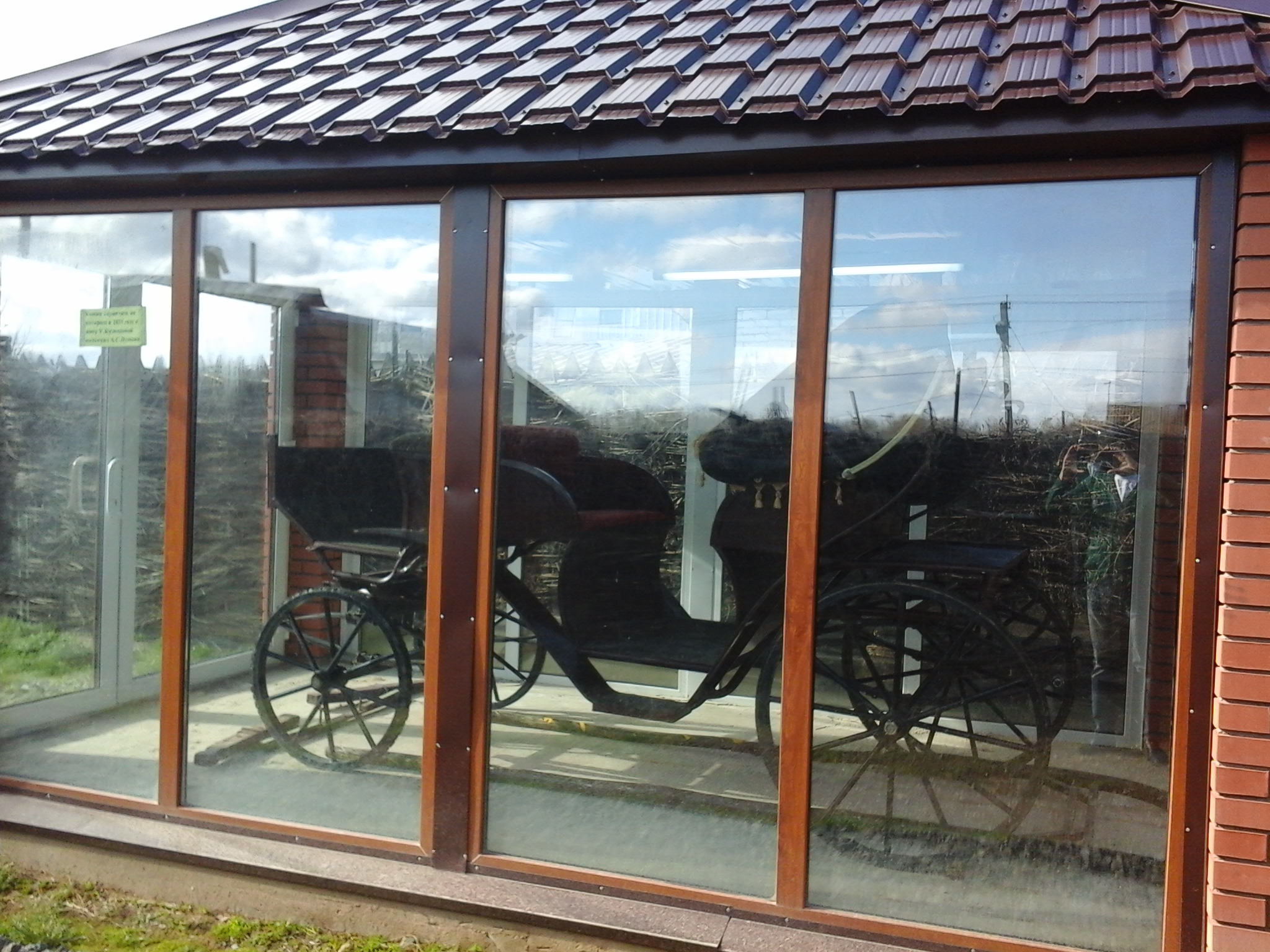 A copy of the tarantass of Russian poet Alexander Pushkin. In 1833 Pushkin made a special trip to Uralsk to meet Ustinia Kuznetsova. On this trip, the poet wrote a «Captain’s Daughter». This work was the first literary work about Y. Pugachev’s uprising. 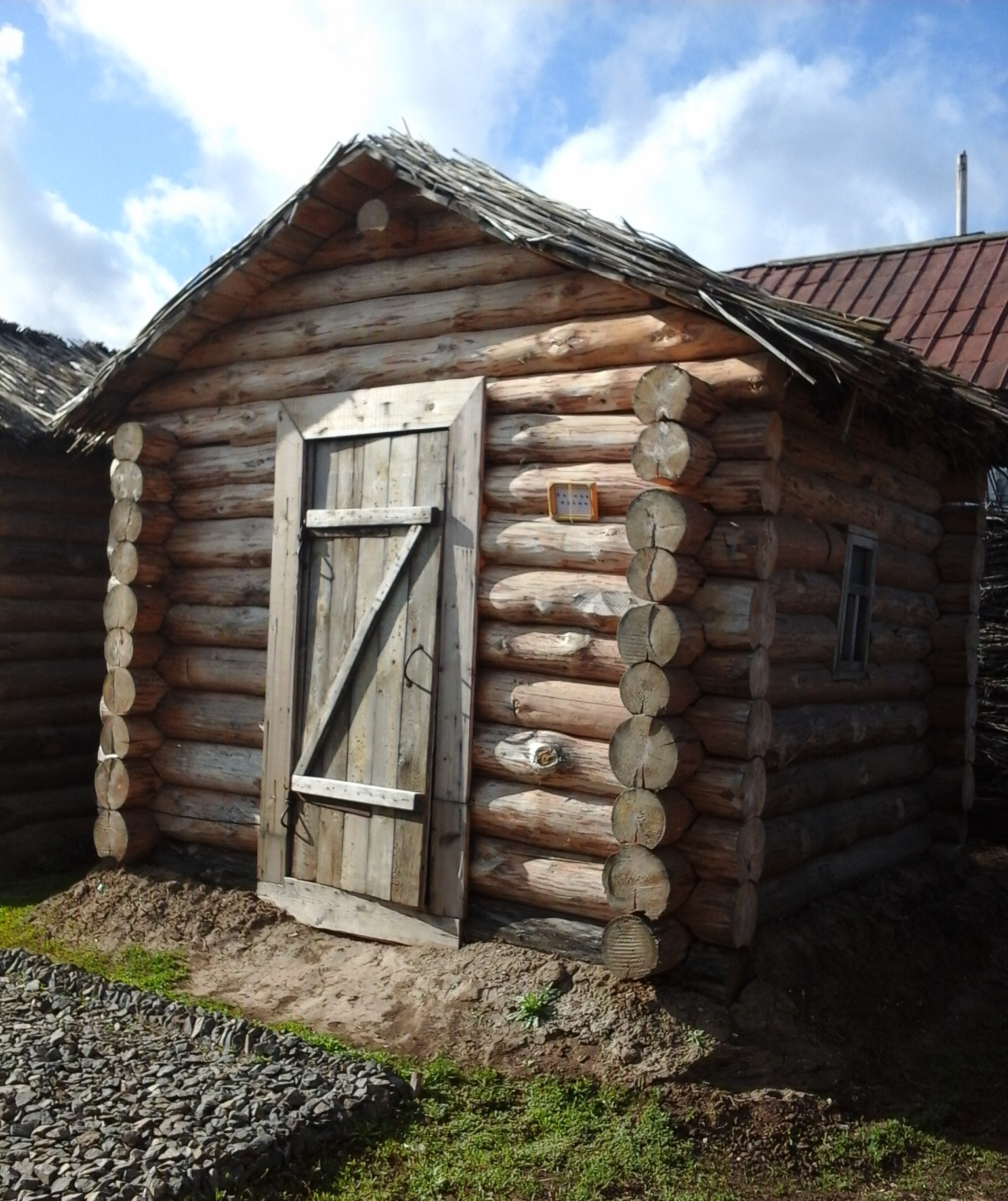 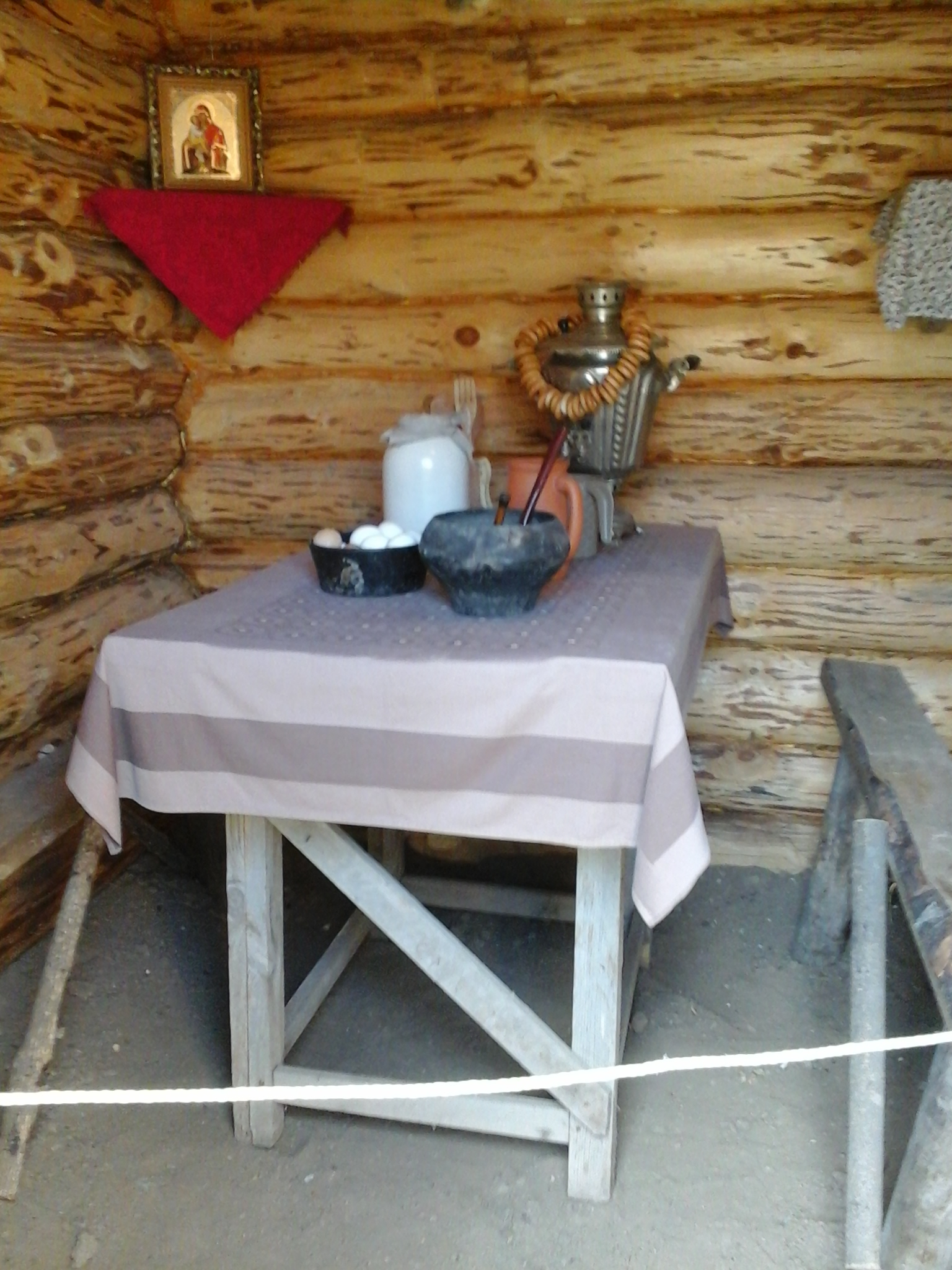 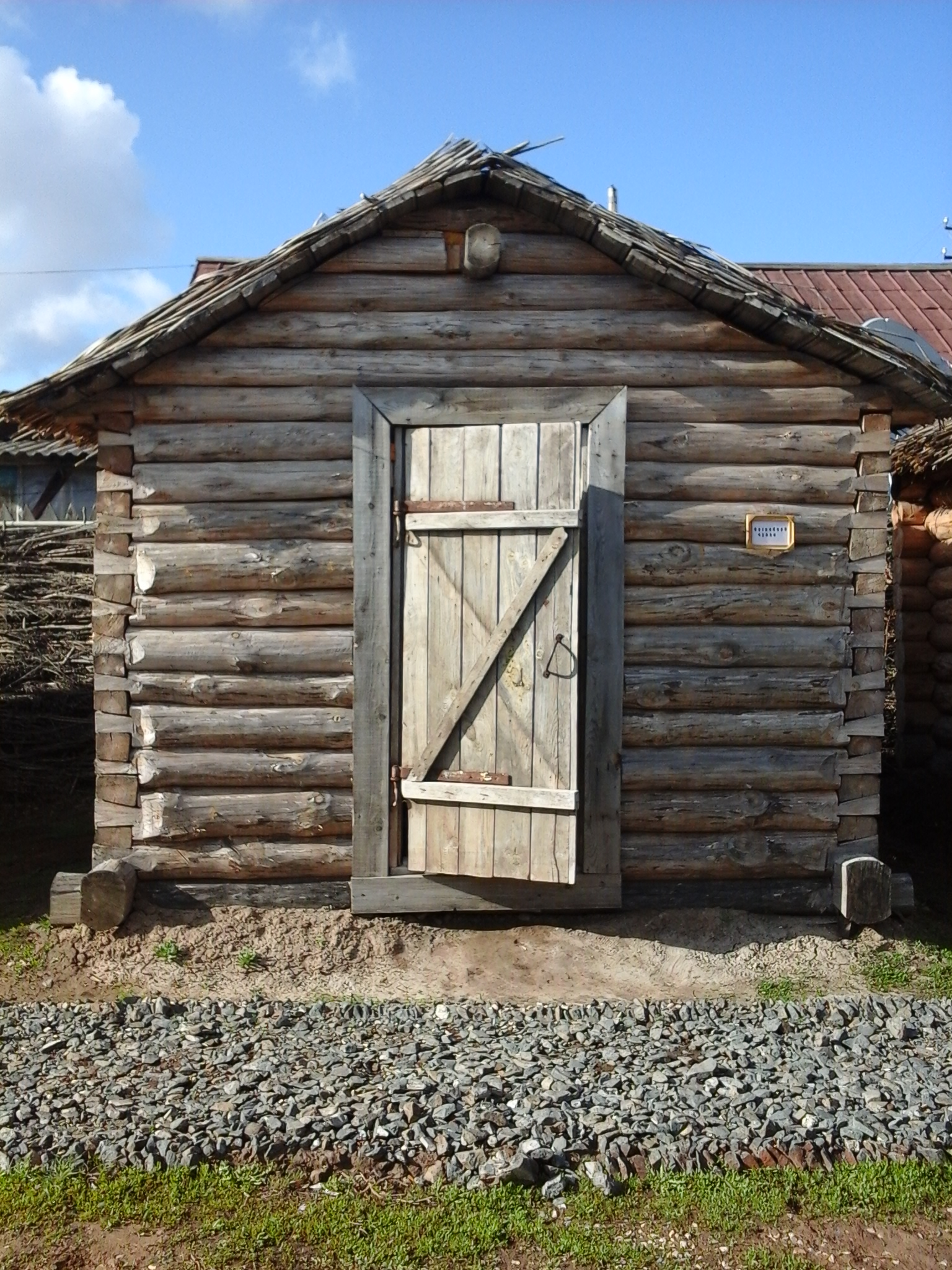 Well in the closet 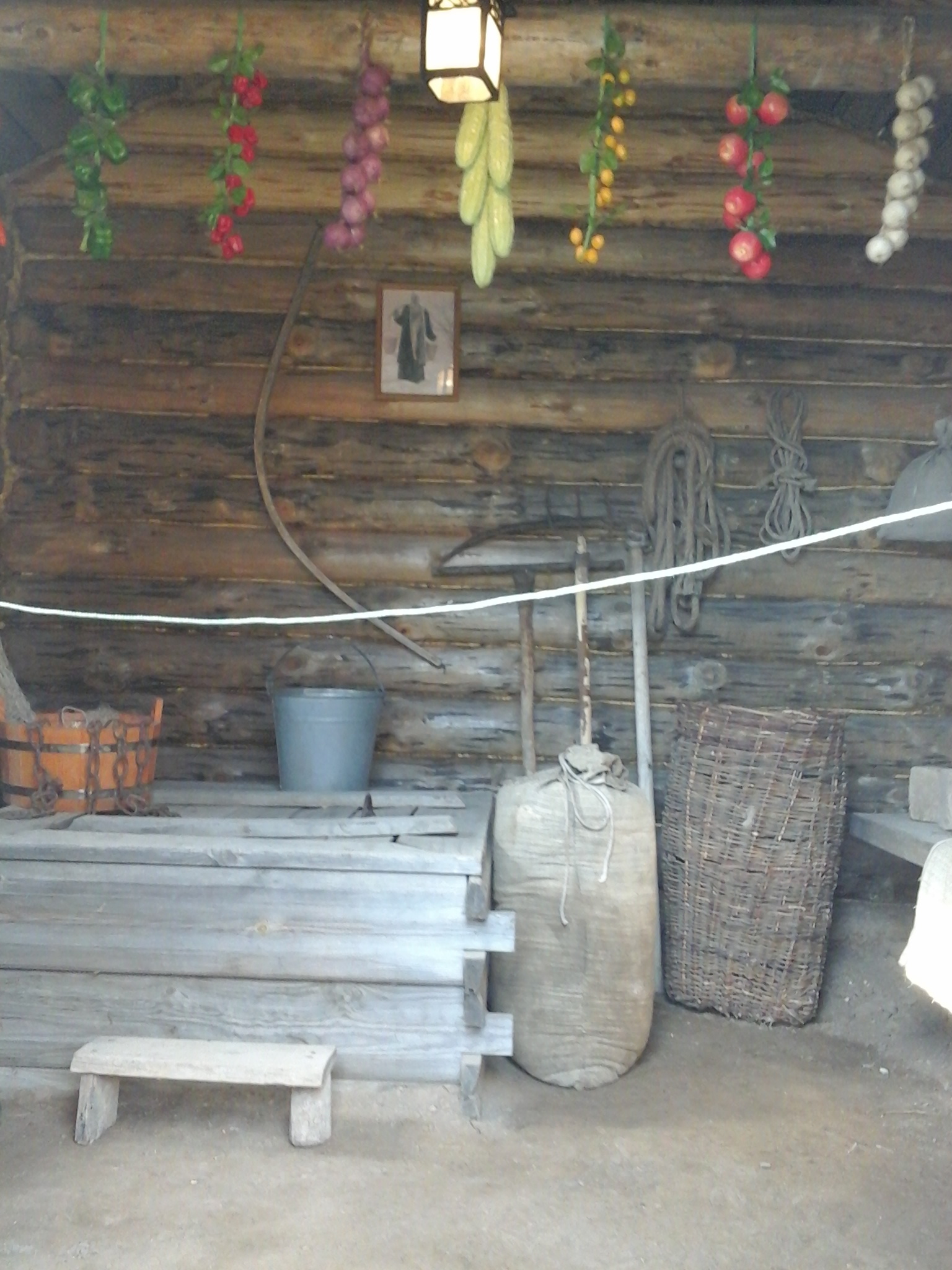 Different tools for farming in the courtyard of the house -museum 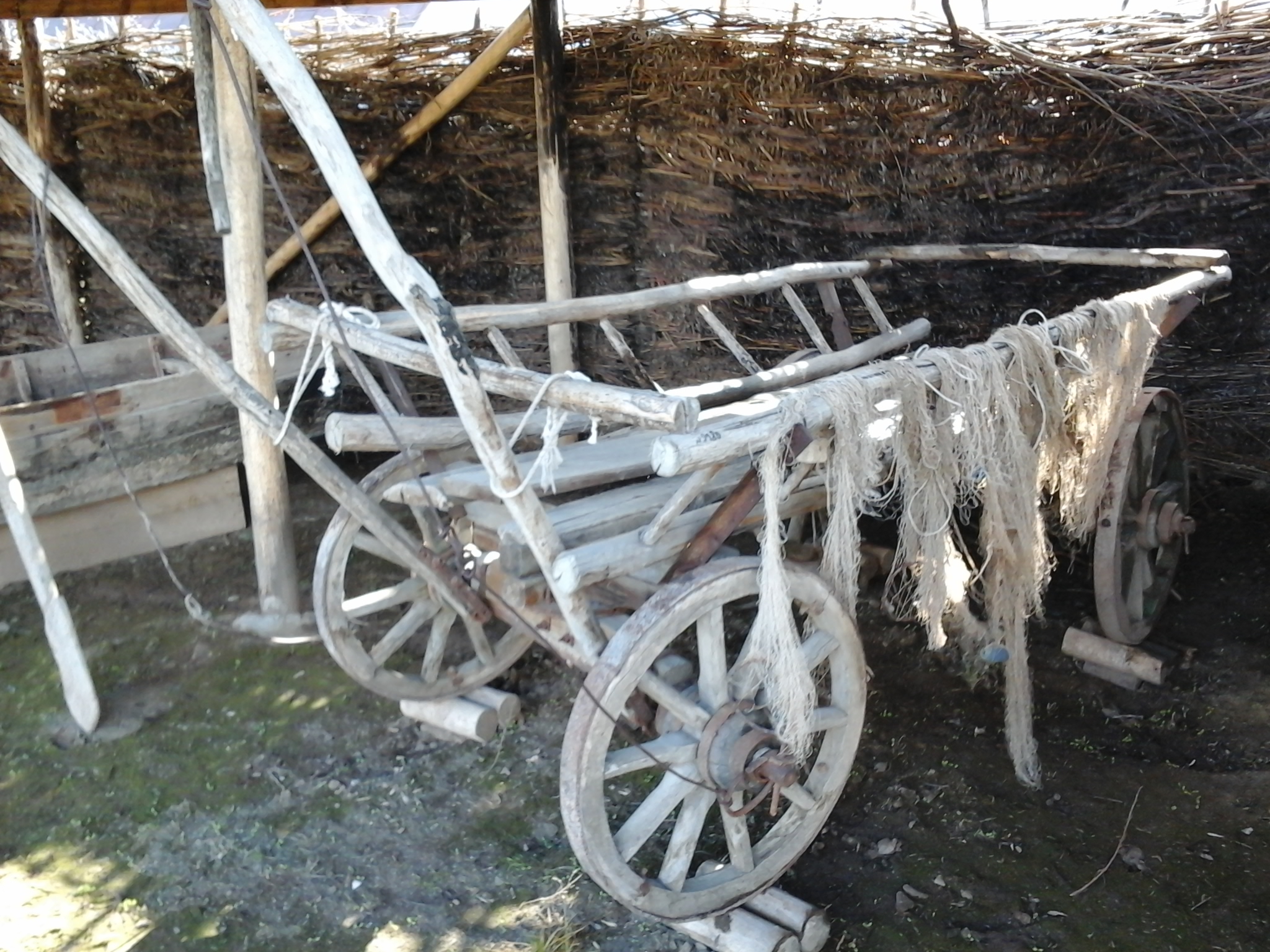 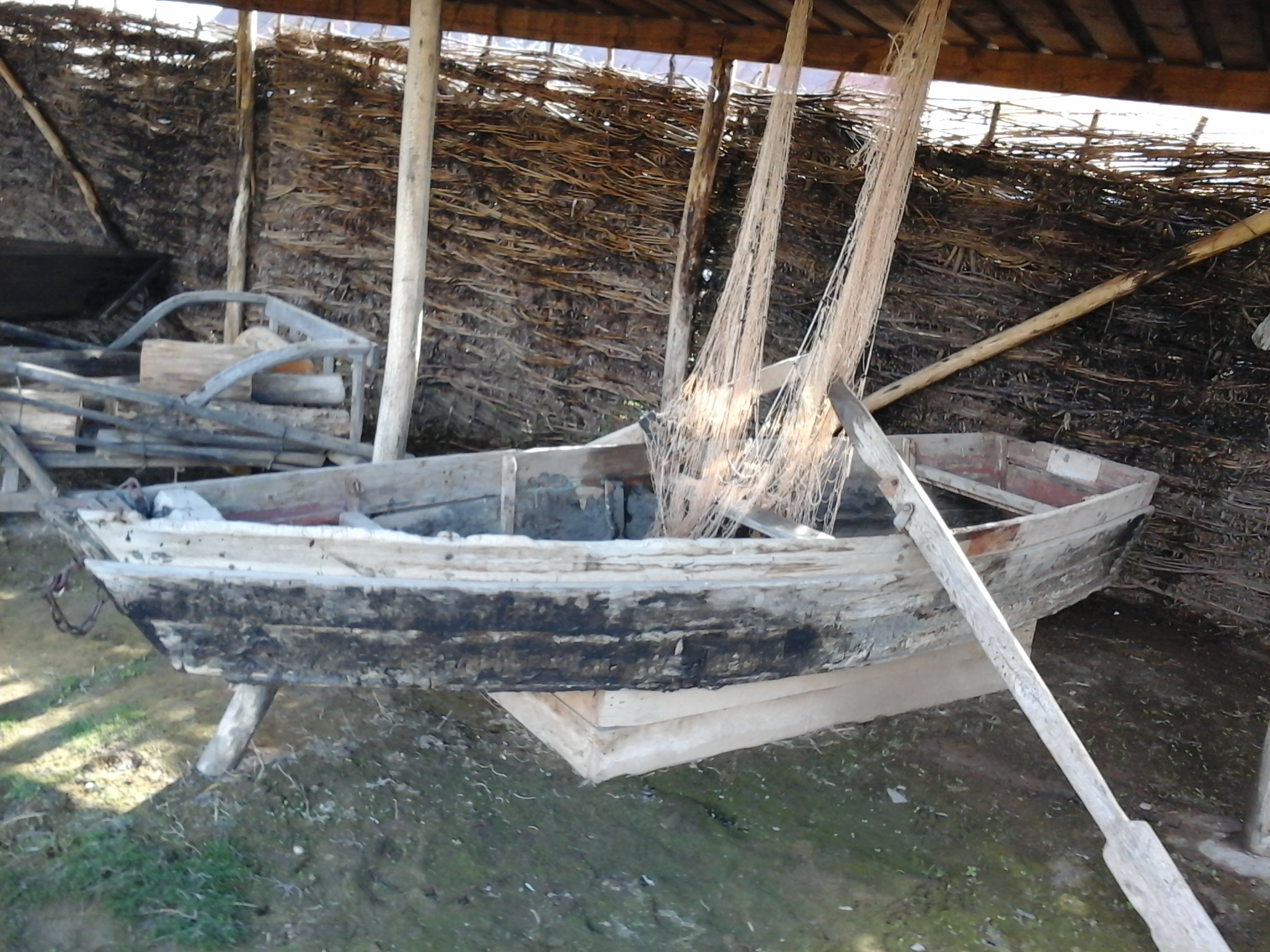